(Yes, this is my third thread, I apologise) I often feel too restricted when I make cars within a company, so this isn’t going to be a company thread, just me designing random cars.

Haven’t really got anything else to explain, so without further ado I present to you: The “Define”.
The Define is a premium family car, and it isn’t hard to see why. You have two engine options, a 3.2 V6 and a 4.5 V8. Both engines are fully aluminium, feature DOHC with 4v/Cyl and have Direct Injection. Furthermore, you have two gearbox options, a 6 Speed Automatic and an 8 Speed automatic. With the V6, you get a choice in gearbox but the V8 is 8 Speed only. This is because the V8 isn’t just an engine option, but an entire premium package that includes a tuned suspension, slightly modified exterior and so on.
Take a look for yourself, tell me what you think.

Not yet, it isn’t finished.

MOVED FROM OTHER THREAD

The inspiration for the Scimitar was the Porsche 9/11. What I love about the 9/11 is the way it’s managed to stick to it’s roots, despite having been around for over 50 years. It’s also not insanely overpowered and it just seems like a very well balanced car. This is essentially what the Scimitar line is going to be; reasonable, well balanced sports cars that will see all sorts of different models from 1975 to 2015 and beyond.

I’m going to let you download it and play about with it (and laugh at my inability to tune cars). You are probably going to need a lot of mods, but I don’t know which ones specifically. Just get all the workshop ones, including VMOs.
[attachment=0]Microwave - Scimitar.zip[/attachment]
Now, for a fancy gif.

Really nice cars Microwave.
May be I would ‘fill’ the Scimitar’s headlights with another couple of rounded ones, they would not look fully black.

Yeah, that’s what happens when you save it as a .png, the headlights are apparently transparent. Very annoying.
Thanks for the feedback!

So, this is a project that I abandoned a while ago. I want to complete it now, but first I want to know what people think so far. The car is going to be some kind of ridiculously unrealistic track monster.
So I’m wondering, what kind of fog lamp design is best? Original, new or none?
[size=200]Original[/size]

I’ll pick none or the new version.

Yeah, I think I’ll stick with none.

I think None or instead of two small lights, have one slightly larger

Is that a supercharger or mod sticking out of the bonnet?

Just parts from the Direct Injection system. It looks a lot like a supercharger, that’s why I kept it!

For the past 2 hours or more I’ve been working on this splendid little piece of machinery. I feel god damn proud of myself for making a car that performs like this. Hope you like it.

[size=200]T[/size]his is the fastest car that I’ve ever made (track wise and partially acceleration wise), as it is actually much faster than the Solstice Hypernova due to the fact that this car has lips and wings.
The engine is an undersquare 3000cc turbocharged inline-6 mounted longitudinally. You might be surprised that such an engine actually fits in a hatchback (trust me, I am too), however there was a slight issue with space in that I could not use any sort of OHC valvetrain because the engine would be too tall. Because of this, I ended up using modern OHV. Had we been able to use DOHC as planned, I reckon the car would have performed even better. The problem with the current MOHV is that I’m not able to fully control the torque curve, so the car ends up having a huge amount of wheelspin because of the huge wall of torque. Note: This is the race variant of the Astro. The regular production version shall be revealed later on. 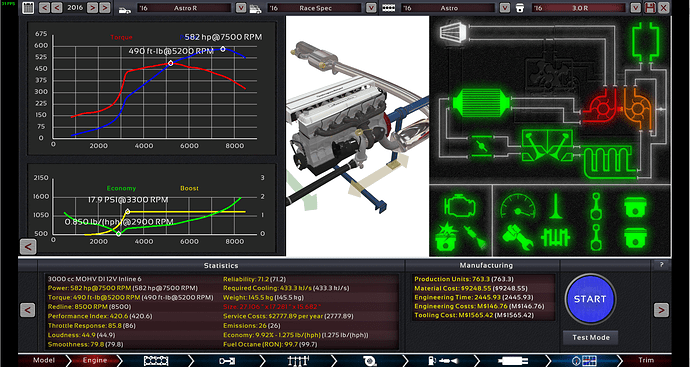 [size=200]T[/size]he Astro R is the fastest car that I’ve ever built when it comes to track times. It is a whole 14 seconds faster around Green Hell than the Hypernova, and it is also roughly 3 seconds faster around the Airfield than the Hypernova. However, the Astro R is a full race car and not a production car (the $700k price tag might have something to do with that) unlike the Hypernova, so it is a little unfair to compare the two.
This is the first time I’ve built a sub-7-minute Green Hell car, and boy am I proud of it

It is also the fastest car I’ve ever built in terms of 50-75 time, because it accelerates so fucking hard. 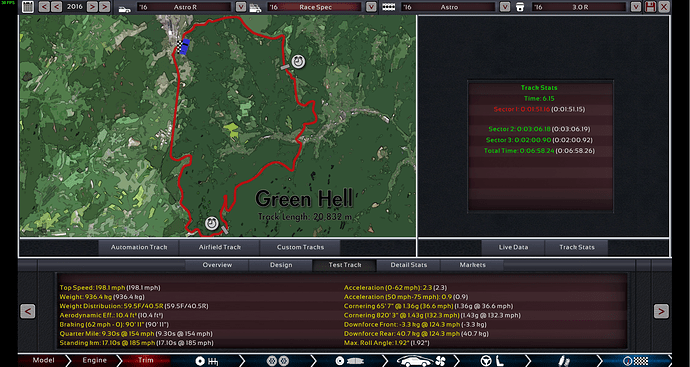 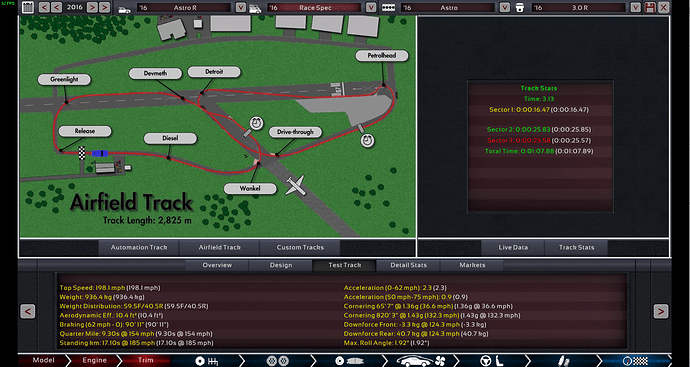 [size=200]F[/size]inally, the design tab for all of those who might be interested. Thank you for taking your time to read this. Also, seeing as you’ve already read it, why not tell me what you think of the car? What’s good about it? What needs improvement? Let me know! 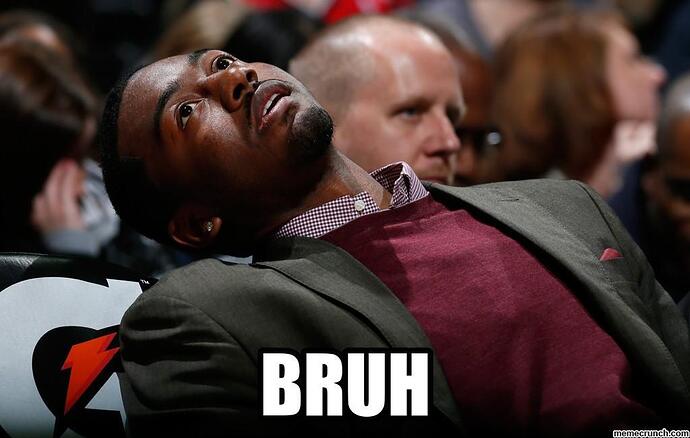 Lol man thats a fast hatch. I wonder how production friendly you can make it and still get a sub 7. This thing actually would hit the 60ft faster than most, if not all the GG cars due to being so damn light.

Compared to my FF project, this would be like pitching my Civic R against your AMG A45. Except of course major leak my project is expected to be a sub 200k track toy

Uh… how production friendly I could make it depends on how much people are willing to pay for a hyper-hatch.

Also, couldn’t have done this without you. The advice you gave me on the Hypernova was put to good use in this car.

I think so too

We need someone to make a hyperhatch challenge.

So, new niche was born? I need to sit down on my hyperhatch and design new version of Xy, called Spec-R3…
I wonder if I can fit huge turbo V8 in hatchback body

Lol, you will be able to fit a decently sized turbo V8 in this body but you will end up with a lot of wheelspin.

Lol, you will be able to fit a decently sized turbo V8 in this body but you will end up with a lot of wheelspin.