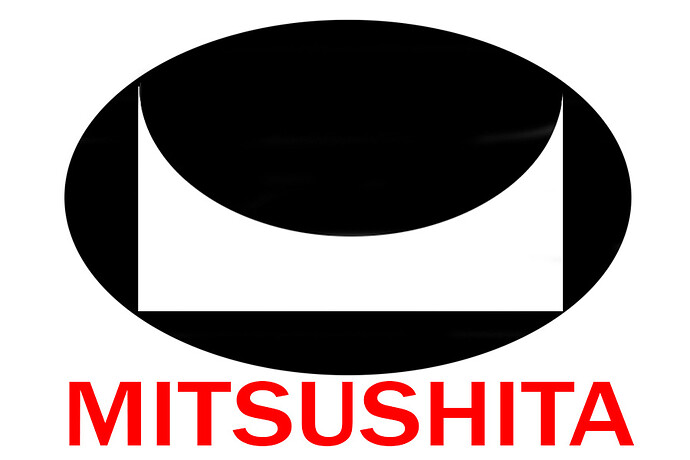 Mitsushita Motors Corporation is a Japanese Automotive manufacturer based in Yokohama, Japan.

Mitsushita as a car company was founded in 1938, as a subsidiary for Mitsushita Heavy Industries. It’s then Chairman, Masao Mitsushita, decided to get his heavy industries company into automotive industry with a goal to create luxury cars that fit in the needs of Japanese people.

The first car. Mitsushita Type 1, was completed in 1941. However, as the threat of war already loomed. The first production model didn’t get sold until 1947.

Since then, Mitsushita has become one of the largest car manufacturer in the world. With many well known model such as the Karna, the Boarilla, the Jesta, the Kuruan, and the Lorux pickup truck. Mitsushita is known for emphasis on affordable quality.

In 1964, Mitsushita acquired it’s struggling rival Royale Motors, as a way to expand into foreign market which Royale Motors already have established. Along with a few high performance designs and expertise which allows Mitsushita to enter motor racing. In the same year, Mitsushita also invested in Ananda Plainoi Motors Corporation, which focused on affordable developing market.

In 1988, Mitsushita Motors launched a new subsidiary, Cordia, which focused on more prestigious model. Although still with ties to Mitsushita. Cordia is known for making one of the most durable automobile available on the market. 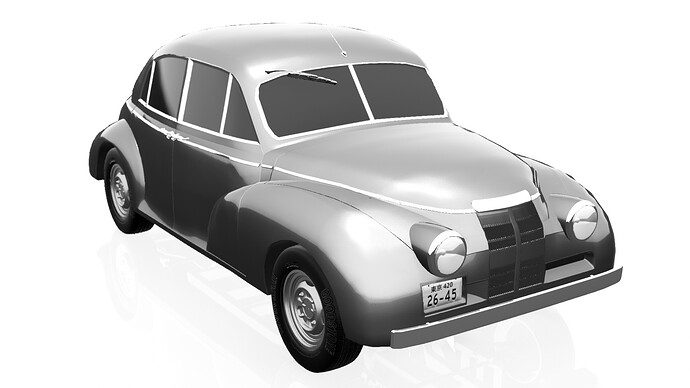 Mitsushita Motors Corporation was a spin-off from Mitsushita Heavy Industries. It was a way to diversify the market for Mitsushita which back then was already one of the largest manufacturer of industrial equipment in Japan.

Development started in 1938, Mitsushita purchased various foreign automobile to reverse engineer back into the Type 1. The styling is very clearly inspired by Western cars of the day.

The chassis is a simple body-on-frame design, with Independent front suspension and leaf spring at the back. The engine was a 2.6-litre Inline 6 Overhead Valve unit, using small single carburettor it was capable of 80 gross horsepower. The design is similar to those of the British Conan Cars. The transmission is a 4-speed unit developed in house and all of this made the Type 1 capable of 140km/h. Which considered other cars available in Japan then was brisk.

The engineering of the Type 1 was not sophisticated in any way imaginable. It’s true reversed engineering basis shone through very clearly. Although nearly all the components including the electrics were made in house.

As the car was finishing developement, however, World War 2 broke out. 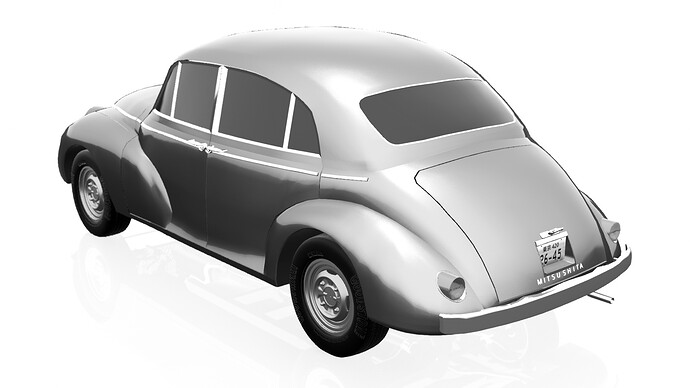 The car at that point were nearly finished. But with automotive section getting diverted to war effort, the Type 1 will not see the light until 1947 in very limited production for the government. In the first year only 13 unit were made.

But Mitsushita was one of the first car manufacturer in Japan to be granted permission to resume the production of automobile. In 1949, Mitsushita Type 1 finally made it into the market.

While it was a competent enough machine. It clearly was an old design. And foreign cars were faster, better equipped, more comfortable, more reliable and more sophisticated. The Type 1 was not a success, but that didn’t deter Masao Mitsushita in continuing the development of automobile.

The production stopped after the arrival of Mitsushita Type 2 in 1952. Total Production number was, in total, less than 400 unit.

These cars were discarded pretty quickly. And by the late 1970’s it’s widely believed that no example have survived. But in 1986, one example, in derelict condition, was discovered in rural area of Tochigi Prefecture, this car was then restored back with original manufacturing documents to perfection. Since then, another two example have been discovered and all is now in the ownership of Mitsushita Motors.

This car, in all metrics, might not be much, but it was a start of the things to come.

I’ve waited years for this, but you have finally rewarded our patience with a lore thread devoted exclusively to Mitsushita. Surely we’ll see and know of their model lines in the future, especially those which haven’t been shown before on these forums. 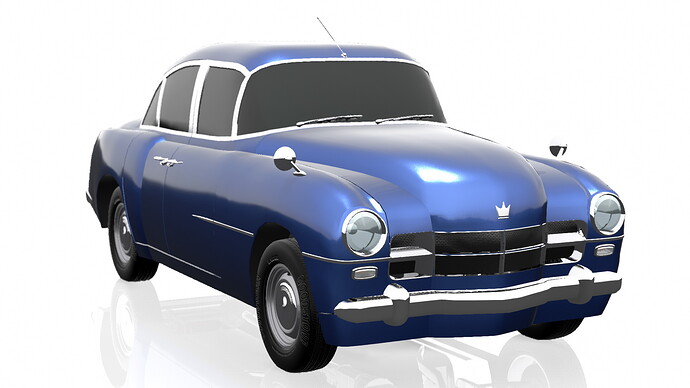 After the failure of Type 1, Mitsushita quickly went back to the drawing board to design a car that’s more suitable to the post-war Japan. The issue was that the Type 1 was too big yet not opulent enough to entice the few buying population wealthy enough to afford such a car. The focus with Mitsushita 2nd car was thus moved downward to cater for growing demand for affordable passenger car.

Mitsushita Type 2, as it was known during development, was newly designed from the ground up. Featuring new and modern monocoque chassis, this provide the car with stiffness not found in the Type 1. The suspension remained Double Wishbone at the front and solid axle at the back, now with coil spring.

In order to make a car that’s competitive in the market. The engine is all new, designed from the ground up with Overhead Camshaft technology. It’s a 4-cylinder 1.6-litre engine producing 75 gross horsepower. Nearly as much as the Type 1 engine. With such advance technology, it was decided that the engine development would be helped by Conan Cars in England. Along with chassis tuning and factory optimisation.

Despite having less horsepower, it also weighs 100kg less than the Type 1. The result performance is about the same. The car is also a lot safer than before and more comfortable overall. The design, for people who know American cars, will be quite clear that it’s inspired by 1949 BKOO. Allegedly a personal preference of Masao Mitsushita himself who was chauffeured in such a car.

After the development was finished, it was decided that the car will be called the Kuruan. Or, Crown, as the westerner would say it.

The main point is, the Kuruan was nearly 20% cheaper than Type 2 was, while being a lot more modern and contemporary. After it was launched into the market, the Kuruan became an instant success in Japan. Well known for it’s practicality, reliability and performance. This car kick started the Kuruan dynasty which still continues today. And allowed Mitsushita to become a household name. 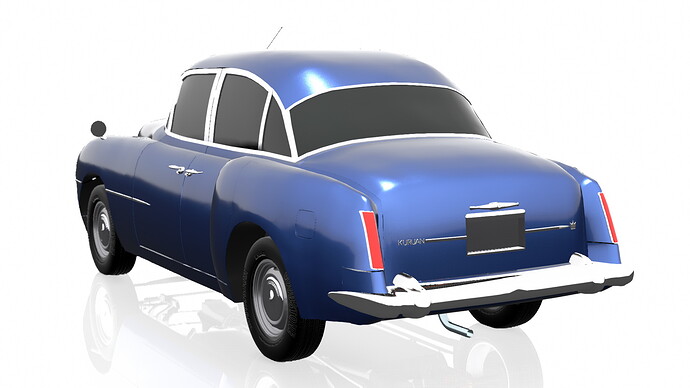 I love the designs and lore of these cars. Keep it up!

1955 Mitsushita Constanza: The People’s Car with a Touch of Flair. 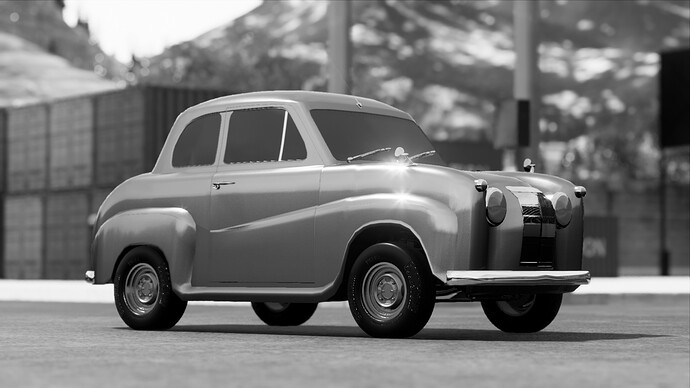 While the Kuruan was selling at a steady pace. It was clear to Mitsushita that there was a demand for smaller and cheaper automobile. The company went to work starting right after the Kuruan hit the market. Something that’s a bit more economical for a country which was still in dire strait.

In order to make the new, small car. Mitsushita drafted in help from French and German engineers to work on the new small economical car. Available as 2-door, 4-door, and convertible. It was decided that the new small car would be rear engine for simplicity and weight reduction. And the engine would be only a 3-cylinder unit.

Unlike the Kuruan, this new engine is simpler, overhead valve design. Displacing 1347cc and fueling through single carburettor. 55 gross horsepower is sent through 3-speed column shifter, allowing the car to reach it’s top speed of 117km/h and 0-100km/h can be achieved in 20.4 seconds. 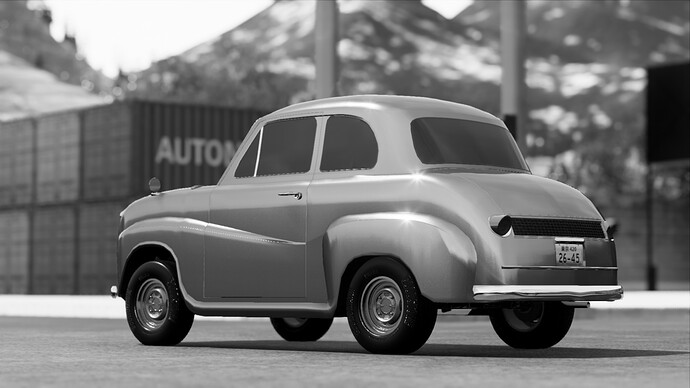 It’s an incredibly small car, with only 3.5 meters in it’s length and with light front end. The new car, which was christened the Constanza after a city in Dominican Republic, has it’s defining characteristic in being incredibly zippy and with light, effortless steering.

Not only that, but the styling was positively original, and very much au courant for the era. It was also good 40% cheaper than the Kuruan. All of this ensured that it would become a hit in the market. 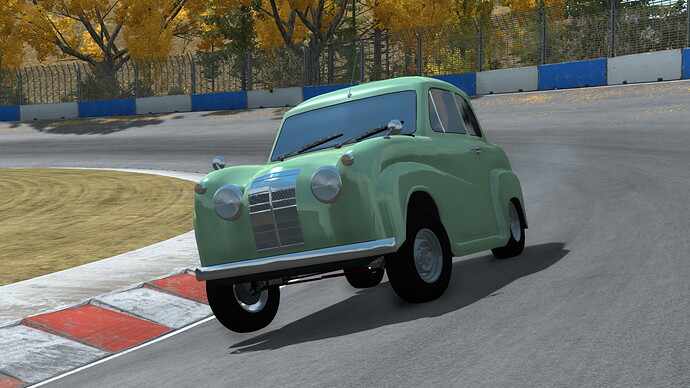 The suspension was all independent, similar to existing rear engine design. It’s actually one of the earliest Japanese design to incorporate front anti-roll bar in a car. This, along with the rear engine design, gave the car it’s defining characteristic as depicted above. While the rear suspension didn’t have the camber change risk of swing axle design so it was a very stable and steady car to drive.

The economy was not as good on long, motorway cruise. Because in order to cruise at 110km/h expected from such test the car would needed to be driven flat out. Unlike the Kuruan which will comfortably go at 120km/h all day long. But the Constanza wasn’t meant for long cruise anyway. And in city driving, this small displacement and 600kg car, 400kg lighter than the Kuruan, was in a class of it’s own. 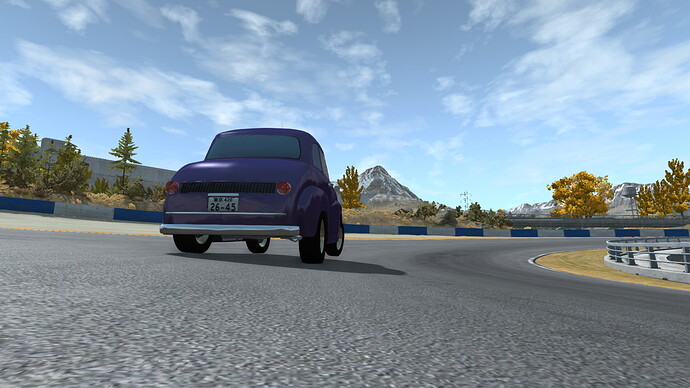 Not long after it was launched, a company called Morishita Engineering Works, situated near Mitsushita headquarter in Yokohama got hold of one. And decided to spice things up a bit.

Morishita would later become the foundation of Mitsushita Works. The in house tuning department for Mitsushita. Creator of classics such as the Kuruan V8, the Kitty GT, the Karna TZi-20, the Jesta Baleno TCS, and the first Sesta R. This was the first car to adorn the famous blackcurrant purple on gold wheels colour scheme. 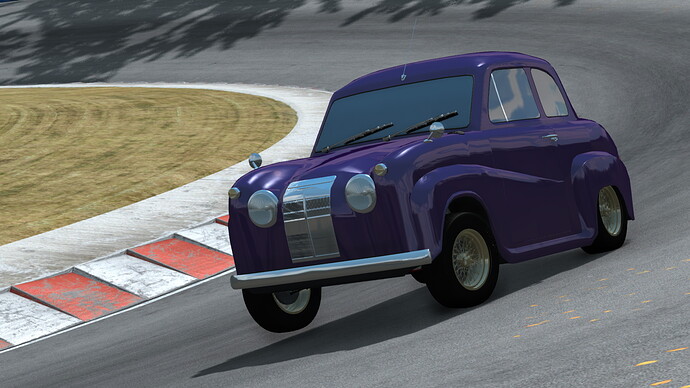 Still with it’s defining characteristic, the Constanza 1300 S, as it was called, was stiffen, with better brakes. The engine was souped up with hot cam, new high compression piston and DCOE carburettor. This 1347cc engine produced nearly 70 gross horsepower in a car weighing in at 630kg.

All of this creates a spritely performance. 0-100km/h in 11.8 seconds and top speed of 134km/h. Costing about the same as the basic 1600 Kuruan. It was a popular choice for club racer with it’s handling characteristic comparable to German Sports Car. Although it was not a great car to drive on the road due to rough idle, high octane requirement, harsh ride, and low level of comfort.

Production for the Constanza ran until 1962. In the end nearly 60,000 units in all variants were produced. It helped cementing Mitsushita reputation as a dependable car company.

Man, if it were sold earlier. The Mika would’ve had a competition, but whatever. Good car. Might need a bit more chrome.

It is the perfect competitor for the CMT City.
Same horsepower and size… Yeeep.