So following on from a discussion on the Official Automation Discord Server about a gap in car body types and exactly where those gaps lie. Because we could not broker a consensus upon where exactly that gap fell, or indeed which gaps were the ones that needed filling most urgently, I have decided to conduct a survey upon what the most commonly used body type is for most automation users.

If you see this, please take a look at all of the cars that you’ve made and please report back on what your top three most common vanilla bodies that you use are, in order to show the modding community where new models are needed. This is by no means a perfect system, nor does it delegitimise modders who choose to disregard this survey’s conclusions, it simply exists to give those who are more community focused a vague idea of what to make next.

That’s all for now guys, hope you choose to participate.

Cheers for the feedback, if you could have a look through your models and write name of the body type of the top 3 most used vanilla bodies for you, that’d be a massive help.

I use the Silvia body, '02 McLaren body, and CCX body quite a lot, but I’d say we need more modern hatches, crossovers, swoopy sedans, and 70s mid engined sports cars.

I use the '60s Roadrunner bodies, 80s and 90s sports car bodies (idk which i use the most, maybe the NSX) and the '49 cadillac body the most.

I definitely agree with the crossovers and I’d welcome anything from the 40s and 50s. Also a 60’s pony car wouldn’t hurt.

Agreed - and to that I would like to add more late-90s/early-00s E-segment sedan bodies (5-series, E-Class, A6, Lexus GS, Jaguar S-Type, Commodore, Falcon, etc.) - there simply aren’t enough bodies of this size for that particular era.

For bodies that I want to see is more compact bodies!! (105-108" wheelbase) Currenlty in automation there is a very large void of US Compacet bodies, we just havee 104" and smaller subcompact stuff and 110" and larger midsize stuff, its annoying. because subcompact bodies dont strech enough and midsize ones dont shrink enough (plus they weigh too much), IMHO I would really like to see a Chevy/Holden Equinox, or a Ford Escape/Kuga body added, and a Previous and current gen Ford Focus sedan/hatch/wagon body added too!

I avoid making more than one car model on the same body, but I did end up using the 80s compact mod for 2 different brands that I have, all the other cars i have made were each done on a seperate body, excluding facelifts and trim levels.

I think we need more of everything, to be honest, because you may be able to morph a body into something new, but you’ll always be able to recognize a certain body by the stuff that isn’t, usually through a distinctive greenhouse shape, windows or pillars. I’ll try to narrow it down to a top 3 from my personal preferences:

Outside of my Personal Preferences, we could do with More Classic American bodies (50s, 60s and 70s Sedans, Coupes and Hatchbacks) and vans for the Heavy Delivery market (Ford Econoline, Renault Master, Mercedes Sprinter)

What I believe we need for new bodies is mid 1950s to early 1960s American cars, things like a mid-size (~3.0 m wheelbase) and full-size (~3.2 m wheelbase) version of the current 1960 2.7 meter Sedan body we have, as well as mid-1950s stuff (because designs at the time were rapidly evolving. So that would be cars inspired by the looks of the Chevrolet Bel Air (which I believe is already in the works), or the Checkers Marathon.

This may be kind of nit-picky, but all of the pickups are SUT and/or UTE styles (where the cab and bed are one piece) would be nice to have the cab and bed separate in the model, and an option for a chassis cab (no bed) for the modders to play with (flat bet, box, etc. could make some of these with stacked fixtures).

Outside that I use almost all of the 90-2010s sedan bodies about equally.

Yes, definitely more American sedan/coupe/wagon bodies ranging from the '40’s to the '90’s.

The list everyone seems to forget is pinned in the Discord

I have no frequent used bodies, as I’m following the timeline and using the bodies one by one. Though I would like to see more cars fit for rear engined setups without tiny engines.

I would like to see a 2.7m wheelbase compact sedan like the new Toyota Corolla or the Honda Civic. A 2.8m-2.9m wheelbase midsized SUV is also welcome like the Subaru Ascent. So far, we only have 2.7m wheelbase compact SUV bodies or over 3m wheelbase fullsize SUV. Maybe another MPV body like a Nissan Elgrand or a Toyota Alphard. Another good modern MPV body would be the current Honda Odyssey body. I would also like a new 80s full-size luxury sedan body and another 90s fullsize luxury sedan bodies like the Lexus LS400. A new sports car body like the new MKV Supra or the GT86 would be lovely as well. Since the longer wheelbase version of the Silvia body is too wide for me and as a result looked bloated, I would like to see more 90s GT bodies. More 90s MPV are great as well like the Toyota Previa and the especially the Honda Odyssey.

I don’t have frequently used bodies, as I randomly create a car just for fun, though what we need are those bodies from 1940s to 1970s, as well as sedans/SUVs/crossovers from 1990s to present day.
@thecarlover One of my Kee mod body is actually a Talbot Tagora, rather than a Volvo 700 Series.

I think some boxy bodies for downsized American fullsize cars are needed(2.9m wheelbase) 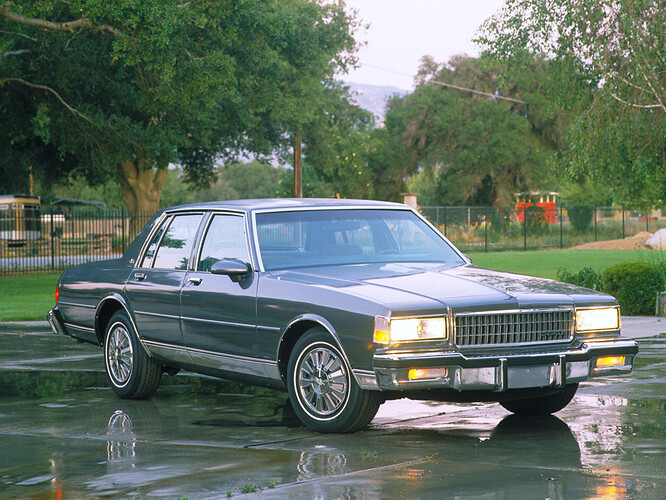 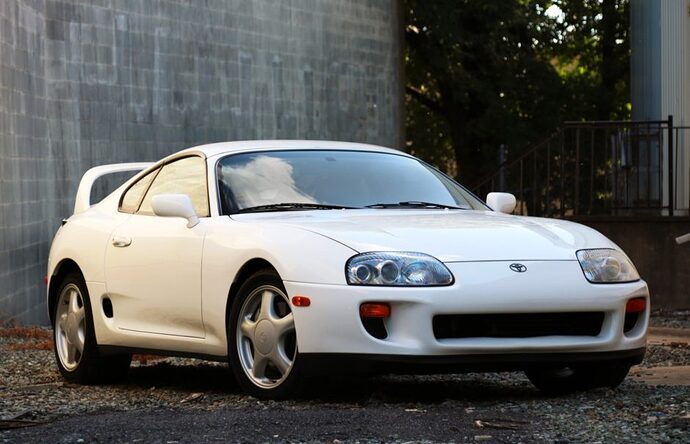