I think I may have made the most powerful engine in the game. I started out trying to recreate the Hennessy venom gt’s engine. And then I realized just how much power I was getting out of it with push-rods and and multi-point EFI. So I updated it with direct injection and dual overhead cams and got over 2100 Hp. 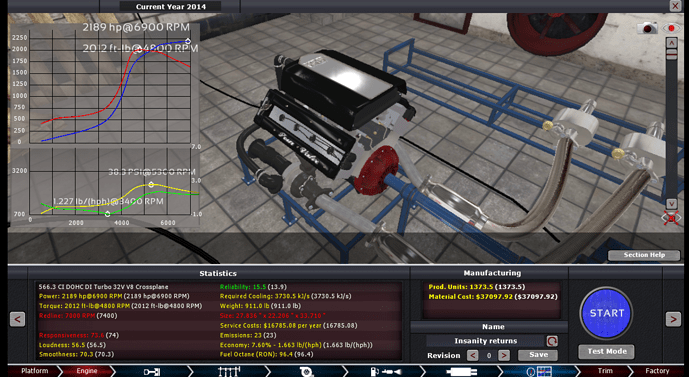 Nope, sorry to rain on your parade but the most powerful engine in Automation is somewhere in the 3,700hp range. I think it’s someone called deskjetser who holds the record. I have no idea how they do it, but I guess keep trying!

There’s a thread for it somewhere called “Your Most Powerful Engines” but I can’t find it quick because I’m on mobile. 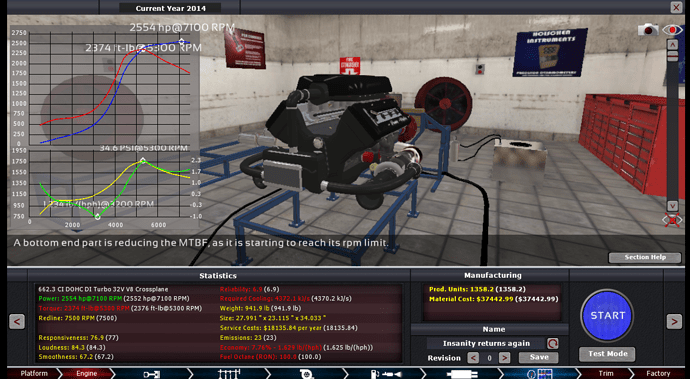 After some more adjustments I managed a little over 3200 Hp. 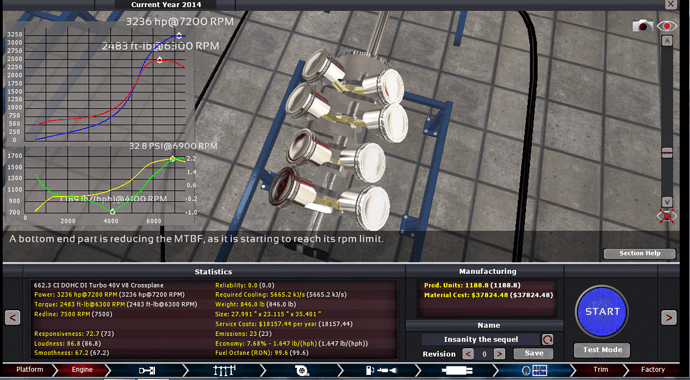 A little more than DJ’s. 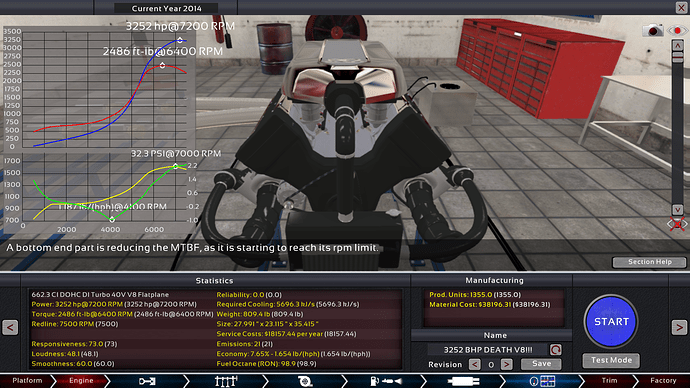 I sacrificed a little torque for a few more ponies 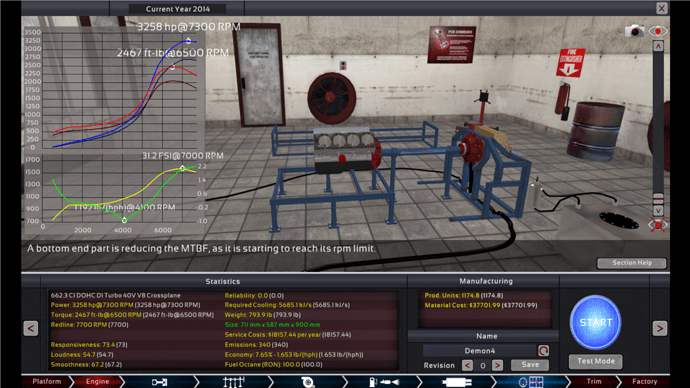 Also, remember to set the year to 2020 for the best performance possible. 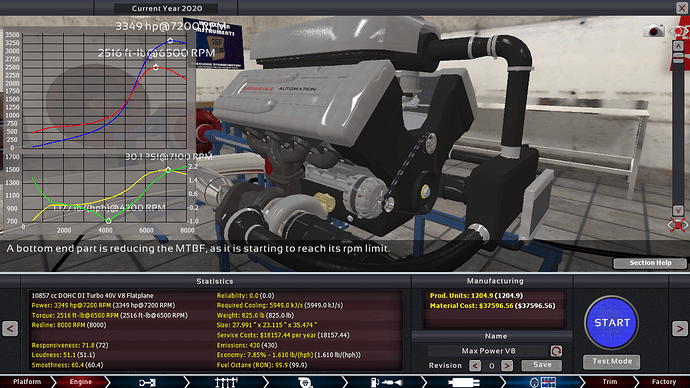 When I get home from school today I’ll try to beat your’s.

you could get higher than that with 0 mtfb, it was completely pointless though.

I cant break 3259 HP. what knowledge am i missing?

I cant break 3259 HP. what knowledge am i missing?

You need to fine tune the Turbo so that it works best with the current cam setting.
You also may need to tune the ignition and compression ratio better to squeeze that last bit of power.
But for the most part, it’s all about Turbo/Cam optimization.

Also, if you guys are having a tough time matching what I got, I can post the engine .lua if you want.

PM it to me please, because when ever i adjust anything i get a large power reduction

There’s really no point in posting/displaying a motor with 0 MTBF/Reliability, who cares if it runs… we can’t use it for anything, so… it’s totally useless.

It’s more of a technical simulation achievement. I agree in sentiment but would be a bit hypocritical as I also like game-breaking builds. So it’s good to have a not of a benchmark to see what is possible.

[size=70]That said, I am running a 3094hp engine with reliability of 30 in one of my one-off builds just because I can, though it is vastly impractical

The absolute maximum that I can get is 3312HP. Can’t get it higher. Might be cause I haven’t slept since yesterday. But at the moment I can’t get any higher.

But I’m really bad at going for pure power. Whenever I do, it’s just completely unusable.

But I’m really bad at going for pure power. Whenever I do, it’s just completely unusable.[/quote]

I have since improved those numbers, (messing around with the engine builder during lectures helps) 2100hp is my new record. Reliability isn’t that great though.