A historic brand from Argentina is opening “again” to the world by reviving a long forgotten icon! 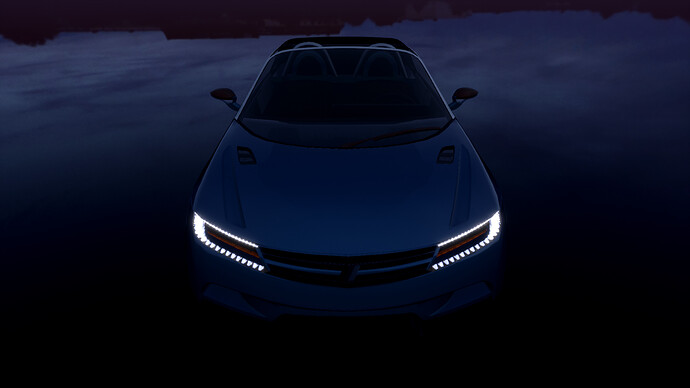 This picture was just revealed today by MTA’s PR department with a bold statement:

If you are familiar with cars from the 60’s, you are probably crying with pure tears of happiness, or rolling your eyes whispering “not again” if the 80’s are your thing, but to most people, this isn’t much more than a picture with a silly catchphrase.
That’s why I’m here to suggest you to take a seat and make yourself confortable, because I’m going to tell you a story of a car brand that has gone and come back from the dead so many times the Fenix would be jealous. I’m going to tell you the story of MTA.

-Next week will be the next entry of this thread! Thanks for coming by!-

To understand the present, we have to know the past. That is no exception with MTA; after all, this company is almost 70 years old, even more if we consider its previous activities. 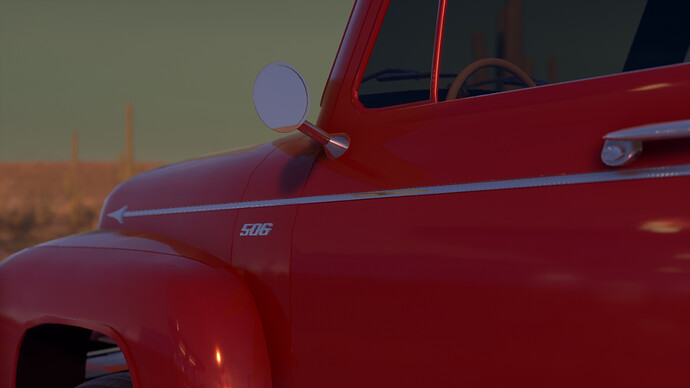 The story of this car brand began in 1951, when Paolo Emilio Torricelli inherited the fectory that his father had built during the 1930´s (the Torriccelli family was one of the main developers of the steel pressing and stamping industry in Argentina). He started building custom bodyworks for imported truck chassis, and selling them under the name of ITA (Industrias Torricelli Argentina) and model number 506. These bodyworks included an open truck bed (model 506A) or a closed one (model 506C). 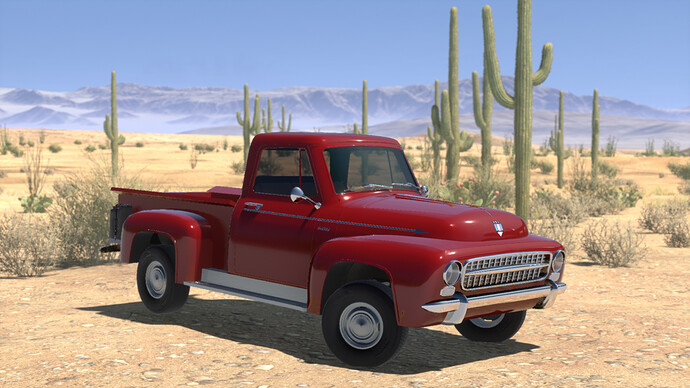 The engine, a 2.9l inline 6, was of national manufacture, but its bulky design predated WW2. It lacked power (barely 89 hp at 4400RPM) for 1950´s standards, but it had decent torque (193Nm) for it’s size . With the government supporting the development of national industries, and the agoindustry in need for a light, inexpensive and reliable truck, this truck sold really well in the country. 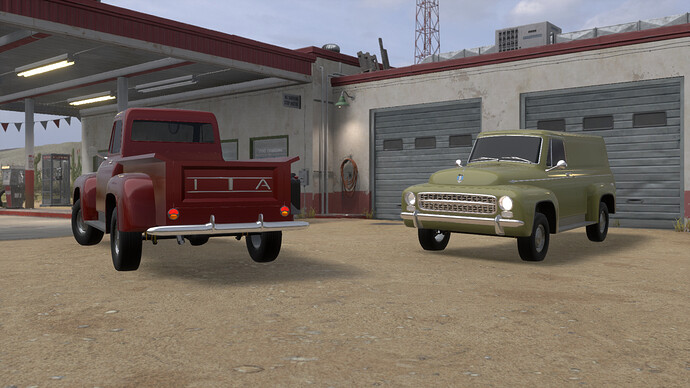 The success of the 506 brought a hefty income for the company during the 4 years in which this light truck was sold, and Torricelli took advantage of this to develop future projects. Still, it wouldn’t be until 1955 that a new model was released to the public, this time focusing on a bigger -but more challenging- market. 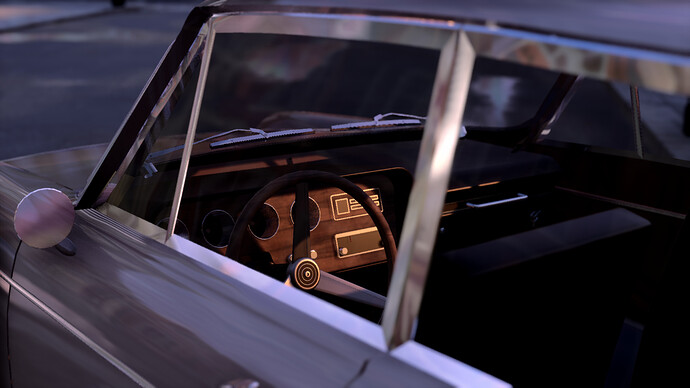 -Next week will be a new upload on this thread! Thanks for coming by!-

That’s right, the 506 was the ‘standard’ work truck in the country, and it paved the way for future competitors from other brands.

Setbacks and Successes:
The Goleta

During the first months of 1955 Paolo Torricelli was readying up the last details of his new model, under the codename 554: 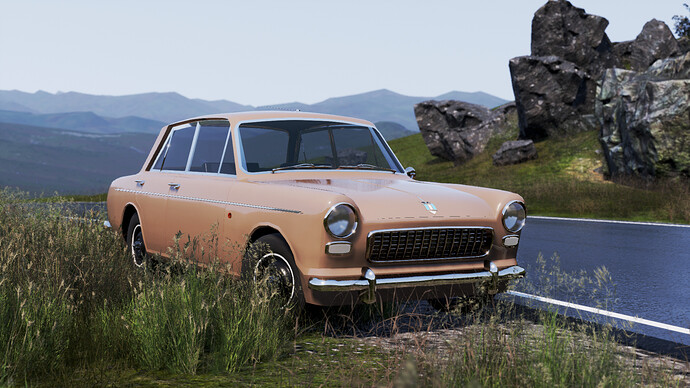 It was a relatively small (4.1 meters long) 4 door sedan designed for families with average income that needed an inexpensive way to travel locally. It’s engine, a subtle 1.8 l inline-4 -making 60hp- was more than enough to get it going, as the car weighted “only” 960kg. 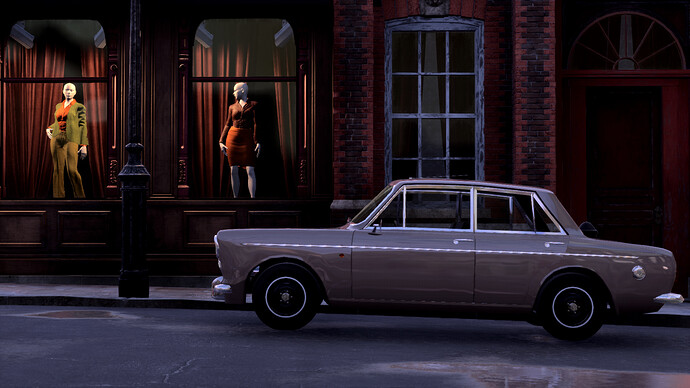 However, the same year a militar coup brought down the government. Due to its good relationship with the former head of state, Torricelli was forced to flee to Italy, having built only a few pre-series 554s. It wouldn´t be until 3 years later, in 1958, that Torricelli came back to Argentina, after democracy was restored the same year. The factory reopened soon after his return, restarting production of the 554, this time under a new name: Goleta. 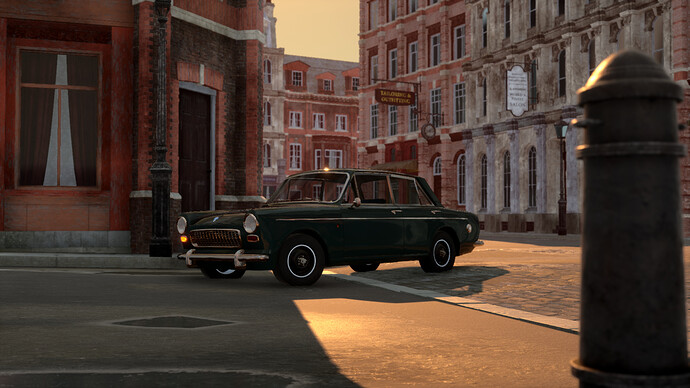 Apart from the name, which stood for Schooner -sailing boats were another of Torricelli’s passions-, and some visual aspects on the rear end, the “new” version (left on the picture below) remained the same from the pre-series (on the right) 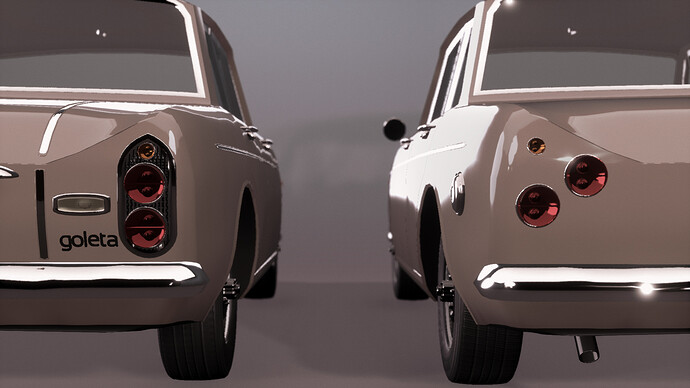 The car was very well received by consumers, as it still had decent specs and confort for it’s price tag. And despite it’s design having three years old, it was completely new for the public, so it stood in production for 7 more years. Torricelli earned a solid reputation in the country thanks to this inexpensive and reliable car. 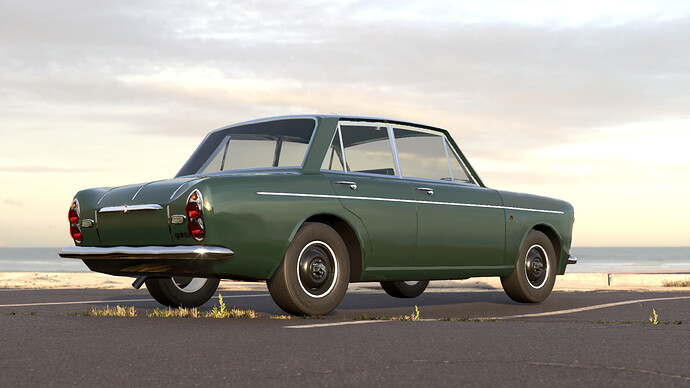 Still, ITA was quite unheard of outside from Argentina, and it would stay like that until the surge of a new model in 1962. 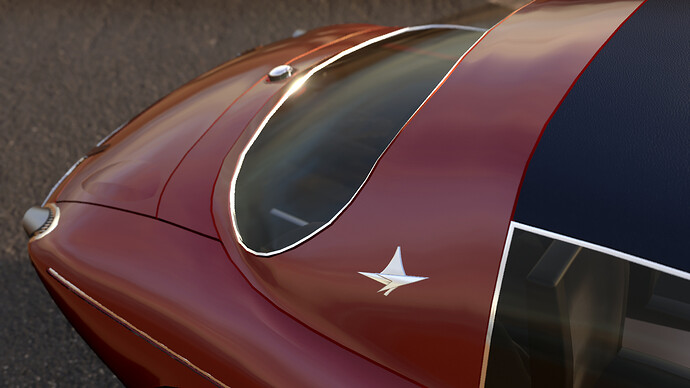 It’s just a minor detail that is easily corrected, but your door handles are the wrong way. Having the pushbuttons facing towards the hinges instead of away from them makes them ergonomically awkward to operate. Look at any car with pushbutton handles and you’ll see what I mean. Other than that I like your designs, suitable and realistic for the era.

Aw man I just realised lol. Somehow I made up in my mind the idea that it was common to open the door with the right hand! Thanks for the advice.
About the cars, I’m slowly trying to improve the level of detail in the cars without putting an excesive amount of time on it, the Goleta was one of the first models that I made for the company, so it’s a little less polished than others.

I can easily see another reason why the 554 series Goleta got its name: Goleta is also the name of a suburb of Santa Barbara, California, and the definitive exterior design for it seems to bring some West Coast flair to the Argentinian car-buying public.

Well, Torricelli may have done a few trips to Detroit during the 50s to get the know-how of automotive industries. Maybe he went through CA on it’s way back to Argentina to gather some inspiration

However, for the next model, the inspiration would come from the old continent…

Into the World stage:
The Cuter

What if I told you, that one of the most iconic cars of MTA was born thanks to an unsuccesful prototype? 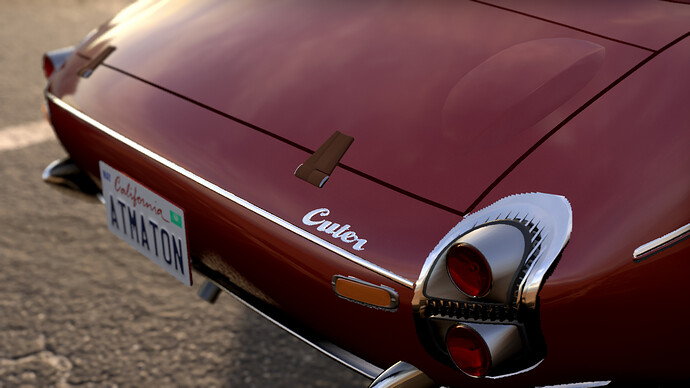 I know, it looks like an oversimplification of events, so I’ll provide more ‘sense’ to this chapter of MTA’s story.
1960 was a challenging year for Torricelli and -as it was it’s name at that time- ITA. The government was promoting the development of the national automotive industry by allowing other companies to build their factories in the country. From small west-german brands to the north-american automotive giants, everyone was settling down in Argentina. Competition was growing strong in the country, and so Torricelli had to deal with it with novel vehicles.
Enter Mario Torricelli, Paolo’s son. He had been studying engineering at Italy since his father took him there during the militar coup in 1955. He came back to join his father’s company with some new ideas from the old continent. 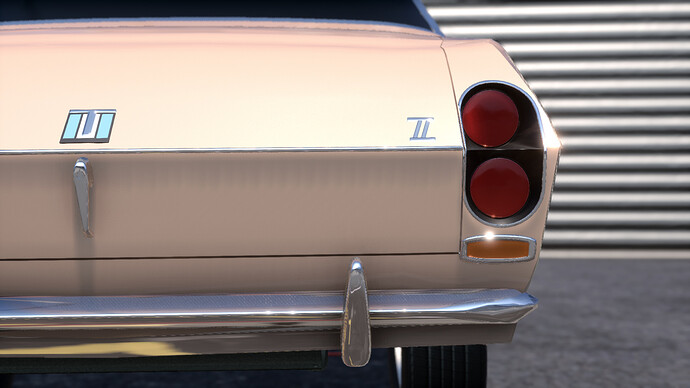 Taking advantage of the national success that the Goleta had, he wanted the next generation of the car to be re-branded as a ‘small sport family sedan’, a vehicle that mixed the performance of a light sports car and the practicality of a small 4-door. To achive this novel mixture, Mario and a small group of engineers and designers built a prototype of what could be the Goleta II: 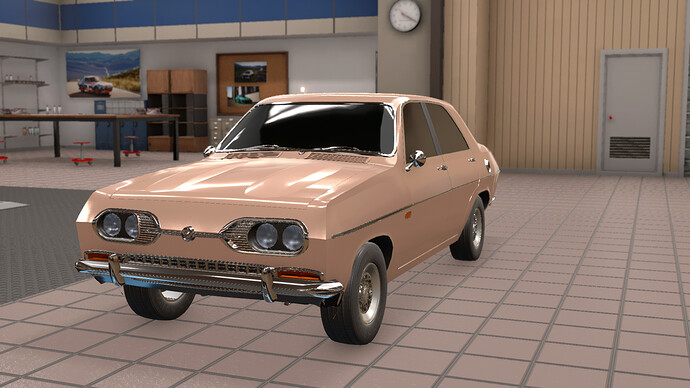 Mario’s ‘recipe for success’ included a completely redesigned chassis, improved suspension and brakes, and a brand new 2.2l flat-4 coupled with a 2-speed automatic gearbox. The engine itself was groundbraking for what was available at the time in the country making 82hp at 4400RPM and 142Nm at 3200RPM. With the car weighting 1100 kg, it was a decent contender even for some european light sports cars. The difference between the Goleta I and II was substantial… and that worried Paolo. 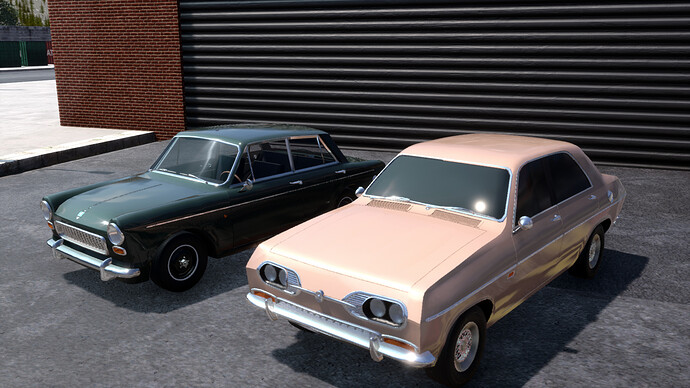 It was considerably more expensive and unreliable, to the point that the automatic transmission randomly dissengaged the selected gear. He saw the prototype as a step away from what he was trying to achieve with the Goleta, so he halted the development and instead went with a safer option: he kept the production of the first gen, adding in 1961 an estate variant called Gran Goleta. 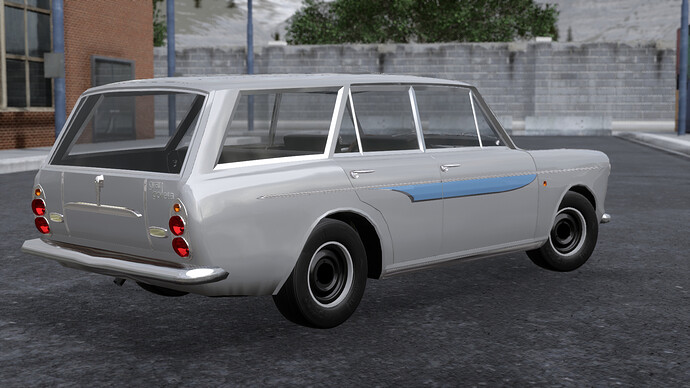 It wasn’t all bad news for Mario though. His father put him in charge of a small team of engineers tasked with the development of a light sports car that would use the engine that he designed. Only one year later, in april 1962, the car was unveiled as the ITA Cuter: 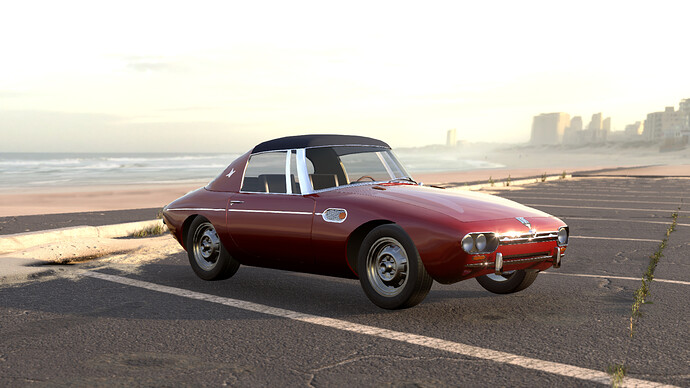 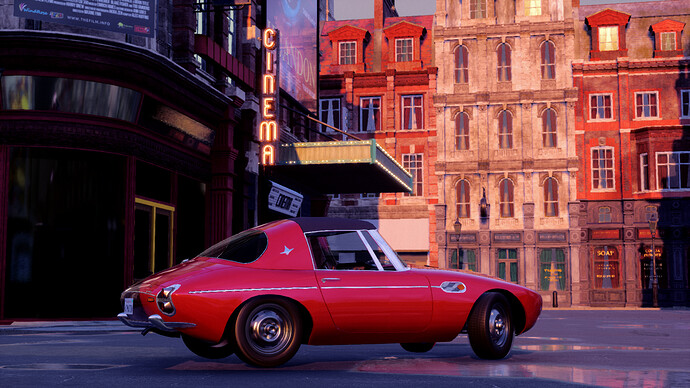 Needless to say, the car had some impressive stats for its time: 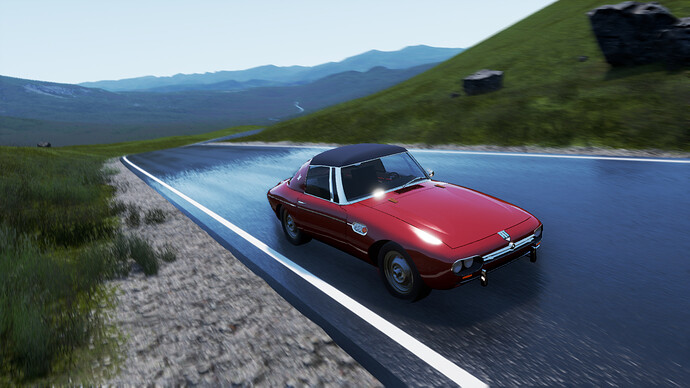 With its smooth looks, serious performance and relatively low price (the interior shared many components with the Goleta to reduce production costs) , the Cuter (although it’s kinda cute, the name stood for Cutter) caught the public’s eyes. However, these were not argentinian eyes, but english, french and italian. That’s right, this car got really popular among Europe’s gentlemen drivers. In fact, the demand for this car was so high that ITA sold 5500 more cars than the original 200 planned for production. 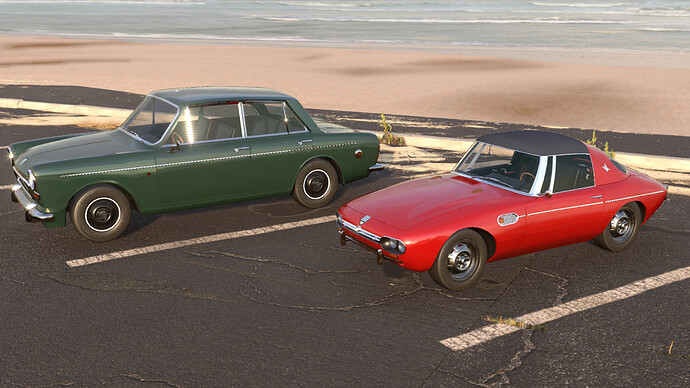 Even though the Goleta cemented the path for ITA’s growth in Argentina, it was the Cuter that made the company jump into the automotive world stage, and initiating what would be known as the golden era of ITA 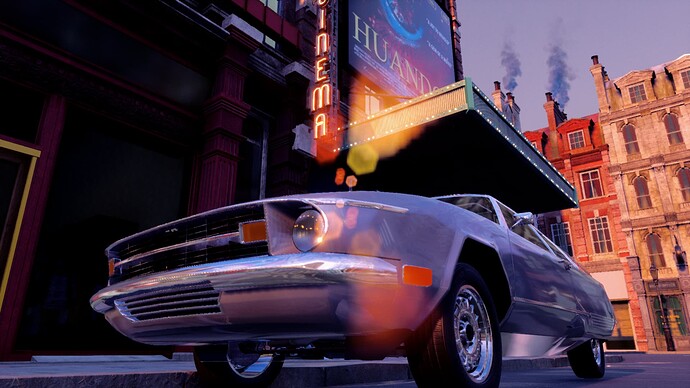 Cuter as a concept reminds me a bit of my RAUK PM02. (WIP)

Small sports car with good P/W ratio for its time, similar in performance and weight distribution. Even though they overlapped each other in production only for a little more than a year, they are interesting to compare.

(And yes, I should probably finish the PM02 instead of this blabbering, lol)

Fun fact, I am thinking about sending this car to you for the Trafikjournalen retro cars review. Maybe you could do a comparison between the Cuter and the PM02 (I don’t have BeamNG so yours will probably behave better on road lol).

Eh, you don’t have automation, how do you make the cars then?

I’m sure you mean something else?

I don’t use beam very much anymore though since it tends to crash my computer nowadays.

OOC: I made a few edits on older posts in order to make the next one a proper continuation. I’ll be updating this thread soon!