I’ve bought this '91 Mercedes-Benz 200E in January. I’ve had a 2003 Hyundai Getz before that and although it was a very reliable, economical and practical little car I couldn’t love it. It was crumped inside, the interior was terrible grey plastic all the way. And to above all, it was white so it looked more like a microwave-owen than a car. It needed to go sooner or later. But what should I choose for my next ride?
I’ve always loved older Mercedes cars, but I was afraid to buy a 20-30 years old vehicle. I’ve read many stories about how reliable and sturdy cars were these but it still seemed a crazy idea. My original plan was to get a W123 but after I consulted with some guys from the Hungarian W123 Owners Club I realized that a W124 would be a more adequate car for me. It’s easier to find a rust-free, well maintained and low-mileage example of the later modell.
So after a long search I’ve found the one you can see on the pics below, bought it and I’m happy with it ever since. It’s a 5-spd manual with a 2000cc petrol engine. What I like the most in the W124s that the early cars will reach oldtimer age next year and their shape still doesn’t look dated! Its final design was approved in 1981 - just compare the W124 to other cars from that year! It’ll look like a spaceship next to some of them.

When I drive it I don’t feel that I drive a 22yrs old vehicle - the German luxury car feeling is stronger than the old car feeling. Ergonomics and visibility are perfect, the switches and buttons feel like new. The shifter needs firm hand like but not in a bad way - it’s not hard to change gears but you can feel that you operate machinery - not the game-controller feel of the modern gearboxes.
I haven’t regret yet to get an old Benz - I couldn’t imagine myself in a practical (but dull as hell) Hyundai again. 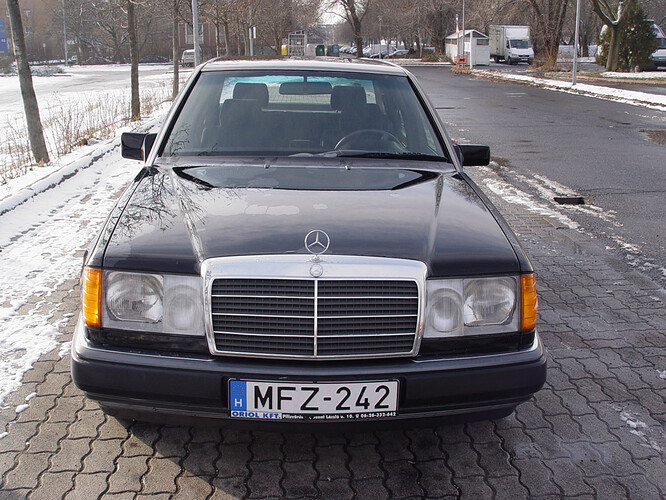 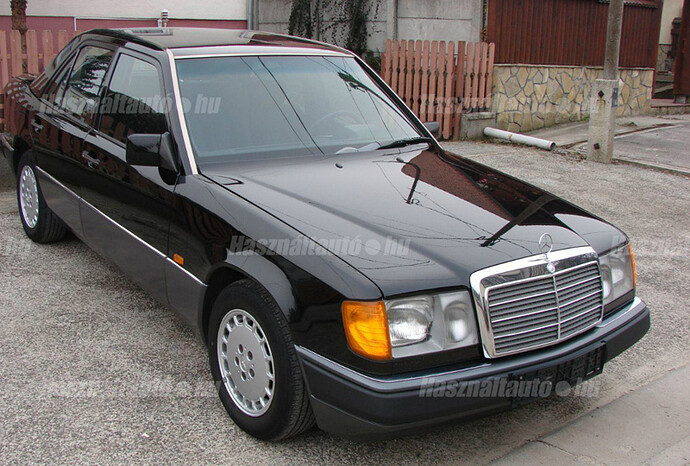 I have your same “softspot” for the W123 and I perfectly understand why did you take the W124.
Congrats

I haven’t regret my choice so far,. The upkeep of a W123 is getting more difficult and costly as these cars are getting really old these years. And perfect condition examples are much more expensive than they were a few years ago. So the 124 is the more practical choice for a “youngtimer” Merc. It’s more modern than its predecessor but still an oldschool Mercedes - much better building quality than later Benz models of the mid to late 1990s.

What really amazes me that the W124 was available in sedan, station wagon, coupe, cabriolet, pullman limousine, ambulance, taxicab, hearse and even in 300+ HP über-sedan format - and it was a perfect base for every of these very different versions! It’s hard to find another car so versatile in automotive-history.

My car is imported from your home-country: it’s only previous owner was an elder Italian gentleman. He preserved the old Benz very nicely for me.

One of my friends in High School has one of those. It still drives like a tank with nearly 800k Miles on it.