This is the first car I’m posting on this forum, tell me what you think. Any constructive criticism is helpful

The idea is high-end sports racing car, hence the open bonnet for maximum airflow over the engine for better cooling and the rear bumper spoiler for more theoretical downforce. 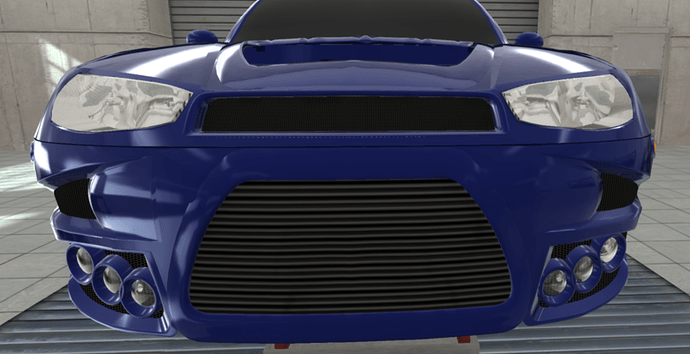 bold look. The back end looks great, though I’d narrow the lip so it doesn’t hang over the sides. A little constructive criticism however, The triple lights up front look good but not on the corner like that, try moving them a little closer together so it doesn’t wrap around. Then the hood, its a good idea and I can imagine a ZR1 style Plexiglas cover on that, but if you’re going to show off the engine give it a good looking top end, the multi point injection single with performance intake like a corvette, or a mpfi/di twin intake like a Ferrari, or individual throttle bodies with race intakes so we can see the trumpets. Otherwise that plastic cover isn’t very cool to look at.

Liked it a lot. But i still think that’s some kind of joke for April Fools