My First Car: a Community Thread

This is the thread for posting the absolutely horrific looking builds we all made when we started playing automation.

I looked around for a thread like this but found nothing, so I created one. So go dig through your sanboxes or your old automation posts and find the biggest eyesores possible. And post them here, so that we can all share your pain. And in a strange way, we can use these awfully designed and often questionably engineered cars as testaments to how far we’ve all come since we started playing automation.

Don’t be shy, post your noob builds! We’ll laugh, but we’re laughing at the build and not at you.

I’ll go first. Hoo boy was I a truly clueless automation player when I first got the game around 2016 or so. 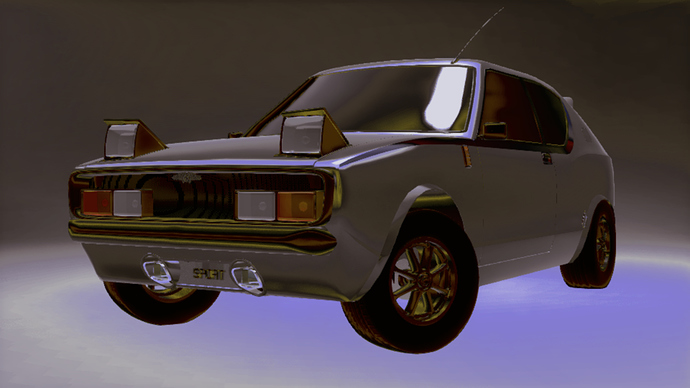 And some other ugly gems 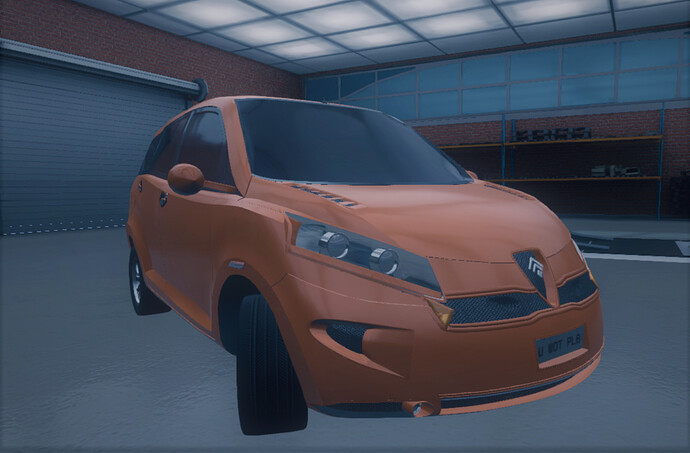 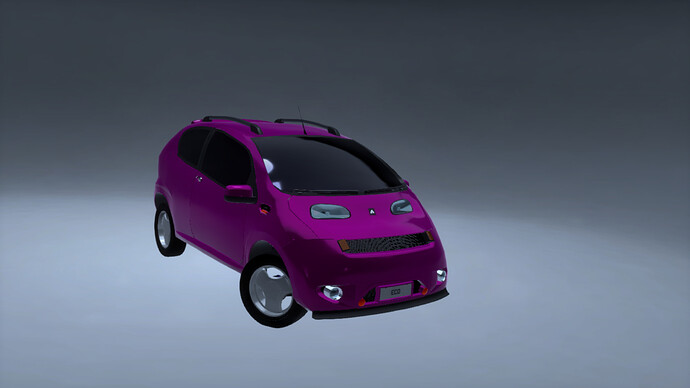 And I cannot forget the fucking burger style I had made for Taimania in the Automation discord last year.

I can’t believe I actually liked this but I wonder if anyone has any other photos of this or something like this that I made. Cause I remember someone edited a burger one time and that gave me a good laugh. God I have so many eyesores I can’t even count it.

Oh man the automation discord can be absolutely brutal to inexperienced players.

Sadly I don’t have any pictures of it, but my first car in Automation, made in the dark days of the Kee era, was a ridiculously powerful but incredibly impractical hypercar. Why was it so impractical? Because I used +15 quality on everything. Fortunately, after realizing that excessive positive quality increases production units and engineering time beyond the point of practicality, I began to learn how to use quality sliders much more sparingly.

My first car, a german supermini that got 30mpg with an anemic engine. 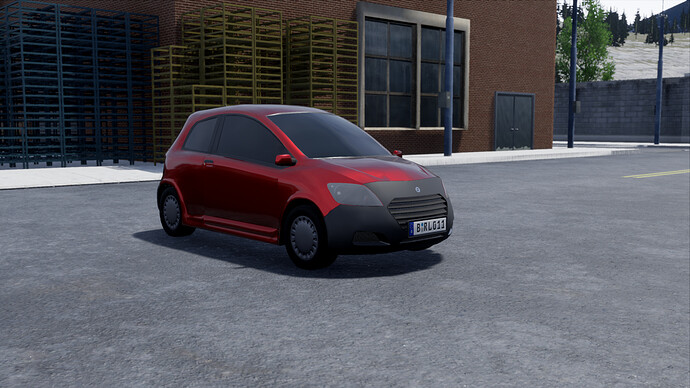 I started in sept. 2018 so I would be a relative newcomer. I have no screenshots of my first few cars, I guess I never figured out how to. They were dreadful 40’s era cars. I did find my first 2 screenshots. I did not realize until now that that some of the fixtures had drifted. This was a 2.5 litre 4 banger. 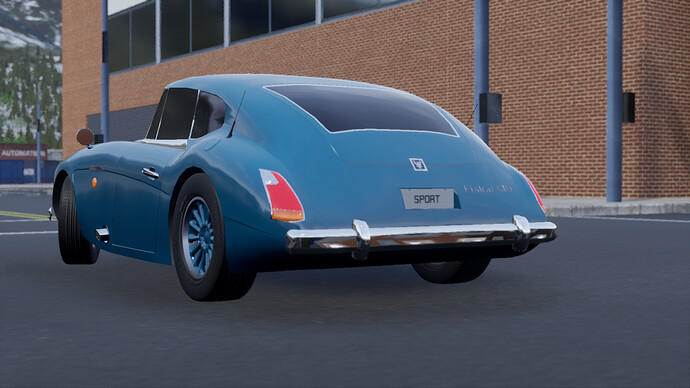 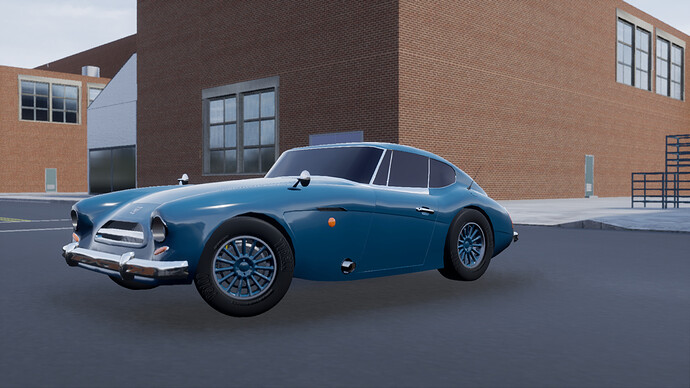 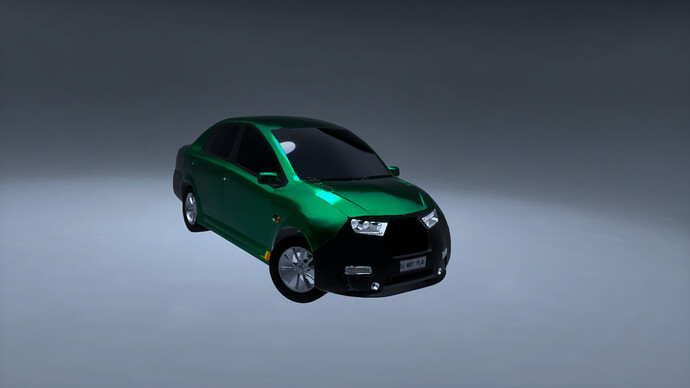 Given that this thread is about showing off the very first cars we made, it deserves to be placed in the Car Design subforum.

i think this was my 2nd ever car, my 1st was lost to the shadow realm. 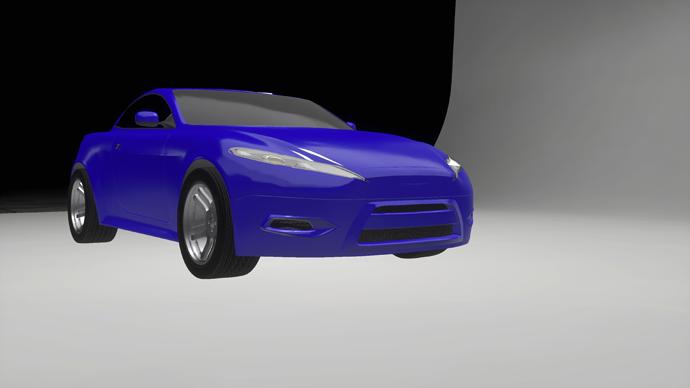 I think this was my first ue4 car, scrolled up to 2017 in the discord and found it the comments i saw really helped me get to where im at today! 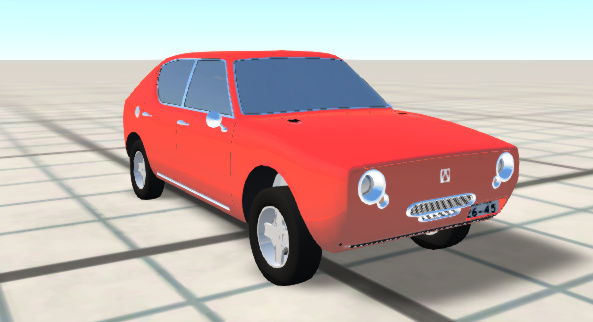 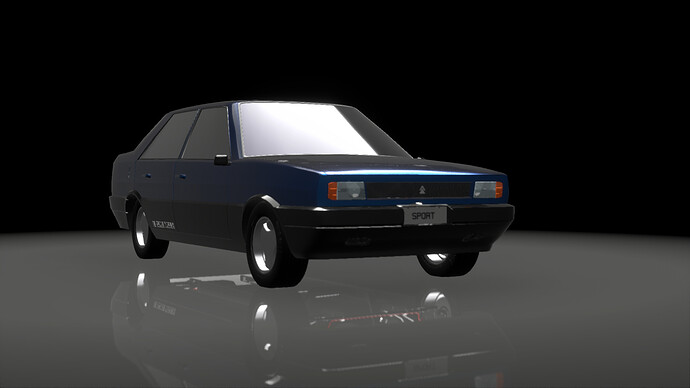 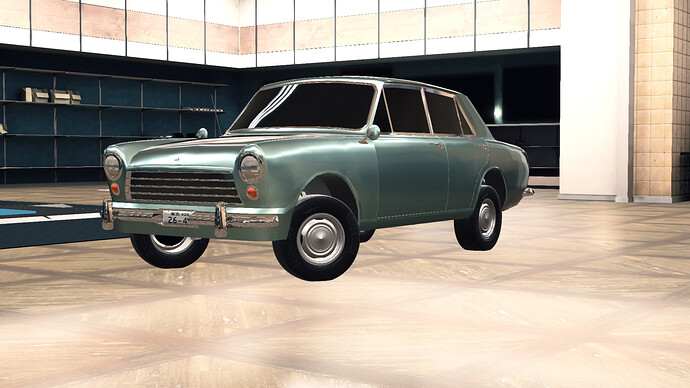 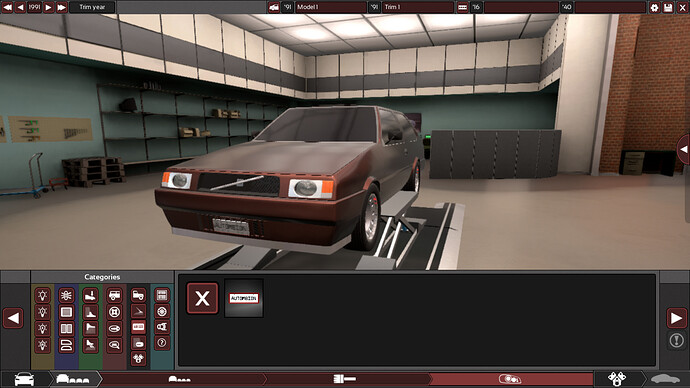 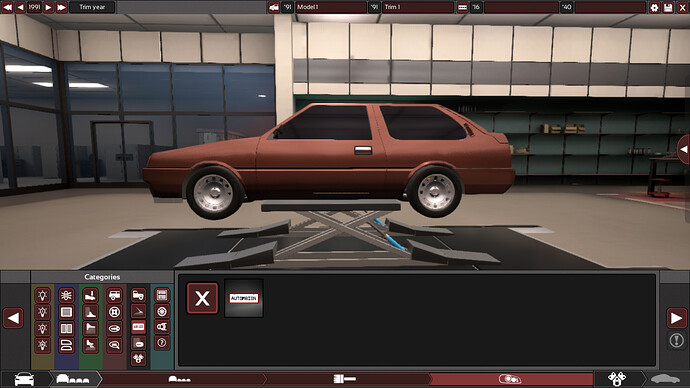 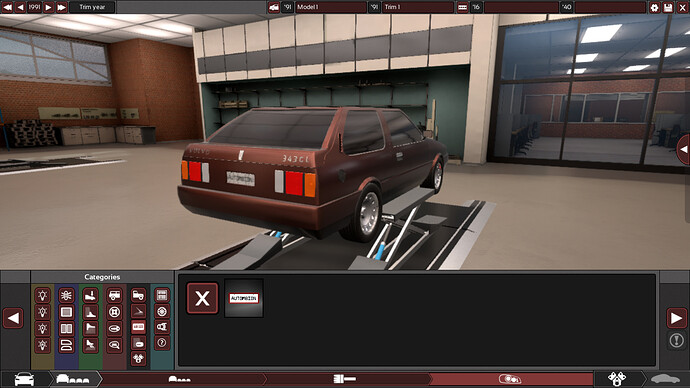 What happenned to the Omega body anyway? 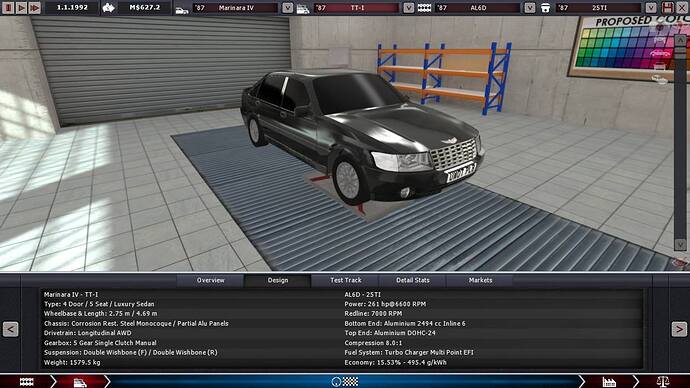 What happenned to the Omega body anyway?

It hasn’t been converted to UE4… yet. I wish it had been, though; nevertheless, we already have a few sedan bodies with a similar size and wheelbase to that one, so it’s not much of a loss.

First Car i’ve Ever Made when i Brought Automation Game on Steam, literally made for testing the game only 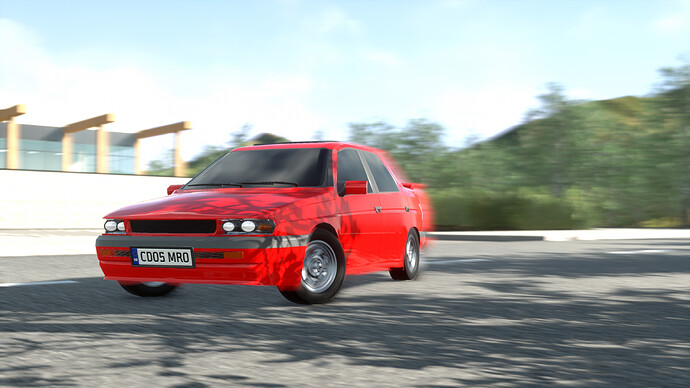 I don’t actually have my first build anymore, but this is the oldest one I still have- it’s meant to be an older version of BeamNG’s Sunburst. Was actually pretty fun to drive, if with a bit too much oversteer. Don’t know why I went for solid axles though. 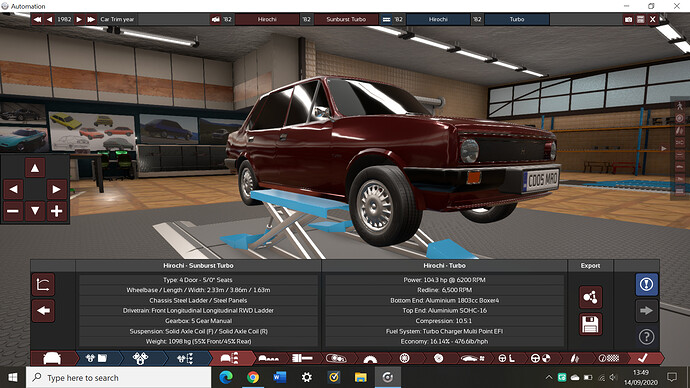 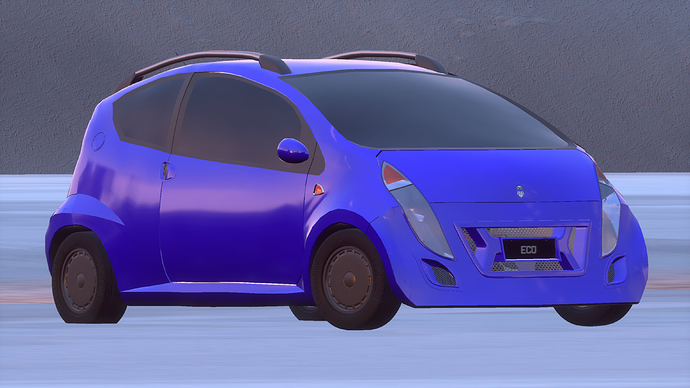 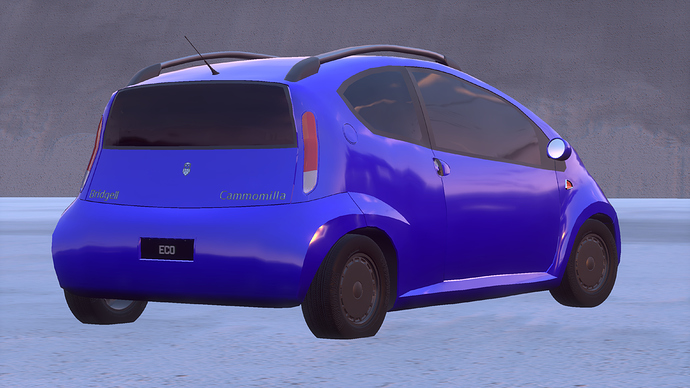 Still, I liked the bugger. Mainly the name: Bridgell Cammommilla. So I recently remade it. It’s still weird, but at least it’s not unsightly anymore. And looks like an actual car. 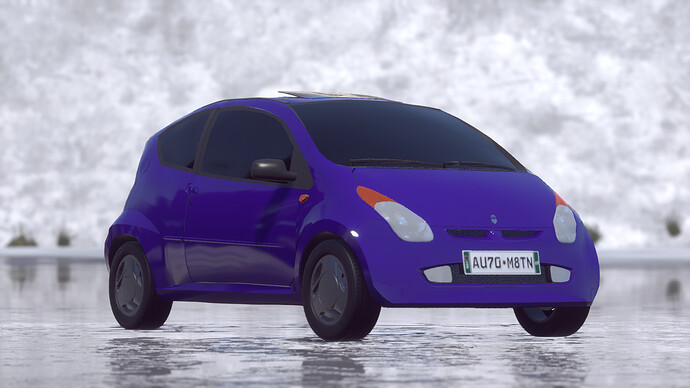 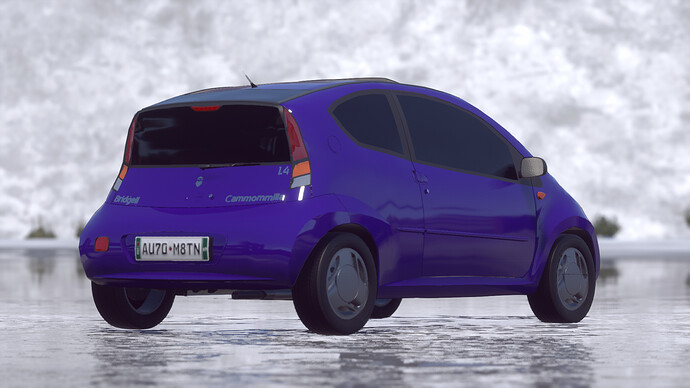