Not the new one from India, but the last one from the former soviet times!

I’ve always like the idea of the underdog, and this certainly is that. From the much laughed at period of communist directed rear-engined waywardness Skoda managed to tidy up the handling surprisingly well to produce a rather sweet little coupe: 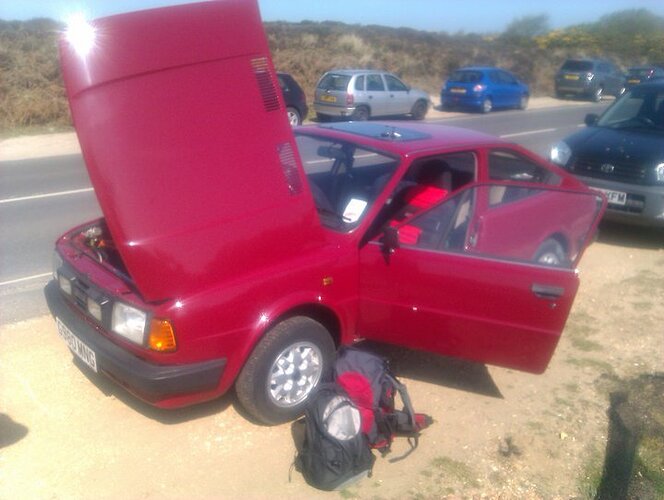 and now i know a car which bonnet opens sideways