Here are the Specs:

Bought the car back in 2009 with a 2.5" Custom catback, UDP, Pod & standard clutch. Was a very nice looking car, atleast to me, and the motor was in perfect nick so i decided to buy it.

From when i first bought it 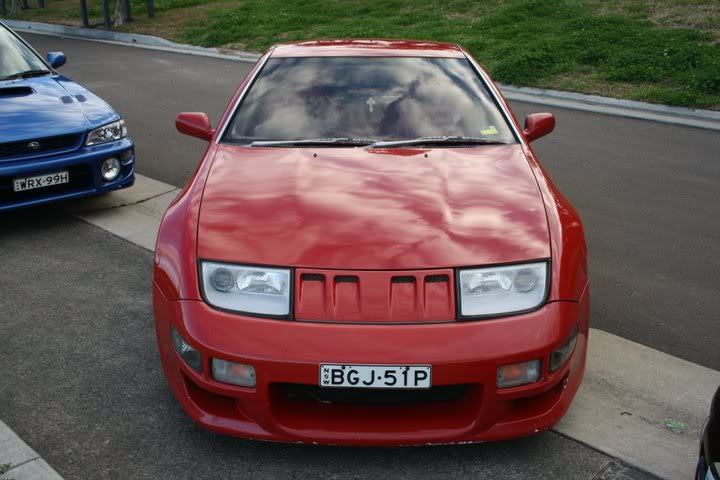 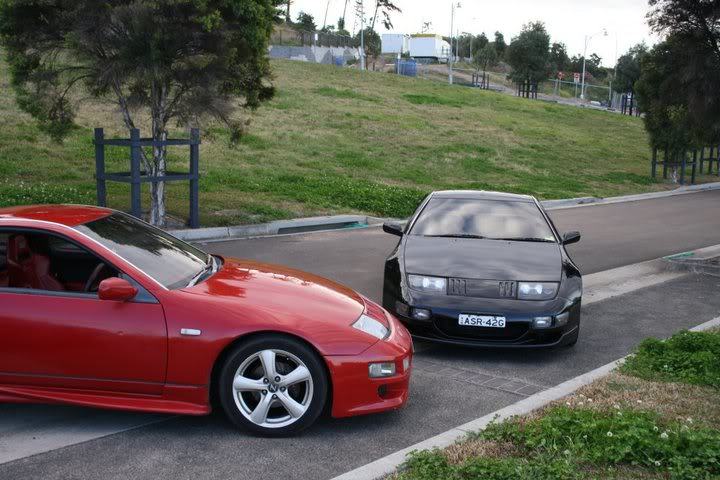 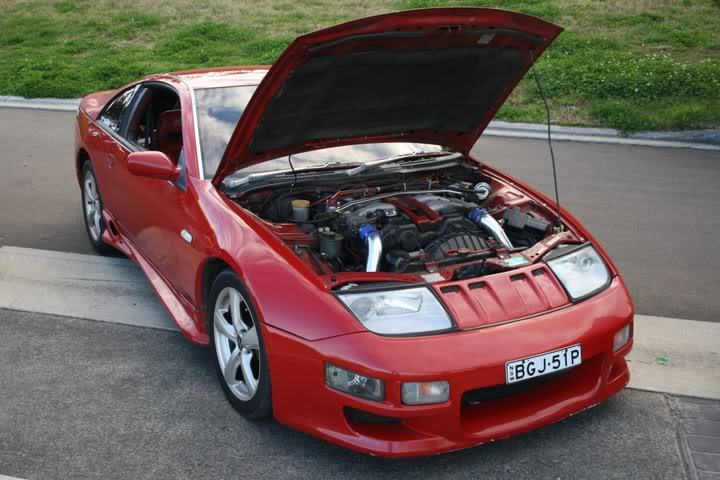 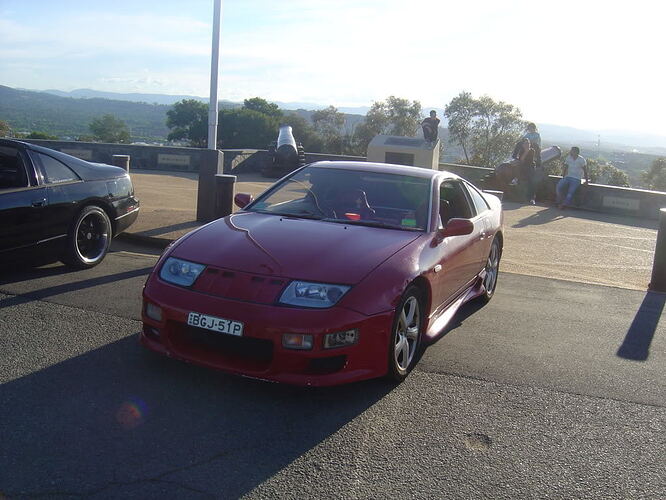 Not long after i bought it did i have my first go at the dragstrip, here are some photo’s 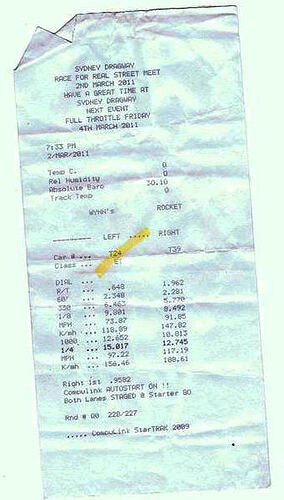 About 5 months after that my clutch decided to call it quits, held up well for a stock clutch IMO. After looking for hours i decided on my new clutch, a “Gripforce F1” racing Stage 3 Button Clutch. Oh boy did this take some getting use to for the first day, soon as i picked up the car i got stuck in peakhour traffic! At the drags was chirping 3rd gear at 100KPH

A good 1500k’s had passed and the clutch had been well worn in i decided to have another crack at the drags, i HAD to get that 14 second pass!

Decided i would take it easy on my first run so i wouldn’t stuff up, managed a 14.847 @ 95MPH first try! :happy: What was even funnier was that i had tried to select 4th but had trouble so i let off a bit before the finish line. Ok Second run, was really excited to see what i could get, time to see what it was capable of

Not Bad considering a lot of first gear was wheelspin and i hit the rev limiter before the finish line! Rear tyres are chinese crap 235/45R17’s and were set to 25psi during my runs.

Just a few months later i decided to run again, with no extra work done to the car managed a 14.585 second pass, a bee’s d*ck off the fastest time for an NA 300ZX in australia. All these runs were with it hitting the rev limiter in 3rd gear well before the finish line, 4th gear is almost impossible to grab at redline(synchros gone)
youtube.com/watch?v=starb3bPa8w

Yes that is an FPV GT-P

Being off my P plates for quite a while now i had been buying lots of bits to get her ready for boost, but we will get to that a bit later. As i went on i bought two wrecks for parts and to sell on bits that i could. The first was my mates old 2+2 NA which was T-boned at 100kph by a taxi:

The second was bought off an aus300zx member after it was written off by the insurance company: 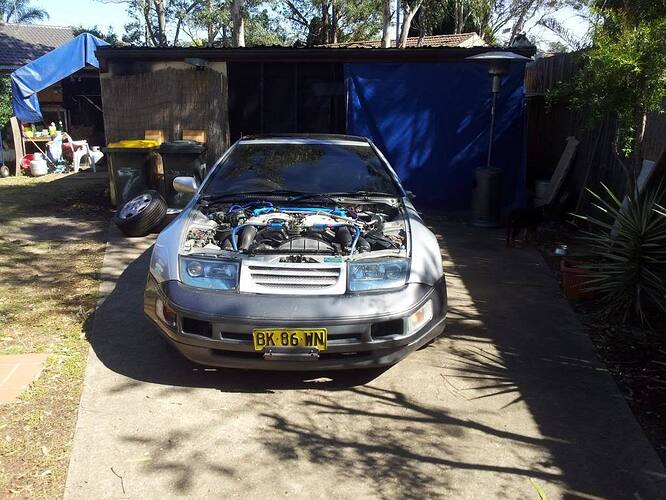 Currently did a few extra exterior/cosmetic mods although they dont appeal to everyone, its my car and my choice.

First was my Veilside C2 Drag Spoiler, very rare in aus, only 3 in the country 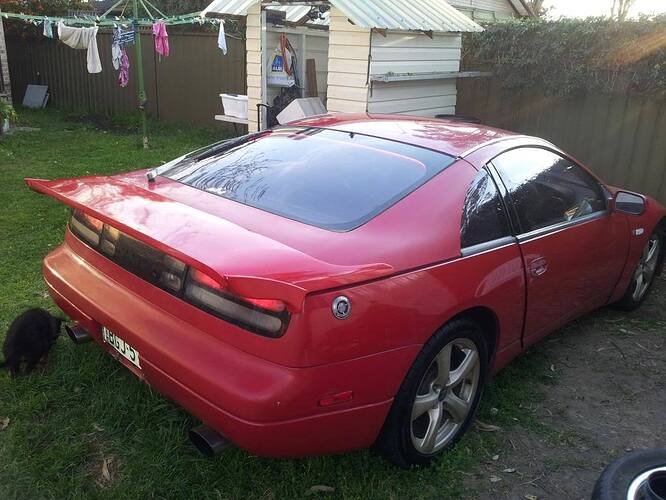 Decided to throw some Kumho KU36 tyres on the back to aid traction too. My silver wreck has a Twin turbo engine which we compression tested and came out very healthy so that engine will be going into my car.

Not sure about the nos idea if you plan to drive on the roads. The t28s cranked up to 20psi could probably get you into a comfortable 11sec pass using slicks. These engines are underrated because of the maintenance issues, do it once do it right is best applied