Just got myself a 1992 Dodge Stealth R/T Twin Turbo AWD, with a manual 5-speed. 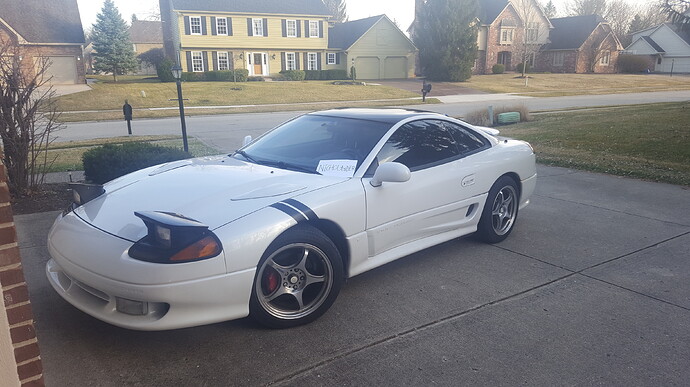 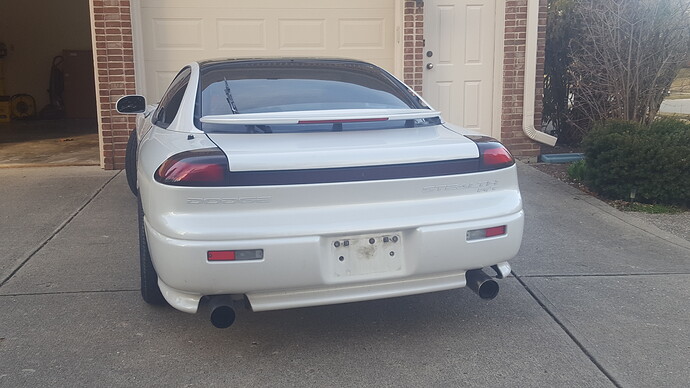 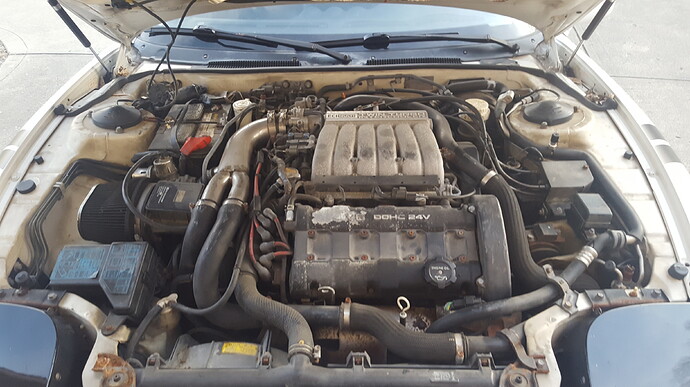 Previous owner put a catback exhaust, 14 psi BOV, and a K&N intake on it.

Looking forward to autocrossing it in April after I get used to driving it, probably going for the F Street SCCA class in Solo.

Are you gonna change the panels to make it JDM

Changing all the body panels (Bumper, sideskirts, taillights headlight surrounds, and painting all of it, etc.) ends up being almost $3000 or higher, and I’m somewhat broke after buying this ($4600), so just no. And anyway, I do kinda prefer how the rear of the Stealth R/T looks to the 3000GT’s a little. But, I might put Mitsubishi and 3000GT badges and emblems on car, though.

Thanks man! The previous owner actually was an engineering student who took very good care of it from what it looks like, and had a bunch of original parts interestingly. (I.E. The OEM stereo and original rims, which I’ll probably put autocross tires on when the season starts.)

Good car. But if you had to go broke buying it… Don’t think it was a good financial decision. And i got a feeling that it’s likely you’ll stay broke keeping it going

I’m not really that broke (Think I have ~$500 in my debit card), I really just meant I don’t have all the money right now for all the mods and such I want right now. And as I said above, the car was in very good condition for it’s age and the previous owner took very good care of it.

Still that’s barely more than 10% of what the car is worth. I think you should have more than that whenever you buy a used vehicle no matter what it is. But well it’s done… Just hope for the best

Quick warning on engineers working on cars. You are guaranteed to find some weird shit as they make their own solutions to problems. If you need examples I can list you everything the last owner did to my car lol. Just don’t be surprised when you find out the home plumbing ball valve in the engine bay is the thing that tuns on your AC.

I think I have enough to make sure it runs. But I appreciate your concern, and I am selling some old stuff I have sitting around in my basement to get a little bit of money as well.

I do kinda much prefer how the rear of the Stealth R/T looks to the 3000GT’s a little lot.

But, I might put Mitsubishi and 3000GT badges and emblems on car, though.

I wouldn’t, but again, that’s just me.

Apart from that, congrats!! In addition to the 300ZX, Stealths are one of my favorite 90s JDM sports cars! Good luck with it and keep us posted!

BTW, I prefer Dodge look over 3000GT much more.

Cracking car man, I loved the GTO but these had a bit more of an autoshitey charm to them.

The adverts were great too - ignore the thumbnail and that, it’s at this point in this video:

That wobbly half handbrake turn at the end just makes it.

I don’t know the spare part situation on those, but $500 seems a little tight in case it needs repairs soon. Seems like a rather exotic car, if a really cool one. I wish you the best luck with it, hope you have fun!

Yup! Though it’s kind of interesting how they marketed the earlier Conquest/Starion boldy as being a Mitsubishi built car, while they didn’t say that all about the Stealth. A Stealth R/T Turbo (and by extension, the GTO/3000GT Twin Turbo) would be right at home at Radwood, but unlike its Japanese counterpart, it’s even more underrated - probably because it’s a lot rarer (the Stealth went out of production around 1996, while the 3000GT carried on until 2000 or so). I wish you the best of luck with your purchase - make the most of its performance in the upcoming autocross session.