This is sort of my thread for my completely ridiculous (so quality slider abuse) car builds.

The origins of this company date sometime during the Second World ███ , probably as an offspring of the Wunderwaffen-Programm. They somehow stuck around after the ███ however, specializing in completely over-the-top cars no sane person would buy. They also have a knack for finding not sane buyers.

They also yearly update their car models, meaning that even their cars from 1946 are nowadays (only) available with carbon fiber chassis etc.

Their by far most famed project to date is the 16 L turbo V12, that probably started it’s developement cycle in a tank.

The Badge is a simple Square with what is essentialy an upside down ‘V’ in the middle, faintly resembling a greek ‘Ω’

Where best to start but at the start: 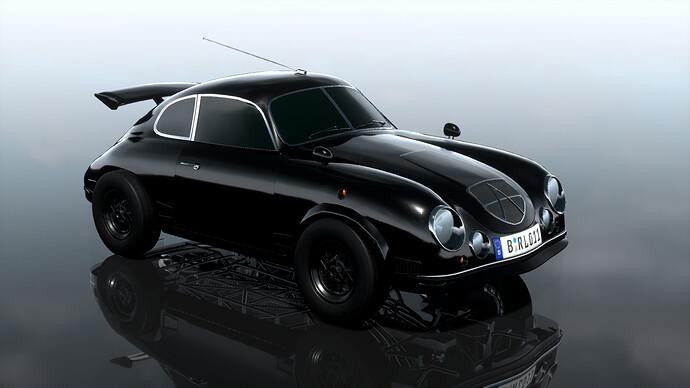 The Blitz just makes no sense in the real world, especially with its anachronistic wing. A 6.0-litre V12 with dual overhead cams, 48 valves and developing 460 horsepower would not make sense until the early 1990s; it’s way too unrealistic and complex for 1946. In fact, the Blitz is good at one thing, and one thing only: attaining ridiculously high speeds for the era. And the race intake ensures that it will just self-destruct upon startup. Even if it doesn’t, there’s so much weight up front, and so little traction at the back, that it’s literally impossible to drive. Still, it wouldn’t be an Omega without such excess. 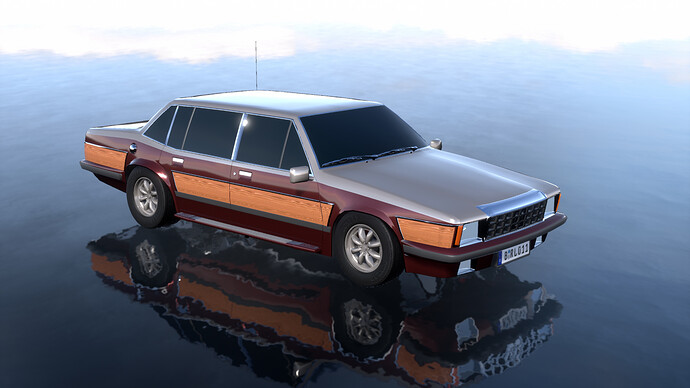 So far this brand is waging a WAR against sanity.