Brief History
Established in 1915, the Osoka Motor Company was the civilian automobile division of the larger Nakamoto Heavy Industries Corporation (NHIC). When World War II started, however, production of Osoka vehicles was halted in order to aid in the war effort. With all of NHIC’s resources being devoted to the Imperial Japanese military, Osoka Motors quietly disappeared from the Japanese market. From 1939 to 1945, NHIC only produced military vehicles, from small personnel transporters to large heavy duty trucks under the Nakamoto Heavy Vehicles (NHV) brand.

Once World War II ended, however, NHIC’s production of military vehicles was temporarily halted during the American occupation of Japan. With little money coming in, NHIC decided it was time to revive the Osoka Motor Company and come back into the civilian automobile industry. 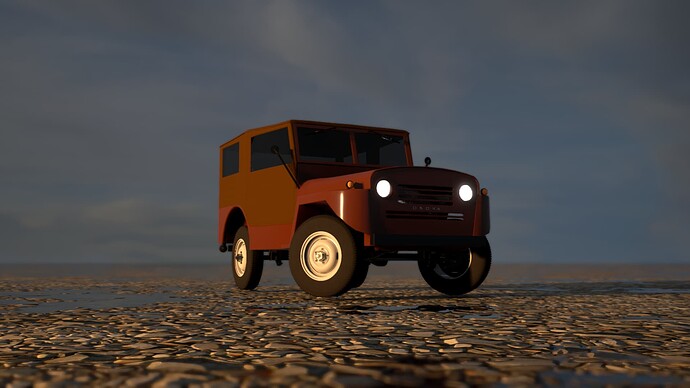 The Revival
1946 marked the return of Osoka Motor Company, however the company lacked the funds to design a new car that would appeal to the Japanese market’s new tastes. With what little money they had, Osoka Motors borrowed a design from it’s sister company, Nakamoto Heavy Vehicles (NHV), in order to save costs and give the company some time to develop a new car. Through an agreement, NHV agreed to let Osoka rebrand, repurpose and sell one of their vehicles for civilian use.

The NHV M-L1600 was chosen due to it being the easiest to repurpose. The M-L1600 was designed to be a light personnel transport and was not suitable for combat. It’s light chassis and capable drivetrain made it ideal for navigating the rough roads that lined Japan’s countryside and it was overall a solid and reliable vehicle. 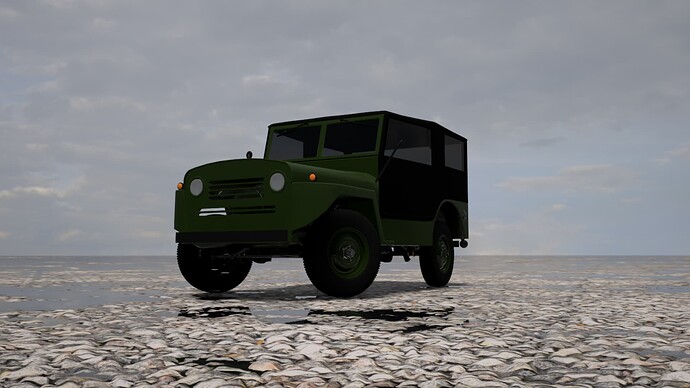 The “New” Osoka
Renamed to the Overlander A1600, Osoka Motors didn’t do much beyond painting the civilian variant more desirable colors and renaming the vehicle. The engine was more or less the same as its military counterpart; a 1.6 liter 4 cylinder putting out the same 54 horsepower and 69 pound-feet of torque. The only notable change was the introduction of a 3-speed manual replacing the original military 2-speed. 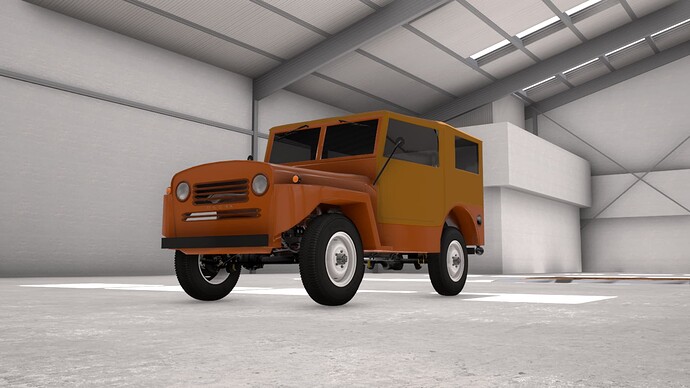 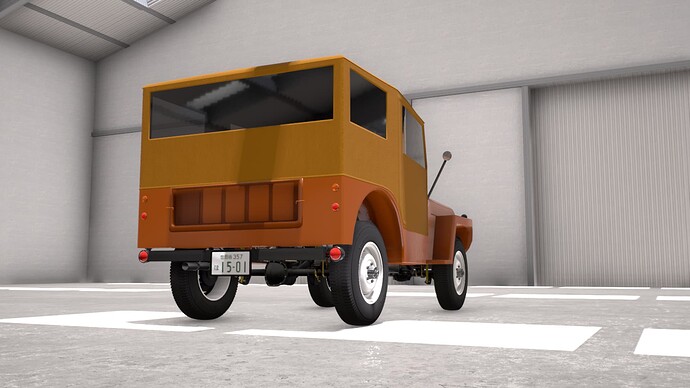 The Overlander A1600 was not meant to be groundbreaking. With basic padded seats and little to no creature comforts, the Overlander was more or less a basic means of transportation that found popularity amongst people living in the countryside. It’s 4-wheel drive made it ideal for the poor road conditions and basic construction made it reliable and easy to repair. Though the Overlander found a very niche market, it was enough funding to help develop Osoka’s first new car since 1939.

Through the 50’s
With the mild success of the Overlander A1600, Osoka engineers had enough time and money to develop the next cars in Osoka’s lineup; the B-series. 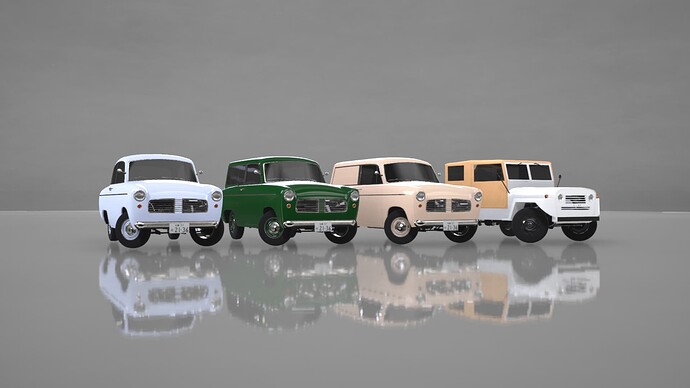 Debuting in 1950, the B-series was a small car more oriented to life in the cities than the countryside. At first only available in a two-door sedan, the B-series was designed to cater to multiple lifestyles rather than a one size fits all. Powering the B-series was a modified variant of the military 1.6 liter 4-cylinder. The new variant, dubbed the A4-CE, didn’t provide much of a bump in power, going from 54 horsepower to 55 and 69 pound-feet of torque to 82. What it did improve on was fuel economy, going from a measly 15 miles per gallon average to a significant 20 miles per gallon average. 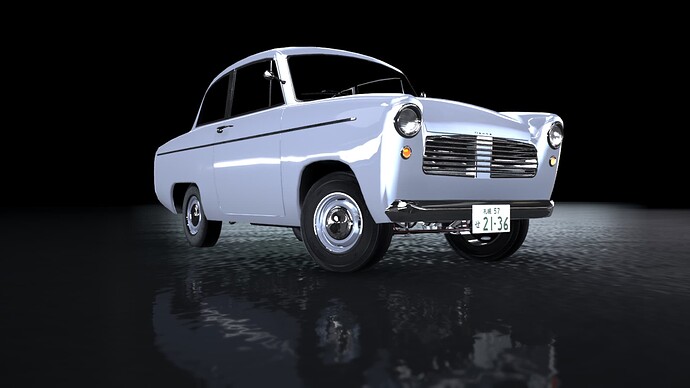 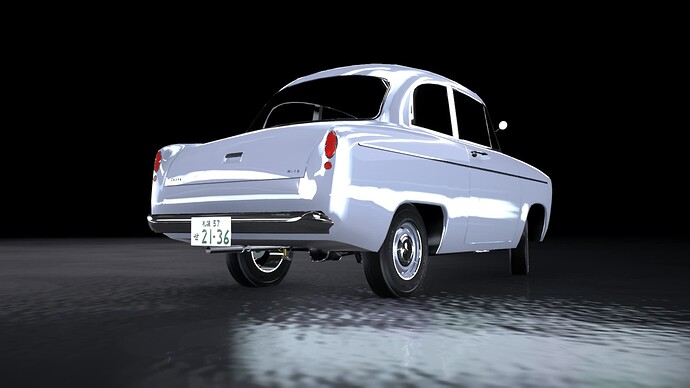 The sedan model, called the Hiro, was marketed towards the middle class citizens in larger cities. A basic yet fashionable sedan, the Hiro was designed to be a working man’s car, and though it possessed a backseat it wasn’t recommended seating anyone beyond small children due to the lack of space provided to rear passengers. 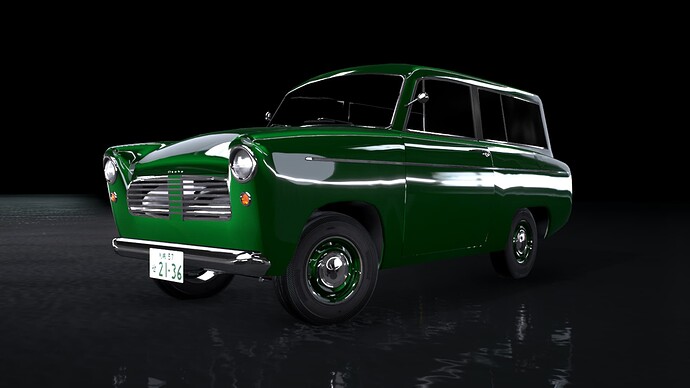 1952 introduced station wagon variants. The passenger variant, called the Kazoku, was aimed at growing families by providing a more spacious interior and a backseat that could actually seat two full grown adults. 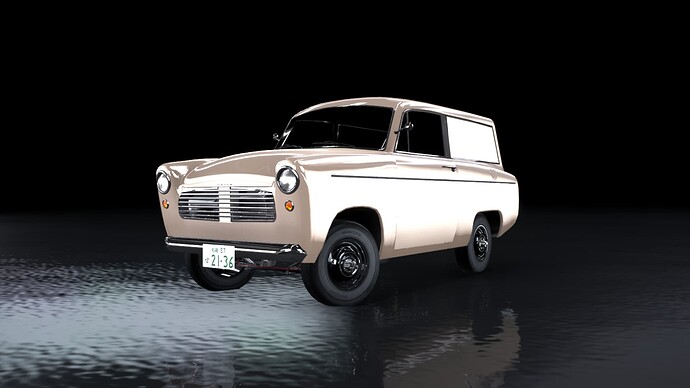 Alongside the Kazoku was the Shonin, the panel wagon variant. Marketed to businesses as fleet vehicles rather than citizens since it lacked a backseat, it was the only “truck” that Osoka offered next to the Overlander. 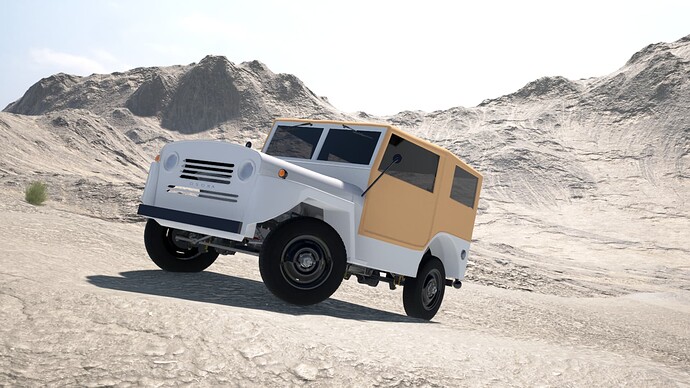 The B-Series Facelift
1956 introduced a more stylish front fascia, along with an optional AM radio. Ride quality was also improved on the Hiro and Kazoku while the Shonin didn’t receive much in terms of ride improvement. 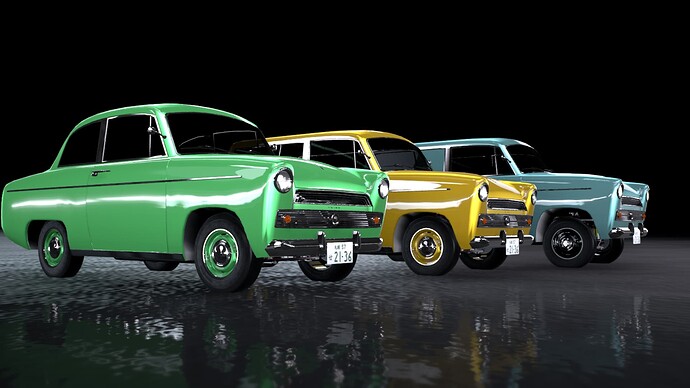 Beautiful! A suggestion- when talking about engine efficiency use the efficiency % data provided in the engine section, as MPG is car-specific.

Thanks for the feedback! The thing is I’m more or less treating this thread like a wiki page than a way to show off my engineering skills. In all honesty my cars are pretty crude, but I have an entire history, story, and plan for Osoka so this is a creative outlet for me.

The B-Series for 1960
With the coming of a new decade, Osoka updated its lineup with the revamping of the aging B-series. 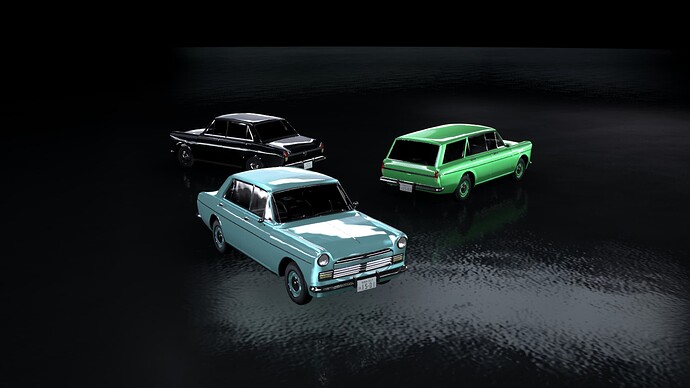 Now on a longer wheelbase, the new design allowed for the addition of rear doors and a backseat that could actually seat three fully grown adults. Along with the updated B-series, an updated variant of the A4-CE debuted, called the A4-DE. The DE boasted a new power rating of 65 horsepower over the old 56 horsepower. 1960 was also the first year of Osoka exporting to the rest of the world, setting up operations in North America and Europe. Also for 1960, the Shonin van was discontinued due to poor sales in the latter 50’s.

The Hiro, Kazoku, and Harriette 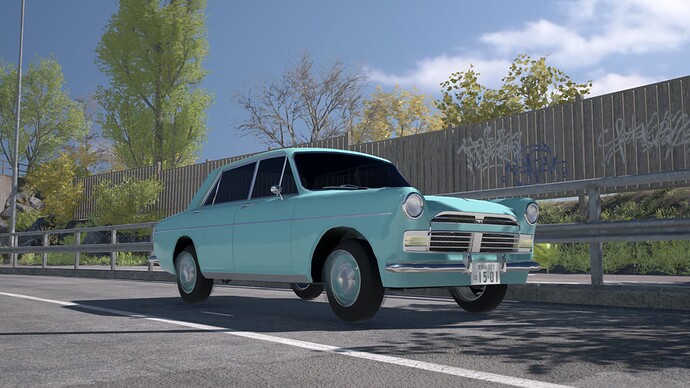 The Hiro was Osoka’s best seller and unsurprisingly was chosen to be one of the models for export, however it was sold in other countries as the Osoka Harriette. The rename was done out of caution due to WWII. Osoka hoped that the feminine name would disassociate the car and make it more appealing to non-Japanese buyers. Thankfully, the car sold well enough to justify the continuation of exporting. 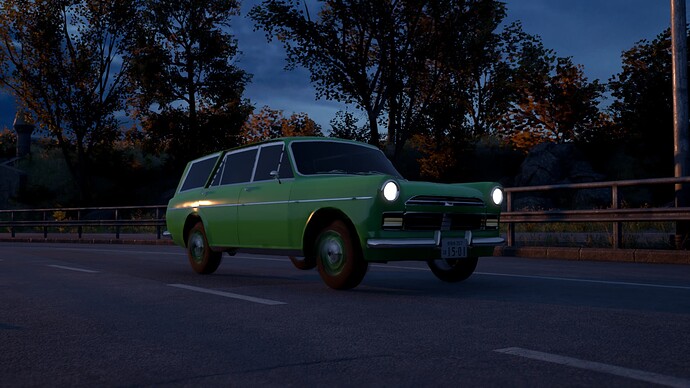 The Kazoku was also sold alongside the Harriette, but was simply renamed the Harriette Wagon in other countries. With the longer wheelbase, Osoka managed to squeeze in a third row seat, giving the car a 5+2 seating arrangement. 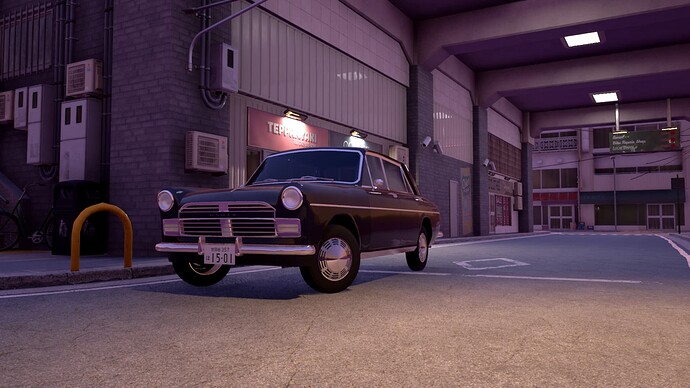 nlike the Hiro and Kazoku, the Chaplain was a Japan only trim model as Osoka executives felt that Japanese cars would not be perceived as luxurious in other countries.

A great shame, since it could have garnered decent export sales otherwise. 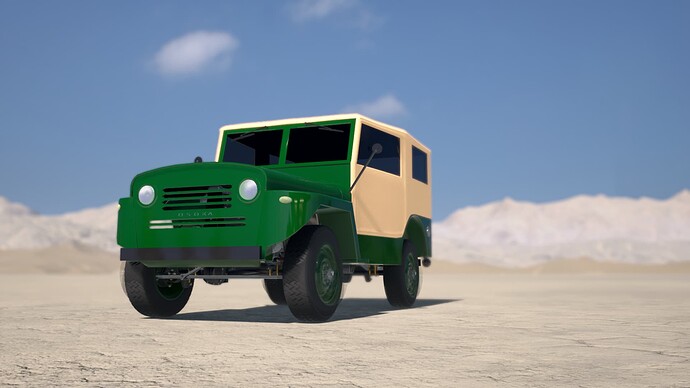 Despite this, the Overlander did receive quite the upgrade in 1960. Gone was the 1.6 liter four cylinder and in its place was a 3.8 liter straight six making 131 horsepower and 166 pound-feet of torque. Wider wheels were also added to better the Overlander’s offroad capabilities. 1960 also marked the first year that the Overlander was available with a radio and optional heater.

The 1960 Overlander was also chosen to be exported alongside the Hiro/Kazoku. Even though it had remained unchanged since 1946, Osoka hoped the little offroader would find a niche market out in the world much like it did in its home country.