[PDC] Political Design Challenge Round 11: Back to the Baltics 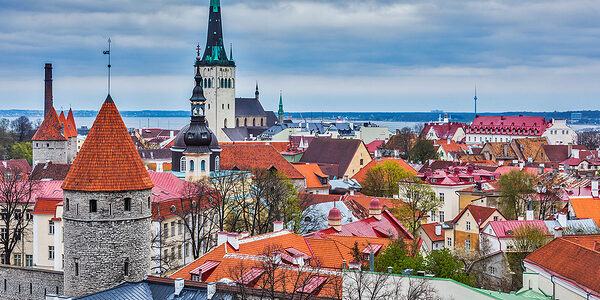 Welcome to the beautiful Baltic nation of Petsamia! Here in this country of just under 2 million people, you’ll find a countryside of pristine, ancient forests; the beautiful coastline of the Baltic Sea; and, in our towns and capital city Kauiglinn, well preserved old towns documenting our part in the unique history of the Baltics. Please, have a wonderful visit, and be sure to come enjoy our hospitality again!

The year is 2020, and the government of Petsamia is looking to replace its legacy fleet of state cars. They need several full-sized luxury cars similar to the S-class sedans of its Baltic neighbors, to perform the usual duties of an official state car. But…they’re also looking for motorcade escorts, official cars for each of the 12 counties and their governors, and even a few parade cars for the military. With a large number of cars to be replaced, money is tight, and Petsamia doesn’t have a large budget to begin with, so the government is looking for a cost-efficient and comfortable car that stands out from their counterparts. They intend to buy stock cars only - any needed modifications (eg. bulletproofing) will be done in Petsamia itself.

And so, the Petsamian government is asking you, automakers of the world, to give them your best offer.

Use the following naming scheme for your submissions:

Submit your .car file to me over PM here. When submitting, please post an ad for your car on this thread as well. Of course, effort will be rewarded!

Winters in Petsamia can be cold, with a lot of snow - high reliability is a necessity!

In such harsh climates, environmental resistance is sure to be a priority - the government doesn’t want their fleet to rust out after just a few years.

In that case, can SUV bodies be used?

Anyway, sportiness may only be a minor priority, but I’m sure the Lithuanian government doesn’t want a car that’s too slow or fast for their needs.

In such harsh climates, environmental resistance is sure to be a priority - the government doesn’t want their fleet to rust out after just a few years.

Yes and no - weather in the Baltics is more mild than Russia or Scandinavia all around, and these cars aren’t going to be overworked. Some resistance is preferred, but overall reliability is more important.

In that case, can SUV bodies be used?

Yes - I know its not traditional, but some smaller countries are using SUVs as escort vehicles nowadays, so I figured it’d be interesting to see what people cook up.

Anyway, sportiness may only be a minor priority, but I’m sure the Lithuanian government doesn’t want a car that’s too slow or fast for their needs.

Yup, speed and power within reason. Think BMW 7-series, Mercedes S-class, Audi A8, Lexus LS, Genesis G90 even Volvo S90L. A sports sedan would be an interesting twist, but sportiness is a low priority, especially since they’ll probably spend most of their driving time at city intersections or on parades.

Max ET of 145 for both trim and engine variant.

This seems kinda low doesn’t it? Considering the kind of cars that you listed (BMW 7-series, Mercedes S-class, Audi A8, Lexus LS, Genesis G90 even Volvo S90L) It’s impossible to reach that ET with the same specifications as those without absolutely meme-ing the specs and quality.

Max ET of 145 for both trim and engine variant.

This seems kinda low doesn’t it? Considering the kind of cars that you listed (BMW 7-series, Mercedes S-class, Audi A8, Lexus LS, Genesis G90 even Volvo S90L) It’s impossible to reach that ET with the same specifications as those without absolutely meme-ing the specs and quality.

Good point, I wasn’t too sure about those myself - maybe like 175 instead?

Any rules around materials? I know race and handmade parts aren’t allowed, but are titanium internals fair? Can we use magnesium blocks, or a carbon fibre chassis? Or is anything fair game if we can stay within ET and cost rules?

CSR style realism rules apply - to the best of my knowledge, carbon fibre chassis are only found on high-performance cars.

To everyone - after some discussion on the Discord, I’m considering getting rid of ET limits and having the limit just be the overall cost. What do you guys think?

Keeping it regulated to cost makes sense… the buyer won’t be worried about how many production units a car needs. They only care about how much it will cost them.

We were talking about it on Discord, and it turns out that some cheesy combinations can be pulled off without ET limits but still within the budget, so I decided to keep them.

Based on some more testing it seems like 180 ET is the optimal mix, it should give you guys enough wiggle room to have some fun and be unique, without opening it up for cheese. I look forward to seeing your creations!

ET limits for trim/variant are now permanently set at 180!

Also, Environmental resistance is now a graded category, thank you for the suggestion @abg7 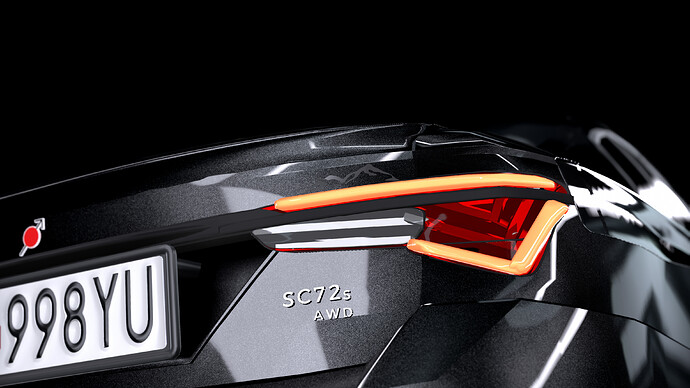 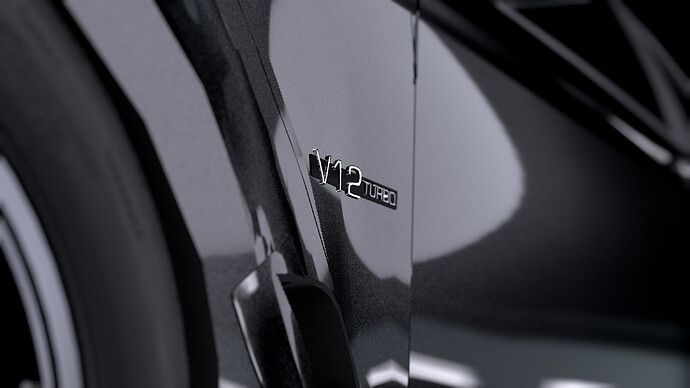 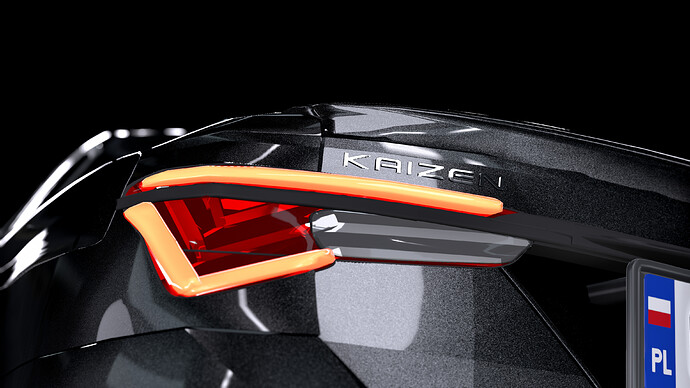 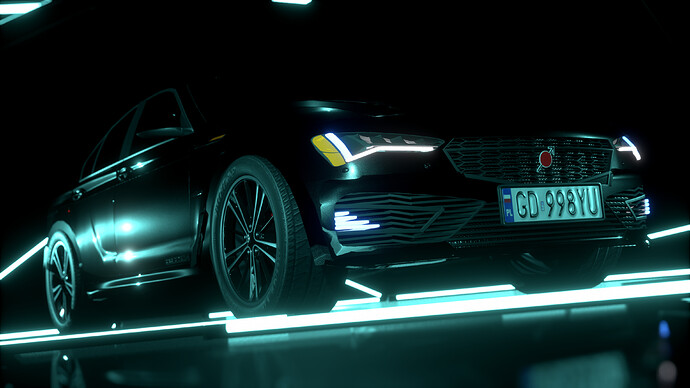 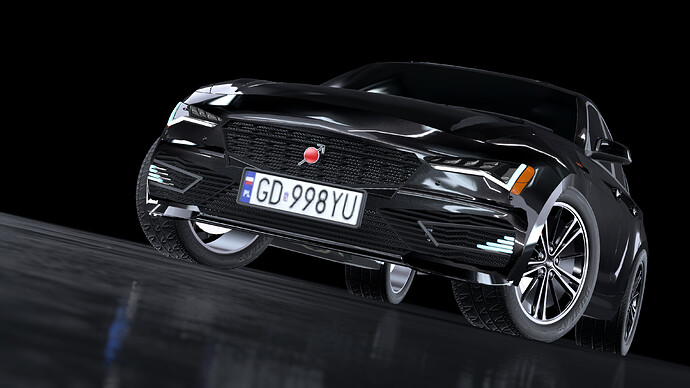 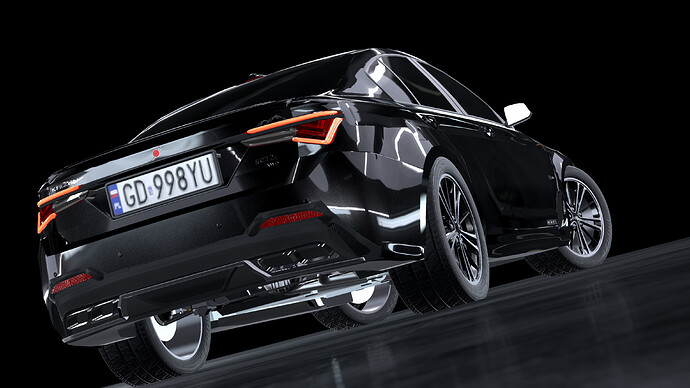 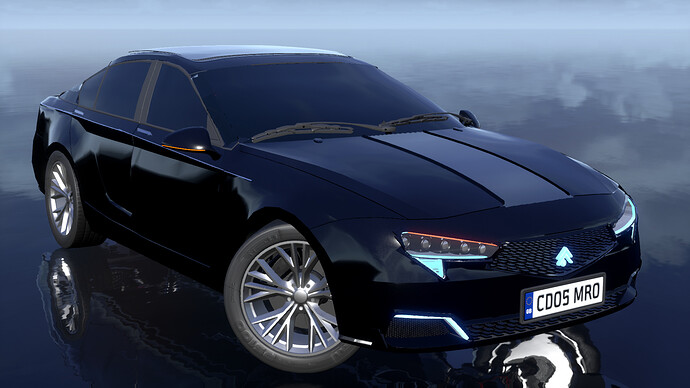 The 2021 Aileros is the replacement/update of Voltari’s full-size sedan, the Eris. Sporting a new, more efficient 5.0L V8 turbo making 526hp and 565lb-ft of torque, mated to an all-new torque-vectoring all-wheel drive system, and an in-house designed 8-speed automatic. Pictured is the range-topping Executive trim, which on the inside has a full aniline leather interior, 4 heated/cooled and massage seats, patterned aluminum trim, and an exclusive crystal gear selector. On the outside, the Aileros Executive sports 21-inch alloy rims painted in bright silver, an illuminated Voltari logo, an Executive-trim specific grille pattern, chrome bordering, and a full suite of active driver assistance. The Aileros Executive is on sale now, for $75,200. 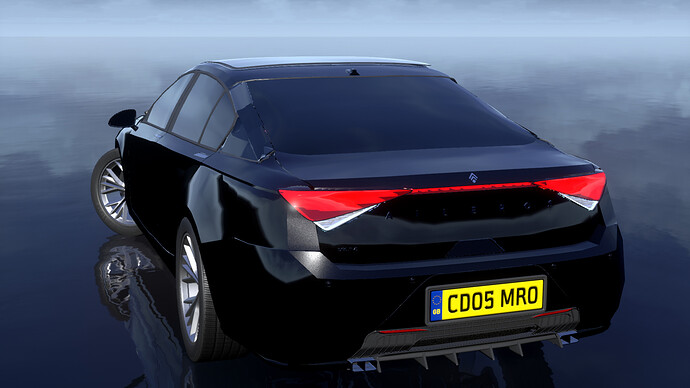 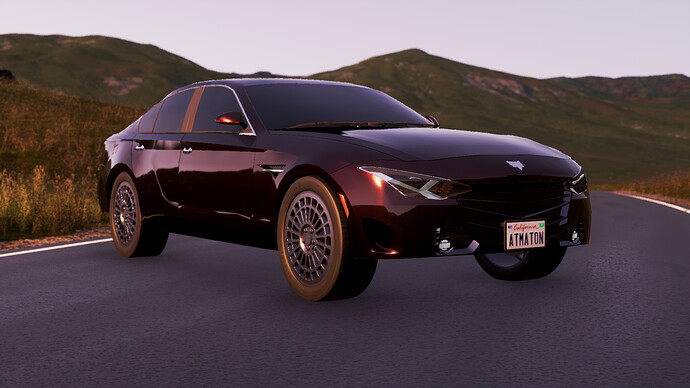 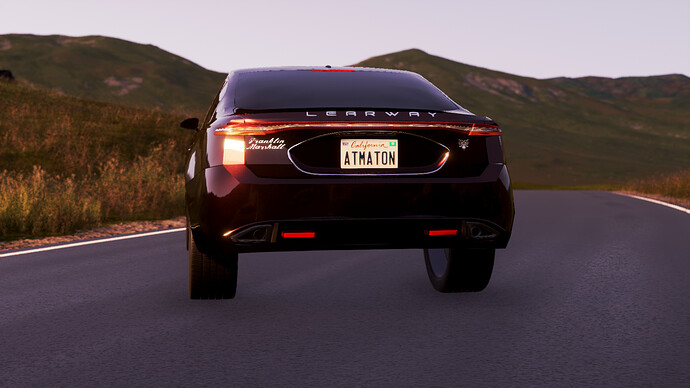 On that note, are wagon/estate body styles allowed or not?

Yes! In fact, looking online, it seems the Hungarian fleet has the A7. Just make sure that its a four-door body.

On that note, are wagon/estate body styles allowed or not?

I was debating this, but seeing as some 5-door SUVs are in use, I’ll allow it too.

The Alaen Krona 400
TT V8 4L with 400HP
AWD system, rear biased for better agility (medium tire compound)
Hand stitched and softly sprung, as well as controllable if hustled in emergencies (proof of brake fade resistance and neutral handling from Nurburgring test footage after plenty of revisions)
New logo design and a crown that represents top of the line offerings in luxury.
Timeless and bold design that integrates new technology with classical beauty and understated luxury.
Welcome to a brand new world of motoring excellence. 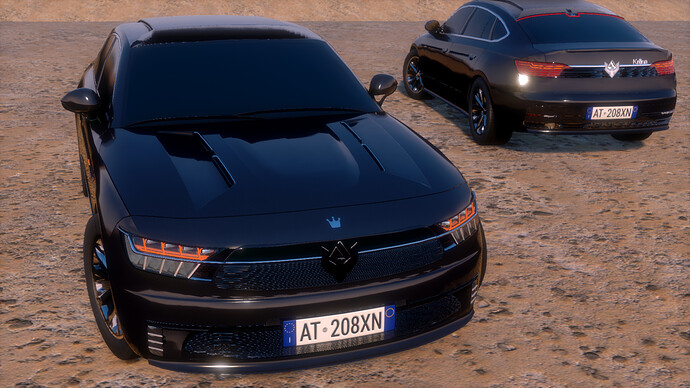 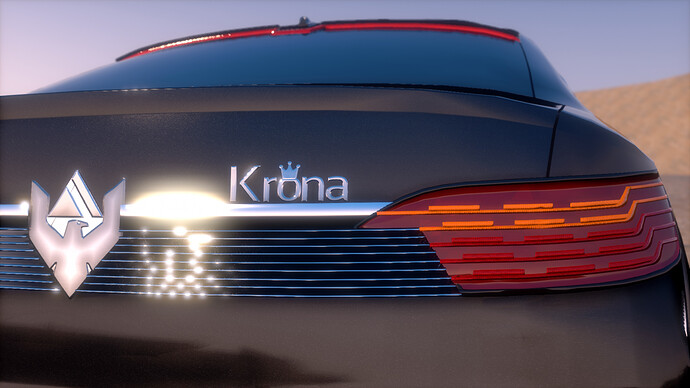 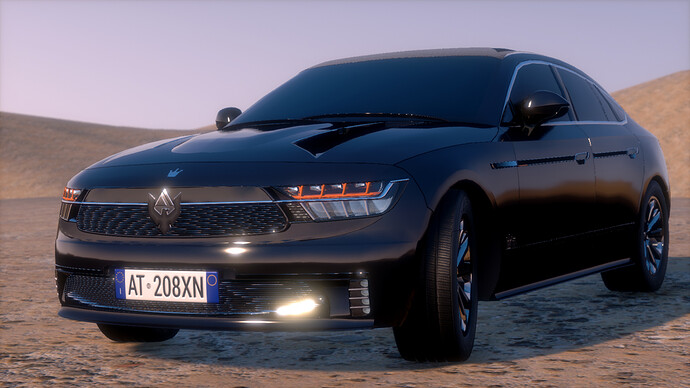 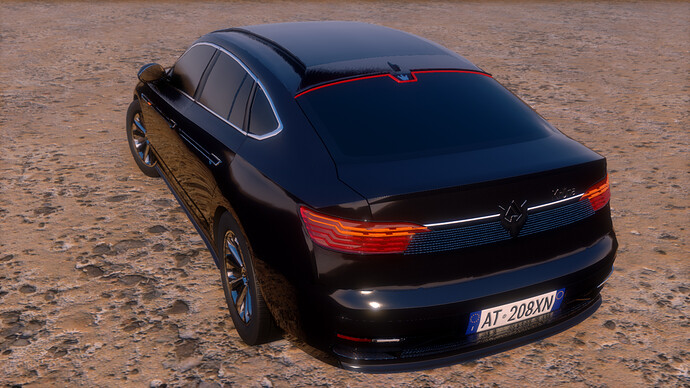 Nurburgring Lap. Just to show that a 2+ tonne 400HP “Luxury Machine” on medium tires can hustle in comfort.
Enjoy. 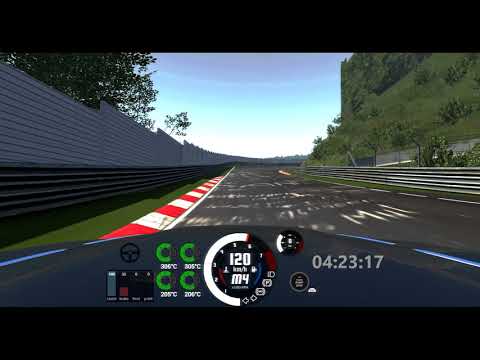 Dear competitors! This is the one-week warning, there’s one more week left to submit your creation.

Currently, I have received submissions from the following people:

Don’t forget to submit before the due date!

With Kerberos looking to push its image further upscale both at home and abroad, they’ve spun their Hydra super–sized luxury car off into a sub brand of its own and introduced a basic refresh/update as well as a tree of new models, with the Kerberos Hydra 4851 being the root. 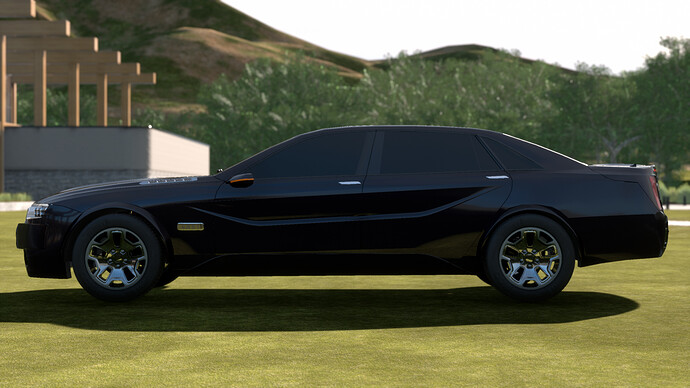 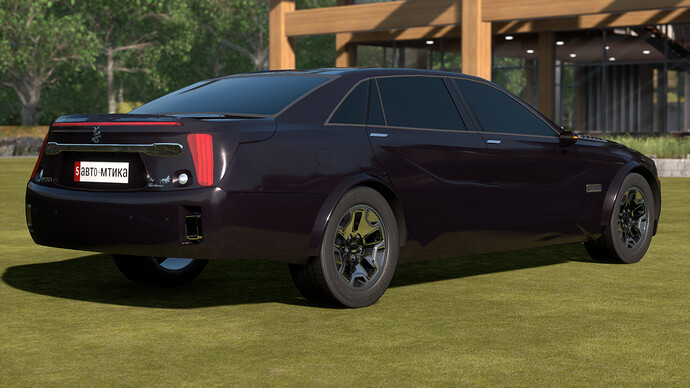 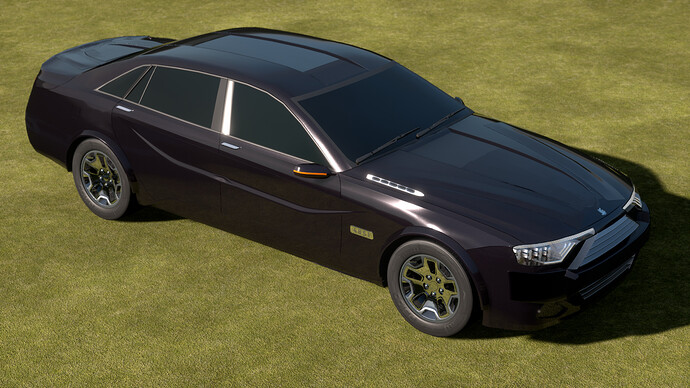 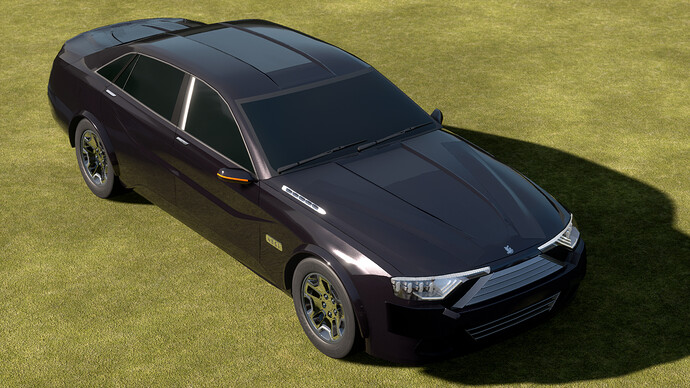 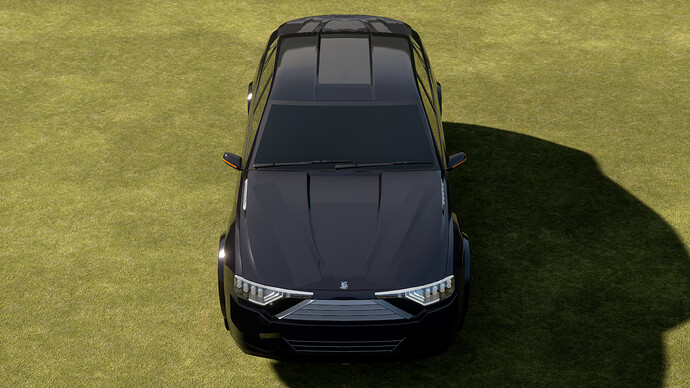 The Autodelta Orcinus has been the envisioning of comfortable, practical, drivable and elegant cars ever since the first Orcinus in 1988. Once built for performance, the focus changed overtime to the overall driving experience instead of pure performance. The driver should have every luxury they could ever think of and the passenger should feel like they are at home, either relaxing comfortably on their Chesterfield, or working without any distractions in their home-office. Autodelta makes sure that is the average experience in the Orcinus by building an incredibly silent Twin Turbo Direct Injection V6. Combined with a roomy, lavish interior and the pinnacle of In-Car Entertainment that’s available today, your Autodelta Orcinus will be the most tranquil environment you’ll ever experience.

Even though you’ll barely hear the engine at any time, the Orcinus doesn’t give in on performance. With a top speed of just below 270km/h you’ll have quite an advantage over German luxury cars. Giving them a run for their money on their own territory: the Autobahn.

To differentiate the top level models from the regular Autodelta models, you can recognize the premium Autodeltas like the Orcinus by the winged badge. A badge that shows you are not pretentious, but you do value a pure luxury car! 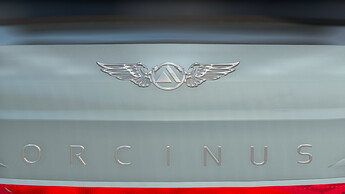 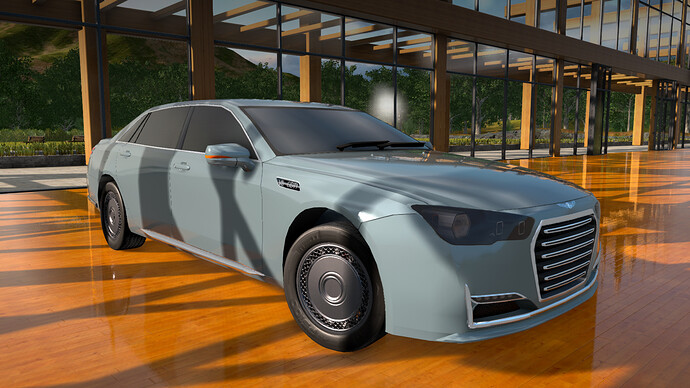 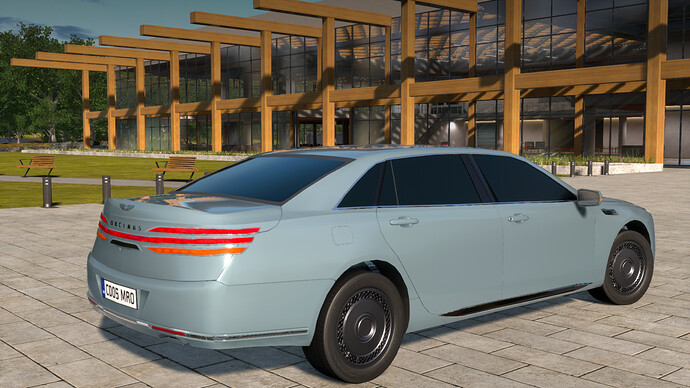 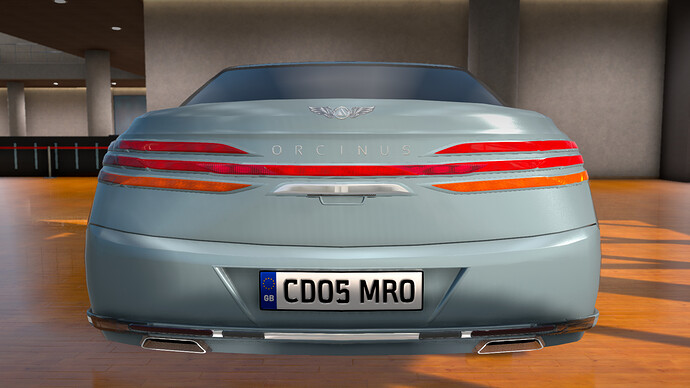 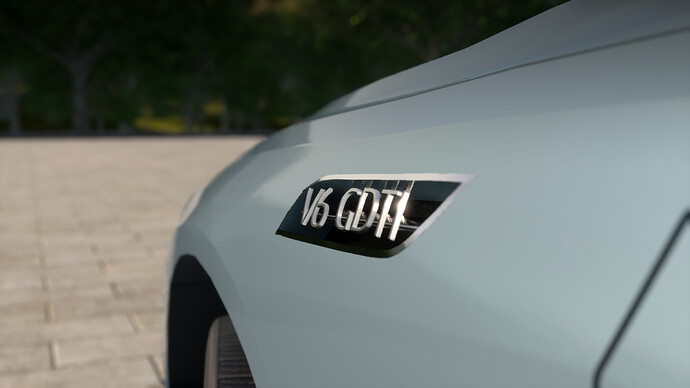