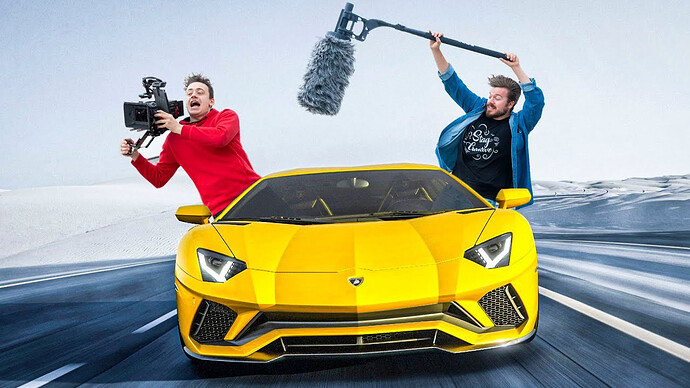 The TL:DR and Rules

Build a camera car that can support a crew and a frame-mounted camera boom. The camera car’s full crew is four people. The car itself has to seat at least two, but ideally the full crew complement; if only two are in the car, then two camera operators have to work remotely, increasing operational costs.
The car will be used for all kinds of shots: high-speed car chases on paved and unpaved roads, glamour shots of politicians in their motorcades as they pass by famous landmarks and parades, advertisements for Archanan cars and even aeroplanes as they take off… the list is long. Needless to say, the cars need to be able to handle a wide variety of conditions, be reliable, and fairly cheap to operate and maintain.
You’re designing the road-going consumer version of the car which the studios will purchase. The film studios will convert the cars into the camera cars themselves.

The how to enter

Please PM me your car files with the following name format:

If you have any questions or concerns regarding the ruleset, please say so before 11 PM UTC February 24th . After that the rules will be set and the competition will be open for submissions.

Ooohhh, I think this may play well into something I’ve been wanting to fiddle about with. My only regret is we’re not going to have 4.2’s weight sliders.

What sort of vehicles would the chase scenes involve?

Would it be hot hatches or would it be super saloons or even super cars?

are there no ET and PU caps? Doesnt say anything about VVT/L, turbos etc, so are those allowed?

shhh you’ll get them implemented

You mean a modified version of the road going vehicle, surely?

To get my twincab pickup up to 1500kg requires, basically, race suspension modelling with a roll angle of about 3 degrees…not suitable for a consumer vehicle.

By comparison, using a couple of the inspiration cars as benchmarks - 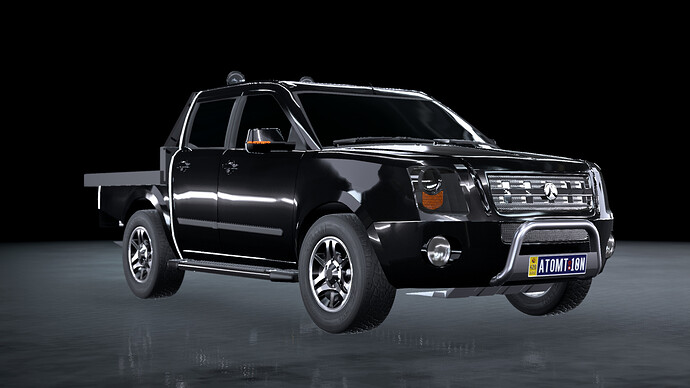 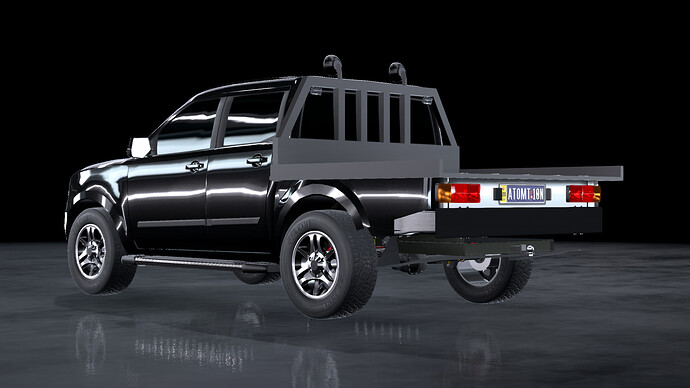 I’m not going to submit anything until the rules are finalised and all queries clarified, but in the meantime, here’s a draft I have.

It’s a light truck with a flatbed and a 3.5L Turbo V6 producing 325lb ft of torque and 350hp, enough to keep up with hot hatchbacks.

Thank you all for the constructive feedback! Some responses:

You can go as far back as you like, as long as you stay within the posted ruleset. That said, it might be difficult to build a competitive car that’s older than say early to mid 2000s.

What sort of vehicles would the chase scenes involve?

Everything from Dukes of Hazzard/Mad Max type offroad scenes to 007/Fast and Furious/Speed city and highway scenes, to car commercials in various settings, to stately political videos. The camera car has to be versatile.

are there no ET and PU caps? Doesnt say anything about VVT/L, turbos etc, so are those allowed?

There are no ET and PU caps indeed. The government doesn’t care how you arrive there, as long as the car performs to their desires. Yes, VVT/L and turbos are allowed.
That said, I will amend the rules with restrictions on min-maxing and a limit on quality sliders.

You mean a modified version of the road going vehicle, surely?

I actually meant the road going vehicle. Remember, this is the game world, so don’t be necessarily restricted by thinking IRL stats. That said, I made a mistake - I was thinking 1500 lbs. After a bit more research on camera-car-worthy SUVs, I think 800 kg is reasonable.
I will change the rules to reflect this, and make it a “soft” rule - a lower load capacity will only mean that the crew has to swap suspension for their rebuilt car, increasing effective costs (but is not necessarily disqualifying).

As a side-note, this is my “Cayenne-esque” test mule to show that even 1500 kg is achievable 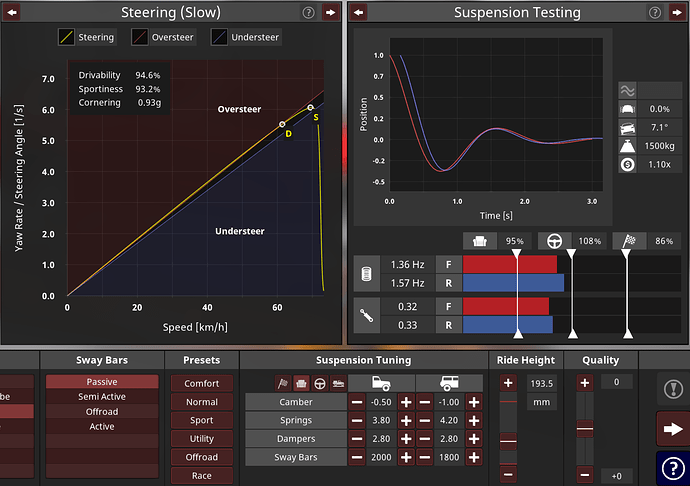 Sportiness: the car has to keep up during chase scenes.

Is top speed relevant here? Car chases are usually never shot at actual speed, but airplane duty might require a high top speed? Since it is a consumer vehicle, for non-sport/supercars I assume top speed will not require to be 300km/h. I guess they can always mess with the gearing and speed limiters after they get the cars?

You’re spot on. Chase scenes are not shot at actual high speeds at all. More important for the camera car is agility, handleability, stability, and low- to medium-speed acceleration - on any terrain. This is an interesting reference:

Yes, the studio will disable any limiters, if necessary, and has mechanics on duty who can make reasonable modifications. Most commercial airliners take-off at 240-280 km/h (ish depending on weight/temperature/wind conditions). Since the Konkordskaya concept was scrapped, we are not looking to follow supersonic jets here.

It seems like you forgot about practicality - the film crew ought to consider that as a major priority.

The practicality stat is a bit wonky in Automation. If I prioritized practicality and someone actually chased that stat, I might end up getting 8-seater minivans with stow-away seating - not something the studio wants.

All right, rules are fixed and the studio is ready to receive car proposals.

What can we expect for speed requirements? I’m not sure I’m pushing it in the right direction, especially since we’re expecting something reasonable, not necessary a 180mph lifted corvette

I have no idea what people will end up submitting and a lot will depend on the field entered.

Shitposting has no limits 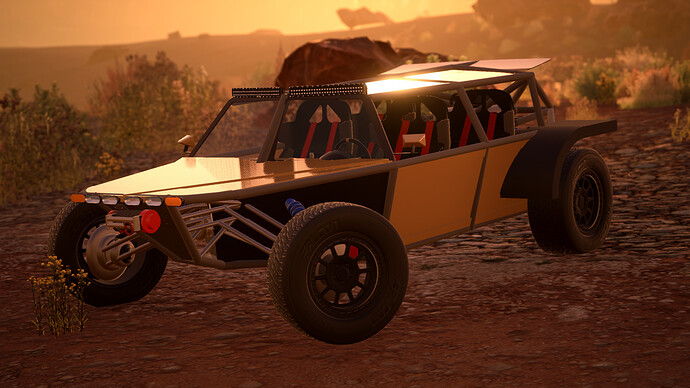 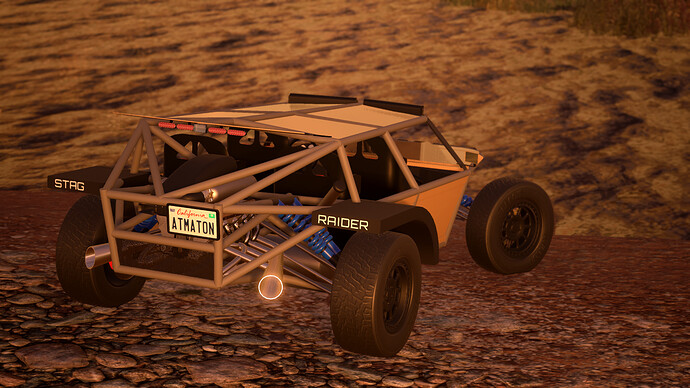 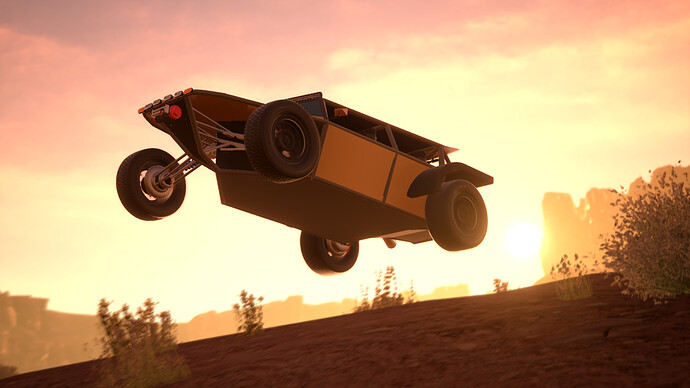 For 2010 Ibis has refreshed it’s Coyote SUV… …and unveiled a sport version complete with a 5.2L V8.
“Haul. Whatever you need to.” 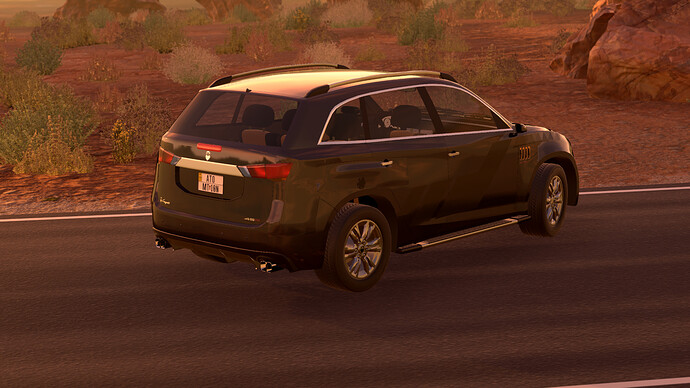 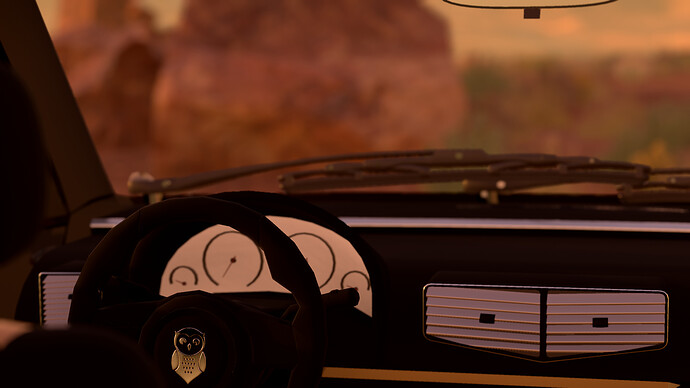 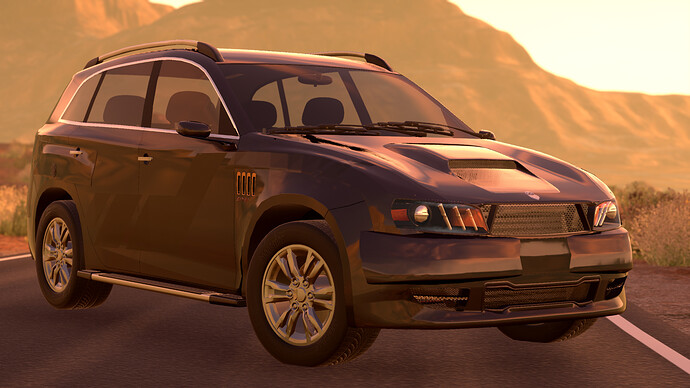 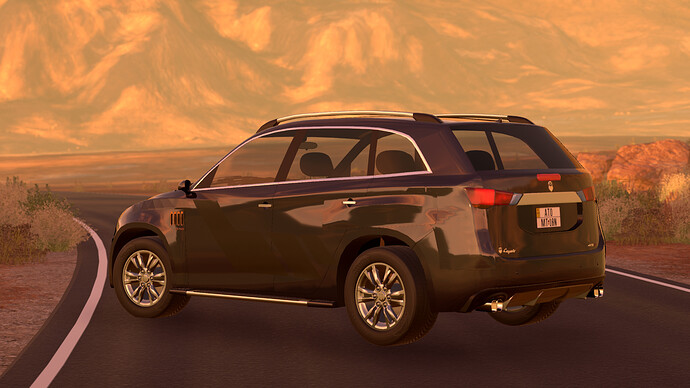 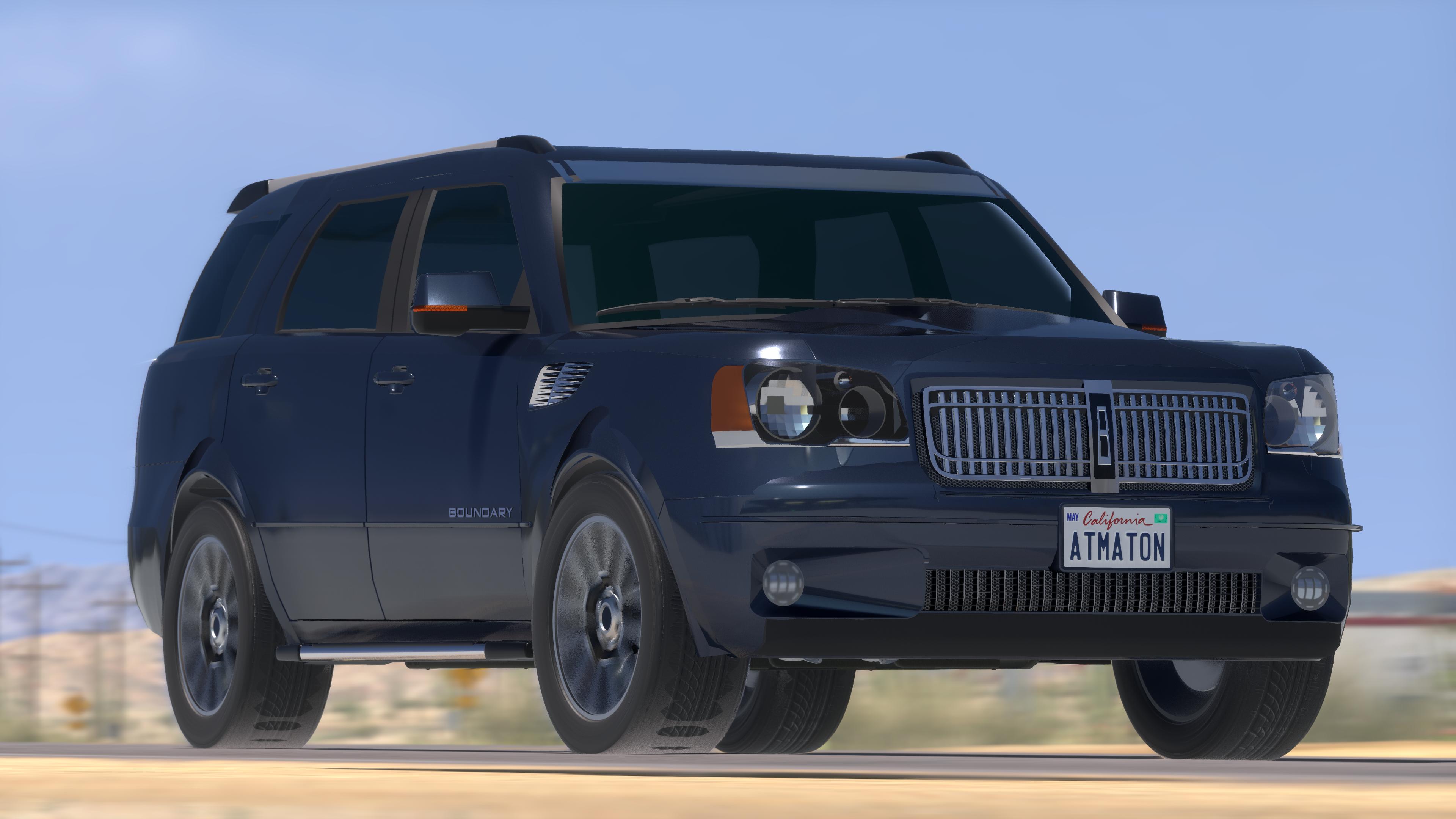 The 2010 Hyensu Pardus V6. It has a 3.3l V6 making 229hp and 215 ft-lbs of torque, capable of sending this compact MPV from 0 to 60 in 8.35 seconds and a top speed of 141mph all the while returning 22mpg. A safe, reliable, and comfortable five seater all wheel drive rig that should prove to be a versatile machine for your needs. 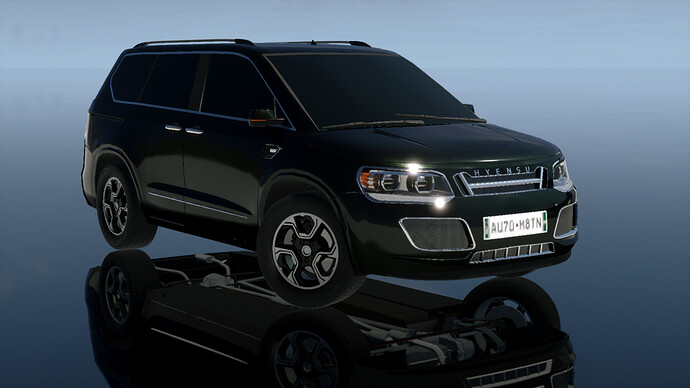 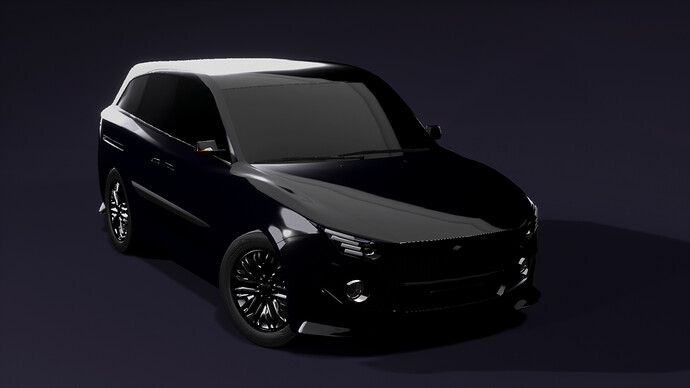 Powered by a large 5.0 V8 engine, coupled with the latest EcoTurbo technologies, it produces more than 300hp for less than 7L/100km! Not bad for a 2T vehicule!

Capable of hauling 900kg of garbage, this Prestige spec comes with two captain chairs instead of a 3 seat banquette, its 4WD system will drive you to where ever you want with a limited top speed of 230km/h. It can go to 60 in less than 6 seconds!! 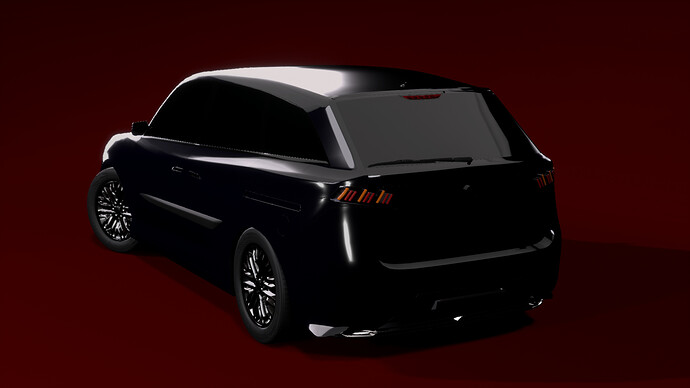