Every Friday and Saturday night, the local kids are pulling out their muscle cars to race on the street. Sure, it’s fun. But it’s also illegal, and they’re going to hurt themselves sooner or later. 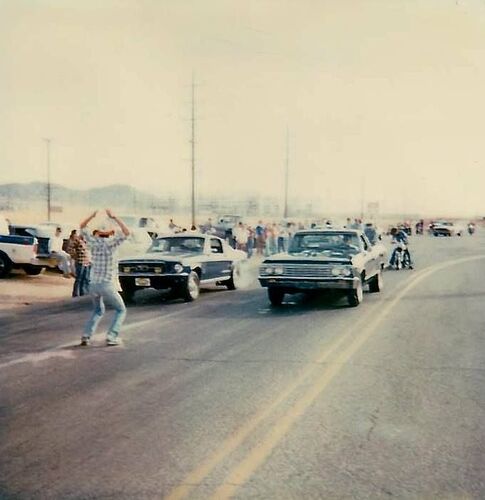 Your local police department is looking for a new fleet of cars to help keep the streets safe!

*The design portion is subjective, of course. I will be scoring them on a scale of 10. Police liveries are not necessary, but welcome. I have most mods that would be relevant for this, but if you use any just let me know which ones in case I don’t have it. Basically, I’m looking for a well thought-out late '60’s to early '70’s design. I’m also somewhat of a minimalist, so just loading the vehicle with fixtures isn’t necessarily going to impress me. They should mean something…

Will be decided by 1/4 mile time, because… irony.

PM me your .car file with the following naming format:

I will open submissions on Wednesday, January 29th at 8:00 am EST. No re-submissions, please. Submissions will close on Friday, February 7th at 10:00 pm EST. Anyone with questions about the rules please ask before open so I can amend them if need be. Thanks to @Fletchyboy100 for allowing me to host, and Good Luck! 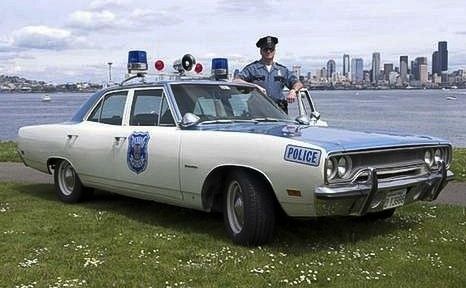 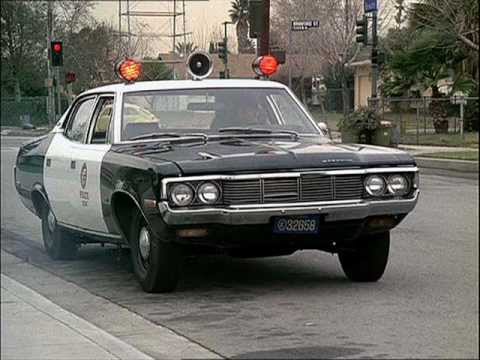 lol as long as it fits the rules, go for it.

I think i’ve got just a thing.

I wanted to keep that a little more open to encourage variety. The two test mules I built were V8s. One a small-block and one a big-block. But if a straight 6 makes the performance cut so be it. I’m not sure that I want to restrict that.

Oh yeah straight sixes were used as well, it just slipped my mind

But aside V8s and I6s, nothing else weren’t really used along with the usual OHV setup and let’s be honest independent rear suspensions were pretty much unheard of in the early 70s of America.
So use of those is fine? Sorry if I’m asking too many questions, just want to know how big of a factor realism is

You’re not asking too many questions at all (this is why I’m waiting until Wednesday to open submissions). I’m a fan of realism, but, as an American myself, I can admit that our auto industry has been woefully afraid of change even when better technology has been proven.

The Corvair had a boxer 6. There were also some OHC engines in the '60’s. Pontiac even put an OHC-6 into production with their Sprint. The big manufacturers had experimented with them (MOPAR made a DOHC hemi for racing but never put it into production). Pontiac also had a working 3 valve SOHC V8 prototype by 1967. I DO like realism, but I also like to ponder what could have been. Maybe that’s what I like about this game so much.

I guess the short answer is, if you can make a case for it I’m good with it lol. But remember how important reliability is to the scoring.

Thanks for all the information, really TIL stuff

Looks like I’ll have to look more into American cars.
So, going for realism would be appreciated but taking small design liberties that make sense and also don’t plummet the car’s reliability is fine. Gotcha now!

So if we made something more European that would be ok? Police cars would usually be very american wouldn’t they

Any benefit in scoring for size? The smallest cars used as regular police cars in he US at the time were “intermediates” with whopping 115”+ wheelbases and a 205”+ overall lengths, and even those were smaller than the more typical full-size cars.

Do i need to use PDC naming while making the car?

I do want to encourage variety with this challenge, but I will be adding a minimum wheelbase in inches. I may revise the scoring a little to give a benefit to using larger cars. I have some other small things I forgot to write down in the rules that I’ll be updating tonight.

When you send me the .car file please use the PDC naming and your user name so I can distinguish whose car it is and what it’s for when I upload it.

What’s your view on SUVS?

As long as you can get it to fit the rules go for it.

Great because I made my first prototype and it’s an SUV, it does fit the rules but it drinks gas like college teens at a frat party with a beer keg.

One last thing before submissions open tomorrow: In the unlikely event of a tie, the winner will be decided by 1/4 mile time. I like the irony of cops deciding the winner with a drag race.

One last thing before submissions open tomorrow: In the unlikely event of a tie, the winner will be decided by 1/4 mile time. I like the irony of cops deciding the winner with a drag race.

I think this should be used to evaluete the finalists, and make a video of it . .

Hey, since the round’s going to open soon, after talking to a few people on discord… What do we do in case of having considerable amounts of wheelspin? Back then they’d use Posi locking diffs which isn’t really available in automation as of now. And super thick tyres isn’t really the best solution either. In case of unbearable wheelspin, is it fine to plop in an Auto locker and act like it’s a posi? Or would you disregard the wheelspin to an extent?