Please help me with my demo problems!

Hi, I downloaded the demo on my new PC and it came u with this error when tried to start. I then saw the big letters behind it but it won’t let me download. Any help? 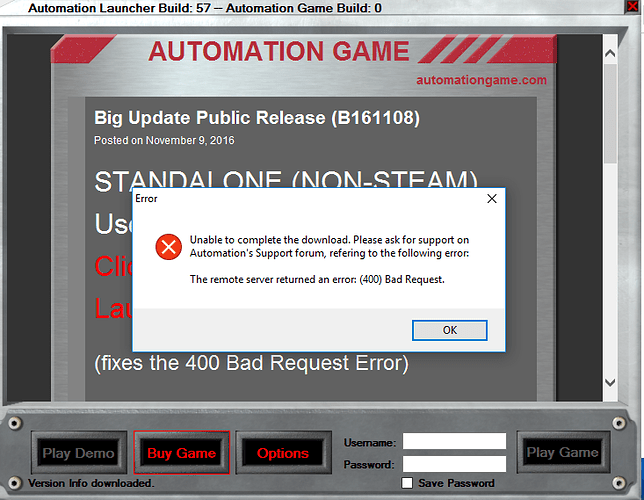 The demo is currently not distributed in any official channel and thus has no support.
The current launcher can be found here, but there is no guarantee that this is working.

I recommend you to buy the game on Steam - you can always refund it within 2 weeks (and under 2 played hours) if you dont like it.

nope, it says ‘your username was not found’

In that case it’s due to the demo being removed and it expecting to see the full game - as Pyrlix suggests, buying through Steam is your easiest option.

Ok I’ll try it Thanks!