I’m playing current open beta branch of automation (Build: 200203.11823.1719.Manual). Found a bug while playing campaign, but all of the following metrics I have produced in sandbox.

You might want to check out Boxer 4, Dircet Acting OHC, (full cast iron) Eco Single Carburettor settings. I can only make them not knock with Regular leaded fuel in 1955 with quite extreme settings:

They can’t really be this bad, right?

Why I believe this is a bug:

Just venturing a guess, but I would say Volkswagen and Subaru.

As far as answering the post I have no idea but I’m now curious and I’ll see if I can replicate it.

Do you have a screenshot with the stats handy?

Just checked, it is a disproportionate octane rating.

I can verify that Boxer 4 engines are a bit borked with Single Ecocarbs. The valve configuration doesn’t matter much, B4 engines with single ecocarbs end up with about 100-mid 90ish octane, even after reducing compression to minimum. Doesn’t happen with Boxer 6’s. 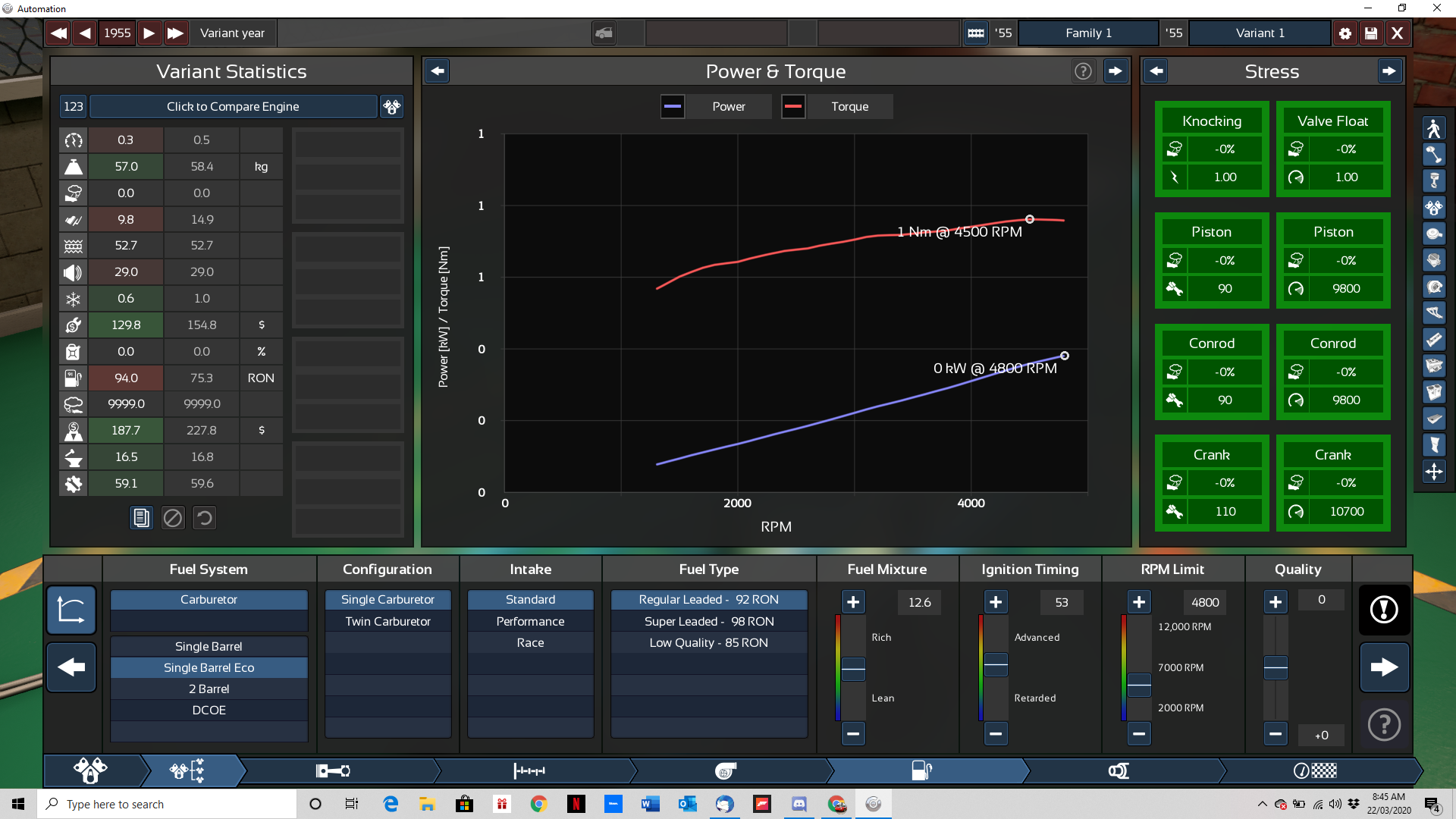 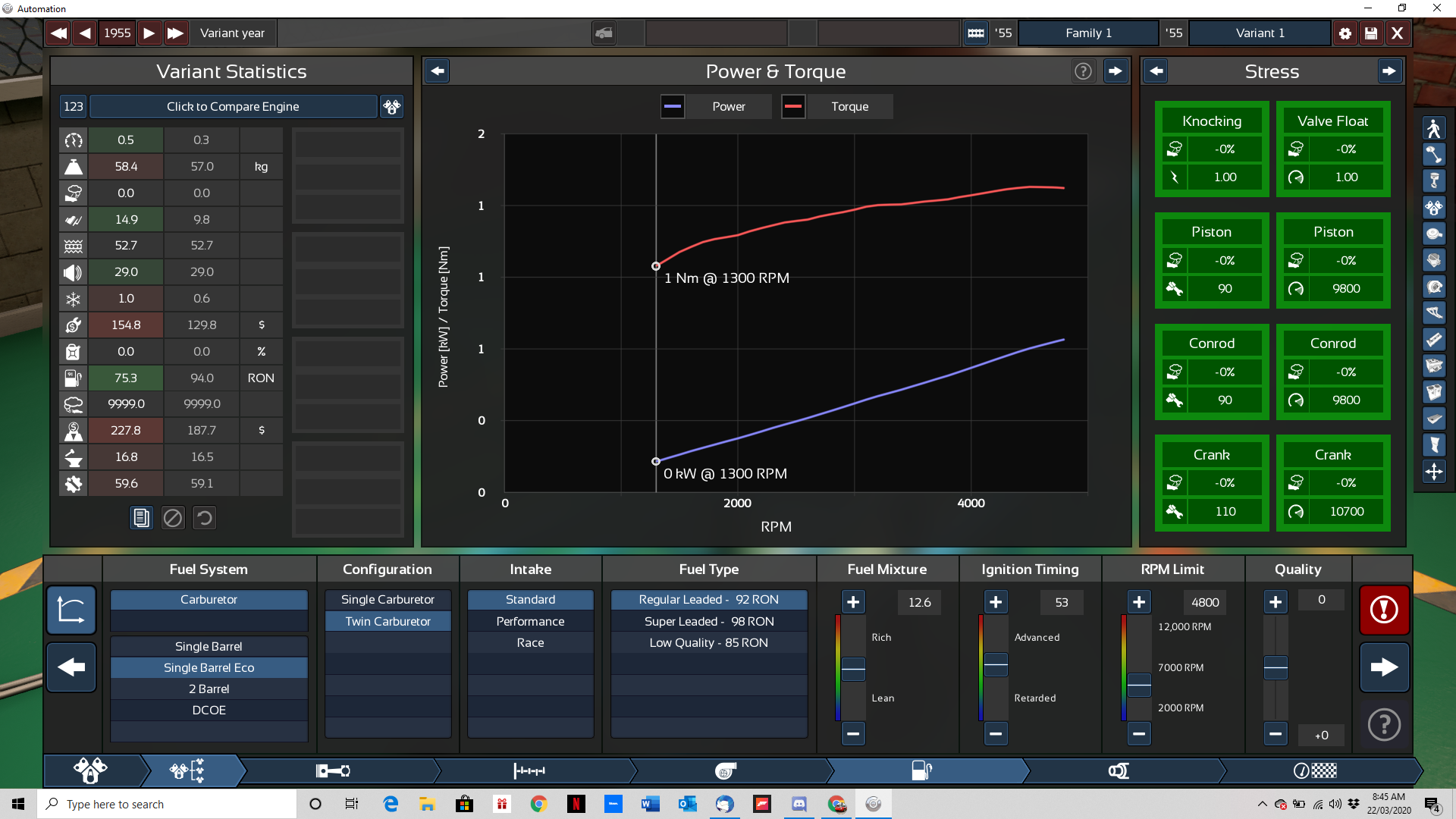 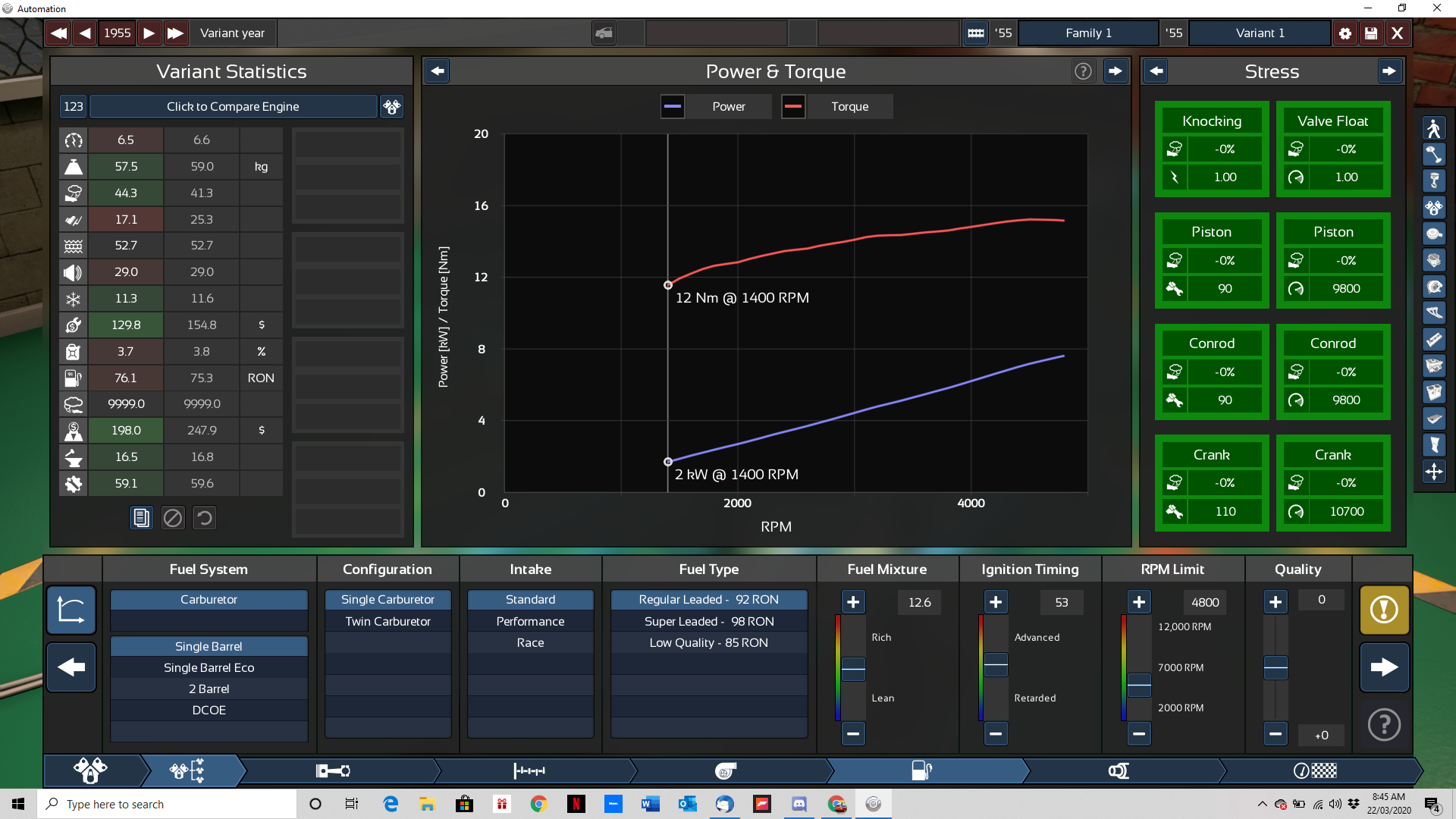 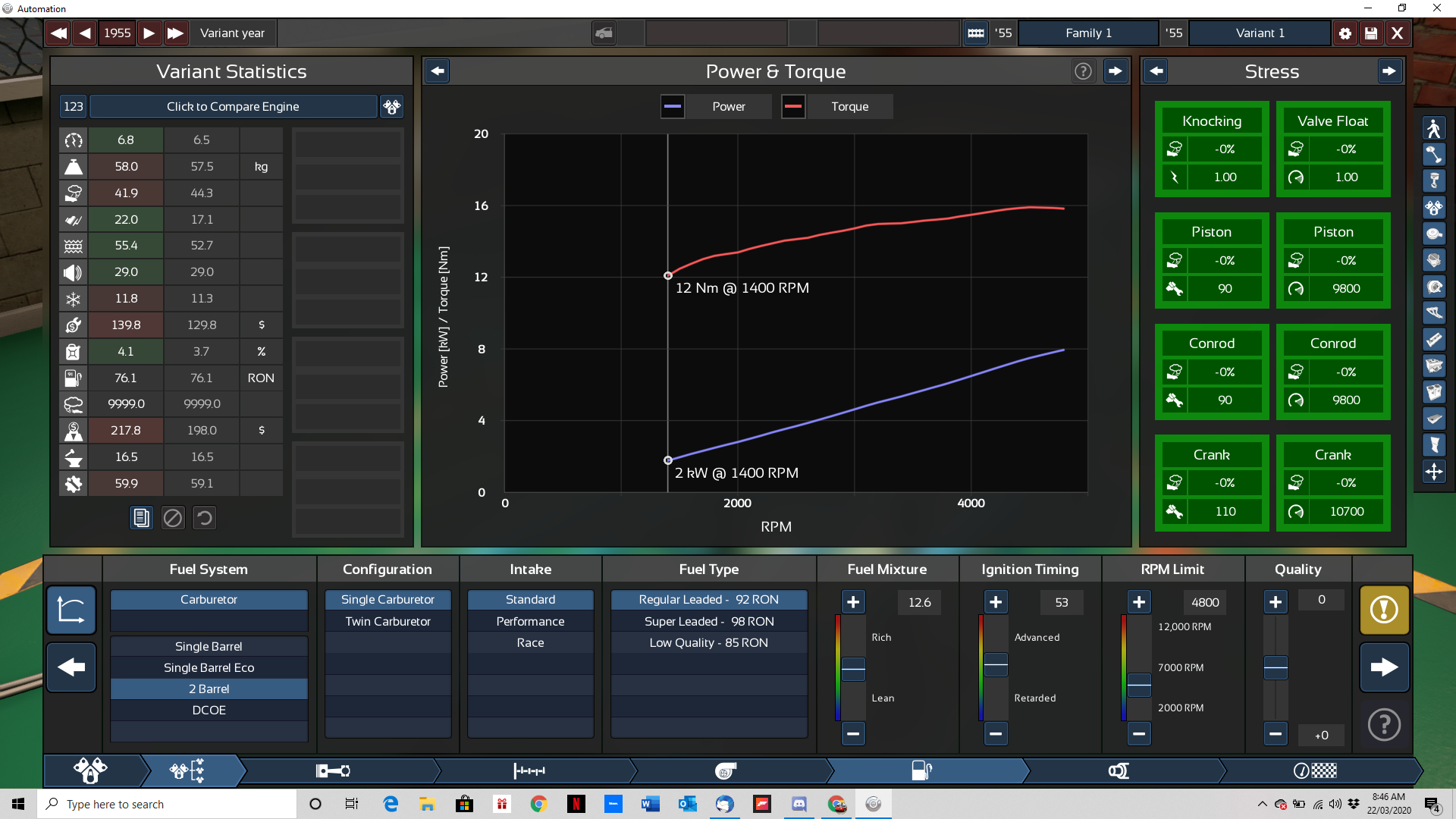 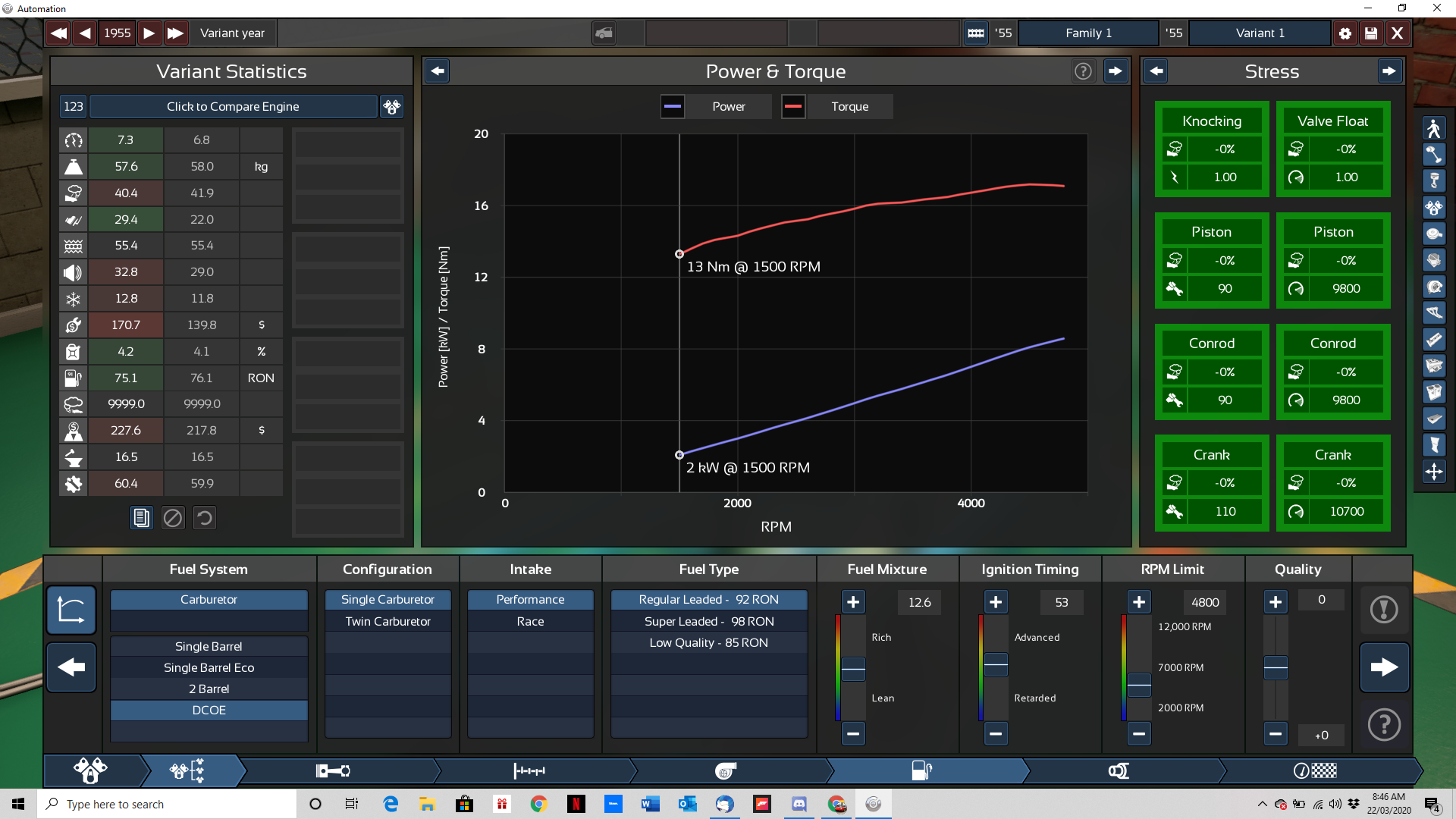 I’m on the Open Beta build.

Also, please note, the 1x Eco-carb allows me to have no pinging at 94 octane instead of 92 octane, lol!

This should be very easy to fix, I’ve put it on our list

thanks for pointing out!