Also since the engine revamp the tooltips are a lie. They say for some part that they reduce noise, that’s a big lie. 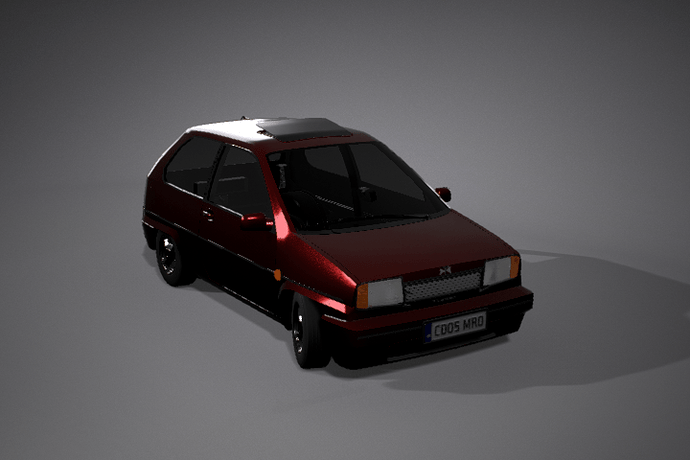 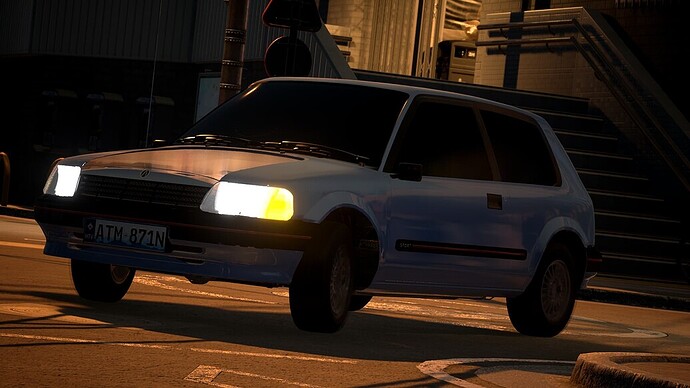 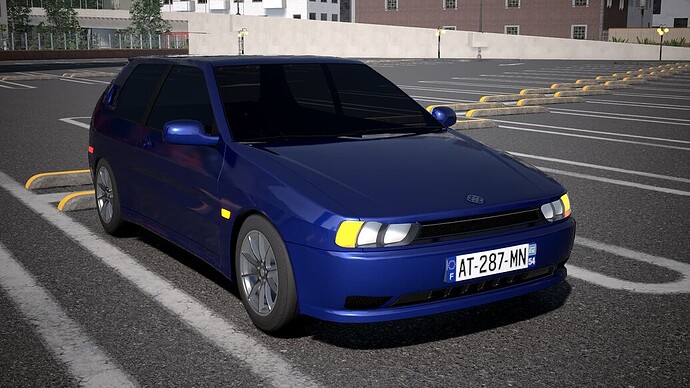 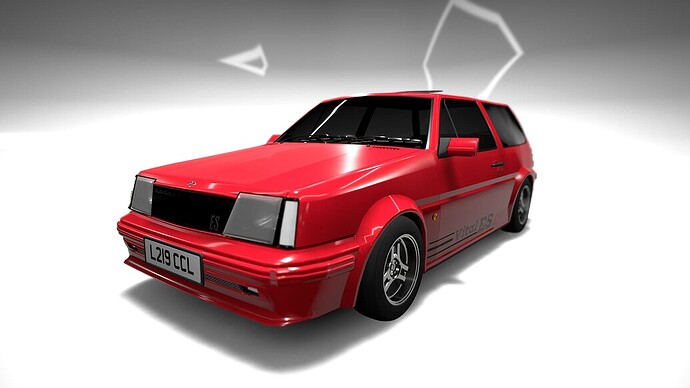 knugcab1035×582 63.8 KB
Looks a bit like an old brick, but with a masculine, get-outta-the-way streak. Cheap and reliable, but among the slowest cars. 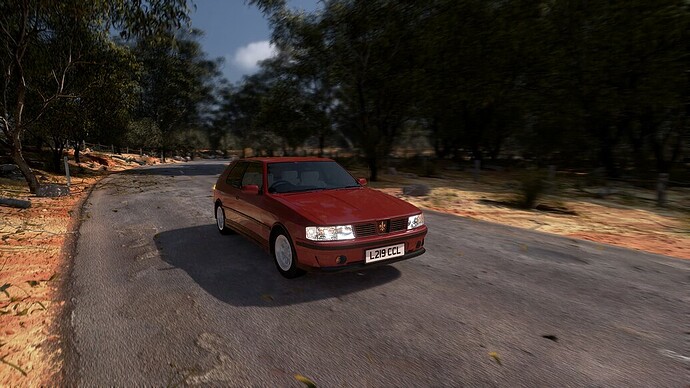 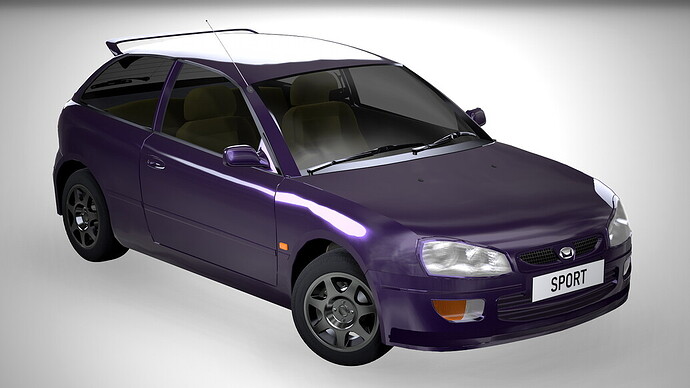 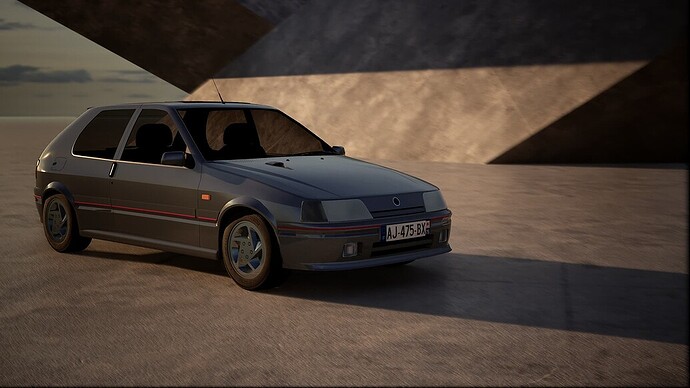 mart1n1035×582 104 KB
A solid all-rounder neither excelling or failing at anything, and reasonably fast. Solid design (except the corner indents), red stripe really ties the car together. 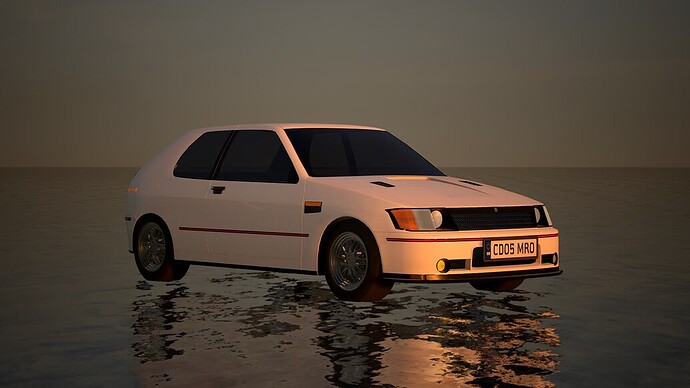 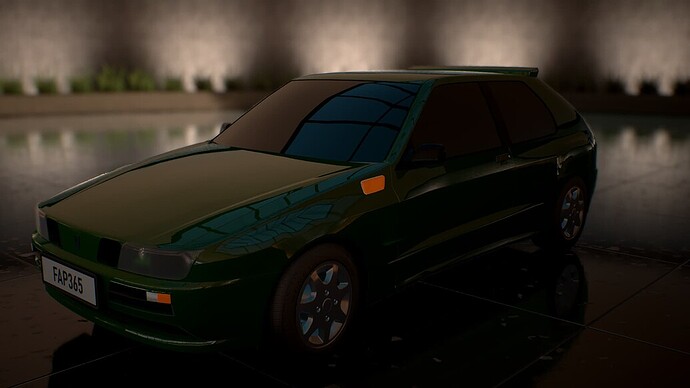 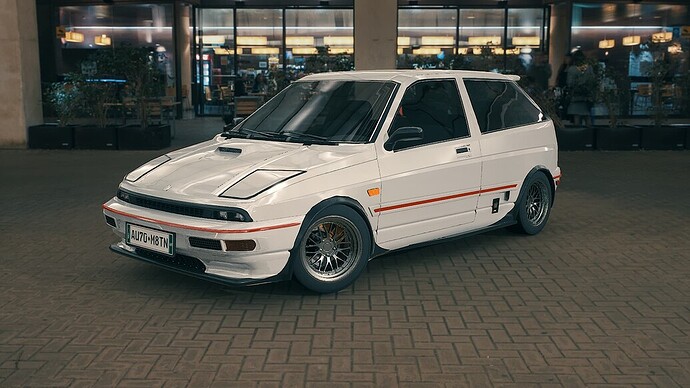 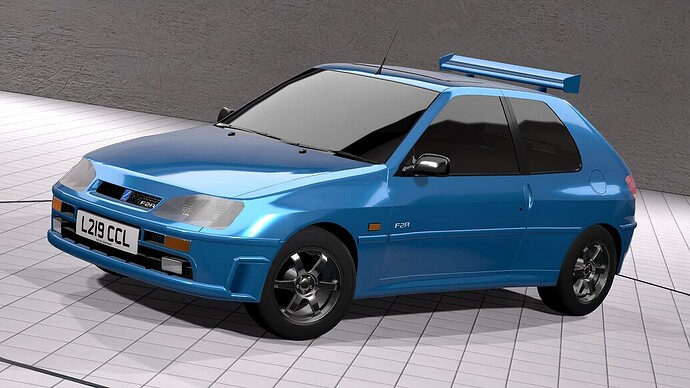 aruna1035×582 139 KB
A striking blue pocket pedigree racecar, with grip as a particular strong point. Expensive-ish to own, below average safety, and Italian “reliability”. 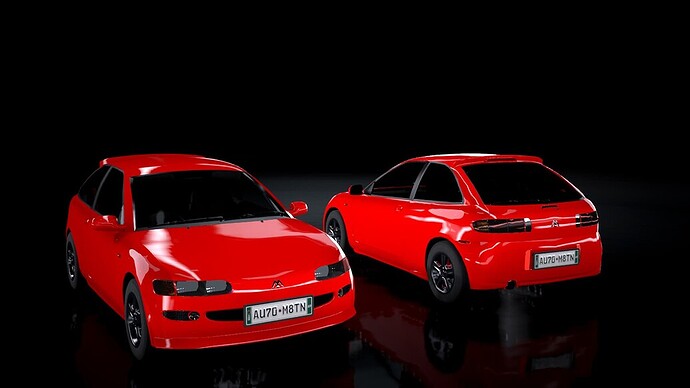 abg71035×582 58.7 KB
A happy, modern sleeper with a sporty secret (lower front vents are a bit high?) Quick and sporty with very a responsive engine, but no ABS, otherwise about average. 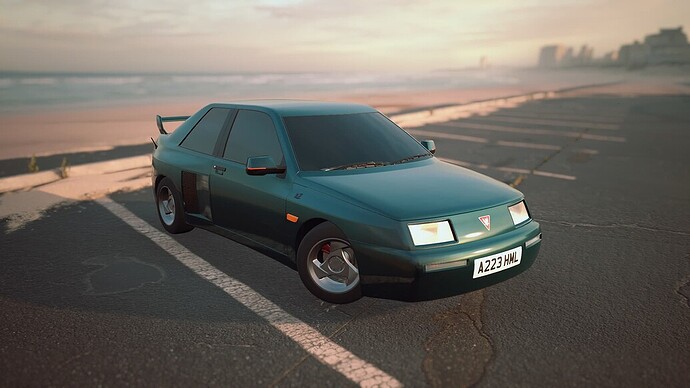 texaslaw1035×582 98.6 KB
Chonky design, flat front courtesy of rear engine, which on the other hand gives class-leading acceleration. Surprisingly well-mannered handling considering, and peak comfort. Very expensive to own, and I would be more confident with the RR layout with the aid of ABS. Strong “What if the Audi Coupe was based on the 911?” vibe. 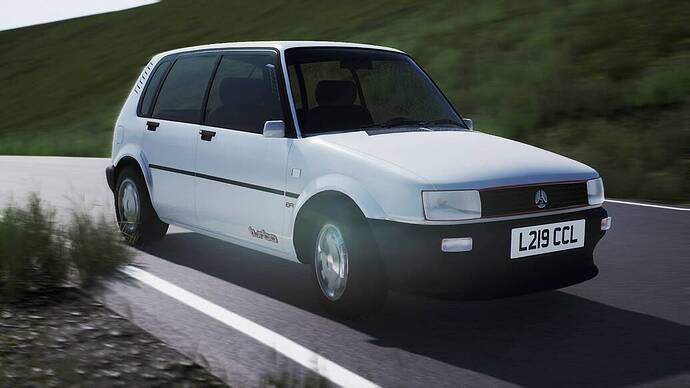 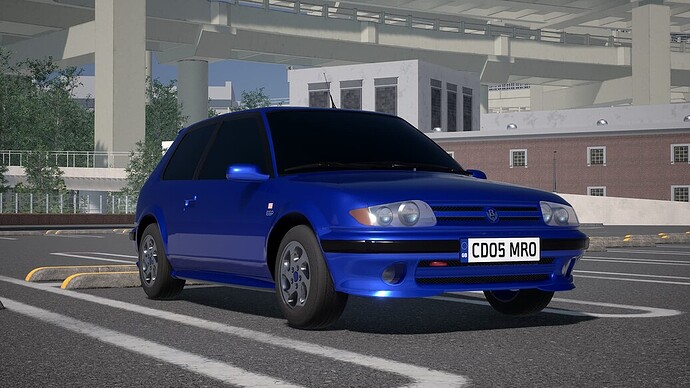 bbestdu1035×582 149 KB
Both the sportiest and least comfortable, with a barely legal but good-sounding exhaust. Cheap to own. Design not bad, but headlights a bit droopy and futuristic. Aluminium panels and ungalvanized chassis an odd combo. 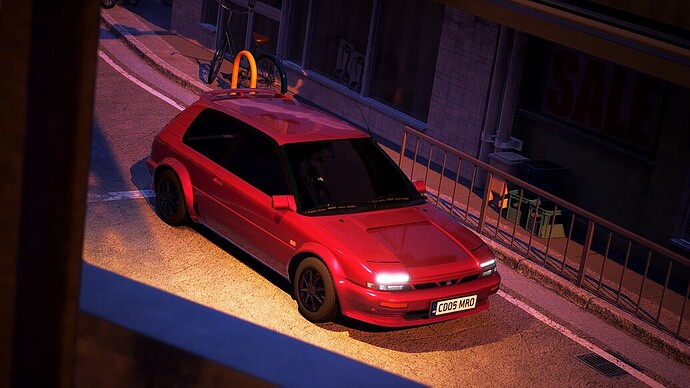 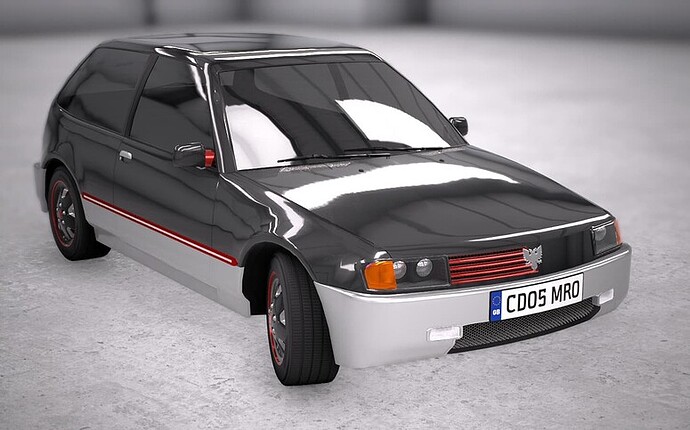 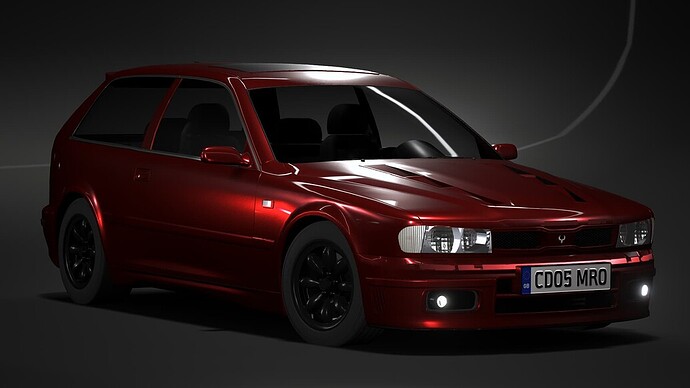 drdoom1035×582 66.5 KB
A quite elegant design [bit early for Altezzas], quick, sporty and prestigious. Very low reliability, apparently there’s a bunch of issues with the valvetrain, suspension, bodywork and electrics. 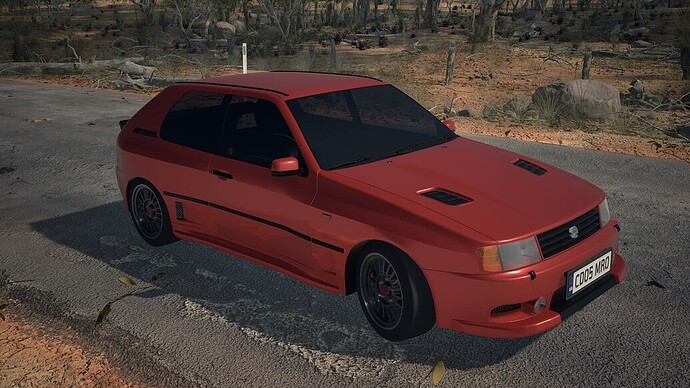 gridghost1035×582 191 KB
Chunky, racy design, with AWD for wintertime. Quite sporty and decent service costs, but below average in other areas. 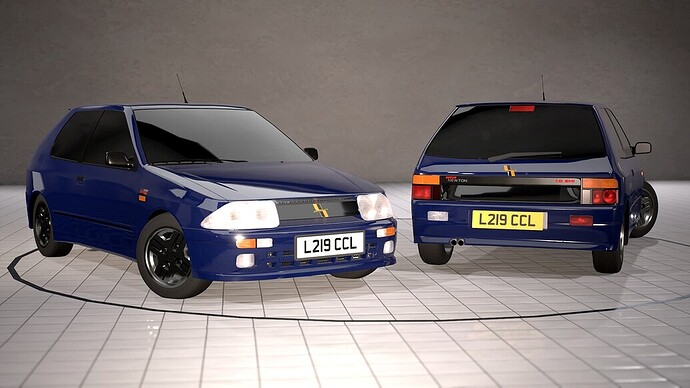 lotto1035×582 110 KB
Headlights are bulky, but add character. Cool logo, and comes with a right proper Sport Interior. Race car sound (right on the limit of legal), but not particularly fast, and below average as an everyday car. 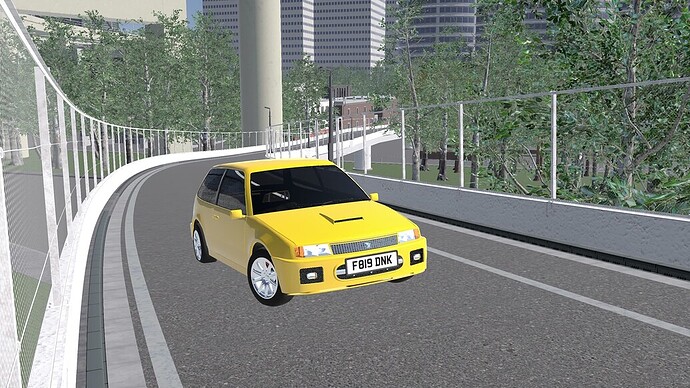 Our dude has finally concluded, and the winner is :
1. Resuki Sanda XR by @Repti
Apparently there’s a waiting list for Sanda XRs, so Ben needs to have some priority backup cars, which was a bit harder to to pick:
2. @karhgath Régal 253 Sport
3. @Riley Zephorus Bretta SC
4. @Lanson IKIGAI EcoSwift 2.0L AWD
5. @Conan Mitsushita Jesta RS

I’m already notified Repti won’t be able to host, so hosting rights pass down the list as usual, beginning with @karhgath

Again sorry about the delayed results.

Grats to the winner! Very surprise that a very RWD sporty hatch was competitive with so many great entries.

With the JOC2 judging starting and my lack of time lately, I will have to pass the opportunity to @Riley unfortunately.

Darn, wonder how far off the mark I was with my Vizzuri? I thought it sounded good from the review

Congratulations to “the winner” really good result, especially for a first challenge entry for some time.

@Aruna 6th, so yes, it was good (like many others

) and you’re next in the line of succession.

Postscript stuff
I think our dude Ben would be happy with most of the cars, even the non-top 5 did good and it was very close in the end, with the restricted budget.

Beware of spreadsheets, they can spread out into a monstrosity. About 69% of judging time was simply wasted confusing myself in Spreadsheet Simulator 3000.

Not quite feeling the design either, with the 70s chrome and one-sided grille.

All the performance FMs have the one sided grill…right up to modern day.

Great competition, I thought it was fair and well-judged.

I could just ask what you thought of my car and where it came in your thoughts/rankings like a normal person, but instead I will ask: 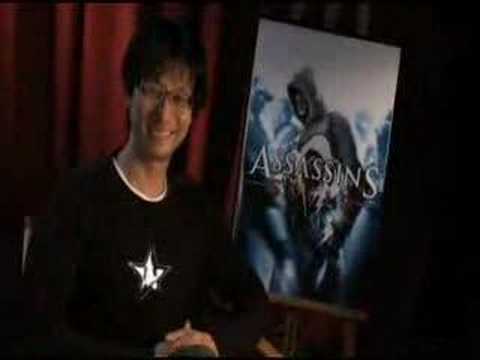 Could I get some feedback on the Trident? Designing small hot hatches to a budget is not my strong point and it certainly showed with the Sapphire in my opinion as to get the performance i did for the ET and budget i had to use an odd engine capacity and valvetrain (1.8 SOHC 3V) Compared to my usual 2L DOHC 4V, Long stroke affairs.

As much free time as I have now, and QFC being not too big of a challenge to host, I’m still going to pass to @Lanson

Thanks for the round!

Wow, that was fun to make and see everyone’s cars, I “”totally”” didn’t forget about reliability

Copy that, yes I can host. I’m thinking something from 1999, but I’d like some feedback on what genre we should build to. Maybe sport trucks?

Sport trucks could certainly be a fun idea.

The last sport truck theme I remember is when Tom Henks did the actual races about a year ago.

Sport trucks is a good idea or, early hypercars are from that era as well. Could be a good one.

OK I’ll start some sampling on the trucks and what bodies that gives us, hopefully more than a couple. I’m thinking it will be a pretty flexible body range, to just let us be creative. And, just to be unique, what do we think about Mini trucks like “Truckin’ show trucks”, with big wheels, air ride, etc.? Not the nutso stuff of the 2010’s but more like that "cool, Air Ride! time of the late 90’s early 2000’s.

OK, here’s the new one, we’ll take it from there.

Hi everyone, thank you so much for giving me the opportunity to host my second challenge. Let’s make it a good one! Previous QFC12 - Hot Hatch Time Original QFC For this round, we will be making factory sport trucks new for 2003. I was going to pick 1999 but there’s some good bodies that come up in '03 so we’ll go with that. First thing first, Personally, I think the “Tech Pool” system works poorly for competitions. Its basically like skipping ahead years, so it defeats the purpose of us…

@DrPepper2002 My first thought was something like “whoa dude I didn’t expect something this fast (and small) as the first entry”. Enginewise, setting the family year to 1992 instead of 1975 gives a considerable boost to reliabiltity and, switching to twin-scroll turbo and boost control gives much more low/midrange power for free.
Slightly larger tires (diameter and width) would help acceleration, braking and cornering (when I moved the front flare slider from 0.99 to 1 on a clone, it unlocked up to 195 width). The rear lights could be larger, perhaps a different design as well (this is one of those bodies where putting lights at the corners is a pain, so having them more “inboard” makes sense) Some sort of rear spoiler would be appropiate for such a high speed racer (just turn down the slider to keep the top speed).
I think having some sort of detail on the C-pillar, like a vent or 3-stripe decal, would further help it stand out as the ultimate (unless there are even more extreme trims) Sapphire. I would suggest lenghtening the bumper strip around the corners (with a shorter, mirrorer piece), doing the same in the rear, and maybe even add one more on the side at the same height. And add some fog lights and a hood vent, perhaps some more angular mirrors as well. Maybe a more angular side indicator, and side vent as well. The rims are a good choice for the body.

@Texaslav In general yes I riked eet. It’s good you stick to company canon, and turbo air-cooled RR is cool (even) with the widowmaker reputation. It’s chonky in a good way with the wide fenders. The rich green with a pinch of blue is nice and very 90s. The Audi comment was based on the comfort-tune suspension and clean/bit too clean look.
Definitely wouldn’t say it’s low effort though, with the intricate custom front/rear lights. I think the rear lights are a few cm too tall, and the mirror indicators need to go. With the engine being air cooled, the large side vents (1 degree of rotation would bring it more in line with the fender crease) and no front grill make sense. But since it actually has decent brake cooling, some lower front vents would be appropiate and and some more character. Maybe splitting the side vent in two and adding a bump strip on the door, both in line with the top of the front/rear bumpers, could be something to explore, but IDK if it would actually be an improvement (the idea being a more or less continuous line connecting front/rear and emphasizing length over height).
I presumed from the tall hood it had a frunk as well, so you can cram in enough luggage for a longer trip in two smaller compartments like with the Cayman. The trunk would be nice for keeping takeout food warm

Take any “unsolicited advice” with a mouthful of salt, I’m no design expert - I get into this sort of analysis every time I revisit something I made more than like a month ago. On second thought please skip the salt

Thanks for the advice!! I was originally planning and had, infact built, a Car More Akin to the R8-Gen Rover 200 With a long wheelbase but i couldnt get the Length under the limit so a Lot of the Engine work was originally done for That car

. (The original car was infact supposed to use Longitudinal FWD and a 102 inch wheelbase.)
Truth is i hadnt even considered using a Twin-Scroll Turbo as this was my first Competition Entry in a Good While and i Was and still am trying to get to grips with the new engine designer.
I appreciate the feedback and Something akin to this car will appear in the Trident Range (Though under a different model Name) as the 80s develop. Hopefully i give it a Prettier Body though…