Queensland Raceway (also known as the ‘Paperclip’ on account of its U-shaped layout) emerged on the scene in 1999. The track, near the city of Ipswich in south-west Queensland, grew out of a bold decision by the local authority to purchase and dedicate an area of land for motorsport activities in the 1980s. The Ipswich Motorsport Precinct was the result. Located next to a military airbase, it does not suffer from the same noise or development constraints that other circuits often encounter. Indeed, any racing activity would have to go some to out-do the deafening roar of RAAF Base Amberley’s F/A-18F Super Hornets and F-35 Lightnings. First to be developed on the site was a quarter-mile drag strip, known as Willowbank Raceway.

Willowbank Raceway is located 30-45 minutes west of Brisbane, in Queensland, Australia and is home to the Winternationals, which is held in June each year and is the largest championship drag race held outside of the United States. The Winternationals showcases everything from Top Fuel dragsters, the nitro methane-burning kings of the sport down to Junior Dragsters. Other group one categories to be seen at Willowbank include the supercharged sedans of Top Doorslammer, Funny Cars and Dragsters i…

Queensland Raceway itself was next to arrive, however, the simplicity belies the research that went into the layout, with designer Tony Slattery having considerable input from car and motorcycle racing authorities, including CAMS circuit expert Professor Rod Troutbeck. The philosophy was to provide the maximum length of straights possible within a 3.2km lap distance, thus giving many deep braking zones to encourage overtaking.

The circuit layout has suffered some criticism over it’s simplistic design, but this was controlled by a number of factors that could not be changed; the shape and topography of the site, the FIA design requirements, and the most important - the construction budget, explains Slattery.

The full 3.12km National Circuit was designed primarily for the top level classes in Australian motorsport and features four straights of varying lengths to provide a balanced opportunity for passing on each lap. Drivers have been slightly less enthusiastic – flat as a pancake, the circuit is no Mount Panorama – and the bumpy surface in latter years drew criticism. Circuit owner John Tetley promised a full resurfacing at the end of 2010, but this had to be postponed by 12 months due to the large scale flooding.

Today, Queenland Raceway boasts a diverse series of events, including its own series of local club racing, alongside the yearly visit of the Shannons Nationals and the V8 Supercars. It also remains one of the most active of Australian circuits, with general testing, racing schools and promotional events happening most days of the week. 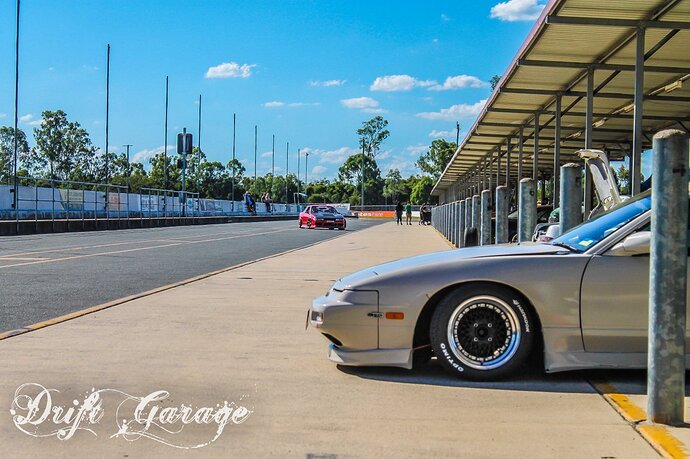 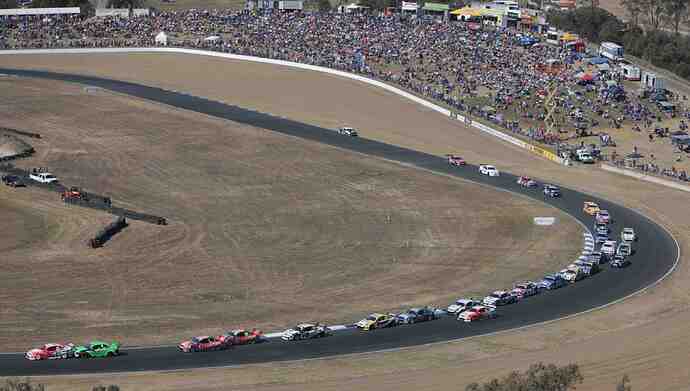 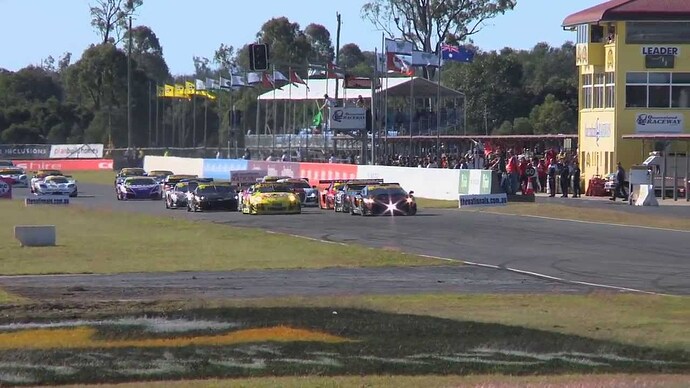 == Changelog ==
v1 Track created; length within 0.094m of real track, the circuit has no elevation changes, put in some sportiness values.

that is awesome to hear. Could you build a car to V8 Supercar-spec and take it round to see how closely it matches times set IRL?