Question about ripping whatever from other games

I’d like to ask whether or not I’d encounter any legal issues if I upload any model/texture onto the workshop if it belongs to/was ripped from another game, be it old or new. I’m just preparing a new photoscene (or a couple) and I would like to get such a question out of the way before seeing my work go to waste.

Also sneak peek of a garage I ripped from NFS: Carbon 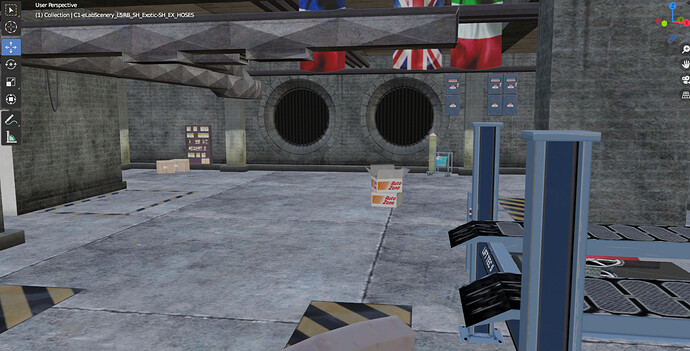 It would certainly be interesting, but the vast amount of mods i have seen have been named, “away” from what they are actually called, if that makes sense. Mostly. Licenses are hard to come by for things like that, and nfs still being as big as it is, the first thing i would do is not name it that. Obviously we get modded cars, you know recently the polestar, aston lagonda, Countach to name a few.

With mods it won’t affect the game seeing as it’s not in the hands of the devs nor is anyone asking money for it. That said, if you’re basically uploading paid content for free then there is some copyright issues. Chances are nothing would come from it as they wouldn’t find it, but it would technically be infringement.

Gamebanana has a porting whitelist. If a developer is not listed you could assume that they are in the gray area (not officially endorsed, but unlikely to take action as long as it is not for profit).