So, I had this snap idea. Why not make a thread about posting pdf’s of racing regulations throughout the years?

So I’m doing that.

Be helpful, and post any others that you find/know as replies here.

Anyway, I’ll start us off with a few!

Regulations for the 2015 DTM Series

Thank you Vri for posting this! Will be pinned.
I would like to add this:

#For anything by the FIA
http://www.fia.com/regulations
#BTCC
They are currently running on the NGTC (next generation touring car) regulations
More compact set of rules: on the BTCC website, this should serve almost all your needs
Very long set of rules going over the entire procedure of running the championship: right here

#V8 supercars
Have a look around here
Current rules are here

FIA’s appendix J Through the years up to 1990

That’s the second link in the OP

just with a misleading name

Heres the Group B Rules and Regulation 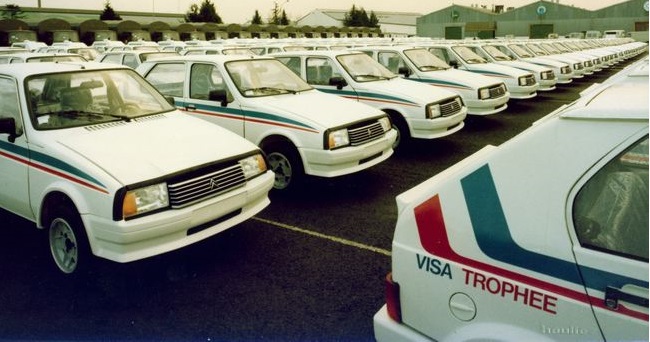 As for JGTC/Super GT, I found the current regulations but they’re in Japanese. Instead, here are the 2014 ones for GT500 as well as GT300

NASCAR rules govern how the stock cars are built and how each of the races are run. Learn more about some of the different NASCAR rules and restrictions.

The National Association for Stock Car Auto Racing (NASCAR) makes and enforces numerous rules and regulations that transcend all racing series. NASCAR issues a different rule book for each racing series; however, rule books are published exclusively for NASCAR members and are not made available to the public. Still, many of the rules, such as the scoring system, have been widely publicized both by NASCAR and the media.

http://www.formula1-dictionary.net/engine_rule_changes_history.html
This has some good information of some regulations of F1 though history and even a list of almost every F1 engine.

This is the 1987 IMSA Code. Rather self explanatory.

I know this one is a couple posts up but he didn’t put the full site. This site has quite a few rules and regulations. From 1981 IMSA CODE, 1991 Group C, LMP dating back to 2001, and more.
(Scroll to the bottom)
http://www.mulsannescorner.com/

This site has a few Appendix regulations, most F1 sporting and technical regulations through 1994-2016 and more. it also has a very cool database of tons (literally) of homologated cars, from Group 1-6, A, N, B, C, GT1, GT2, and (of course) more. Hard to find (at least for me) technical information (ex. Engine size, HP, boost pressures, and weight year by year) for lots of cars (depending on what category you click on). The cars range from 1946 to early-mid 2010s.
http://tech-racingcars.wikidot.com/start (go to homologation, and scroll to bottom for F1)
As an added bonus most car specification pages have links to other websites, cutaway drawings and racing history. (ex. http://tech-racingcars.wikidot.com/audi-r18-e-tron-quattro)

I know this one is a little off the topic of regulations but this site is by far the best I have found for a huge (and I do really mean huge) database of sports car racing ranging from 1921 to current. You can search for certain cars to find out what championships they raced in, classes they raced in, cars they raced against. You can search for certain tracks to see what races were held there and cars that raced there. They even have listed cars that were entered to race but never showed up, and named drivers that were listed on cars but never drove. Race and car information can consist of chassis numbers, best lap, qualifying time, entered cars, starting grid, obviously finishing result, and (I think you get the trend now) more.
http://www.racingsportscars.com/

I know this one is even more off topic of regulations but this site is really cool and easy to see how circuit layouts and lengths have changed throughout the years.

A directory of world motor racing circuits, with maps, detailed histories and video of tracks used by the major car and bike championships.

Update to superGT: there was a technical regulations update in 2016 for GT300 and GT500. For those unaware: here’s a good background on how GT500 works, they’re quite unique.

Search up any homologated car, and find information about it.

SCORE Class 5 is open wheel unlimited Baja Bug class that competes in the SCORE off-road race series races including the Baja 1000, Baja 500, San Felipe 250, Baja Sur 500 and the SCORE Desert Challenge. This class is open and all components will be considered open unless restricted by SCORE International. Vehicles must have the external appearance of a "Baja Bug". Vehicle must be a Volkswagen Sedan Type 1 Hardtop or Convertible. 181 Safari, Porsche 900 series, and Karmann Ghia are included in t...

SCORE Class 5-1600 is open wheel limited Baja Bug class that competes in the SCORE off-road race series races including the Baja 1000, Baja 500, Baja Sur 500, San Felipe 250, and the SCORE Desert Challenge. Vehicle must be a VW Sedan Type 1 Hardtop or sunroof as delivered from the factory. Vehicle must have the external appearance of a "Baja Bug". No Convertibles, Super Beetles, 181 Safari, Porsche 900 series, or Karmann Ghia are included in this class. Engine must utilize Volkswagen series t...