Introducing the 1975 D-Lux from Raoh Automotive. This is a car designed for the successful modern man, one which will spare no expense! 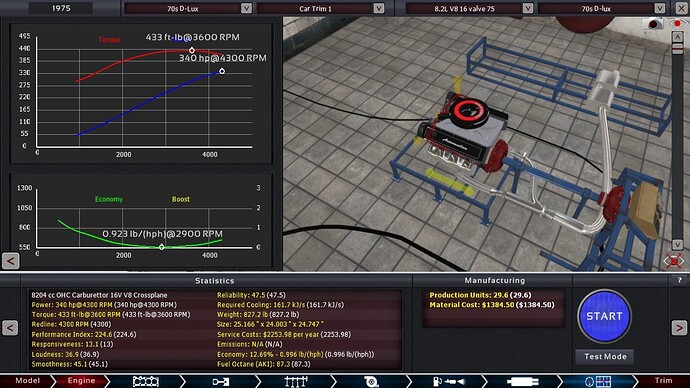 I really like the design I made for this car, and It was pretty fun trying to get the comfort up to 40, but keeping the total costs as low as possible! The engine is probably way outside of the range of what most were offering at the time for the price too. I was trying to build something that would crush the 1975 Cadillac Eldorado. I have a bunch of cars I have created, but I really like this one. I love the design.

What does everyone think, any way I can make some improvements on price and keep comfort high?

The rear end seems a bit barren, but the car in general looks great.

The rear end seems a bit barren, but the car in general looks great.

I don’t know what else to add! We are very limited on cosmetics, and I have the community mod pack, but I can’t think of a way to add a few more things to the rear end.