With the addition of front longitudinal, I am wondering if rear transverse is going to be possible in the base game? It would offer the same passenger space advantages of rear longitudinal, but with cheaper inline engines instead of Vs or boxers.

On a similar note, repeating myself from another thread, what about an option of whether to place front longitudinal fore or aft of the axle, the same as rear engines get? Some bodies, such as certain trucks, have more room ahead of the axle than behind, and maybe a forward engine weight placement is preferred.

There is also the matter of front transverse not being able to be mounted behind the front axle, which would be useful for AWD weight distribution. A mirror image of this already exists in form of ‘mid transverse’, even including the option for AWD.

With these configuration options there is one specific aspect which (naturally) most people don’t see: we need to draw the line somewhere. The line is exactly where it is now

Front long/trans, Mid long/trans, and Rear long. We ruled out rear transverse as it is so uncommon. Even when things appear like easy tasks, what is equally easy to forget is the rat’s tail of consequences that has for balancing (creating many more options) and for testing (a lot can go wrong).

So in summary: yes, we thought about it and no, we won’t implement it.

How about DLC, assuming the game does well enough?

If there is enough demand for it, sure, but I would think people would like to have a lot of other things before that

Ah yes, those annoying other people.

I can appreciate the limited resources you guys have, but I am rather curious what the logic behind placement of the FWD longitudinal engine was. Did it somehow make recycling assets easier? Or most cars in the game don’t have room in front of the axle? Or it is more common in real life?

If you are talking about real life, FWD longitudinal has it place in the industry. Subaru and Audi still use it.
The advantage of longitudinal FWD is it solve the torque steering problem due to its symmetrical front drive shaft, hence improve the stability. However, longitudinal FWD needs a massive engine bay, so only few car are adapted in this way. Subaru dual with the engine packaging problem with a super-short boxer 4 engine, while audi develop its own gearbox to conquer the problem.

The current Front long. FWD is a the Citroen-way of doing it - it differs from what Audi and Subaru are doing (and what Saab was doing with their tilting of the engine)

The Citroen-way is putting the engine BEHIND the front axle - bascially a Front-Mid placement - and putting the gearbox before it. It basiscally looks like a Rear-Long engine put in the front. Looking like this

Audi put their engine in in a regular fashion - but did a lot of gearbox trickery which lead to something that looks like this.
Gearbox and differential in one case. You can fit decently sized engines into the bay with that config - the Audi RS4 B7 had a 4.2L V8 for example. 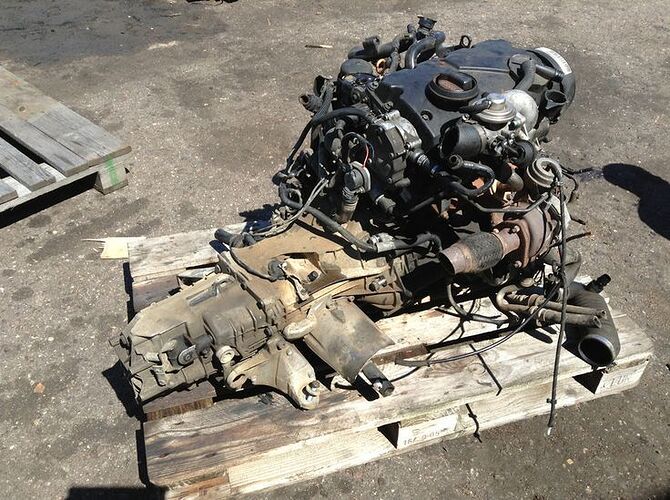 For Rear-Transverse: IMHO it would be quite simple to add it - just take Front-Transverse and rotate it by 180° and put it in the rear.

I suppose this ‘Citroen placement’ is more ideal for handling, however some early vehicles are crying out for FF and there is no room for this FWD longitudinal, nor is front transverse available yet.

Side note/question: in-game transverse engines are mounted off to one side. Does this affect car balance?

As in does it make one side heavier. No just like IRL you have the gearbox to offset the engine, plus extra things like battery weight etc

Cadillac made use of longitudinal FWD in the 60s-70s. The Chrysler LH platform also made use of this configuration (Dodge Intrepid, Eagle VIsion, Chrysler LHS) The Buick Riviera and Olds Toronado are also examples.