Gday guys wondering if it is even possible to make a bonnet scoop that looked like an oldschool supercharger sticking out the bonnet?

Of course I would - there is a shaker hood already available, but a bug-catcher supercharger intake definitely isn’t as of now.

I was looking at doing the top of this, the 3 holes with flappy bits, but then I hit mod troubles when I had to reinstall Windows 10. 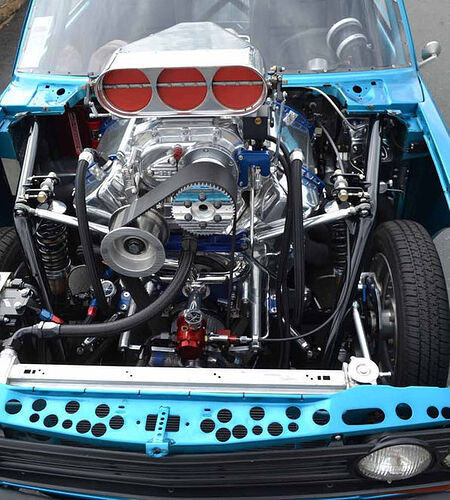 And it is still on the list but 3DS isn’t playing too nicely at the moment in that it’s being a bitch to install…more testing this weekend.

Someone else requested this on my mod thread.

So many mods…so little time…and no 3DS… SIGH

I hope that the installer glitch isn’t a byproduct of the famous “Anniversary Update” (v1607) for Windows 10 that Microsoft just launched. (My machine’s been running like a swiss watch/clock since installing it but I still have to test my old external webcam though…)

Mmmm… Nicely placed shaker atop my 1.0L Civic-replica. Call it the Type R(ice).