This is the official start of the Revo Design. 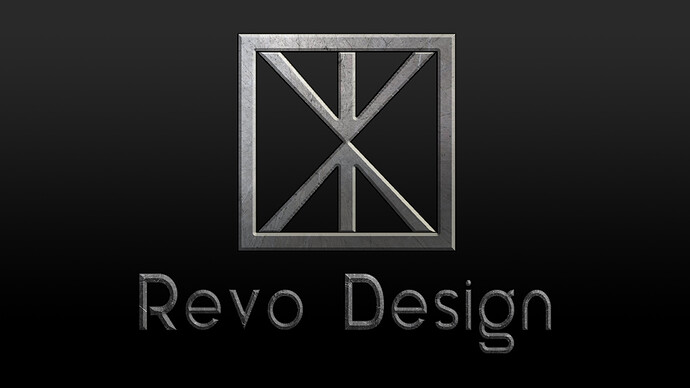 Revo was started in late 2005, by the young millionaire Maxwell Pegasus. Revo Design is based out of the City of York in the United Kingdom. Revo’s primary business is been a tuning consultant for all companies, whether it’s an insane race engine or a tuned performance car. How Revo also produces it’s own low volume production cars, along with one-off concepts and custom commissions.

The Shenshou Revival is powered by a 2.0L V8 that produces 580BHP at 11,200RPM. The engine is derived from F1 technology and materials to make its as light and power as possible. 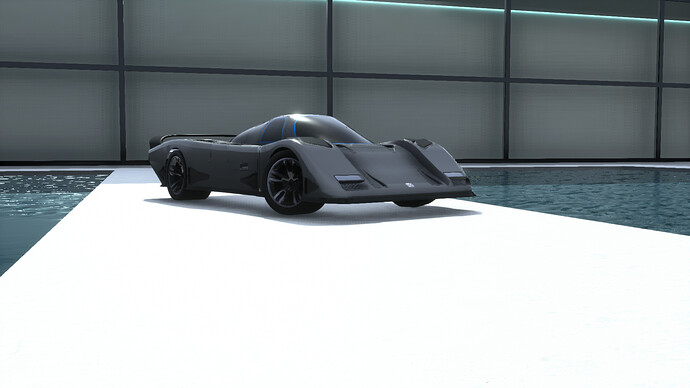 The car weights around 974KG’s and has AWD to put the power down to the ground. The power is sent to the wheels through a 7 speed dual-clutch transmission, that results in a 0-60 time of 2.5 seconds and onto a top speed of 201MPH. 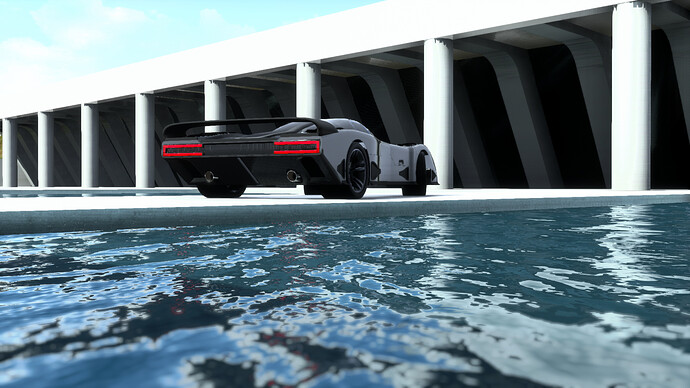 This one brings to mind a Group C prototype modernized for the modern age. Its AWD system helps with power delivery and yields blistering acceleration - but what about a rear-drive version? Doubtless it would be even lighter, and possibly more fun to drive, even if it won’t quite be as fast.

I’ll rework the aerodynamics and change it to rear-wheel drive and see how it goes. Thanks for the suggestion. 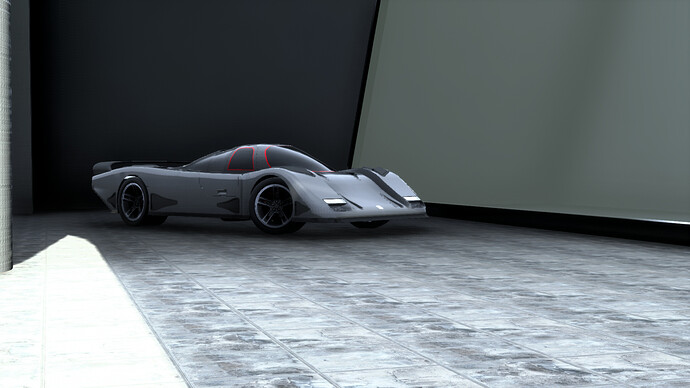 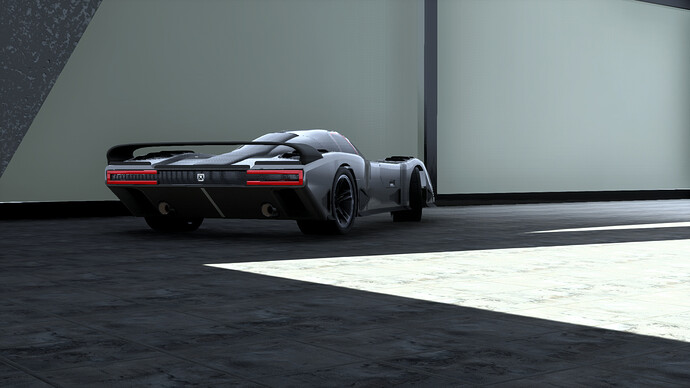 This car is the first ever car tuned by Revo in collaboration with Abel Motors to produce a tuned version of there Irine sports car. The car been tuned for greater handling and performance. The Revo tuned vehicles can be bought straight from a Abel Motors dealership or can be purchased as a tuning package for pre-existing cars. By @TheAgathaNakai. 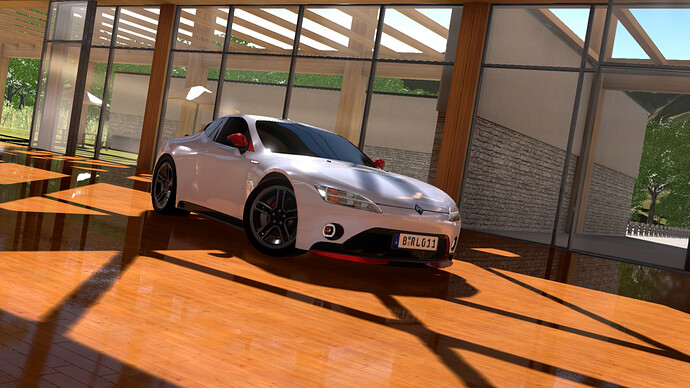 The power has been upped to 341BHP and 264lb-Ft, with a new redline of 8,000RPM. The car now features a set of new carbon fibre wheels, with 265’s on the front and 295’s on the back. The stopping power has been up-rated with a set of Carbon Ceramic brakes. The car’s aerodynamics have been improved too, to increase the downforce and improve cornering speed. 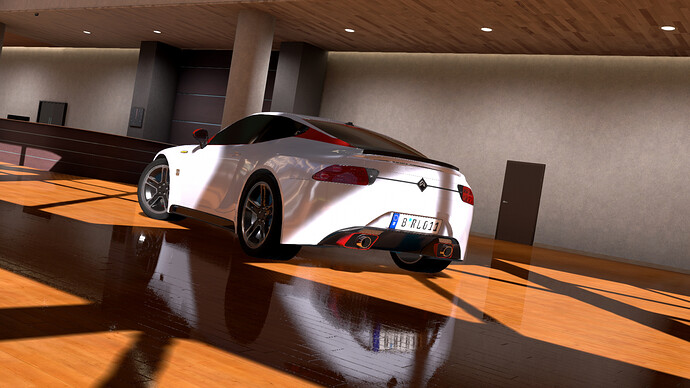 The weight has been lowered to 1336.6KG and a new top speed of 170.4MPH. The car has also been fitted with a new Electric LSD for improved cornering and handling. The car has a new starting price of $59,900 or for the tuning package at £17,000. 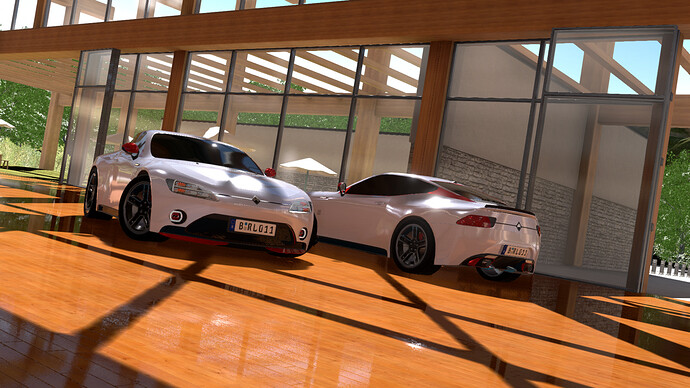 The first ever car designed and tested by Revo Design the car was originally a development platform for many drivetrains and aerodynamic combinations. The car has been through many iterations and is currently on it’s 7th generation and it’s 5th engine. The cars history is as long as the history of Revo Design’s, however the car has never made a public appearance until now. The car has also served as the platform for which the Shenshou Platform was built from. The car will be available to purchase, however they will only be produced in very low volumes for the price of £2.5 million. 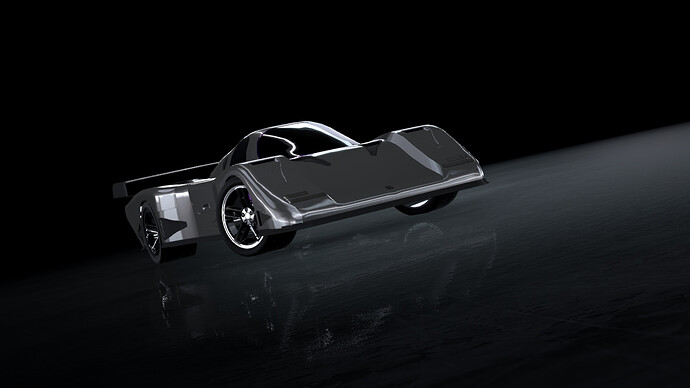 The car is built on a carbon-fibre monocoque chassis, with inboard push-rod suspension. The car’s engine is a 3.0L V8 DOHC with twin turbo’s that push the cars power to a cataclysmic 966BHP, with a redline of 12,000RPM. The power is driven through a 7-speed dual-clutch transmission, that puts the power down through an AWD system. 28% of the power goes to the front and 72% goes to the rear. Which propels the car to a 0-60 time of 2.1 seconds.This monstrous speed is down to both the cars immense power and it’s low weight of just 990KG’s. Giving the Shenshou Jing a power to weight ratio of 975 BHP/tonne. 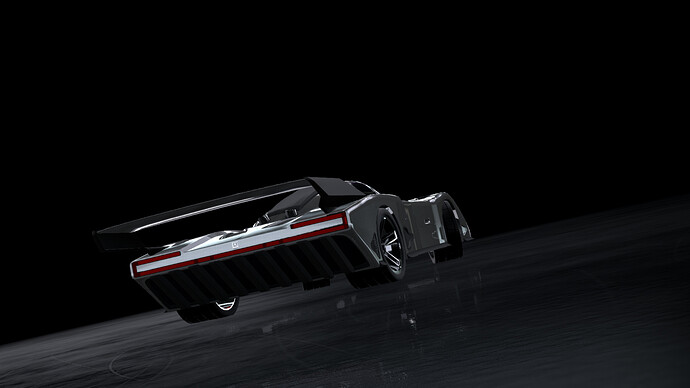 To bring the car to a stop it’s fitted with carbon ceramic brakes, 6 Piston 400mm on the front and 6 Piston 345mm on the rear. The car has a high focus on aerodynamics with its huge wing and many aero ducts, the car produces 232.5KG’s of downforce at the front and 244.7KG’s at the rear. The car has a top speed of 222.8MPH and around the Automation Test Track it’s capable of a 1.47.41 lap time. 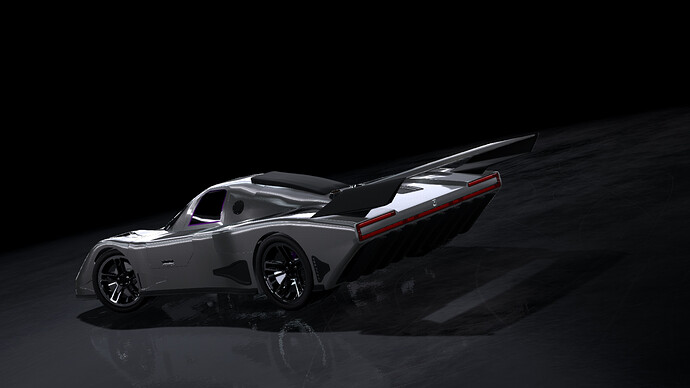 ’Thou hast made this offer over-late, if thou wouldst make peace: for now I have drawn Dáinsleif, which the dwarves made, and which must cause a man’s death every time it is bared, nor ever fails in its stroke; moreover, the wound heals not if one be scratched with it.' 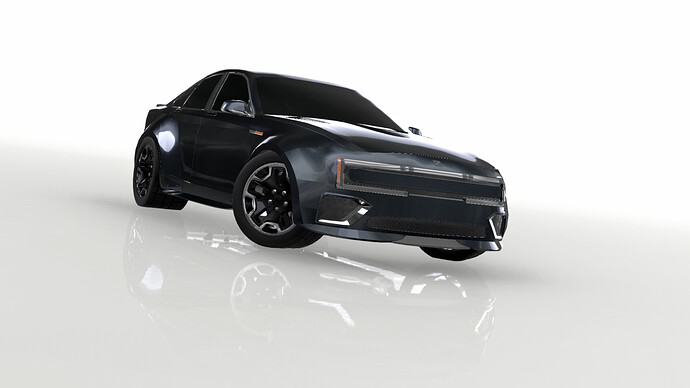 Revo Design is proud to present our latest and greatest master piece. Born from the mind of a madman and engineered to be faster and more powerful than anything else. The Dainsleif represents the ultimate which Revo Design has to offer. The worlds fastest four-door car with an unparalleled top speed of 312MPH. 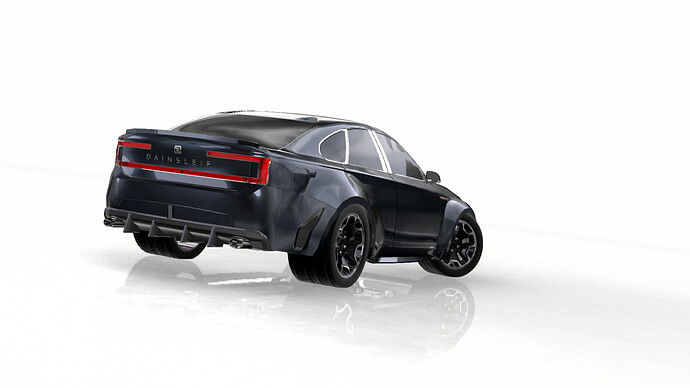 The Dainslief is powered by a goliath of an engine, a huge 11.0L V12 DOHC engine with twin-turbos. This engine is known as the ‘GravityWALL’ engine and has the capability to produce 2,548BHP at 8000RPM. The power is driven via a 7-speed dual clutch transmission through an advance all-wheel drive system. Propelling the Dainslief to a earth-shattering 0-60 of 2.1 seconds. 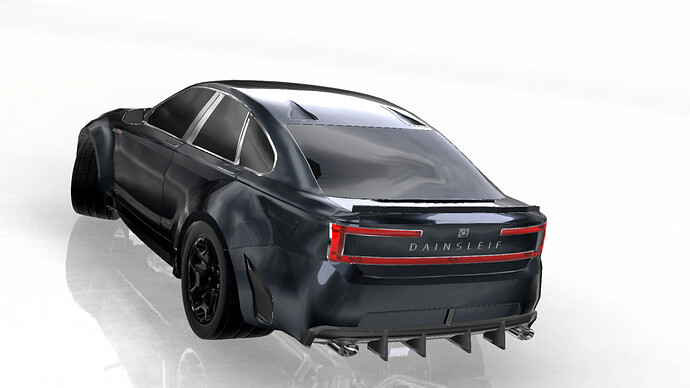 The Dainsleif is built an all carbon-fibre monocoque chassis, with double wishbone suspension up front and a push-rod system in the back. The car has massive 320mm tyres in the front and 380mm tyres in the rear. The car is brought to a stop by massive 420mm 6-pistons in the front and 410mm 6-pistons in the rear, the cars brakes are made from Carbon Ceramic for the best braking performance and heat dissipation. 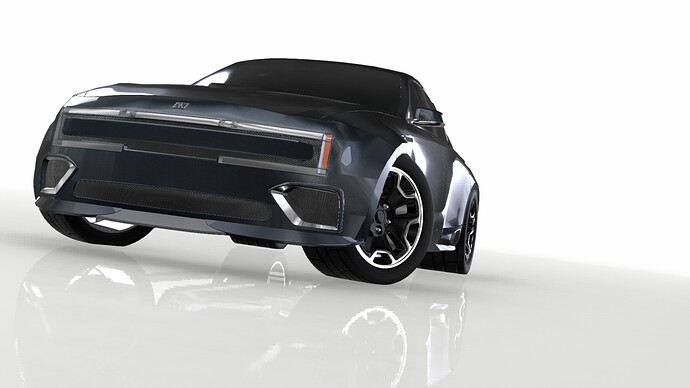 The Dainsleif is nothing more than an engineering exercise and will never see production. It was made to answer the question of why not push the boundaries and make the impossible possible. There is only one Dainsleif in existence and there will only ever be one. The car is simply too dangerous for a normal driver to handle.

As the legend of the sword Dainsleif goes, once drawn it cannot be sheathed it cannot be put away until it has taken the life of a human. This car could and would kill a driver if they are not ready for the shear speed and power of this almighty demon of a car.