With the increasing demand for SUVs in America, in 2012 Gavril (the guys from BeamNG.Drive) announced that they would be separating their SUV range from their passenger cars and commercials- the Roamer model was to become a brand name. This range entered production in 2015 with an all-new full-size SUV, and was an instant success, seeing rapid expansion in the years that followed. 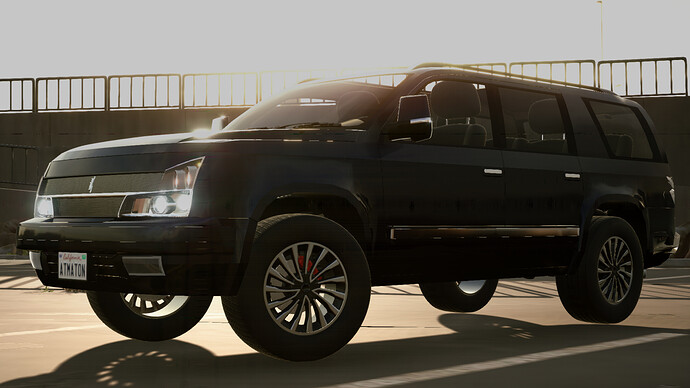 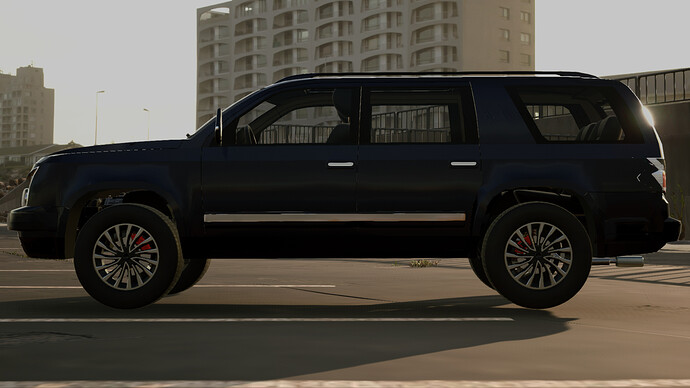 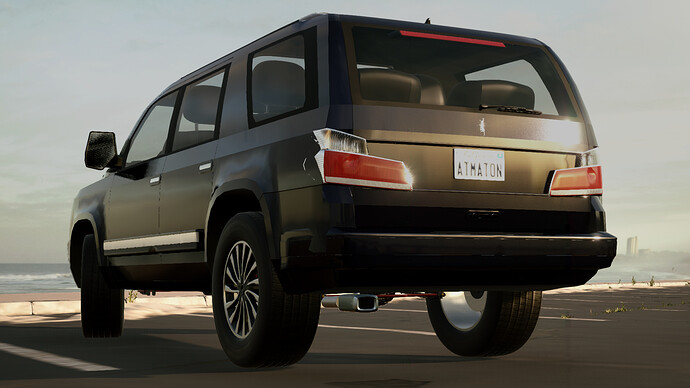 Photo3861920×1080 438 KB
The first Roamer was a new iteration of the original, now known as the XT it entered production in 2015. Available with a pair of V8s, of 4.5 and 5.5 litres, all had the same automatic gearbox and 4WD system. Luxuries inside included full infotainment, 7 vented leather seats (though the third row was optional, they were specified on an estimated 96% of XTs sold in the 2016 model year), heated steering wheel and a 10’’ centre-console screen on which the climate control, infotainment and drive settings were controlled. This model received a facelift in 2019 which also introduced a hybrid system attached to the 4.5l engine and some minor interior upgrades, and is still in production.
3 Likes
agj38 20 February 2021 20:25 #3 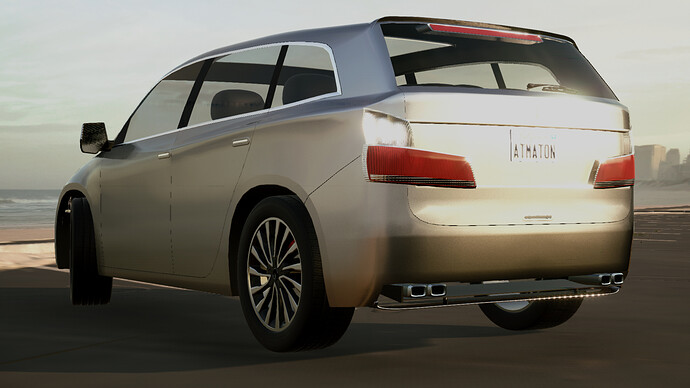 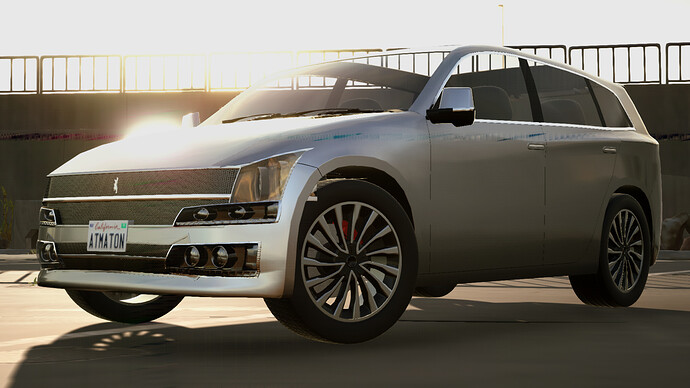 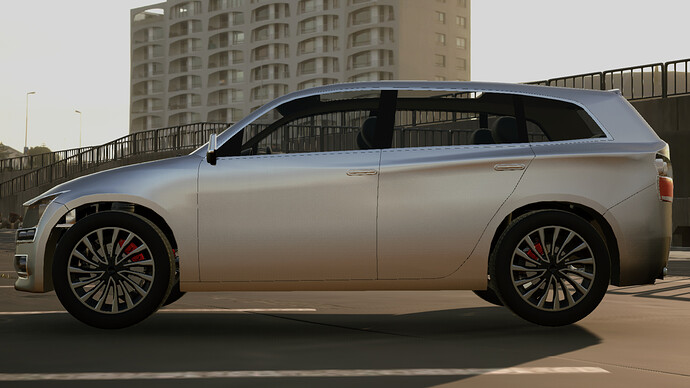 Photo3841920×1080 497 KB
The XT was joined by a slightly smaller model called the Roamer Sport in 2016- designed to strike a true balance between sports and utility, this 5 (+2 on higher specs)-seat crossover was marketed as “the ultimate family car”. The Sport can be had with either the same 4.5l V8 as the XT, or a 3.4l V6, and all have automatic transmissions.

When Roamer became a separate brand from Gavril, the XT was established as an American-only model, with the Sport acting as a replacement for the OG Roamer across the rest of the world. However, due to the lack of smaller engines on offer it did not get anywhere near sales targets especially in Europe- where the Gavril Vertex’s 2l i4 was added to the Sport range from the 2017 model year. 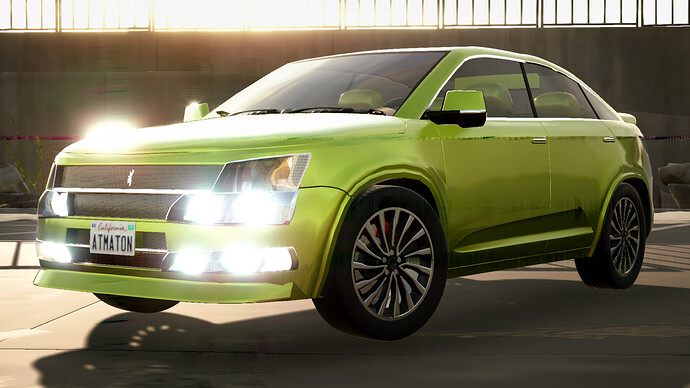 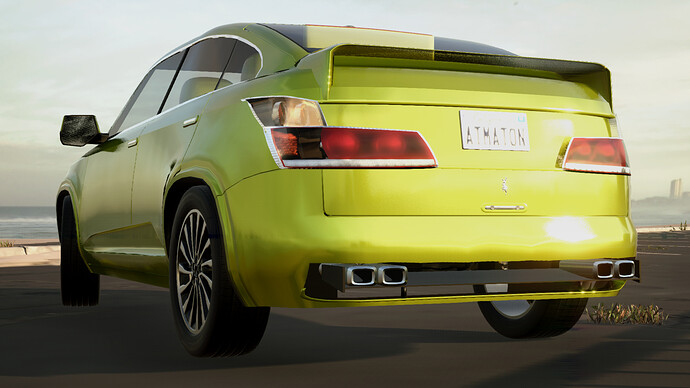 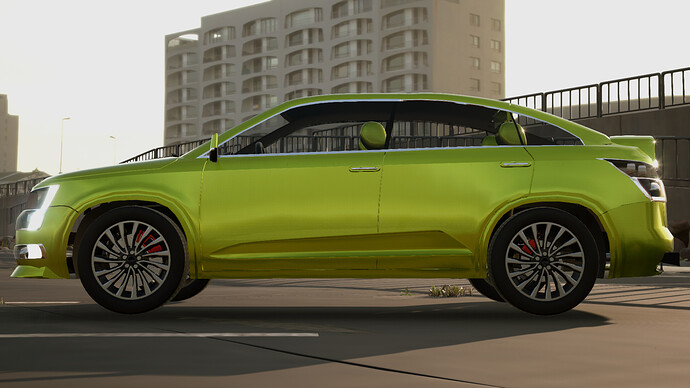 Photo3811920×1080 494 KB
The third new model, given a massive launch event in Shanghai in January 2017, was called the Roamer Vertex, and essentially replaced the third-gen Gavril Vertex (2011-17) in America while a newer hatchback/sedan was developed for Europe. The similarities ended with the base-model’s 2-litre i4, though. This was a stylish soft-roader for the fashion-conscious, and was the first Roamer to get the redesigned interior later applied to facelifted XTs. It was even offered with exterior-colour trim inside, a cue taken from retro-styled cars of the time and which could really brighten up the interior- a major selling point when it was shown on a Golden Green Metallic car (the colour above) against the dull black plastics of its rivals.
abg7 24 February 2021 18:28 #5

The idea behind the Roamer XT/Sport/Vertex is actually decent. It’s a shame the aesthetic execution is nowhere near as good, especially from the front where they looks like they have double chins, and the oversized mirrors and blocky rear spoiler (on the Vertex) do them no favors either.