The Child Company of Kurashiki Heavy Machinery, it propped up in Japan in 1947, made to originally produce “People Cars.” They moved toward proper automobile manufacture in 1955.

The First car to come out of Sakura would be the “Sakura One.” Released in 1949 as small, light, and cheap car made for a post-war Japan. It featured a basic 360cc Inline 3, making 12kW of power, and rocketing the One up to a top speed of 90km/h 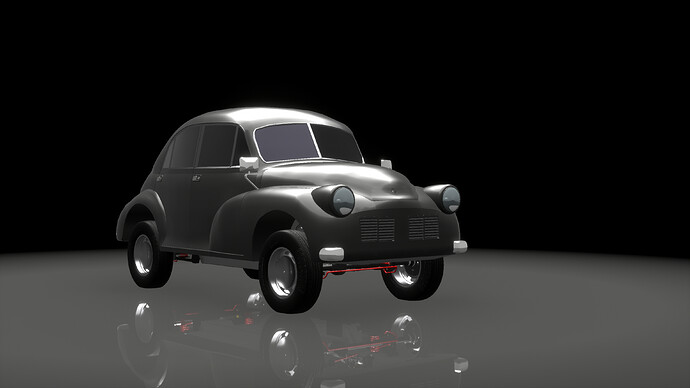 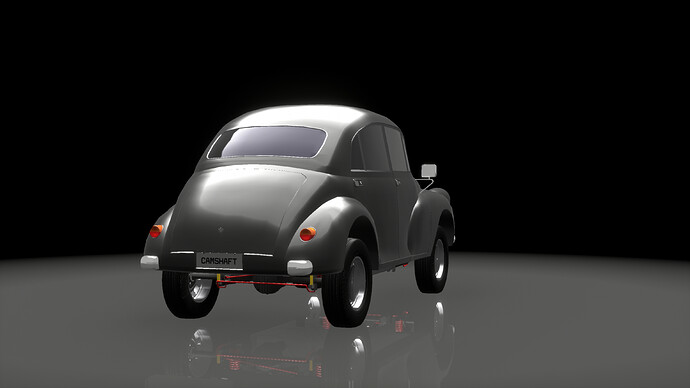 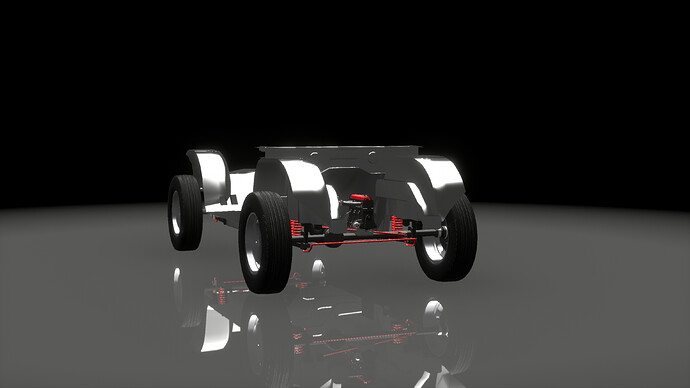 It was reliable, economical, and cheap. Repairs were simple, and able to be done quickly. it sold for $5,353 (Equivalent) when new, and quickly became a staple car in the atmosphere of Post-war Japan.

Ahh no! You stole my name almost! I haven’t published anything yet, but I’ve had a brand called Sekura for a while now.

The 2nd vehicle to come out of Sakura, the Empress was built to combat the non-existent European competition in Japan. It features a simple 1.5L inline 4 engine, the Sh08C-Emp. It has 39kw, and features a simple 2 speed Manual gearbox. It has four simple seats, and a standard radio. The Empress sold for $8148 (Modern Equvalent) 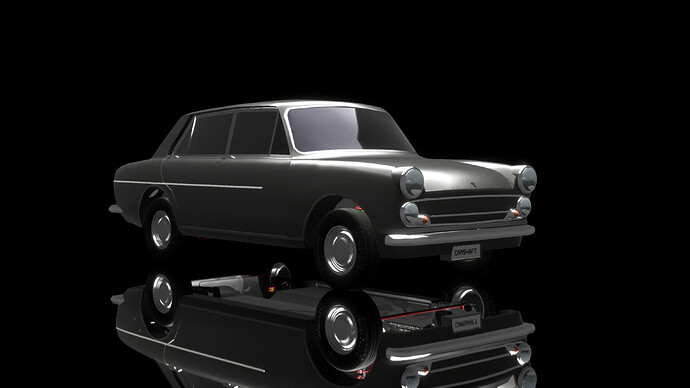 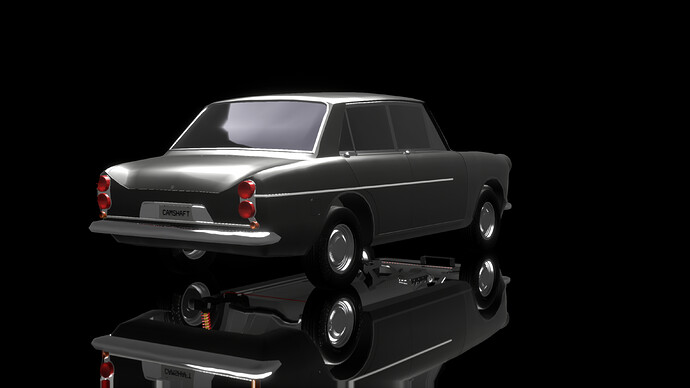 The Previous Generation Empress was replaced in 1964 by the updated E10 generation Empress. It featured an upgraded ShO8, this one being referred to as the ShO82C-E10. It made 57.2kw, a grand improvement over the 1955. It featured four standard seats, and a standard AM radio. It sold for $11,683 (Modern Equivalent) 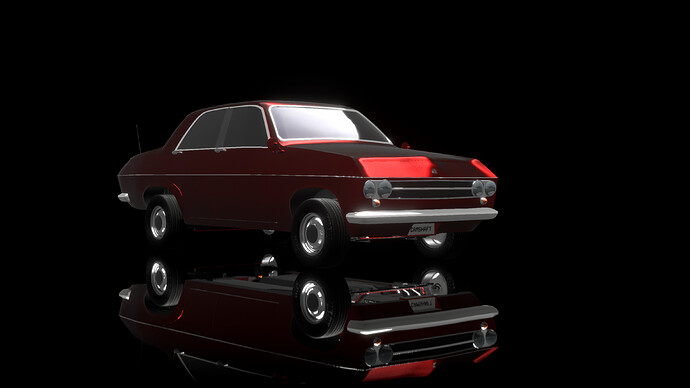 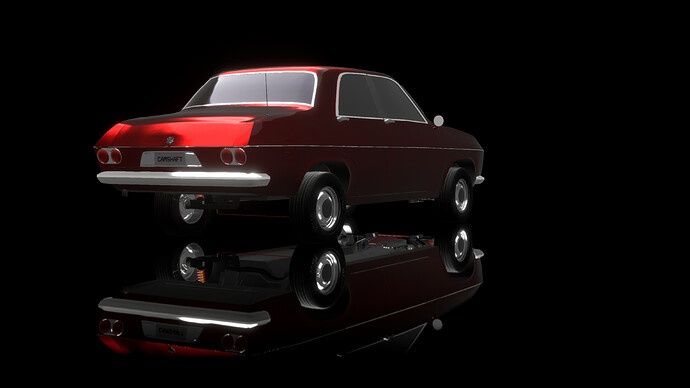 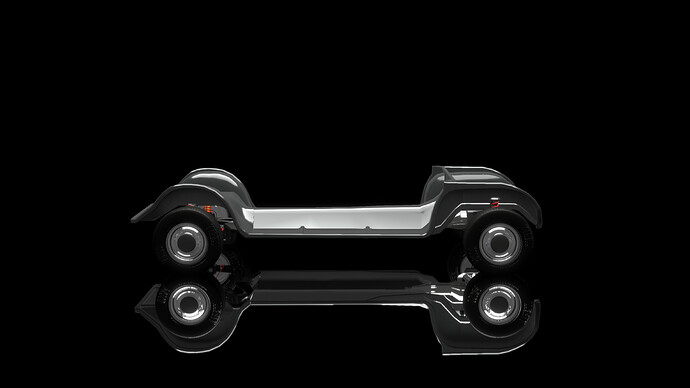 Both Empresses have clean lines and ideal proportions - all in all, these are very appealing cars to look at, even though their engines are anemic by today’s standards.

Agreed, I like the relatively simple and clean design. The beauty is in the sleek lines.

The engines look to me to be realistic in terms of power output for the time.

1967 saw the Empress receive a minor facelift, but it also saw the addition of the First of a legendary line of Empress Models. It saw the addition of a Coupe model to the line-up, and on that coupe was the GTS trim. It gained 2+2 Sport seats, a stiffened and lowered ride, Sport compound tyres, larger brakes, cladded undertray, and a 5 speed manual, over the normal Empress S. The Engine was also updated. The ShO8 was modified again, gaining DCOE carburetors, bringing power up to 74kW/99hp. Only 3,000 were made from introduction to termination. Each sold for $14,540 (Modern Equivalent) 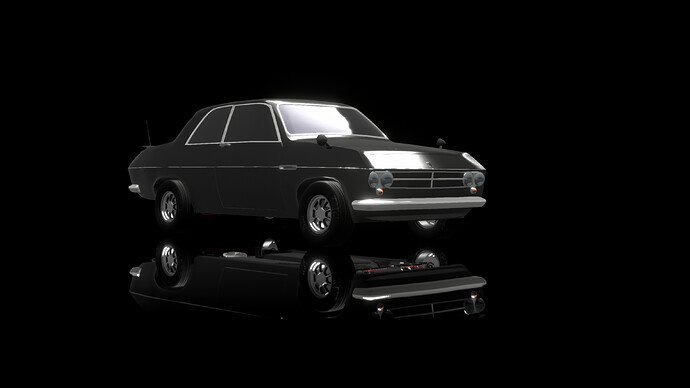 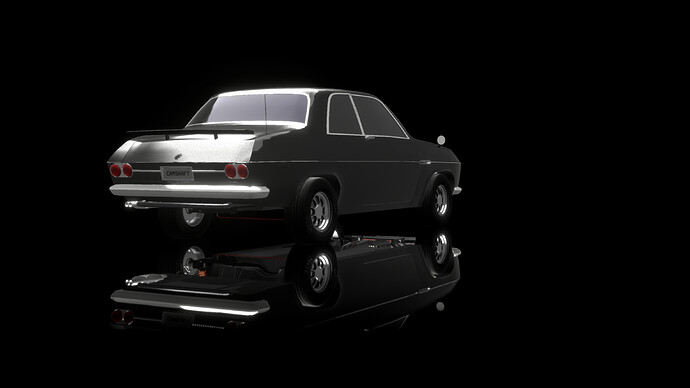 Released in 1961, the Duchess was a new addition to the Sakura line-up. It featured a Brand New engine, The RO12C-Duch. A 2.5L DAOHC Inline 6 motor, designed and built purely for the Duchess. It had a 4 speed manual gearbox and a RWD drivetrain. It was marketed in Japan as a “Light Sports car for those who enjoy the Mountain Pass.” It retailed for $8,056 (Modern Equivalent.) It would also receive a US-Spec version, and would begin official import into the United States in 1962, with a slightly updated model (To come) 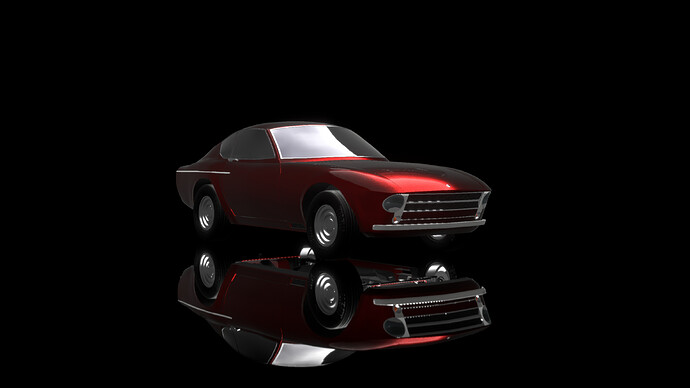 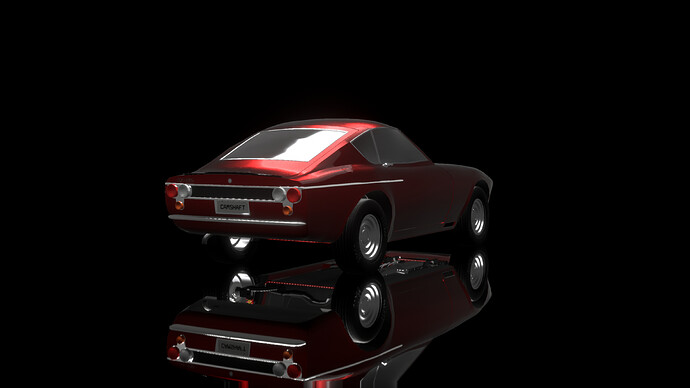 Some interesting hints of the Volvo P1800 there I think.

I’m not seeing it

The 2018 RS-GT is the newest in a line of One-Make Cup race cars from Sakura. This is the first purpose built racing vehicle, the first not to be based off of an Existing Sakura model. It features a 4.9L Twin Turbocharged V8, making 738hp, all to the Rear wheels. It has Pushrod Suspension front and back, and is recommended to run on P295/40R19 wheels even when not in competition. Each car sells for $134,000, however for an extra $50,000, a team kit will be supplied, and for an extra $100,000 over base price will Guarantee an entry into your regions RS-GT Championship. 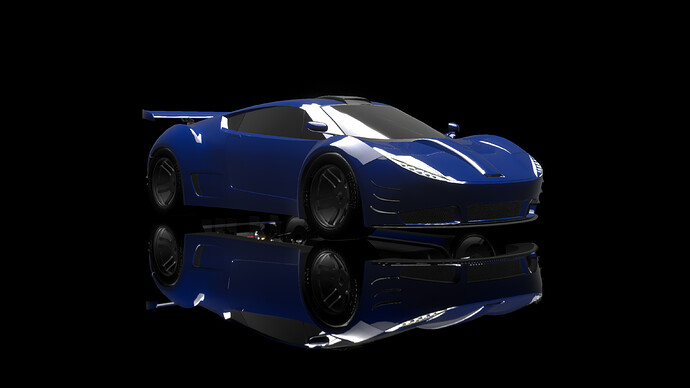 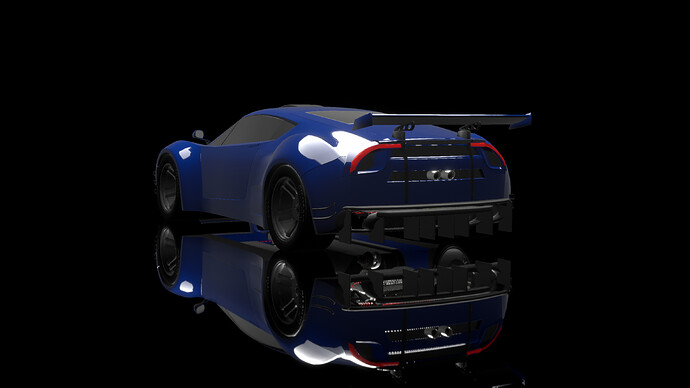 Released in 1966, the Shogun UT is a Japan-only Mini-truck. It featured the SaS9 2C-Shog Inline 3 Motor, the first to feature a SOHC valvetrain. It has a FWD layout, with all 33kw going to them. It features Solid Axle coils front and back, and a carry capacity higher than it’s own weight. It sold for $7,074 (Modern Equivalent) 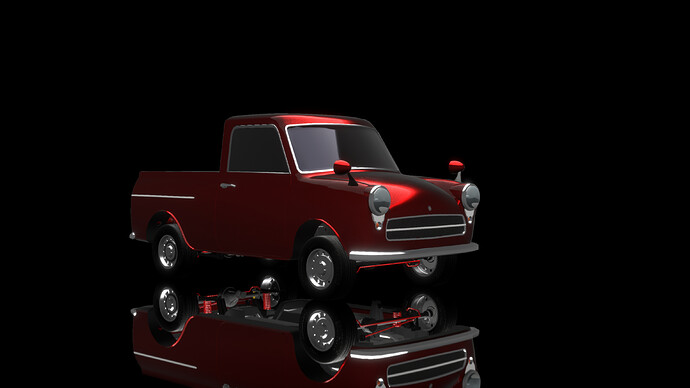 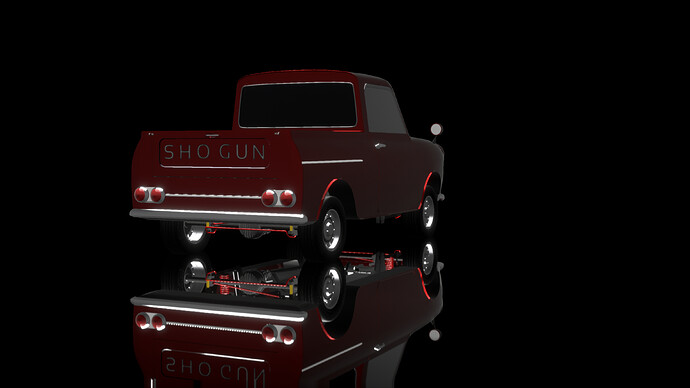 Yes, I know the Mitsubishi Shogun is a thing, I just choose to ignore real companies when naming my cars

Yes, I know the Mitsubishi Shogun is a thing, I just choose to ignore real companies when naming my cars

You pretty much have to when making a replica Japanese company. The RL companies have all used up the available vocabulary that makes sense for being placed on a car (and some that don’t… I’m looking at you, Cedric!).

And the Shogun is a really pretty workhorse BTW, you really should export them!

And the Shogun is a really pretty workhorse BTW, you really should export them!

1964 Sakura Duchess 25x P (U)
In 1964, a new trim was added to the US market offering of the Duchess 25x, the P trim. P standing for Premium, it gained a more powerful RO12 Unit, an uprated interior, and advanced safety features. The exterior remained unchanged, except for the addition of a Brown colour to the paint list. It sold for $9,276 (Modern Equivalent) 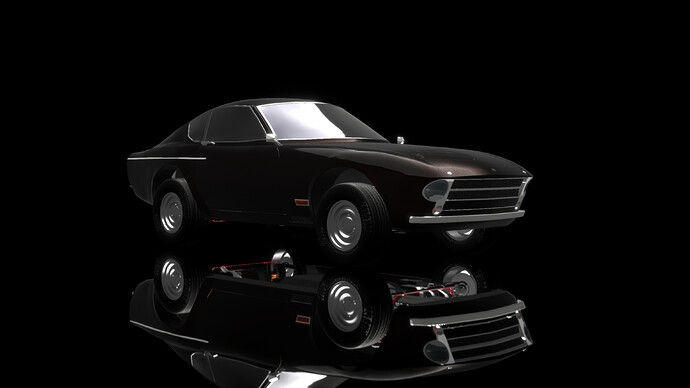 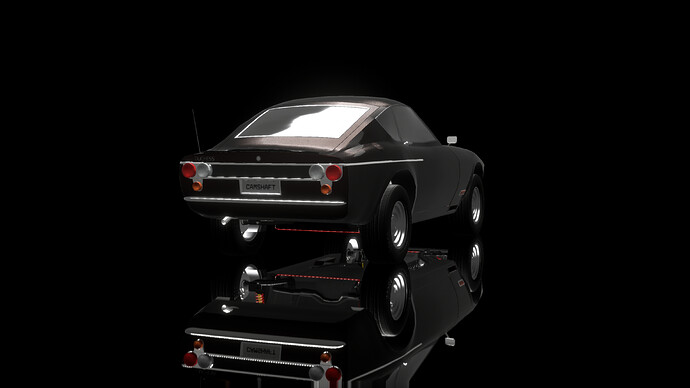 Did any of Nissans model names in the 60s or 70s make sense?

On second thought; no, not many Japanese car names made any sense!

Apparently they selected car names to appeal to Western tastes, with varying levels of success…

Sorry for hijacking the thread, but there’s the inspiration behind my model names, old time Nissan silliness…so if you ever wonder why they are dorky…

Introduced in 1971, the E110 Empress was the replacement for the E10 Empress. It featured the ShO8 inline 4, yet again, but had the addition of Mechanical Injection, as an experiment into new fuel delivery technology. It was an average seller, with the lack of performance not outweighing the luxuries and comfort. It sold for $10,724 (Modern Equivalent) 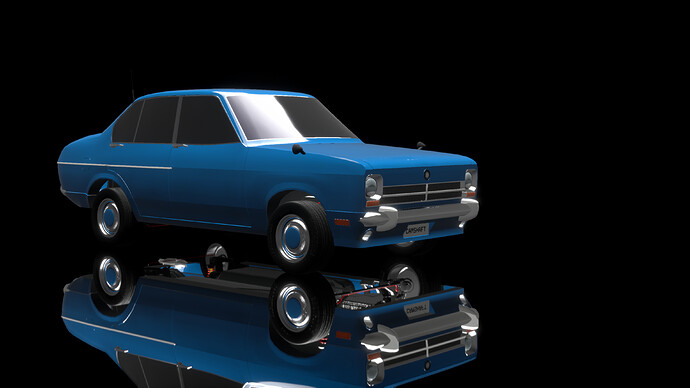 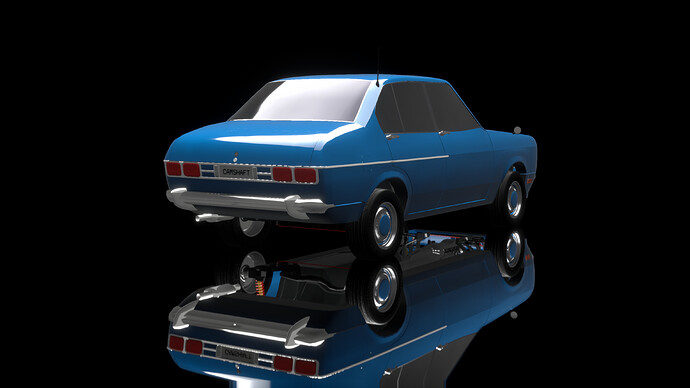 The 1975 E110 Empress marked an early refresh for the model. It added the GTT Trim, and a brand new engine, the ShS12. The GTT (Grand Touring Turbo) features the MT-E110 version of the ShS12, a Mechanically Injected Turbo Charged engine, being the first Turbo car to come out of Sakura. It, like the E10 GTS before hand, was also purely a Coupe model, and featured an Optional two-tone paint. It sold for $14,995 (Modern Equivalent) 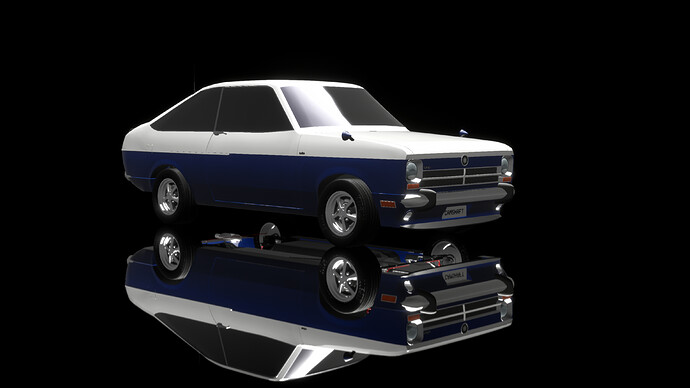 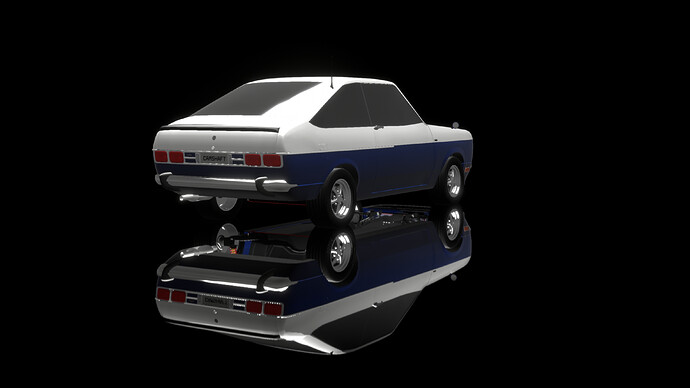 Released in 1974, the Ronin ES was a joint Market car, made for a Post-Fuel crisis America, and a more Fuel Economy, and downsizing Japan. It featured an Anemic, and woefully underpowered Inline 4, making just 25kw at it’s peak. Overall, the Ronin was a mid-level market competitor for most of it’s life. It marketed for $10,525 (Modern Equivalent) 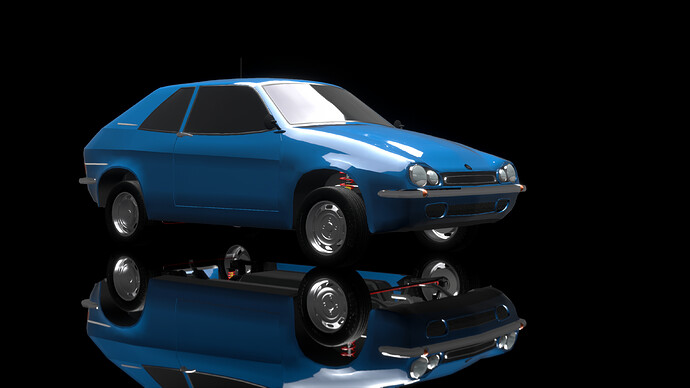 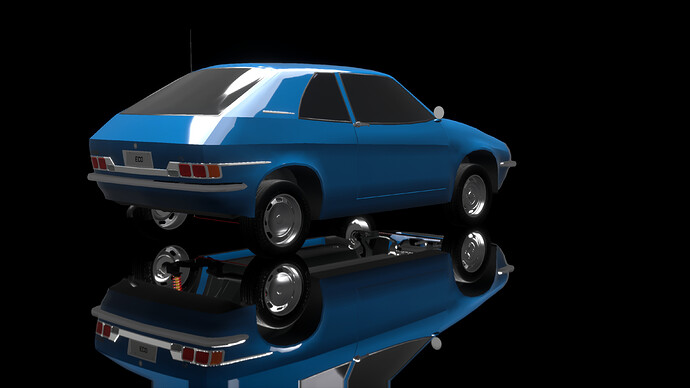