Founded originally in 1989, the company had gone bankrupt after releasing their first model, the Azzione, as the 1991 economical crisis didn’t allow people to buy supercars anymore.

This thread will mainly focus on their 2013 renewal, with the occasional digression to talk about the manufacturer’s history.

The goal of Giorgio Scalzetti, founder of the company, was to create the perfect car, combining sportiness and luxury, no matter the cost. Although he passed away before the company’s renewal, he’d be proud of the cars that wear the Scalzetti branding.

In a few words: low-production ultra-luxury hypercars for the richest. 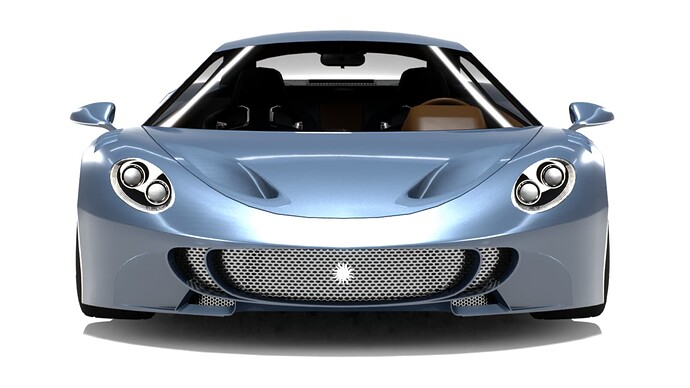 Being a driver’s car, the Ultima is equipped with a NAV12 revving to 12.000Rpm. Not good enough? How about a 7 speed gated manual transmission?

All of this can be yours if you have 2.8M Euros to spend on a car. Oh, and you’d need to be part of the lucky 200 selected customers.

In a nutshell, the Ultima is the ultimate driver’s car. Naturally aspirated v12 screaming all the way to 12k rpm, a gated manual, RWD only, really light. All of this combined with the splendid looks and comfort Scalzetti knows how to craft.

I see traces of T.33, Codalunga, and C-X75 on the outside, and a beautifully detailed, minimalist interior on the inside. Well done!

Coda lunga all the way, I love that car fr. Trying my hand at interiors, still a wip

The Ultima V represented a big upgrade for the Ultima model.

Apart from the notable visual changes, the screaming V12 was equipped with twin turbos.

The Ultima V as a car was sold for 3.5M Euros to 20 private buyers.

The aero and perf packs were sold at 10 units each, some cars spec’d with only one or the other packs.

2018, Scalzetti Ultima Migliore, the last one. 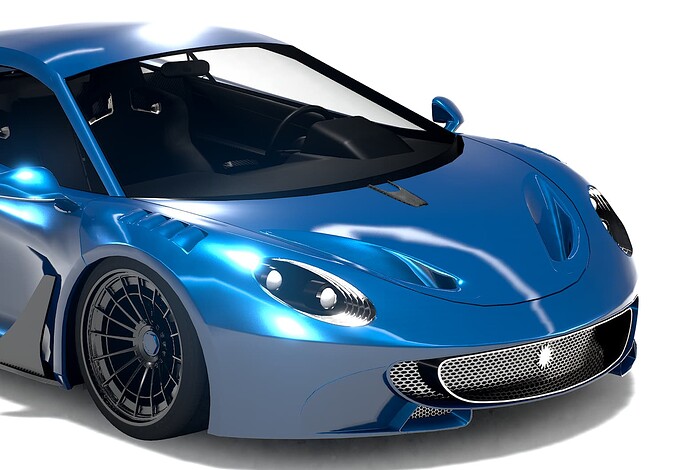 The Ultima Migliore edition is the very last Ultima crafted at the Scalzetti factory, number #201.

As the last Ultima, it benefited from a lot of special details and unique features:

As the Ultima send-off, it was auctionned at the Charity Auction at Concours D’élégance Villa d’Este, for 5.7M Euros. 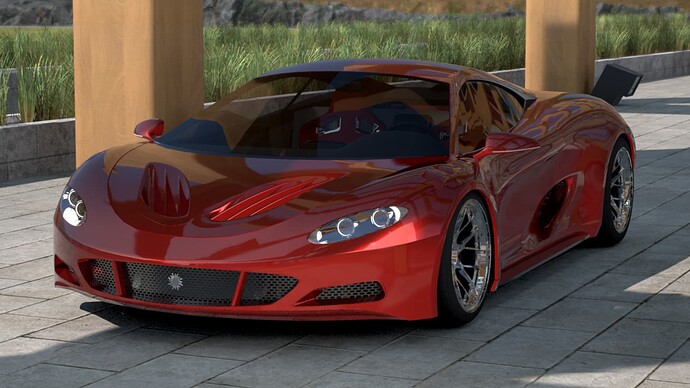 The second model of the italian brand brought a lot of new content to formula established by the Ultima.

A lot of thought and work was put into the new engine (IFQV12). The all-new 4.5L 60 Valve V12 is now equipped with 4 turbos, to minimize turbo lag.

As for the design, it keeps the design language from the Ultima, while modernizing it.

The interior was also updated, with a digital display, and new screen. You’ll notice that it keeps the 7 speed manual.

Here are some picures of a customer spec spotted.

As for the Ultima, the Anima was produced to 200ex.

Especially the back. The interior though looks less modern than in the Ultima IMO. Also is that a really “completely new from scratch” engine, or just a new generation of the same basic design? The latter would be more reasonable with such short production spans.

Although it does keep the DOHC60 design, it was re-bored and turbo’d sooo yeah, mostly marketing stuff but kind of new, i guess?

Also, thanks ! I do get the comment about the interior, but I tried to change it with respect to the design language of the previous car 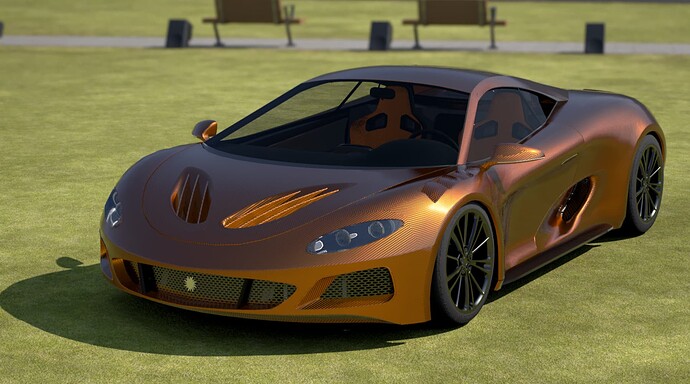 This unique Anima was created for the anniversary of the brand’s creator.

It is equipped with a sportier front bumper, a rear lip spoiler, and a flamboyant “arancio dorato” exposed carbon fiber finish.

The Anima “300” was the best performing Scalzetti car ever at the time. The project was entrusted to the special projects department, with only one goal: beat the 300 mile/hour barrier, while maintaining the comfort the car was known for.

To beat this speed, the car dropped the manual transmission for a dual-clutch 7 speed.

The car also benefited from an updated interior, and a special “Superspeed grey carbon” paint.

The 300’s engine was boosted up to 1163hp/1012nm. Coupled to a new gearbox, new exhaust, special tyres and suspension, the 300mph barrier was beaten. 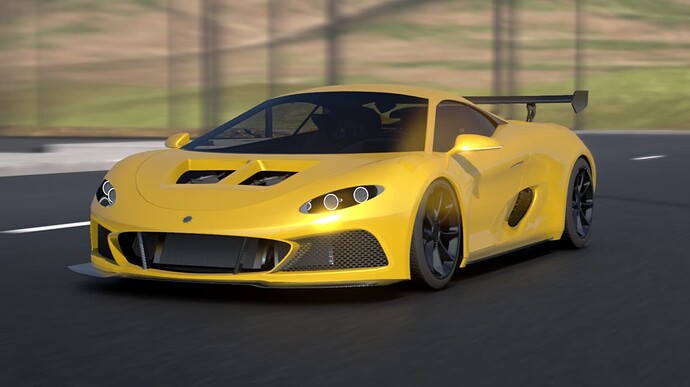 This was the last special edition of the Anima. It is also the fastest accelerating Anima ever.

Although named GT3, it was not actually part of any GT3 group races.

It was at the time the only track-only car produced by Scalzetti. 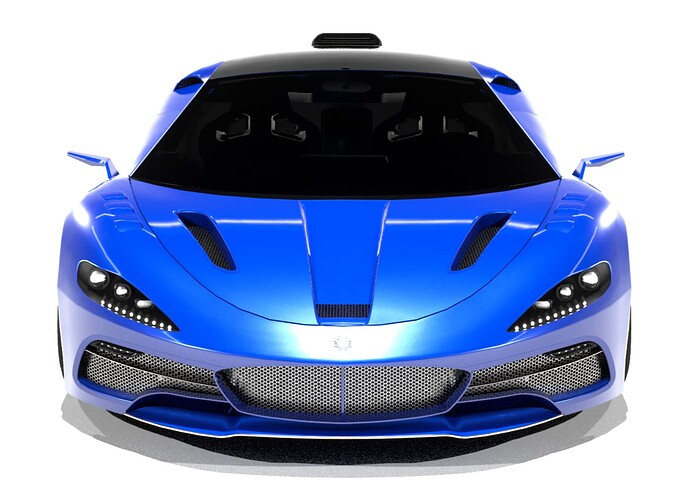 With a whole new engine, new suspension system, new design elements, the Nezuno is the most unique Scalzetti yet.

A huge part of the work done on the Nezuno was on aerodynamics. A new racing-inspired undertray, flush sides, camera mirrors and vents to let air flow through and out the car help the car achieve new speeds and a completely new appearance.

The engine powering the Nezuno is the first ever V10 produced by the brand. Don’t worry, it still revs up to 11k rpm. And although it doesn’t come equipped with a manual transmission anymore, the DCT it is equipped with is the fastest transmission we have ever created, to ensure the same driving pleasure. 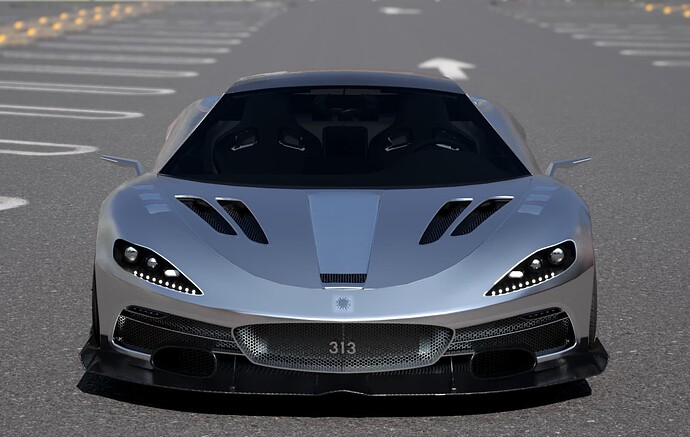 (side note: probably my favorite design).

The Nezuno 313 was engineered with the same goals as the Anima “300”: to reach the highest speeds possible, while keeping the comfort and driver-focused experience Scalzetti is known for.

A reworked engine and aerodynamics allow this edition of the Nezuno to reach 503km/h, or 313 miles per.

The car was painted with a special shade reminescent of the bare-aluminium race cars of yesteryear.