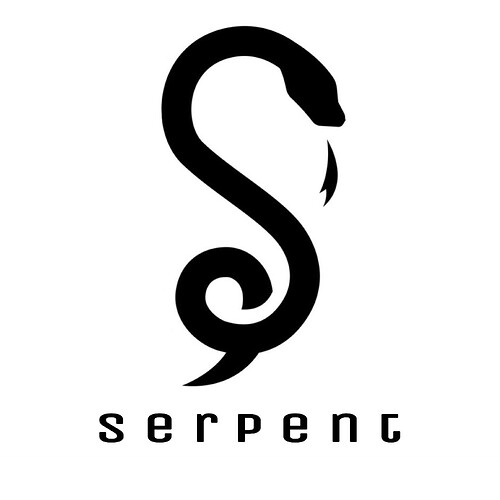 Serpent is an American car manufacturer, laying its roots in 1911. It specializes in big, bulky muscle cars, but has been known to dip into other classes of vehicles as well every now and then.

This is basically my blow-off valve whenever I want to make a big muscly monster - which happens to be quite often.

There’s no better place to begin than, well the beginning.

This is the 1912 Serpent Four-Liner Runabout Coupé. 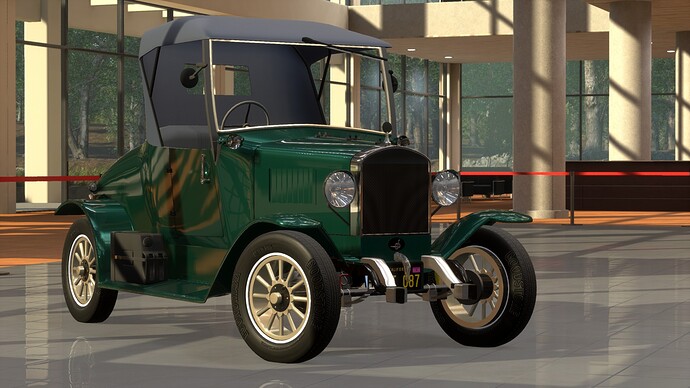 It’s over 100 years old, but it’s still a hell of a kick to drive with its 23hp four-cylinder engine.

The Four-Liner was the first Serpent ever to be put in mass production, and was, decidedly, a success. The success of the Four-Liner and its many trim levels enabled Serpent to continue manufacturing models, securing its presence for the future.

Although many Four-Liners were produced, it’s rare to come upon an example in as good a condition as this one. This example is a 1912 model painted in Scotland Green, equipped with the cloth roof, spare tire and bumper guards as options. 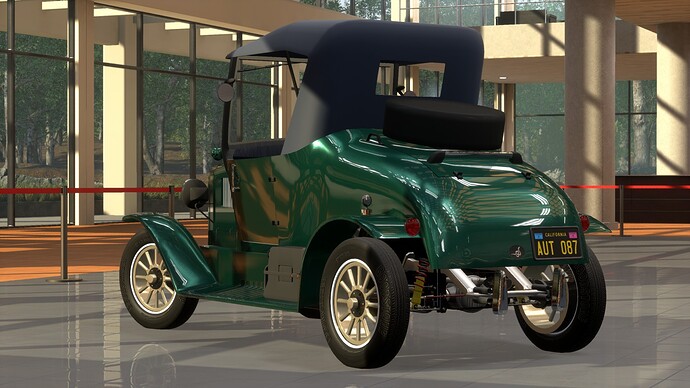 This is the 1958 Serpent Beverly Coupé. 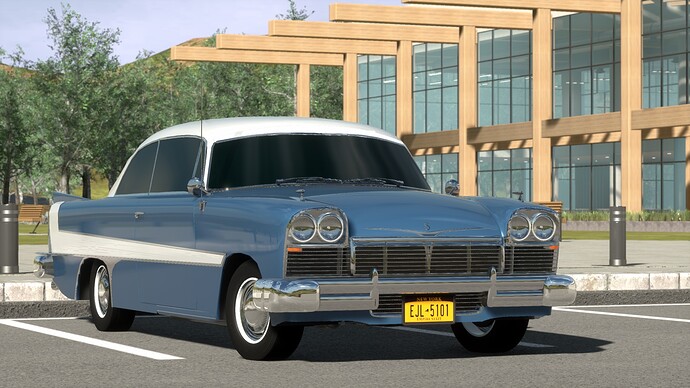 A long-ish 1950’s boat, symbolizing the good vibes of post-war America. With a big V8 making more than enough power to drink gasoline, and suspension so soft you might as well be on a water bed.

The Beverly used a “primary” and “secondary” color system, where the car’s paint itself was the primary, and the side-stripe and roof was the secondary. It was available in just about any combination of colors. 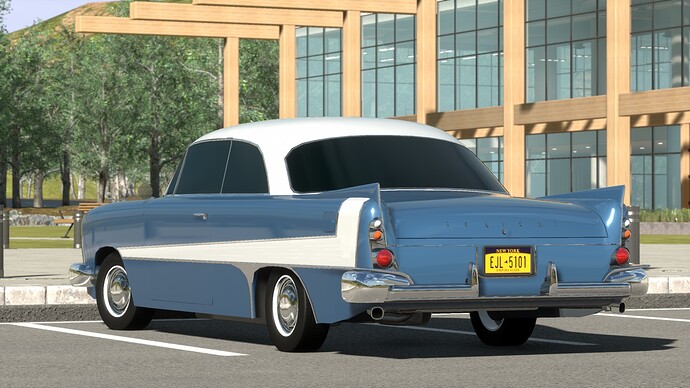 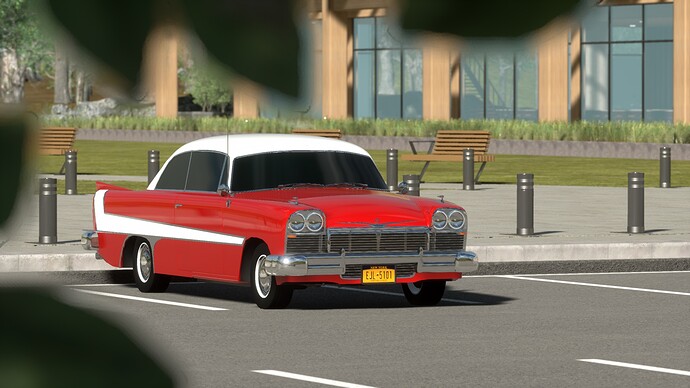 serpentbeverlychristine1920×1080 368 KB
Some turned out a little evil…

Considering how popular Cuba was as a vacationing destination for Americans before the Cuban revolution, it’s no wonder some Beverlys made it down there. 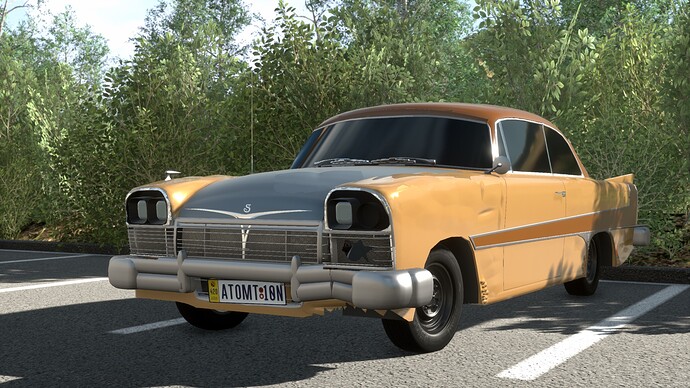 Perhaps unsurprisingly, a large gas-guzzling V8 is no good on a communist island where Ladas are more in-line. This one has called Havana its home for the past 60 odd years, but Cuba hasn’t been kind to it. The engine has been replaced with a 1.2-ish liter straight-4 which runs on whatever burns. The bodywork is dented, some parts have been replaced with whatever somewhat fits, and more. 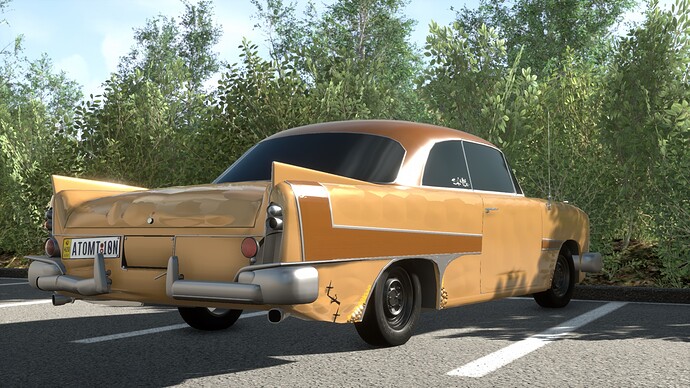 On a personal note, this one was really fun to make! 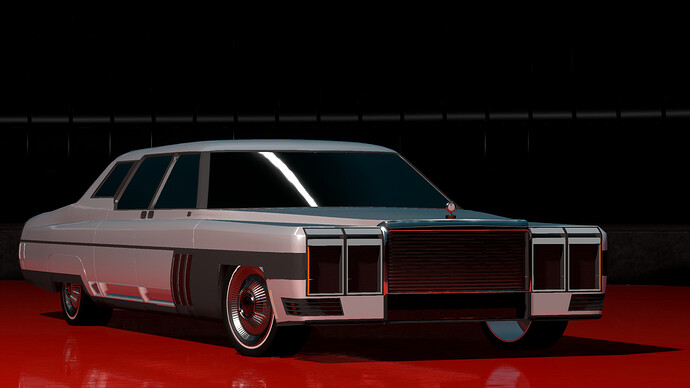 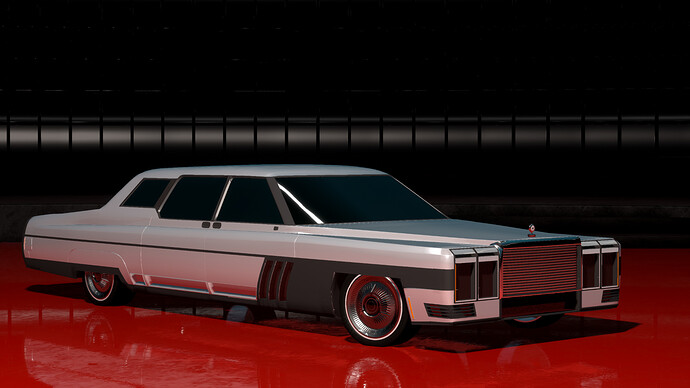 Big, boxy and futuristic, the Zenith X-0 is the kind of statement an evil corporate businessman would make in a dystopian future. With a 7.5L V8, the X-0 isn’t hard to hear from several blocks away. 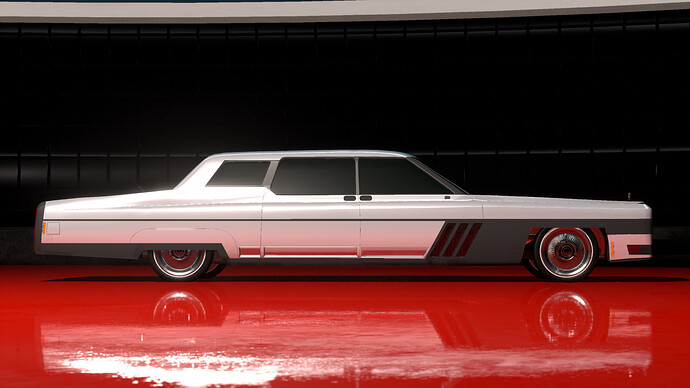 Weighing in at 2.9 tons and with an overall length of 5.95 meters, it’s basically a private lounge on wheels - don’t get caught in its path.

Howdy. Sorry for my absence.

This is the 1928 Serpent DeHaven V16 Twin Roadster. 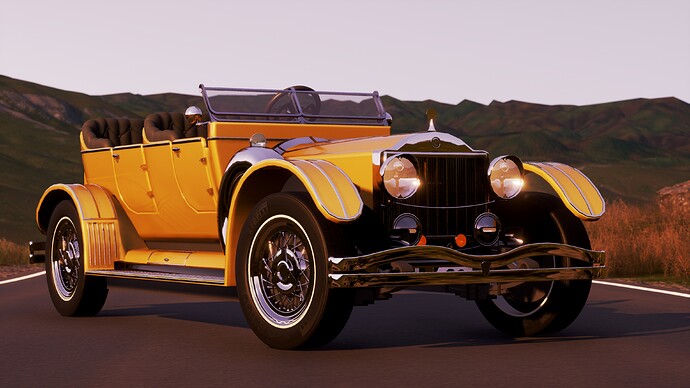 After watching The Great Gasby (the new one), I figured, «Hey, I should make something like that!»

Power comes from a 8.0 V16, full of such 1920’s tech as… well, not that much really, just a ton of comfort and class. It does have dual overhead cams to compensate not having a syncromesh transmission. 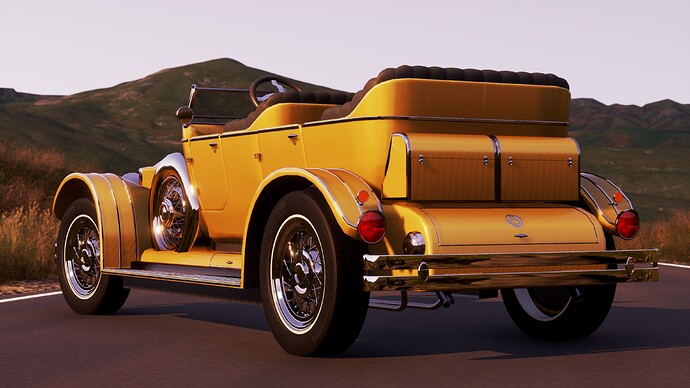 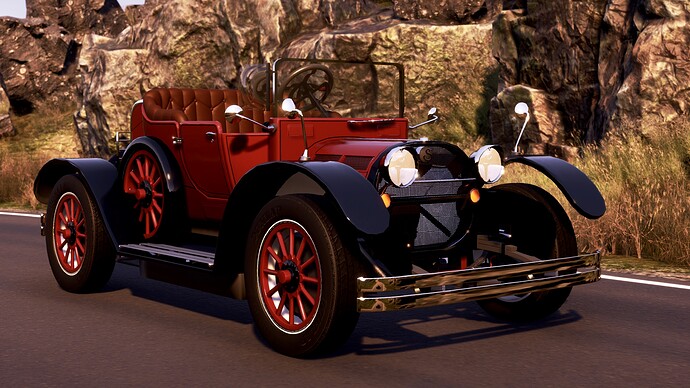 Other than that, it’s a pretty classy 20’s phaeton-style car. I originally intended to make a race car, but the moment I put headlights on it, I had a change of heart. 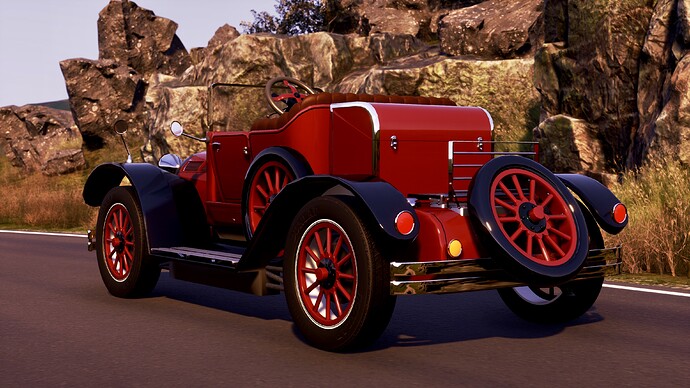 The '58 Beverly definitely looks like it belongs on a driveway of some movie star in Beverly Hills - it looks so upmarket that the rich and (in)famous would have flocked to Serpent dealerships in droves to buy these big, hulking land barges.

Oh, for sure. Built at a time when cars were getting bigger, bulkier, and got new design changes every year to keep them fresh. Thank you very much! 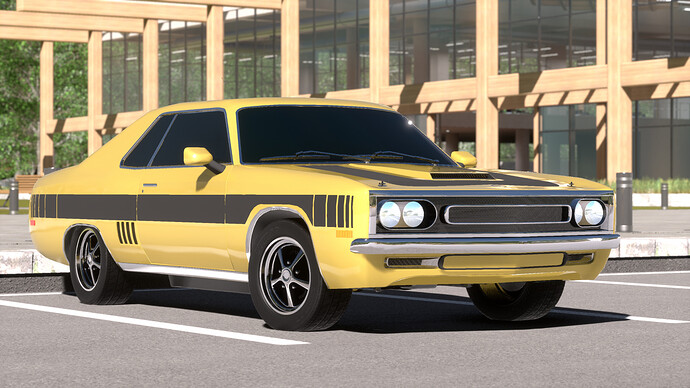 It’s “only” got 295 horsepower from a 5.0 V8, but weighing in at only 1260kg, it’s not a slowpoke. The idea takes inspiration from the AMC AMX, which used a similar formula, preferring lightness over raw power. 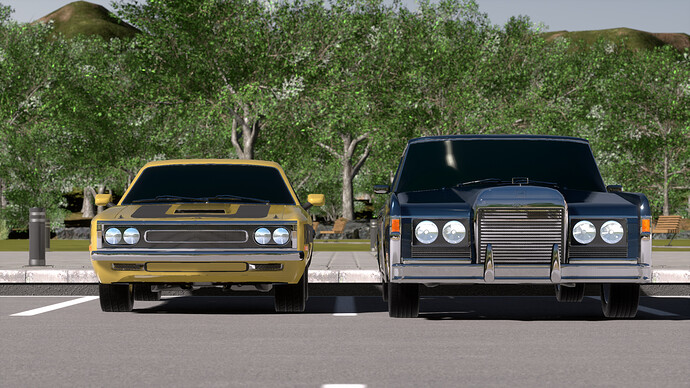 Compared to the '67 Serpent Cerberus, it’s apparent that the Sparrow is not a very big car.

The overall design is supposed to evoke that late 60’s over-the-top striped and psychedelic look. I didn’t even intend to make it into a production car, it started as a concept car idea. But hey, here we are. 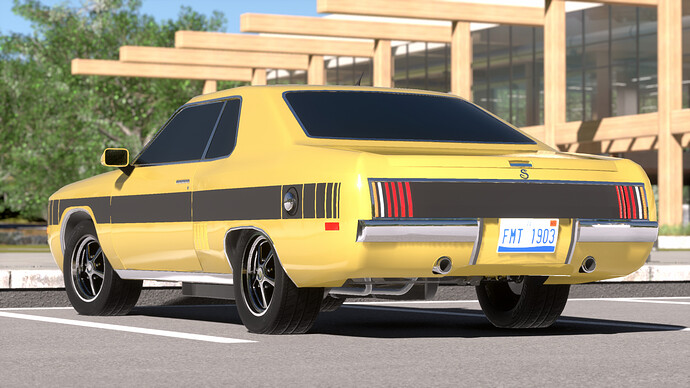 I think this is under the current SAE net system (as used in the game) and not the gross horsepower rating used in real life at the time.

As with almost every American car 50 years ago, styling updates came every year.

This is the 1970 update of the Serpent Sparrow. 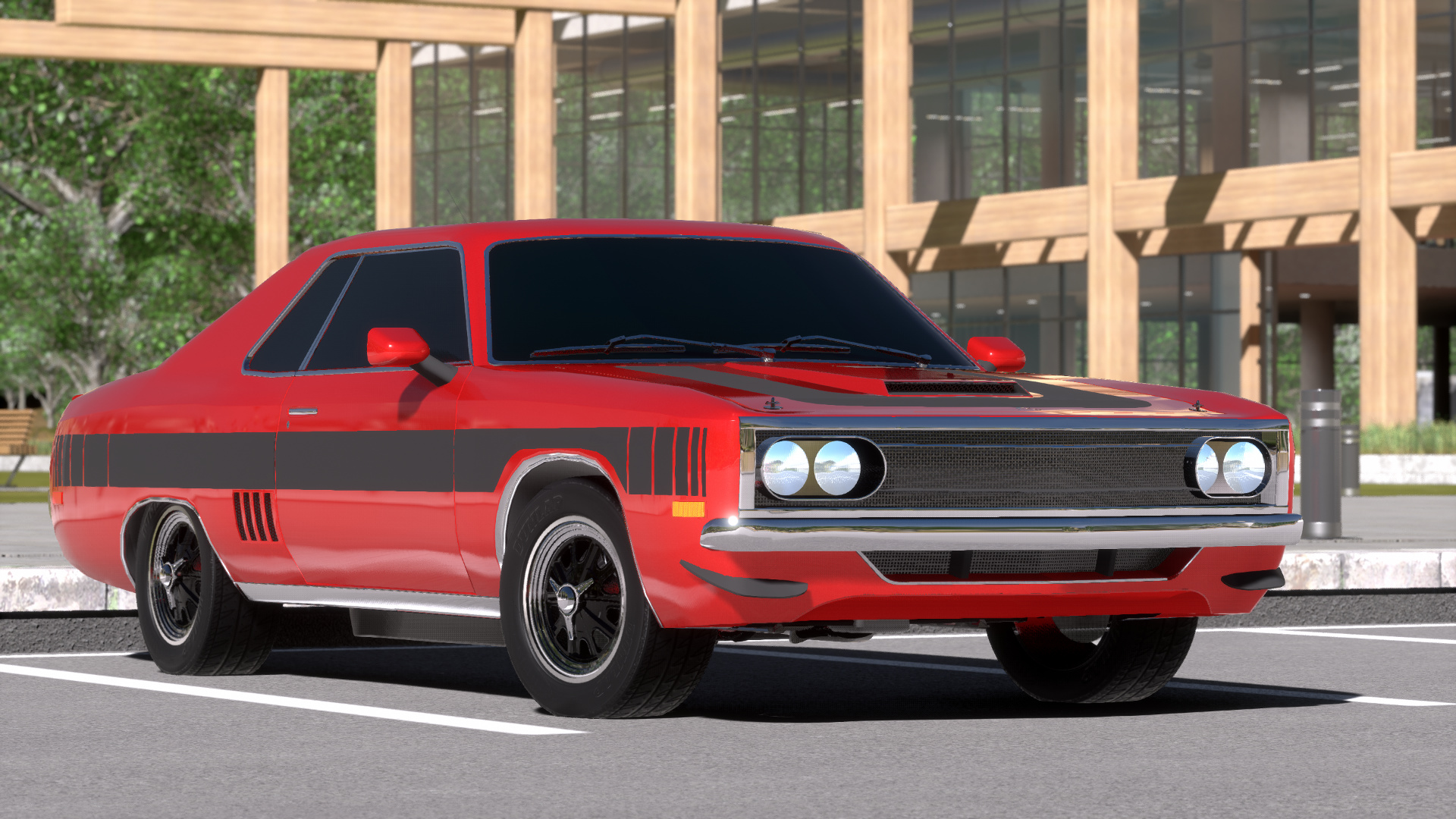 The striped paintjob remains mostly the same, though the base paint is the new “Enraged Red”. Other additions include a more flushed grille, canards, a new intake and a redesigned rear. 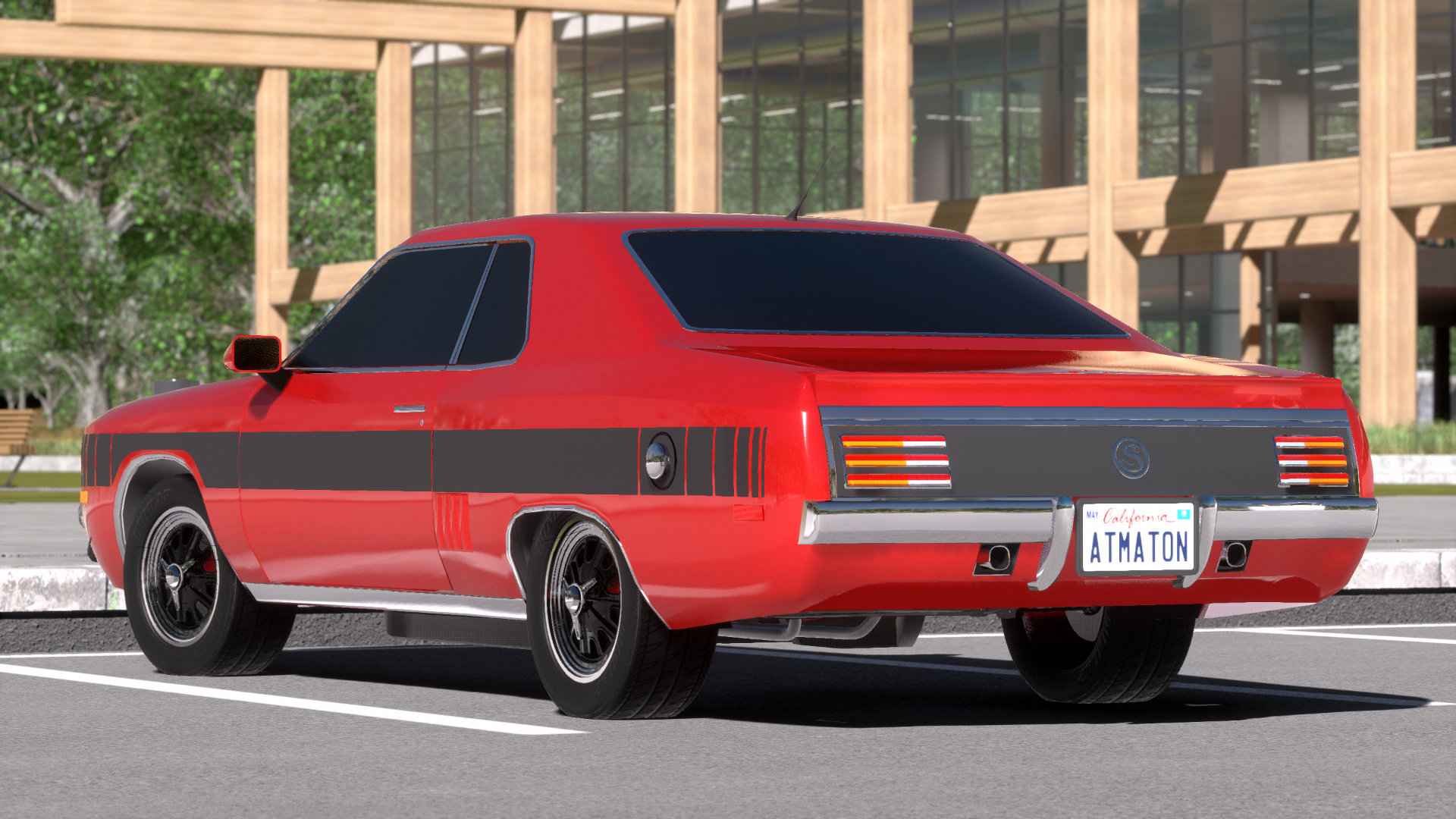 This rear is more conventional than the previous look. 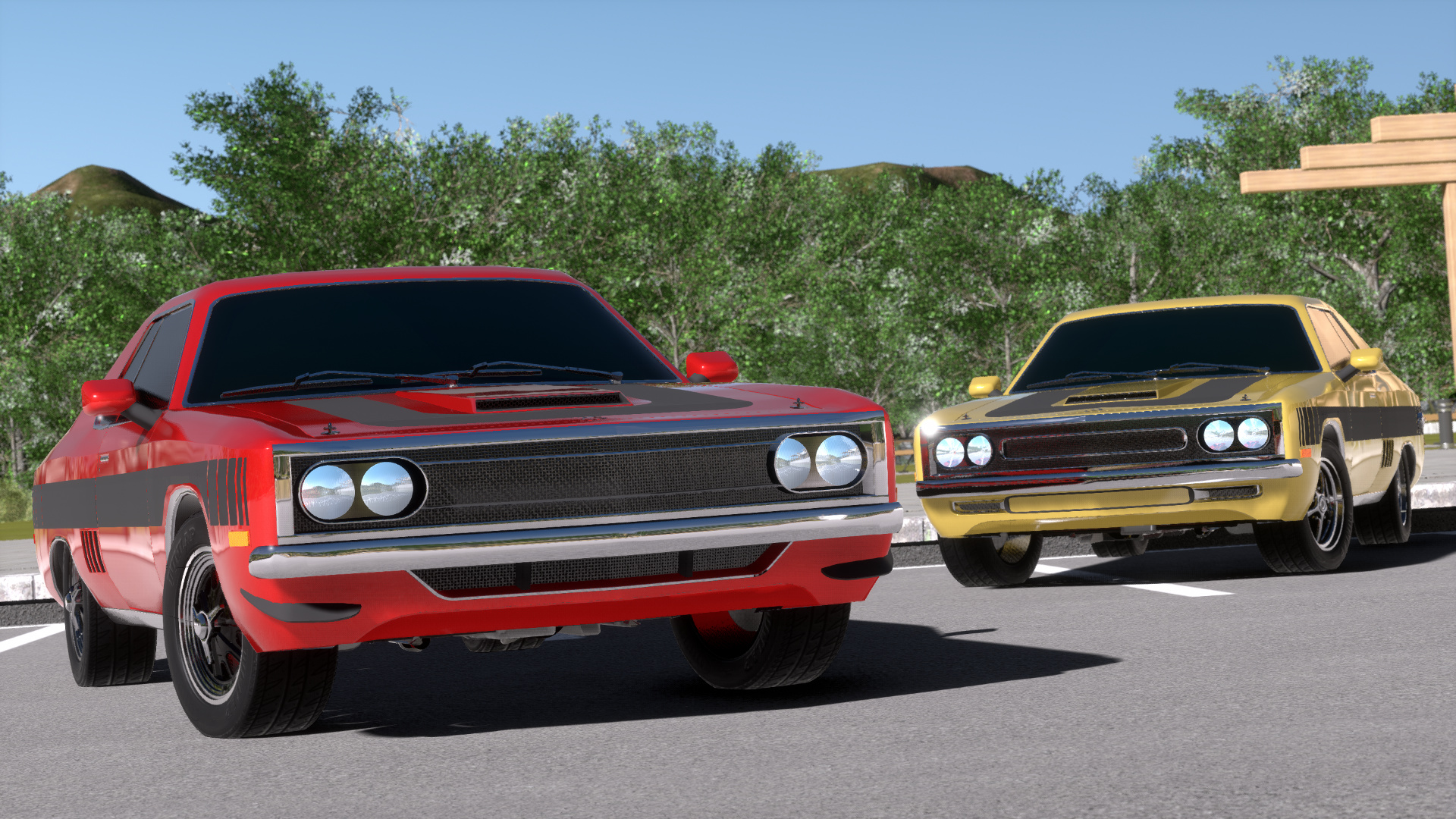 Better get down to the dealer to trade in your old one for the new one!

Hello again! First time in, what, a year? On the forums, at least. 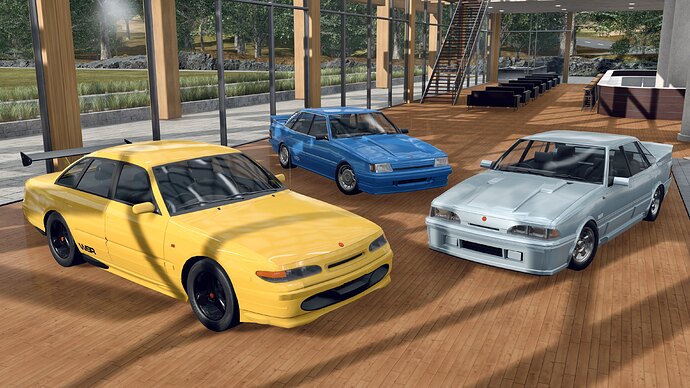 Here are some WSR cars I made. I’ve been on an Australian-car binge recently, and of course inspirations such as Holden Dealer Team and Holden Special Vehicles were top tier. Let’s go through 3 of the most iconic ones; 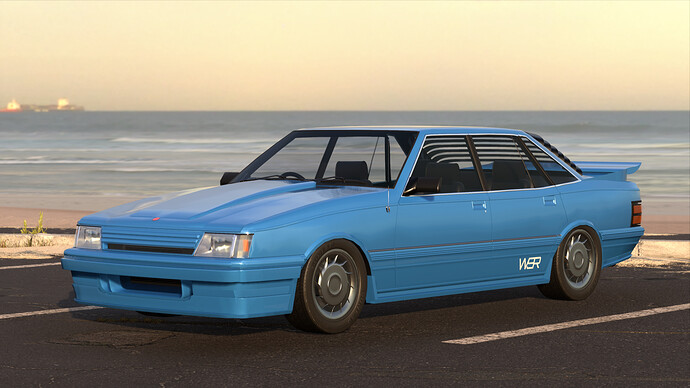 Built by Serpent and modified by WSR, the Jubilant SK Group A was designed to satisfy Group A homologation regulations. As a result, the exterior of the car was extensively redesigned with aerodynamics in mind. It was produced between 1985 and 1986, in a run of 500 units to satisfy the homologation for Group A racing in Australia. Though extensively modified by WSR, the car carried Serpent badges because of regulations, and was subsequently mostly referred to as a Serpent.

The WSR Group A features a half-closed front grille, leaving only the bottom open strip for improved airflow over the cabin. Additionally, the bumper vent was made larger, and the hood received a large bulge. Furthermore, the car’s stance was widened somewhat and fitted with a side skirt kit as well as a large wing encompassing the entire trunk area. Finally, rear louvers were fitted. The car was only available in blue, yellow and red, though most units produced were painted blue to imitate the race cars.

The engine was a heavily modified 5.9 liter V8, fitted with a Wulff Twin Turbo system. It was rated as producing 240 horsepower - though higher figures have been reported from dyno tests. It was available with a 5-spd manual transmission, and a 4-spd automatic was available as an option. 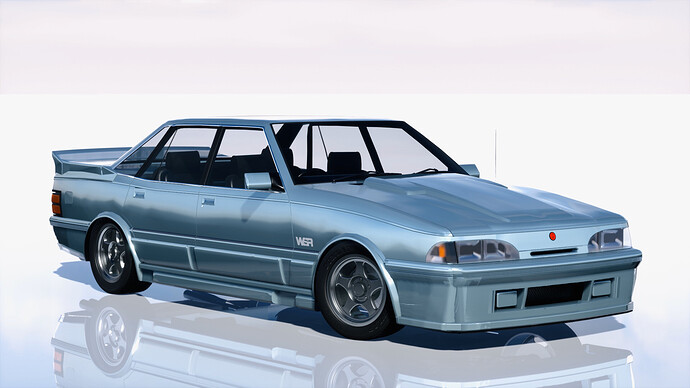 Group A regulations at the time stated that 500 road-going units needed to be built to qualify for homologation, so WSR was contracted by Serpent to modify and produce the car. As a result, similarly to the previous SK WSR, it carried Serpent badges, though it was technically a WSR. Produced by Serpent and modified by WSR between 1988 and 1989, a total of 550 units were built.

The bodywork of the SZ Group A was heavily altered to improve aerodynamics and downforce. An entirely new body kit was developed for the car, specifically to minimize air resistance and to maximize airflow. The body kit was made mostly out of plastic and fiberglass. Covered foglights were added to the bumper, and a single-slit grille was fitted to improve engine cooling. It was given widebody arches and a door and sideskirt kit which improved general airflow. Finally, a large rear wing was added to assist rear downforce.

The engine was further modified from the SK Group A, mainly focusing on strenghening components while also fitting larger turbochargers which produced a distinct notable fluttering. WSR produced a total of 550 units of the SZ Group A. The original run of 500 was required and produced in 1988, while another 50 were produced into the beginning of 1989 due to popular demand. 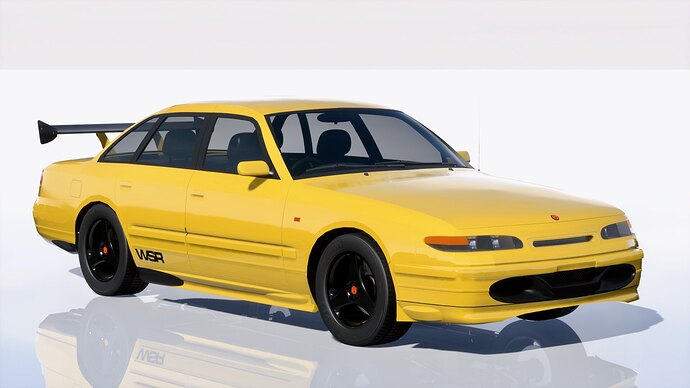 While accounts vary, sources indicate the WSR-GT was built from a batch of would-be Serpent Jubilant taxi cabs which never entered service. As such, WSR was able to acquire the vehicles at a large discount. Between 1995 and 1997, a total of one hundred WSR-GTs were produced, 25 fitted with the optional “R” package which increased engine power. The model was only available painted in “Hella Yella”, though some later units were reportedly custom ordered in other colors at additional cost.

The WSR-GTs engine is a heavily modified 5.8L Serpent V8 engine, developed specifically for the Australian market. The engine’s internals have been modified to include forged cylinders, heightened compression, an increased cam profile and an extensively reworked fuel delivery system featuring multi-point fuel injection. This leads to a power output of approx. 330 horsepower, or 375 for the “R”. The bodywork has been modified in tandem with the engine, most notably the inclusion of a large rear spoiler. Side skirts have also been fitted to improve aerodynamics, and the front bumper intakes have been narrowed and flushed to provide more optimal airflow.

Though the WSR-GT never had a contemporary Group A racer, as Gr.A ended in 1993, it was still a tribute towards the Group A-esque performance levels normal road cars wouldn’t dare achieve.

Well, that’s all for now. See you soon.
Maybe.

Your tributes to the VK Group A, VL Walkinshaw, and VS GTS-R versions of the Holden Commodore are, in a word, amazing. Never mind that the brand is gone for good, this is more like a set of works of art than I thought it would be.