Sharing Car Design Sharing Forum
MCF 24 May 2020 15:23 #1
SGA CARROZZERIE TORINO
A PEARL OF NORTHEN ITALY MANUFACTURY
BRIEF HISTORY OF A GREAT MAN
Sergio Ginestra (Moncalieri, Turin 1917- Milan,2001) lived the years of his youth immersed in an atmosphere full of passion for engines, and cars in general. Even if cars hadn't yet reached that typical 50s and 60s spreading level, between 1920s and 1940s, body- builders like Bertone, Ghia and Vignale offered an oppurtunity for those who, like Sergio, dreamed of being part of this big bet.
He was very lucky, because thanks to his passion and dedication, he managed to work for the three iconic turinese body-builders. After the war, when he was sent in Africa for repairing trucks and tanks in Lybia, in 1947, became friends with the three Maserati brothers. Sergio was called by Ernesto Maserati the following year, and was struck by the stylistic boldness of the A6 1500 racing prototype.
In 1951 designed the famous tubular frame of the A6G series and studied how to make the model, made according to the customer's requests, more aerodynamic and light, introducing ever more complex frame-level innovations, such as the elliptical trellis structure in the 3500 GT. 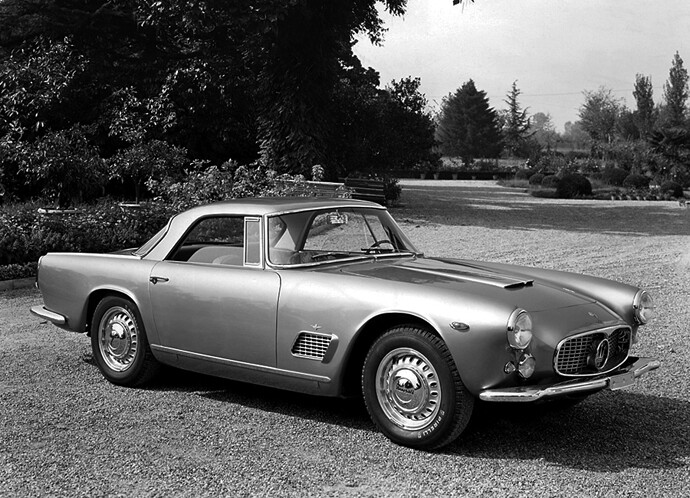 art-mg-maserati3500gt2900×650 252 KB
The Maserati 3500 was one of the very first cars Ginestra worked on
The experience made during the years of work done in Turin, allowed him to propose some interpretations of the models of the Bolognese house, but always aimed at the racing world. After the collaboration with Michelotti at the design of the Maserati Sebring, in 1961, Sergio decides to give life to one of his projects: the 398 SP, under the name of SGA (Sergio Ginestra Automobili). He personally designed his logo, that summed up in itself the characteristics that his creations should have had. The purpose was not to build something to be be mass produced, but something very near to the first Maserati models' philosophy. 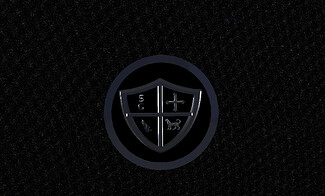 Brand1920×1080 948 KB
SGA's logo resembles the main character of Ginestra's cars: lightness, power and elegance
The 60s and the 70s saw the apex of SGA success in various championships, from the powerful and futuristic LeMans prototypes to the GT category. The first production models were still mostly handmade, and this was a reason of prestige and care, making the Northern Italy brand one of the most appreciated all over the world, US included - a market where, at the end of the 1960s - the italian V12 spider were still successful.
From these years a lot of time passed, and SGA had to face many difficulties - fuel crisis included - and after the sudden failure of the brand in 1998 and the sad death of the italian pioneer Sergio Ginestra in 2001, in 2005 a Swiss financers group decided to revive this legendary brand.
Upsetting the brand supporters, SGA has decided to present the very first SUV of its history.... 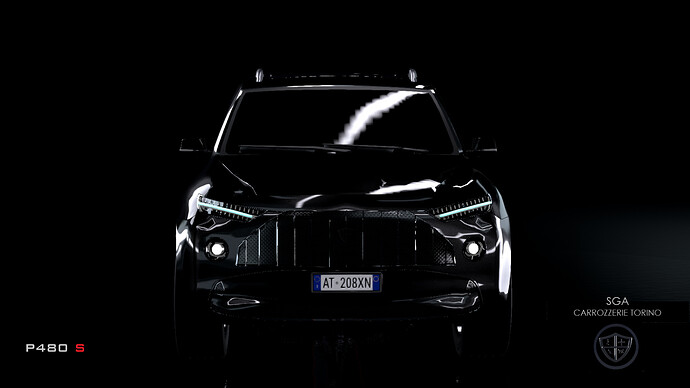 Commercial1920×1080 199 KB
ENGINEERING JEWEL INSIDE
The brand new shared platform for the very high-end SGA models allows the P480S to be one of the lighest SUV monsters: the glued aluminium chassis, the refined supsension scheme and the complex AWD traction makes you forget the old and typically clumsy feeling of driving a heavy and taller vehicle. 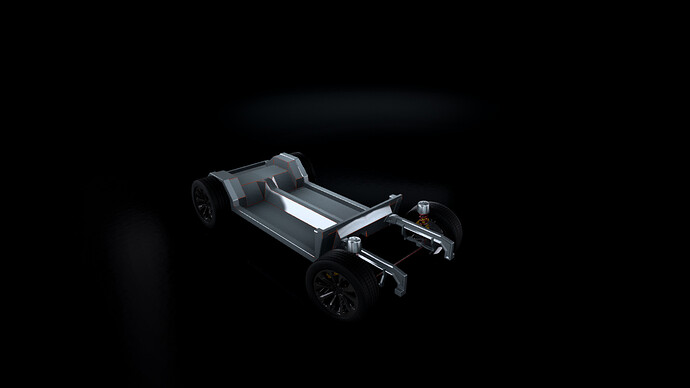 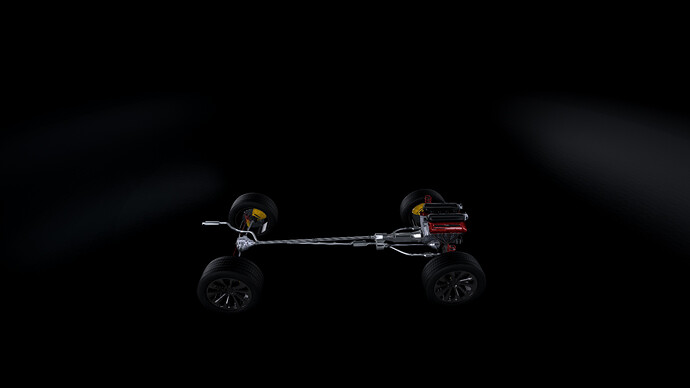 Photo171920×1080 103 KB
The 4.8 TwinTurbo V8 generates 615 hp and nearly 660 Nm of torque, which are ready to give sports car performances - and petrolhead will be happy the hear that no hybrid technology is used to reach this amount of power - and a stuggering braking force, able to stop the car from its top speed to 0 in less than 8 seconds.
As a proper SUV, the P480S doesn't fear also harsher terrains, and fastely adapt the clearance and the torque distribution to give surprising results also offroad thanks to the GeoAdapt® system, which can be settet comfortably from the soft and luxurious leather interiors. 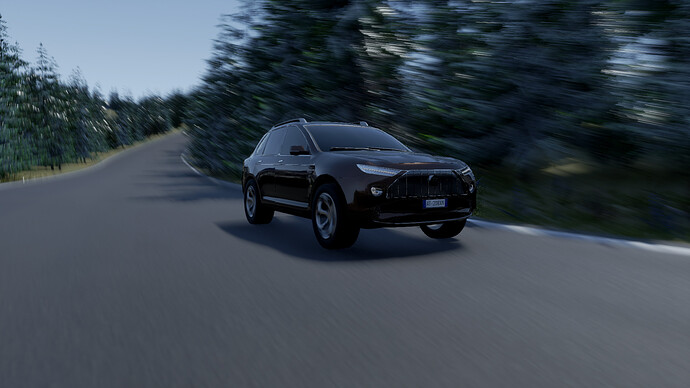 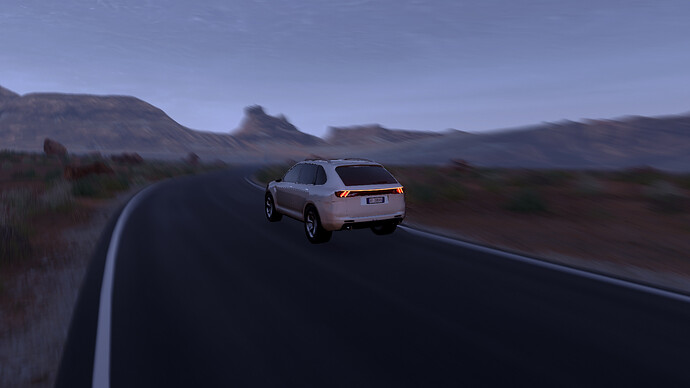 Photo41920×1080 248 KB
No winding mountain road or long and boring desert will make you feel tired of driving the P480S.
Obviously, SGA, although nearly 20 years had passed since his popular founder Sergio Ginsetra's death, is still grateful and the good old competition spirit lives throughout 2 special edition cars:
BLU TROFEO 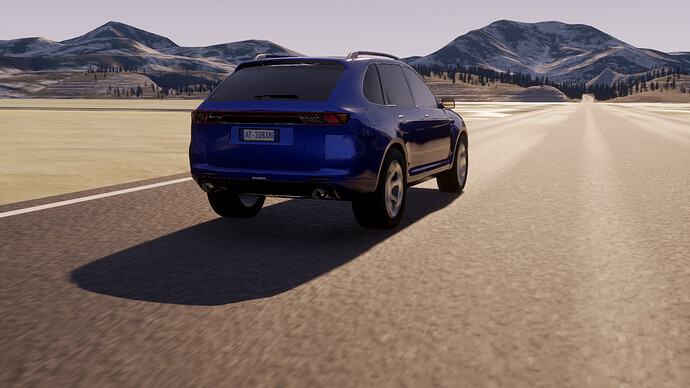 Photo61920×1080 551 KB
The Blu Trofeo celebrates the prestige and the success of the 1960s Piedmontese GTs with a special painting offered as a true homage, honoring those years of glory. 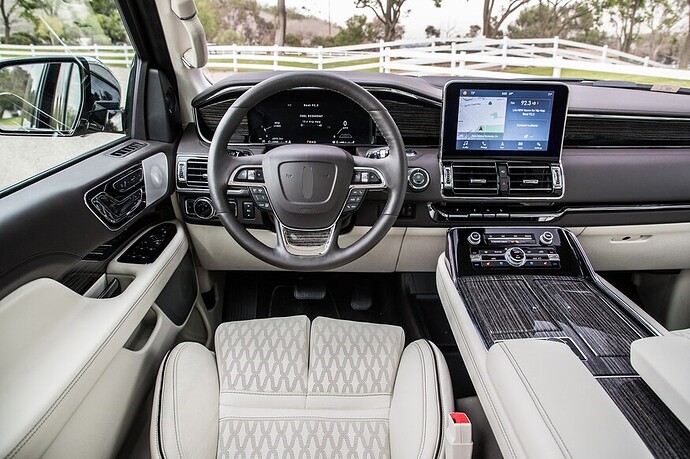 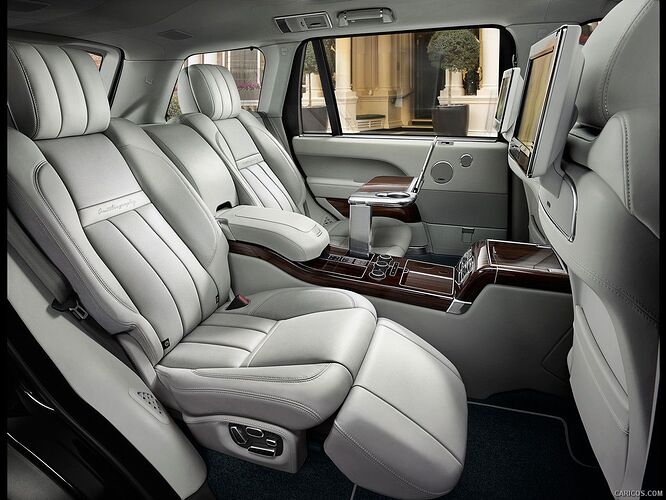 This special edition sacrifices the fifth place in the middle to allow a 360° experience of comfort for the passengers: white leather and wood or satin aluminium finishes surround the atmosphere, which can become a true luxurious concert arena once turned the 1900W Bang&Olufsen audio system, with 10 ultra-high quality speaker, or, if you are a bit more purist, the open-valved V8. 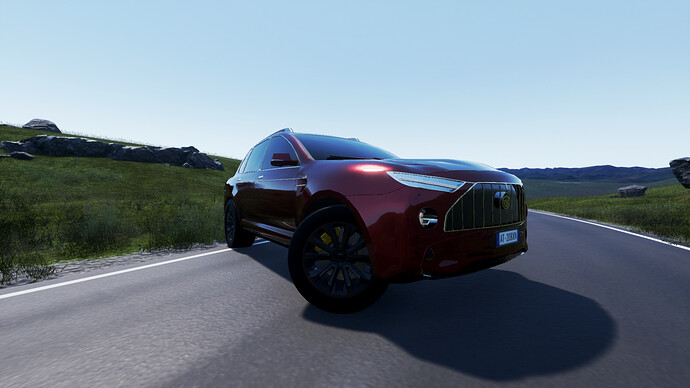 Photo161920×1080 500 KB
Named as the Maserati founder, this P480S special edition delves into the deepest roots of Italian sports car racing, offering a nearly "ready to race" vehicle, 130 kg lighter thanks to highly technological compisite material and a 65 hp boost reached by a new exhaust and turbines settings. If yet the standard vehicle can reach over 290 kph (180 mph), the trofeo can brake the 315 kph (195 mph), without worries, becoming a potential nighmare for the highest performance coupè.
WHAT YOU NEED TO KNOW

As tradition, SGA offers his model with one of the highest series production quality you can find, giving the possibility to customise up to the littlest detail you P480S, making each client unique and member of a true family 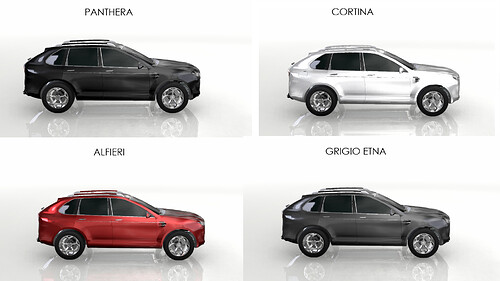 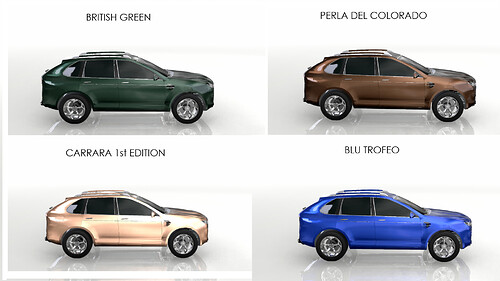