Some days ago I posted here some information about tiny car factories (on their own) being unusable because of contractors producing too many engines and the player having to pay the bill. This issue is still present in build 200410. The way I try to reduce the damage for tiny companies is to set all shift numbers in the car factory to 3.0 - then I can use most of the engines I buy and immediately build a lot of stock. When stopping production afterwards, I don’t have to buy surplus engines. In theory this should be a good workaround.

However, I found out that the shift numbers are only valid for the first month of production. Afterwards the AI reduces shifts according to its own logic/according to the actual demand from the market.

I also tried to set it not to equal numbers (min 2.8, target 2.9, max 3.0), but the AI still drops the shift count far below those numbers. So I consider these settings to be somewhat broken. Please fix 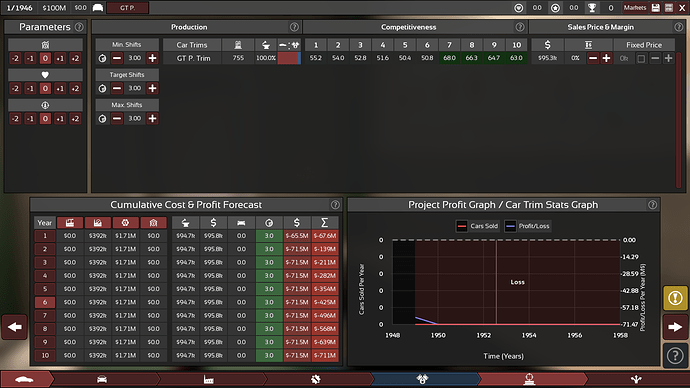 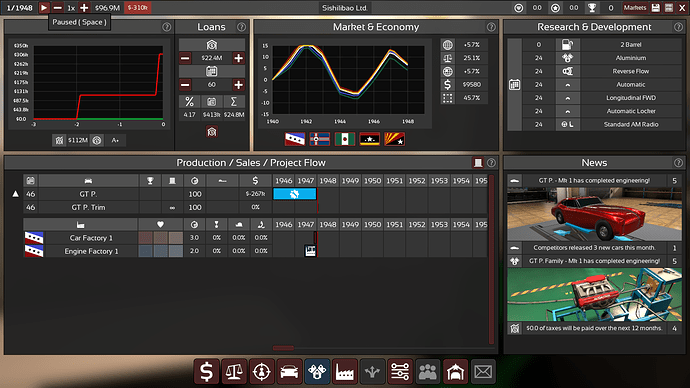 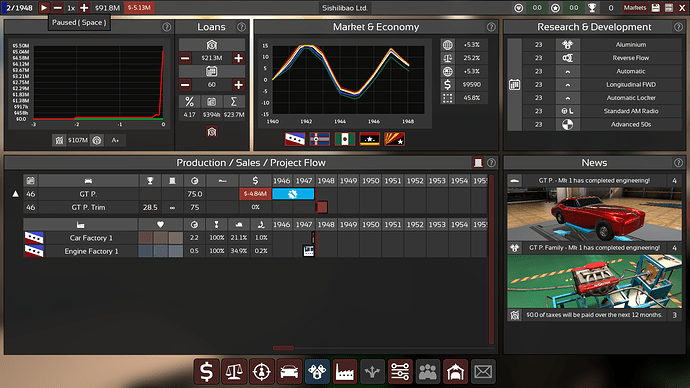 I could be wrong, but I believe the revamped sales model isn’t due until V4.1 (they’re still working on finalizing 4.0). V5.2 is suppose to mark the introduction of prototyping and limited series production. I suspect the completion of either of those milestones, will bring forth a meaningful/permanent fix.

There is no such thing as engine stock levels in the game at the moment, it is all “on demand delivery”. We checked again and indeed there was an effective lower shift limit for engine production, just not where we thought it was! So with the next patch you’ll be able to get only 1 engine delivered if you’re asking for it.