The first time I saw it I thought it was based off the K-car, but the more I look at it I see the TC. 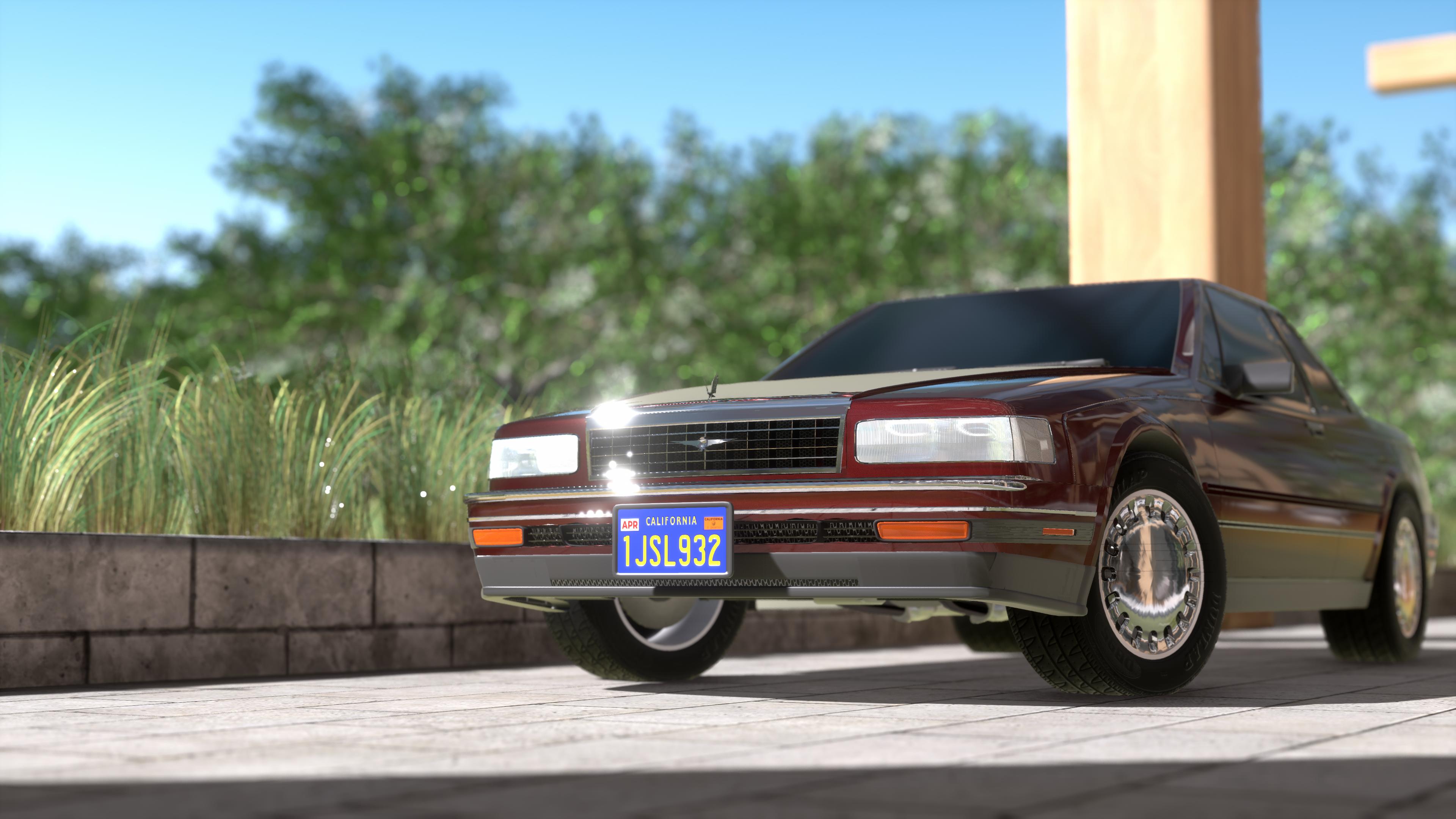 Here you see the Facelifted Silver-York Accolade with a new 4.6L V8, with modern technology.
the 1989 Accolade comes with plenty of choices compared to the original 1985 model, with either a digital or analogue dash depending on the customer choice and with many visuals packages chose what you want.

The accolade came standard with basically everything, available with a removable hard top or as a complete convertible. For 1989 comes a far more performance orientated model but still with the comfort related to Silver-York. A reconstructed facia with new headlight units, plastic cladding and new smoother side cladding fitting the modern way. Not much in terms of specifications changed majorly, just to keep up with the times, the Accolade still remained the flagship GT/Coupe of the range trying to move Silver-York to be seen as not only a luxury brand but also a sporty brand appealing to the younger-wealthier audience 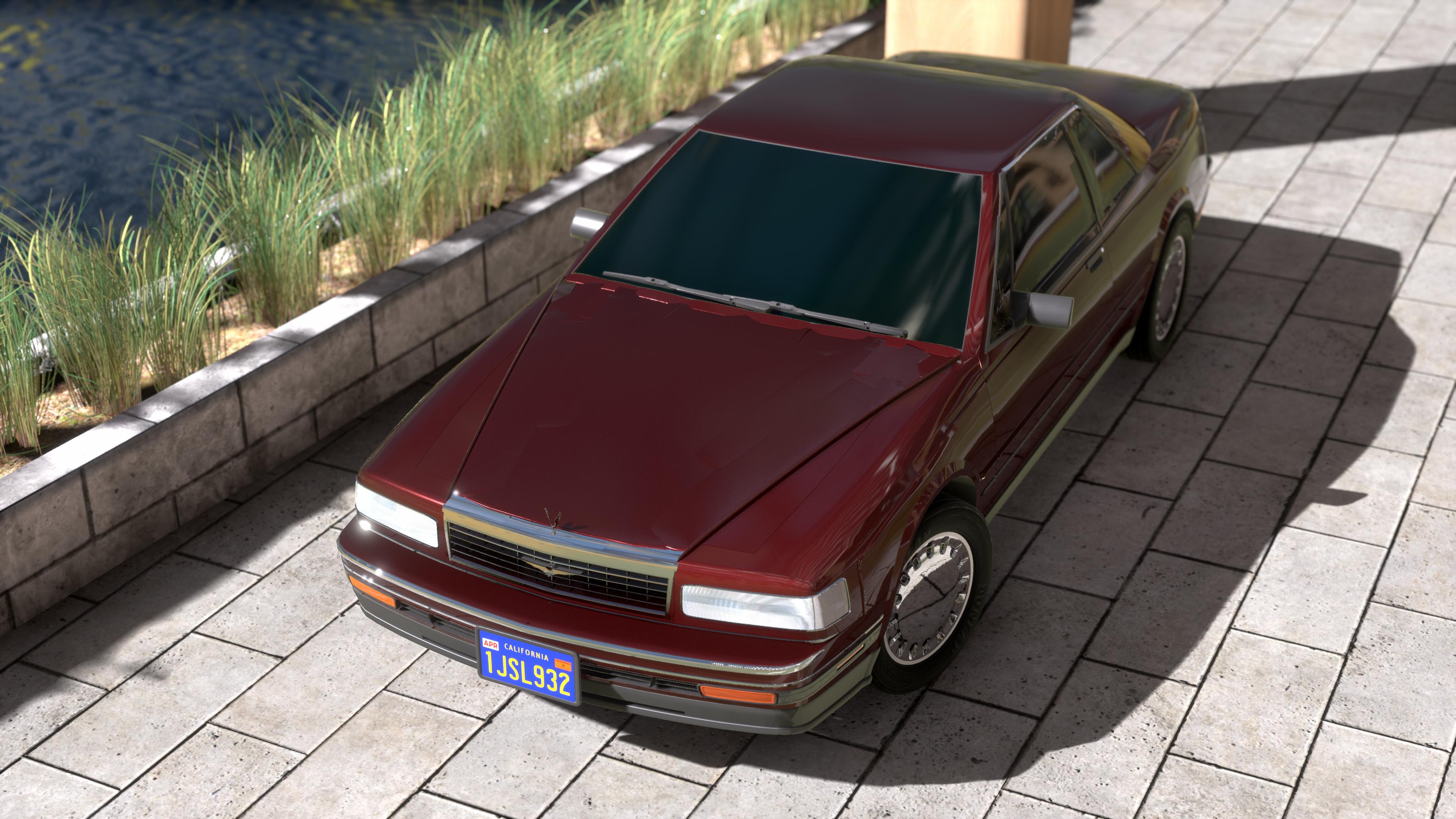 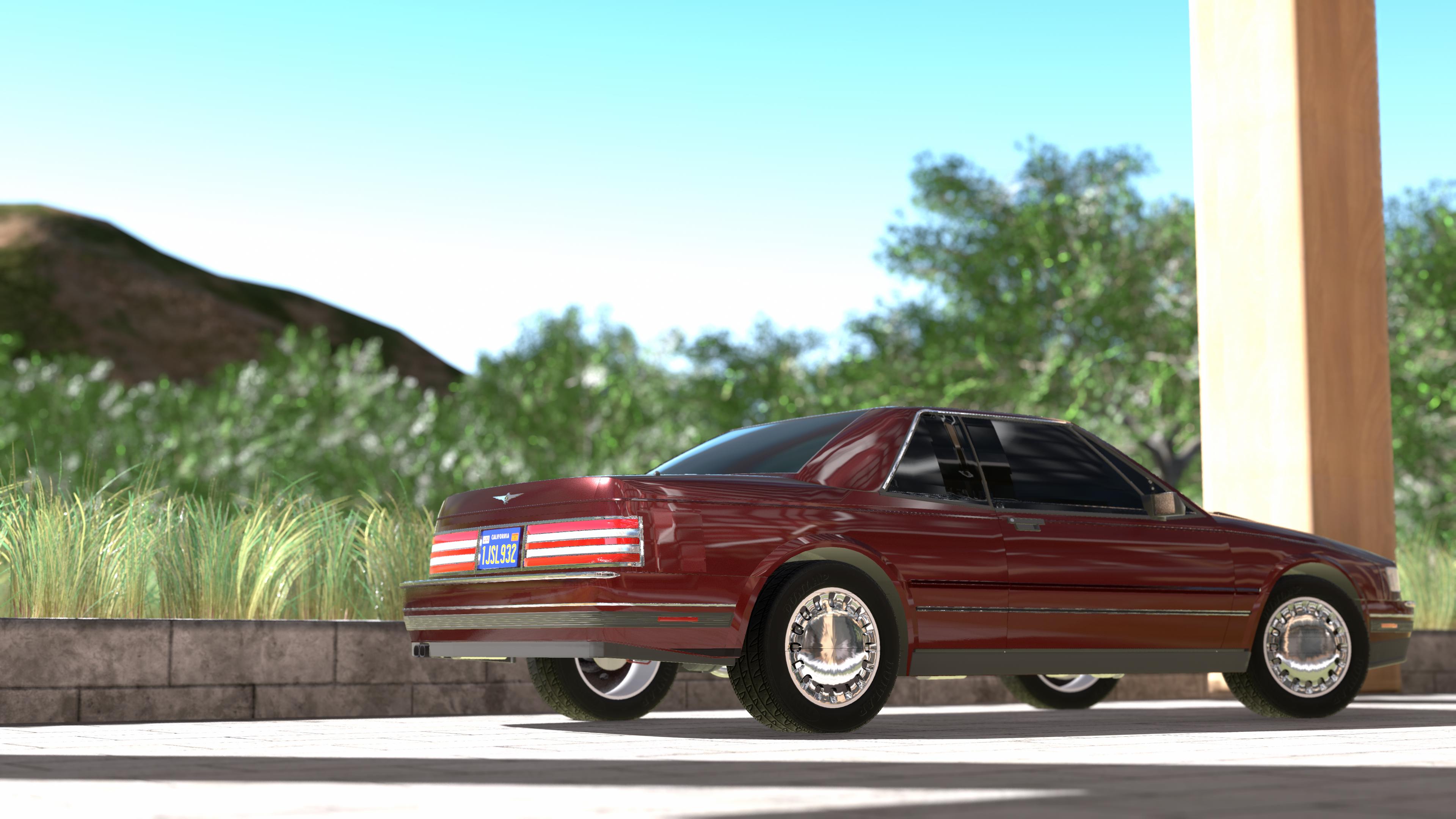 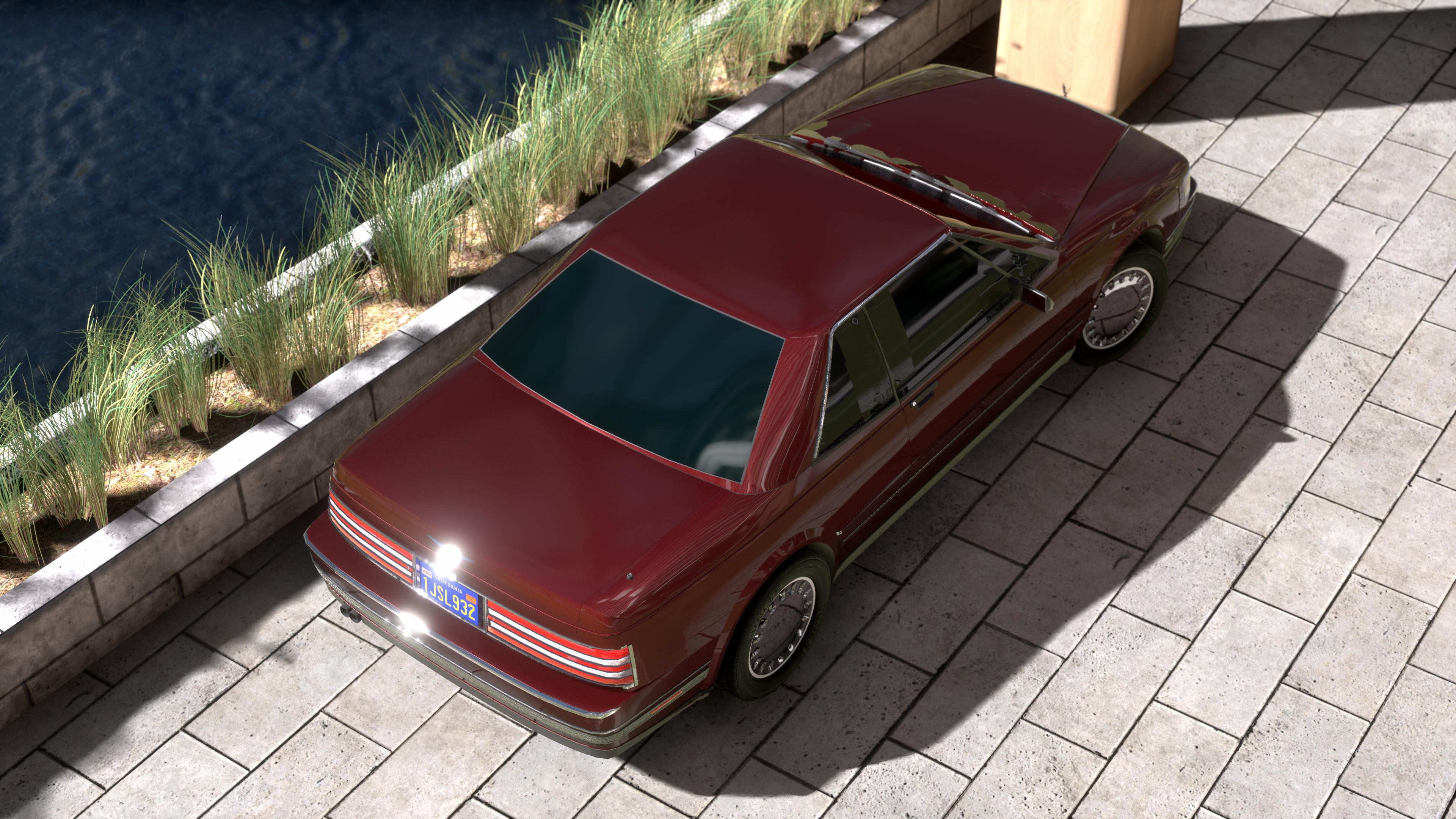 “The dawn of something special” 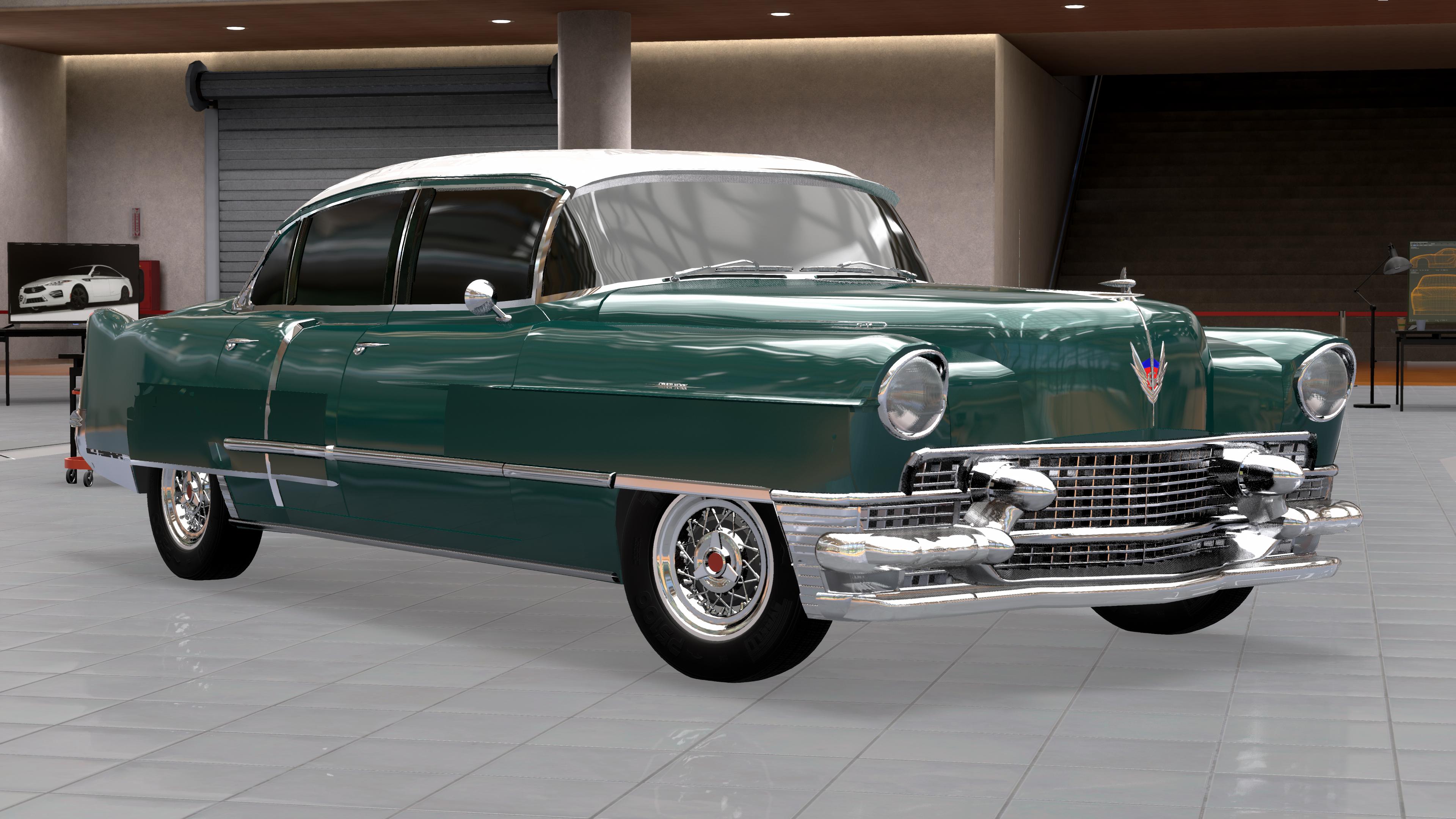 In 1954 Silver-York introduced a new series of sedans, the Silver-York Sovereign series was released celebrating 50 years of the company. It is now a name many of you know so well and has stood with Silver-York from 1954 into the late 90s before being revised in 2020.
The Sovereign was released to provide a more mainstream yet luxurious product sitting below the 49S it was second from the top in the hierarchy of Silver-York models. Although similar to the 49 (later named Forty Nine) in its base shape (and sharing the same chassis as the standard length 49) it was a vastly redesigned model, with a larger scare shape throughout its design. With the 1954 design came two sets of Dagmar’s on the front of the Sovereign, as well a new wider stance grill and integrated fog lamps in this new grill shape. The chrome design moved lower around the sides of the vehicle and as per the mid 50s wings began to grow bigger and bigger.

The Sovereign came only as a 6 window sedan equiped Silver-Yorks 355 engine paired to a 3 speed automatic gearbox. 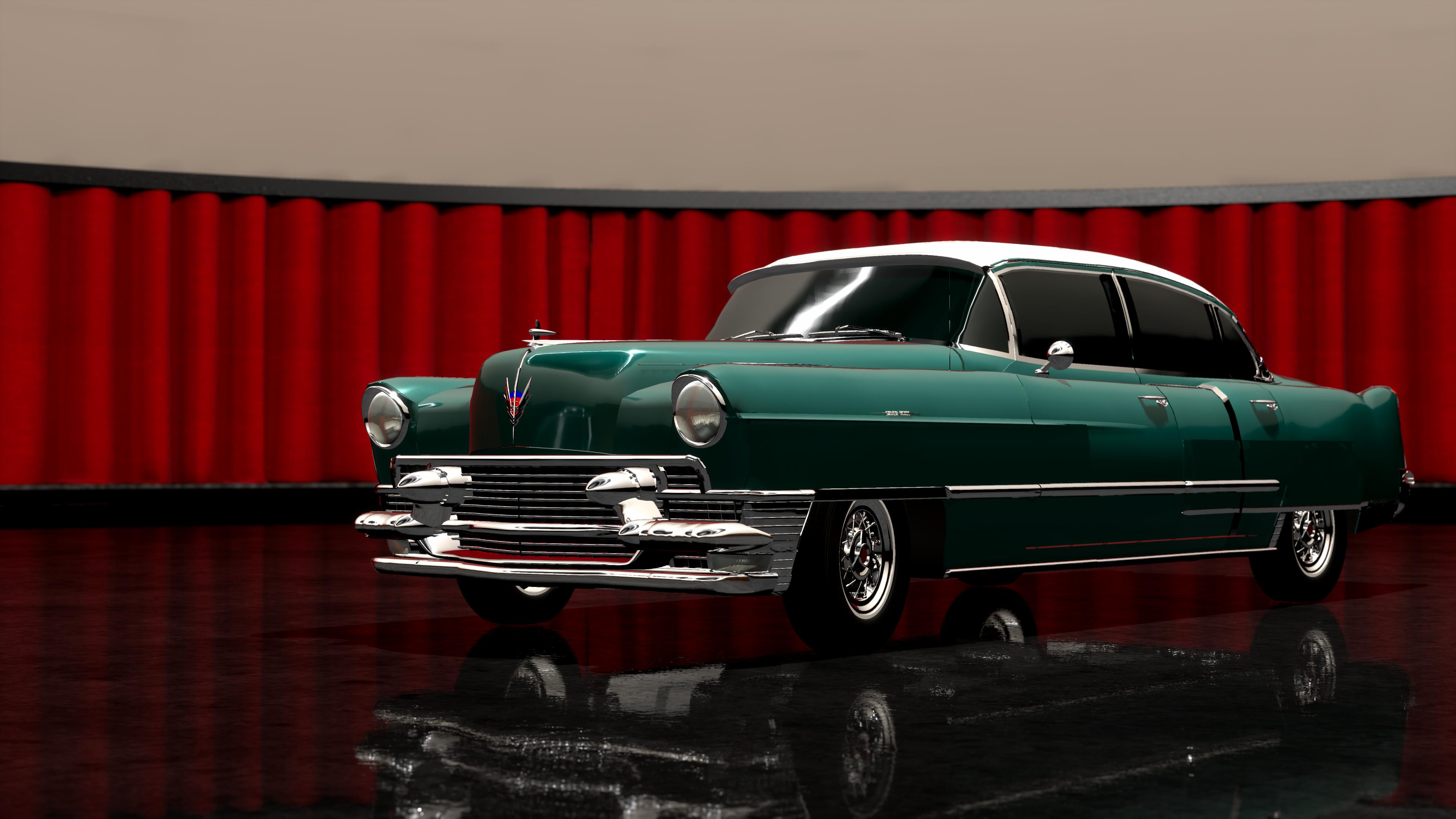 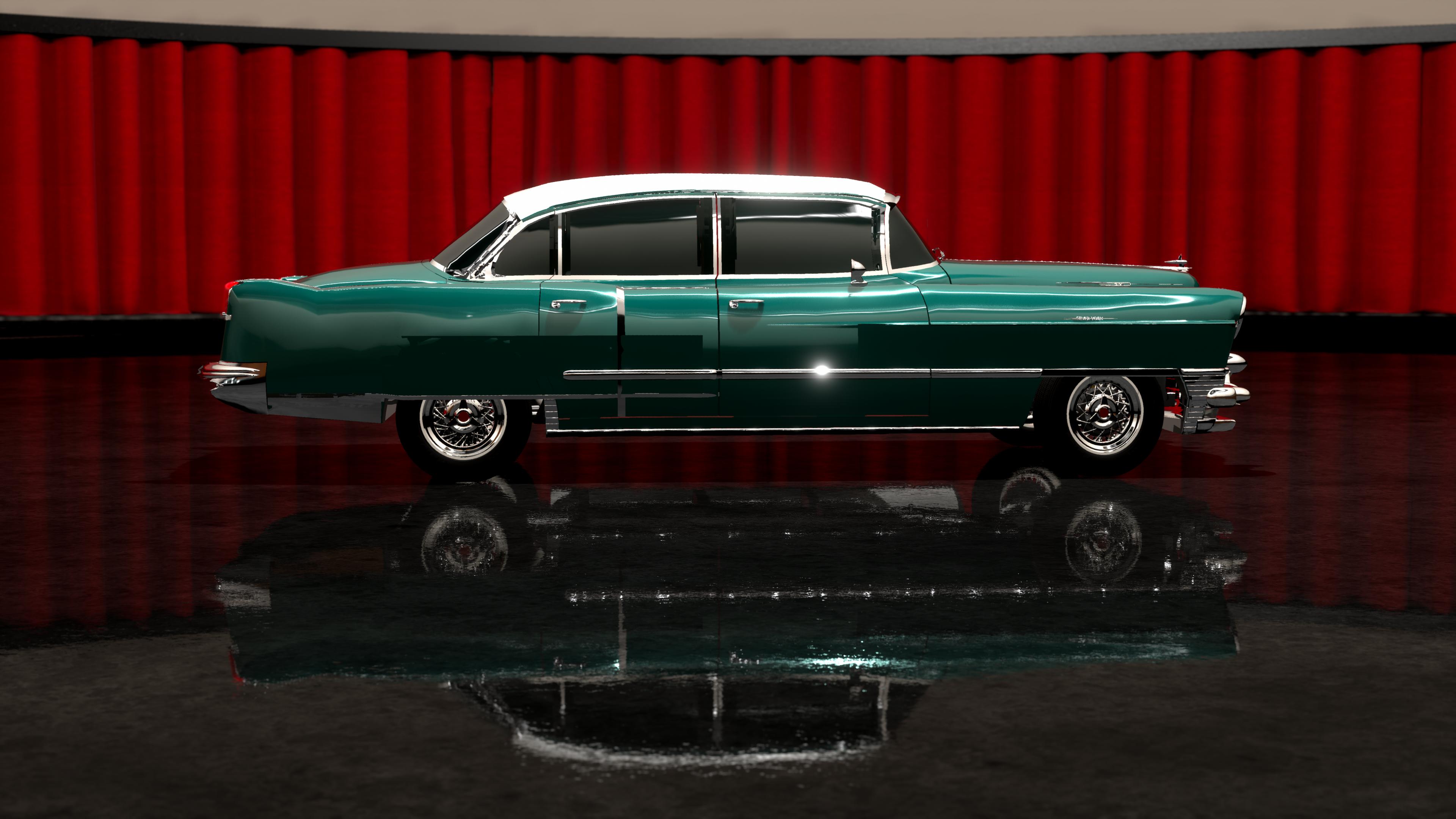 Silver-York never knew how succesful the Sovereign name would become, being Silver-Yorks stable sedan model for the next 50 years. 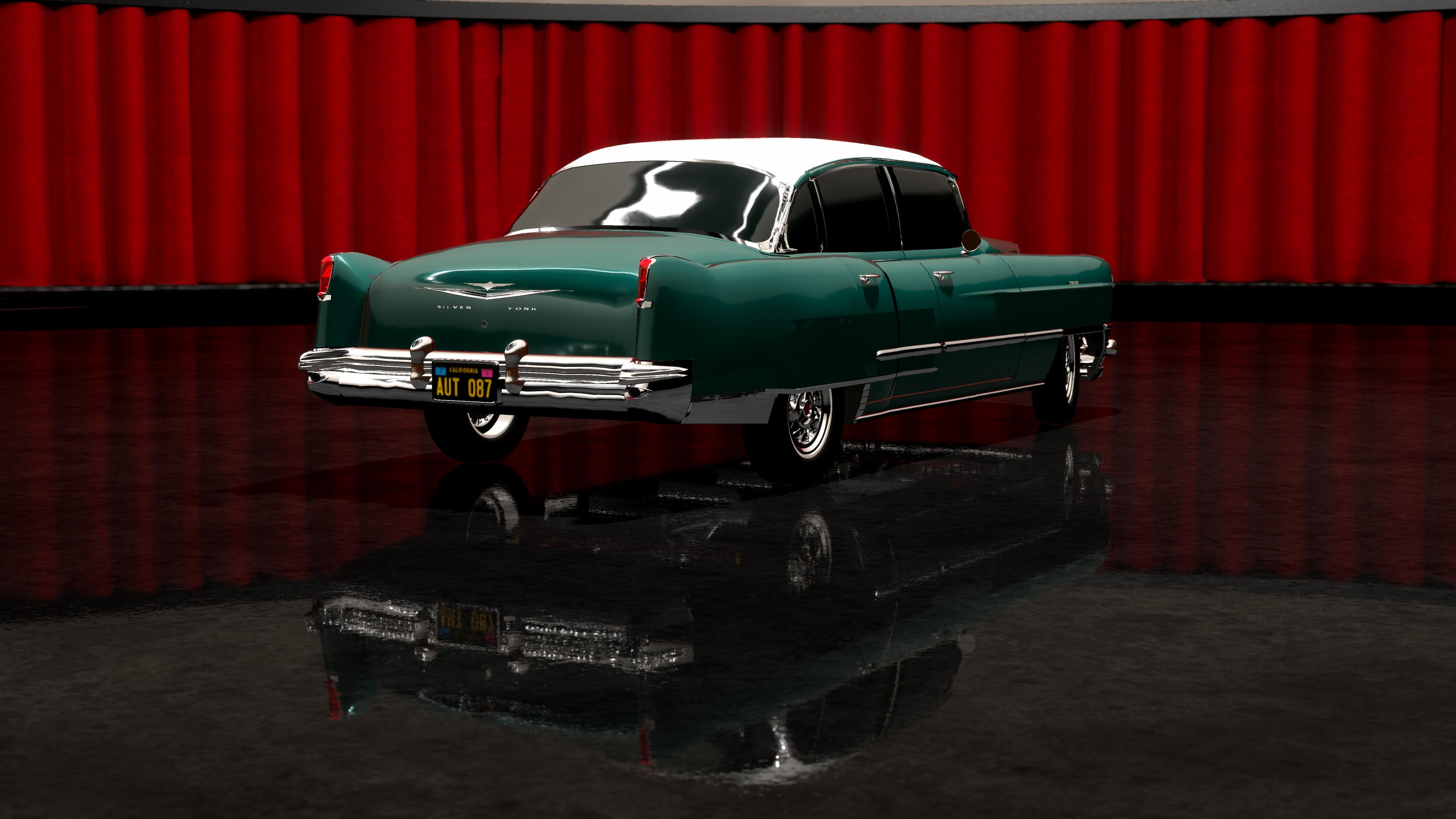 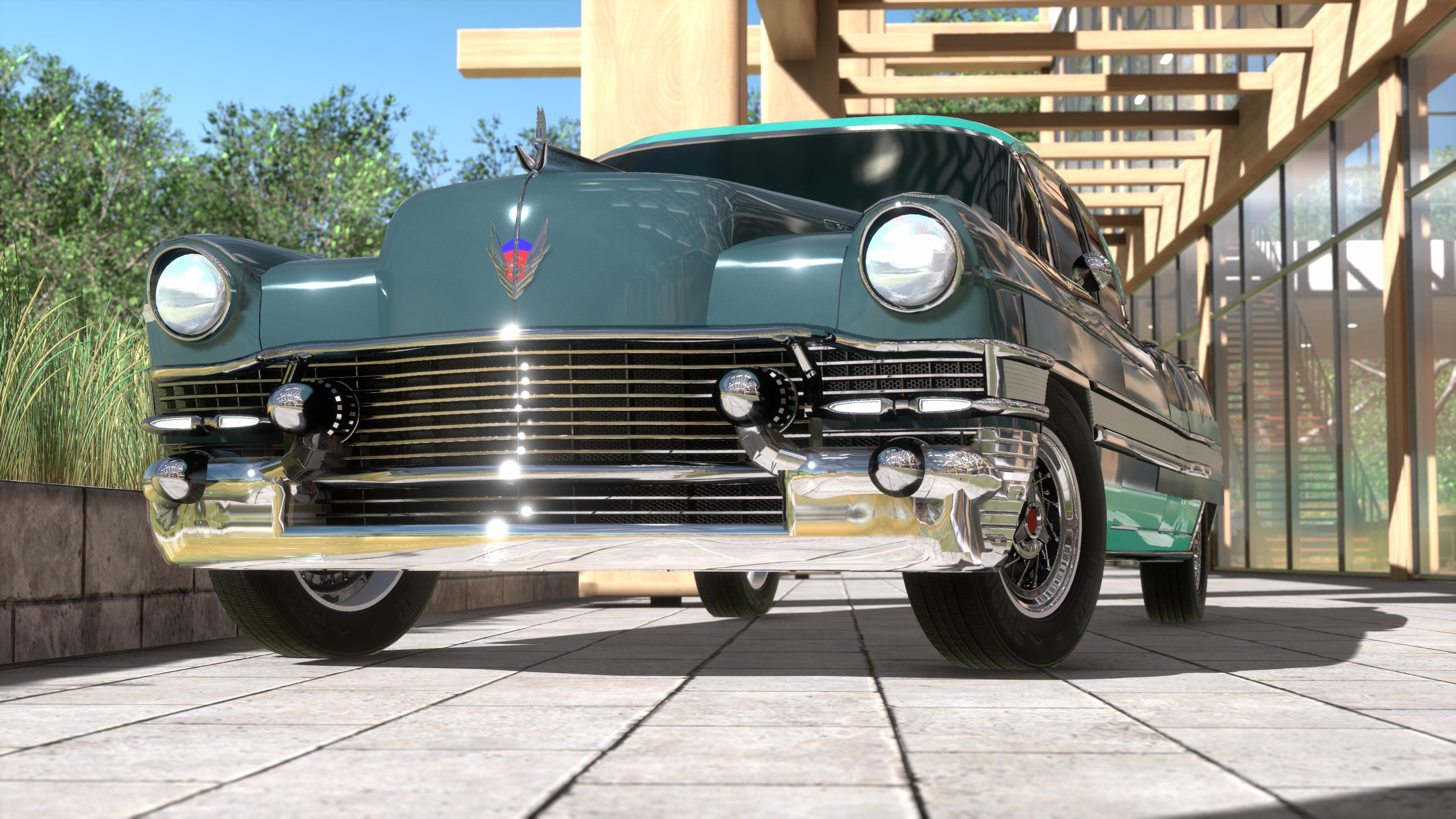 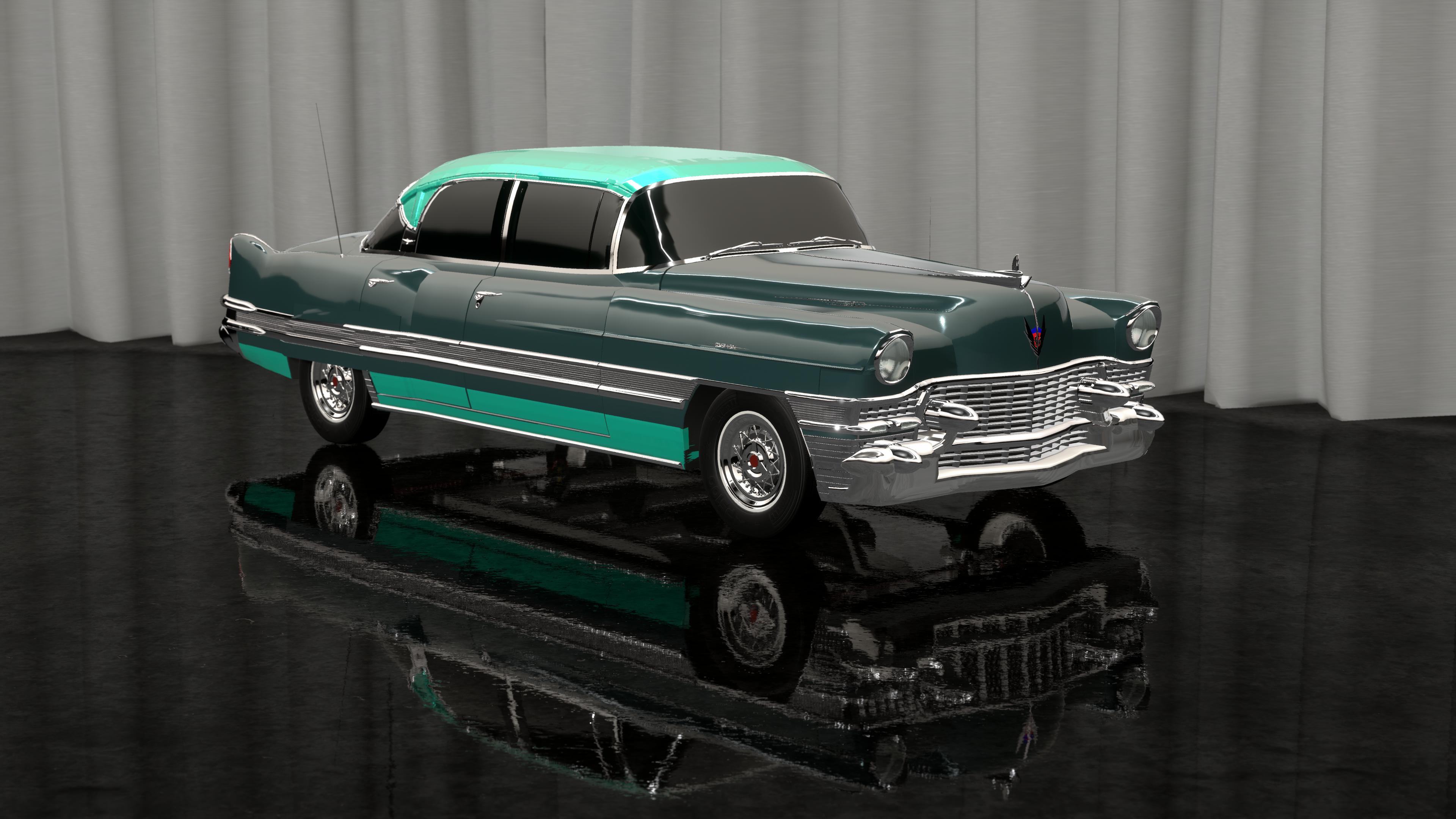 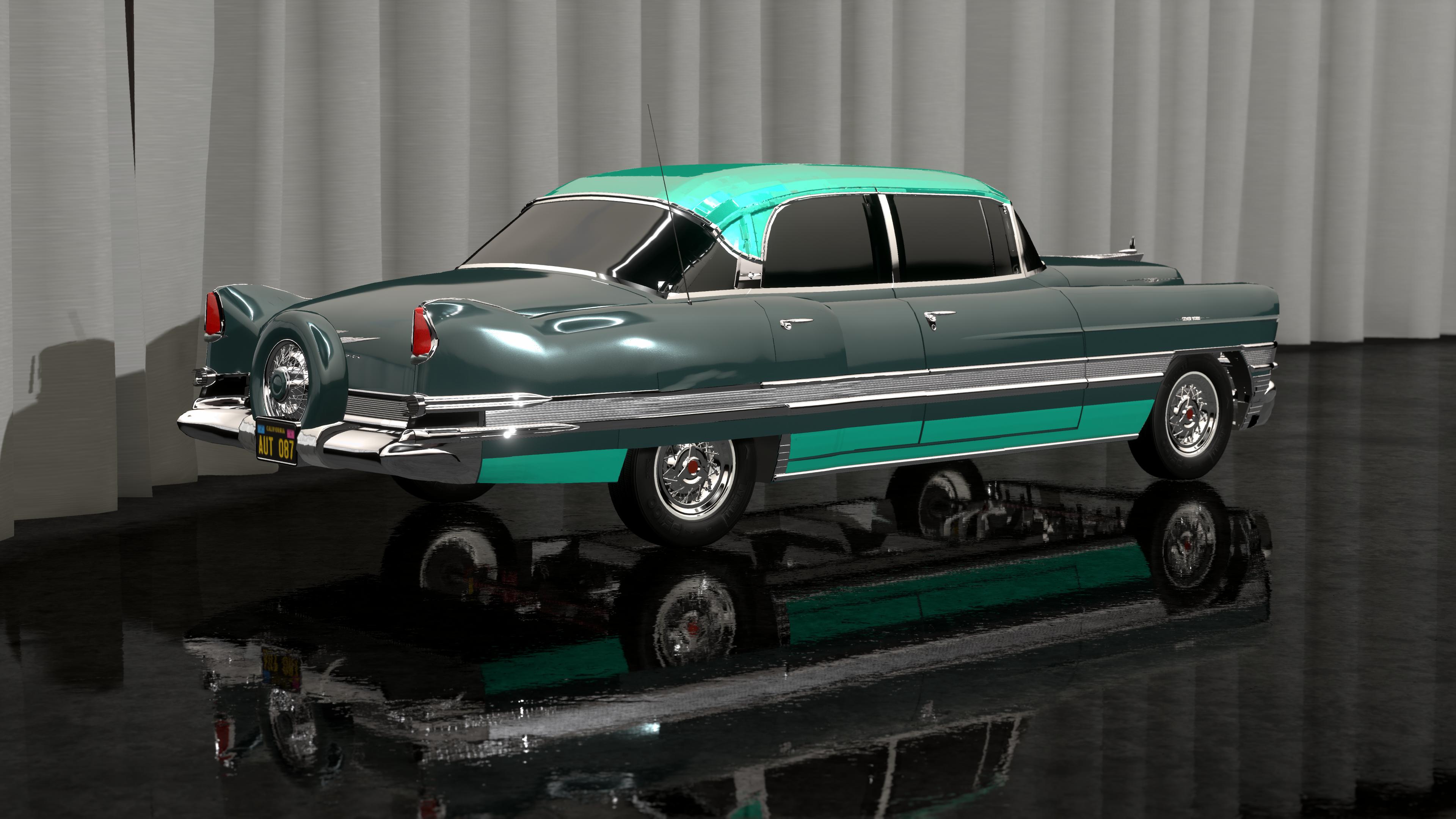 Glad to see some more from Silver-York!

At last, we finally get to see the original Sovereign in the flesh - the genesis of a model that served as the backbone of Silver-York for nearly a half-century - and it looks amazing from every angle. Hopefully, it won’t be long before the newest (2020) Sovereign, a full-size SUV, also gets its own detailed description here in a separate post.

Yup I’m currently going through all of the Silver-York Sovereign lineup so will be posting them regularly ovee the next month or so. 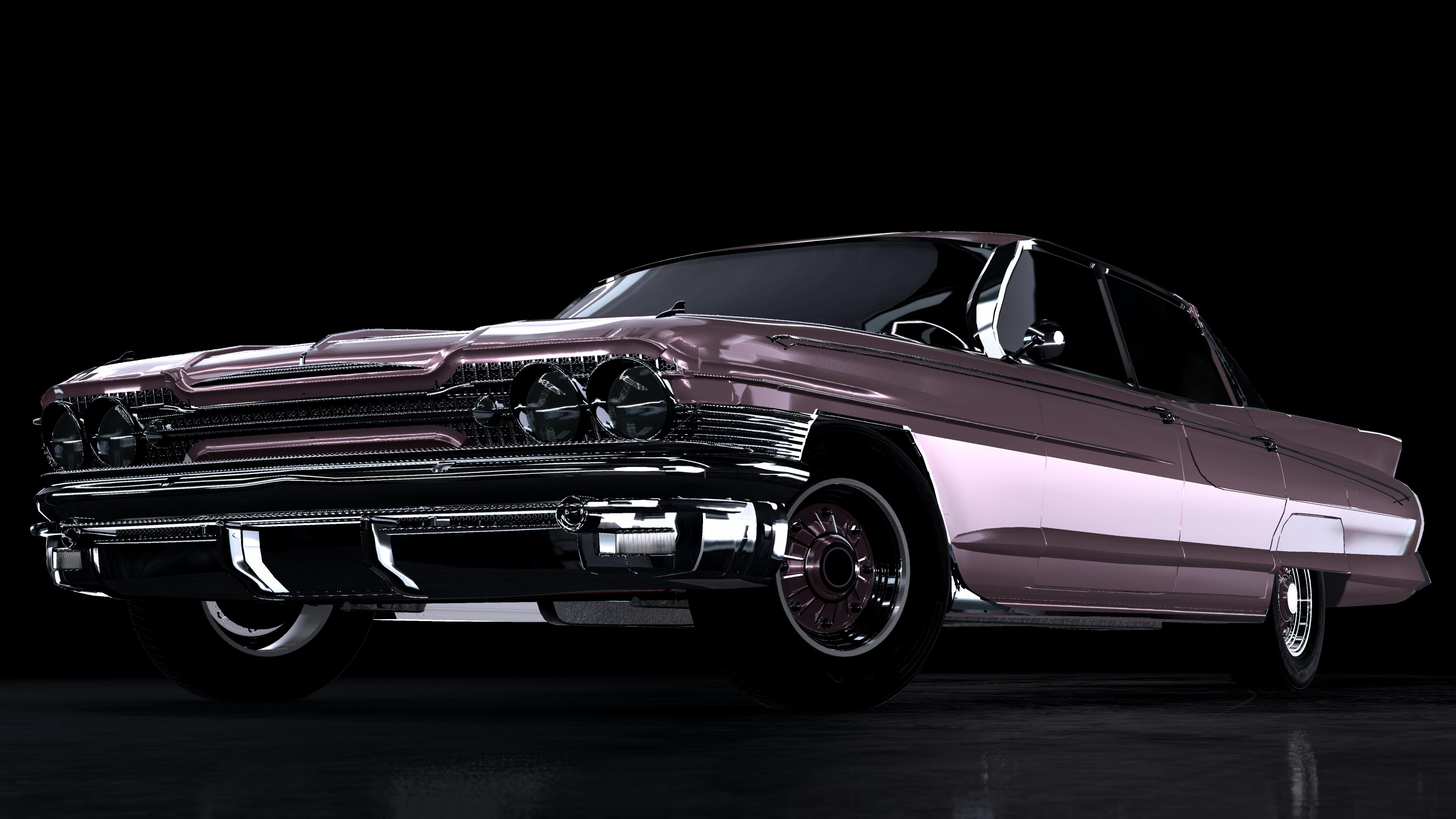 After slowly climbing Silver-Yorks ranks, the Sovereign became the best selling Silver-York model by the end of the 50s, with many design revisions tail-fins grew prouder and stronger being a symbol of opulence and pure American luxury. in 1961 the Sovereign sedan face a minor redesign, toning down some of the design elements, with smaller tail fins and “simpler” design, entering into the 60s was a big strive for Silver-York but since the second world war sales figures had just continued to climb and climb and the 60s certainly wouldn’t buck this trend. The only issue with the 1961 Sovereign sedan was that its fascia still relatively out of date to enter into the 60s this was soon updated in the '62 design.

The Sovereign series had been far more successful than Silver-York had expected, becoming its staple model although still sat below the 49 and Margrave (which had been made into its own separate model away from the 49 by 1961). The newer 3rd major design of the Sovereign grew bigger, more opulent and an even bigger staple of the “American dream” being driven by the rich and wealthy as well as the distinguished and classy it became THE dream car of the American dream. Now powered by a 410CI V8, it was bigger, faster and just far superior. With plenty of standard features as well as just as many options such as Ostrich cabin interior seats. 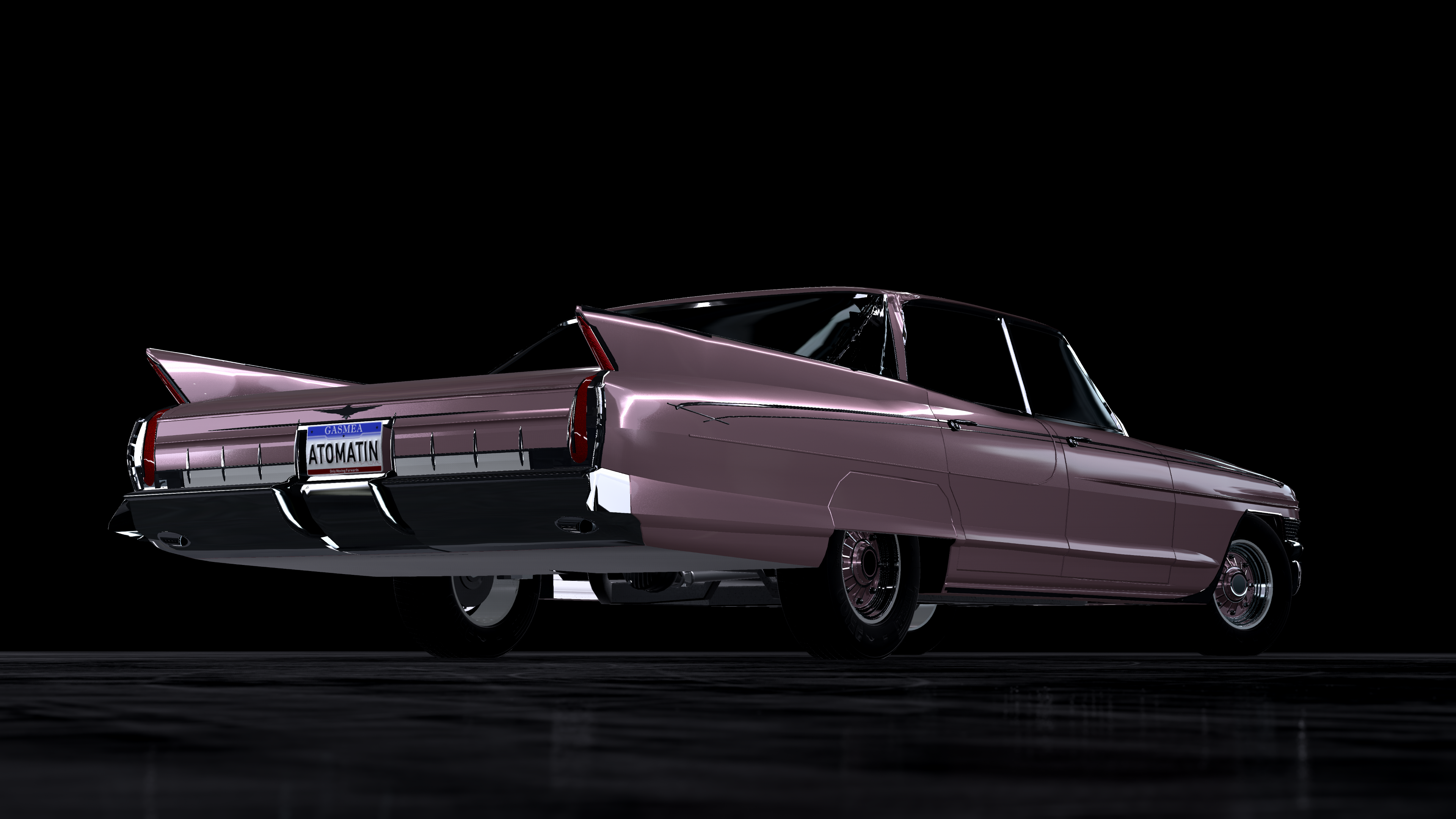 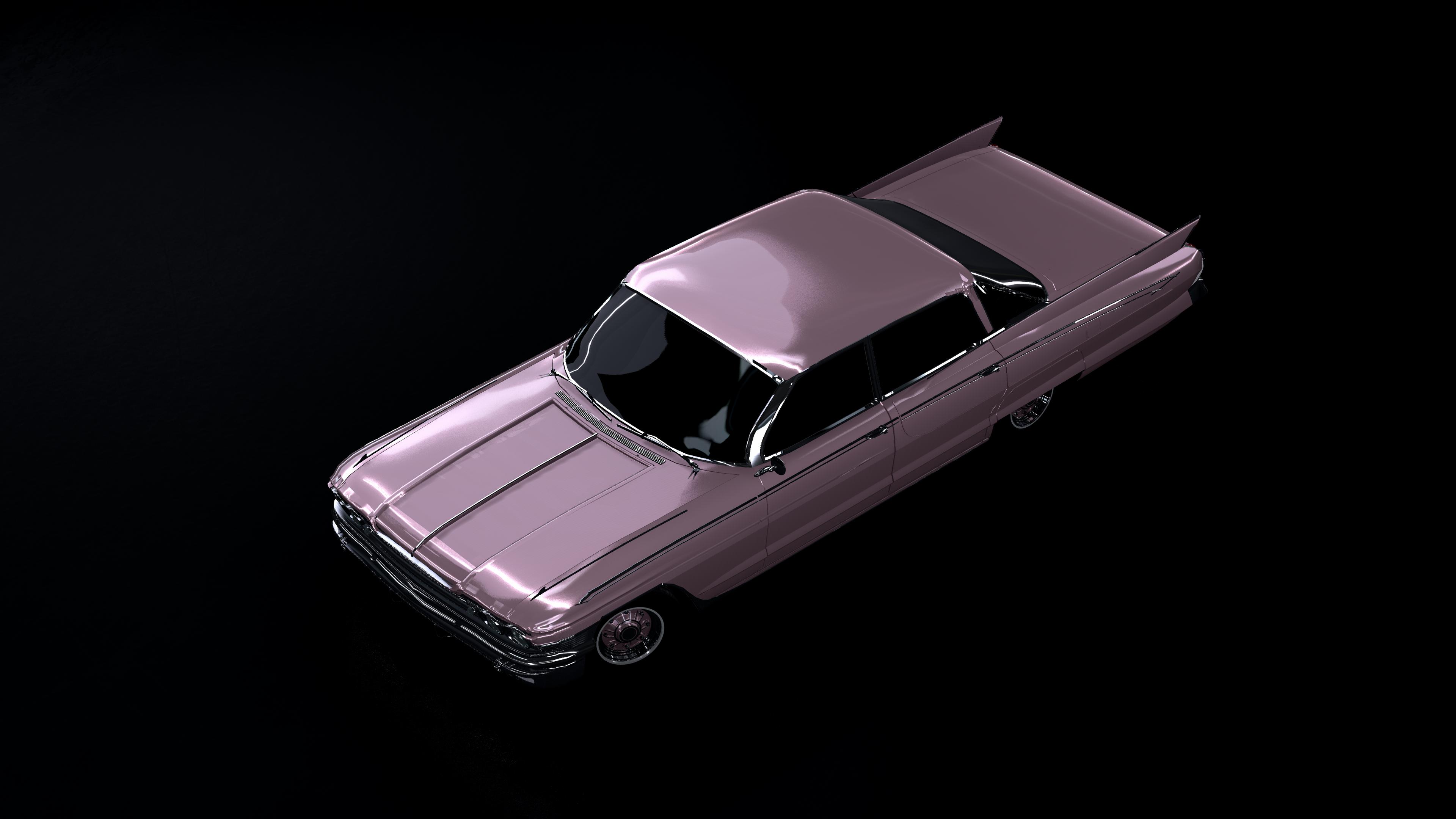 Driven by the rich and famous, and a symbol of the rest of the decade. 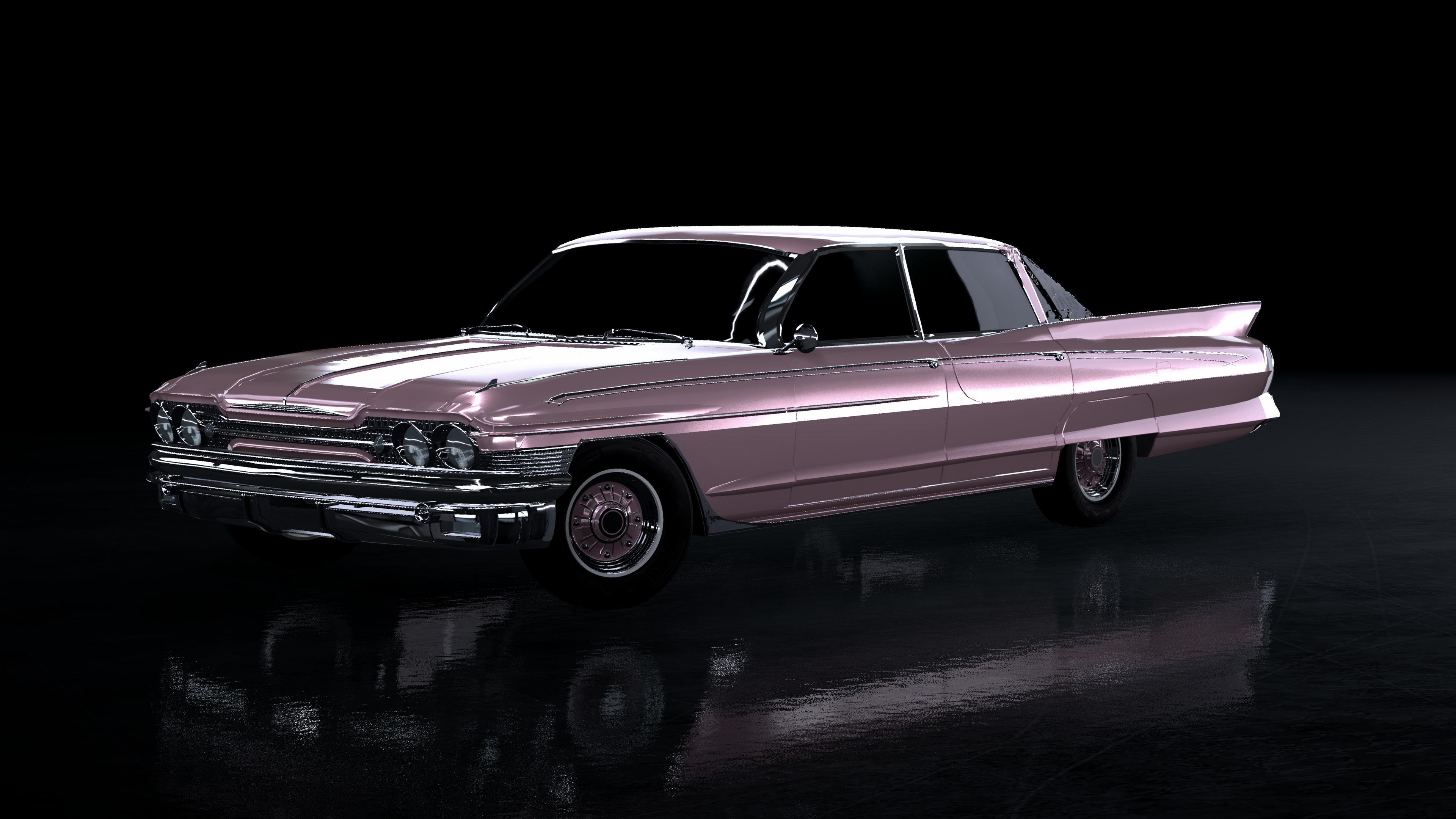 Here we have a recolourised Sovereign advert. (reuploaded I know hushhh) 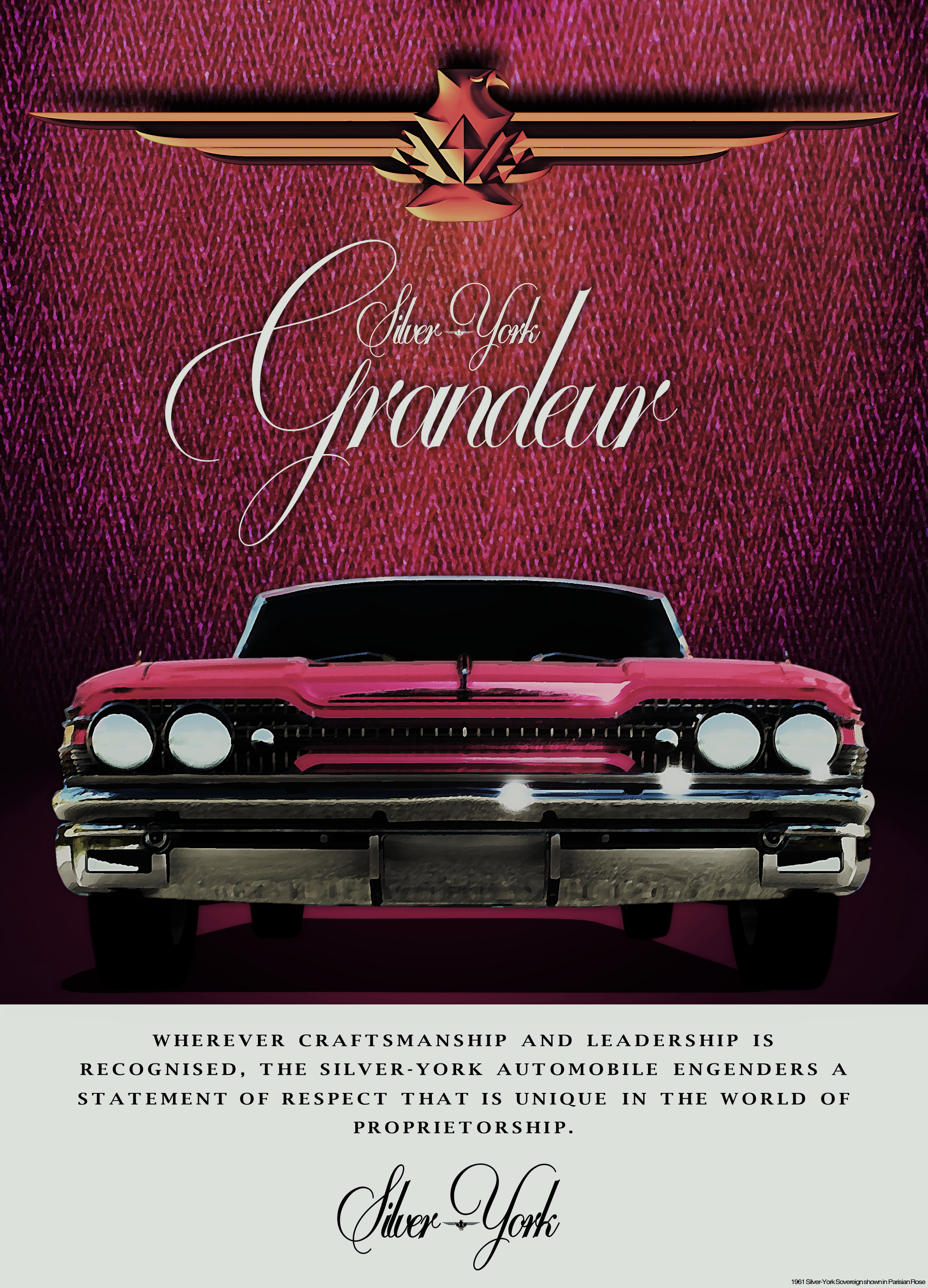 1961 Silver-York Sovereign 61 Custom – the Strange, the Odd, and the Remarkable 1 car by @ProfessorP3PP3R A bit of a special car today featuring today, as there’s quite a story to this one, next to it being a truly beautiful automobile. And the latter you would expect when we mention it is an early 60’s Silver-York. In fact, it is a beautiful wood-accented custom version of the '61 model year Silver-York Sovereign, the generation that first appeared in 1959. We could have gone for eith… 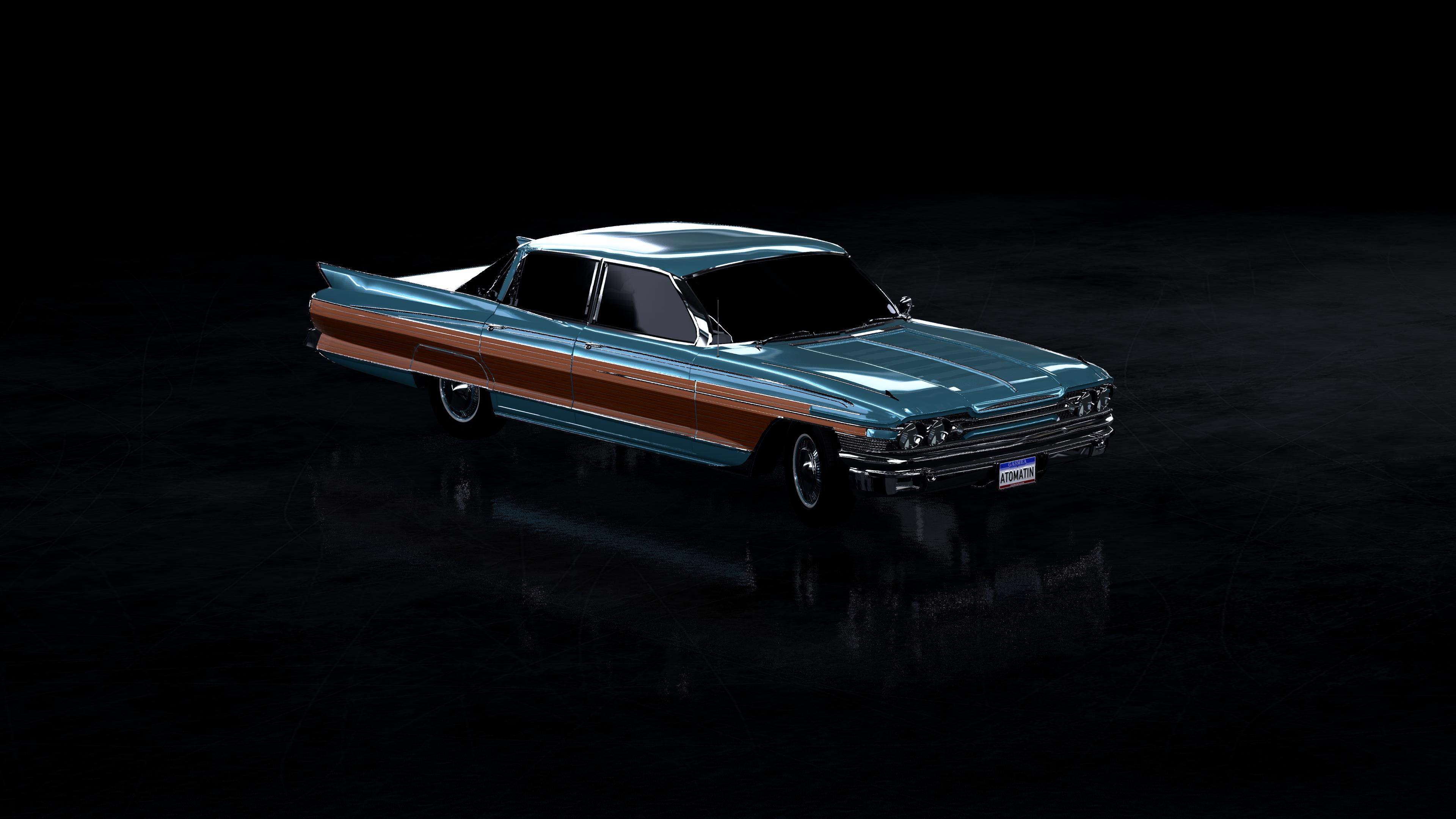 I must say, I’m a huge fan of your work, but I think the Accolade takes the cake. Obviously both the classic designs as well as the more modern stuff is great, but I think the Accolade just perfectly captures that awkward period in the American automotive history where Detroit figured that it needed to take risks to survive amidst growing competition from imports, and abandoned its traditional ways of making cars.

It looks late 80’s af while keeping the same classy American look you’d expect from a brand modeled after Caddy/Lincoln, and that new 4.6 engine…do I smell a Northstar here? Friggin’ fantastic

And you know what I really do think that the Accolade is probably one of my top top Silver-Yorks I’ve made. Like you say its just that odd awkward american era of cars that produced some really eye catching cars. Though there are plenty of odd models I haven’t gotten round to uploading to the forums just yet and currently in the process of doing! 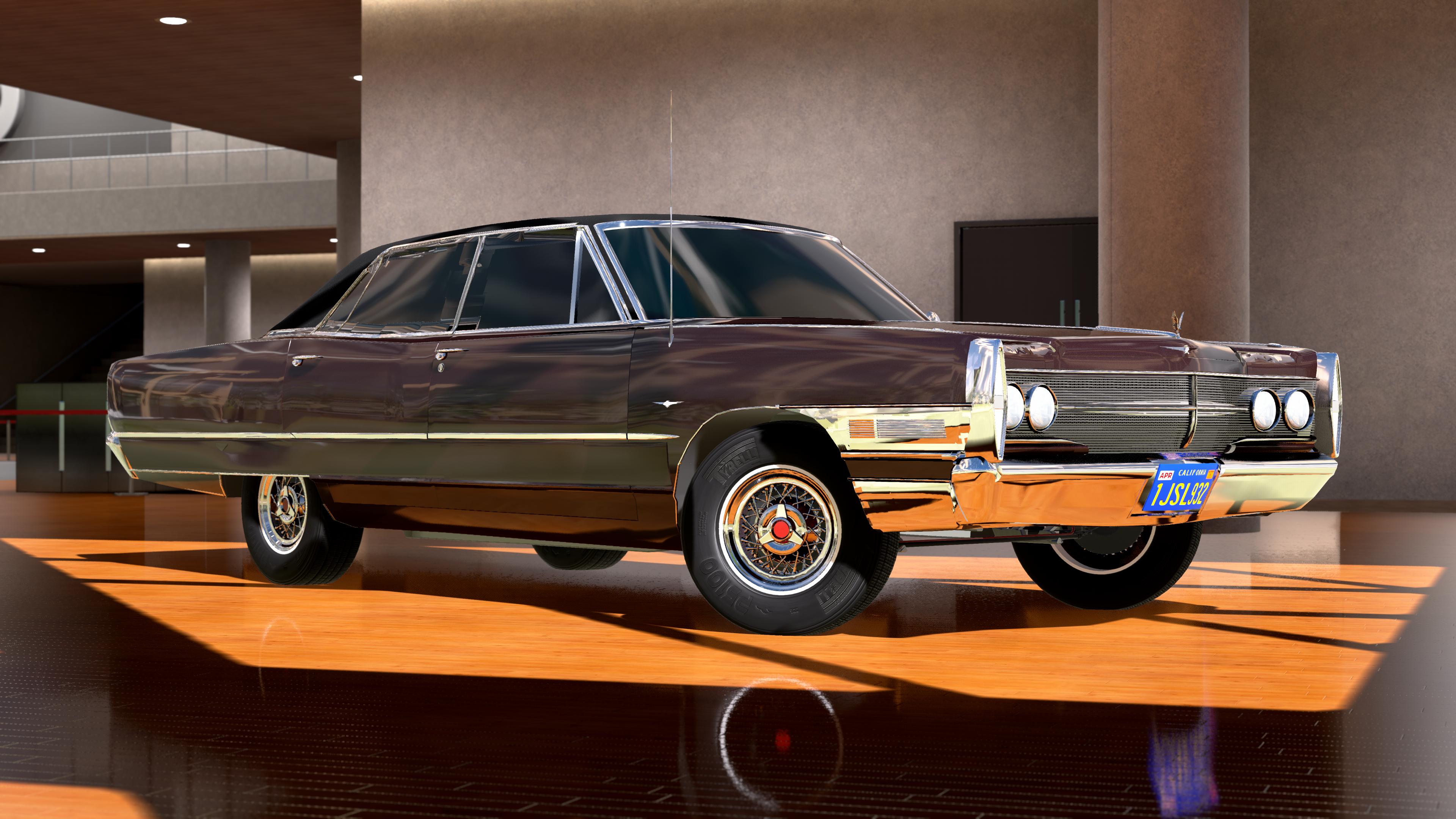 The mid-60s soon rolled over, the Sovereign had evolved over 5 distinct models (3 currently haven’t been made due to in-game limitations ;p) it’s popularity to the American public only continued to grow stronger and stronger. After the success of the 1961 Sovereign, Silver-York knew how important the rest of the decade would be. For 1965 Silver-York introduced a 2-Dr coupe aswell growing the Sovereign line to match the size of the Precinct line-up. Now consisting of the Sovereign Brougham, Sovereign Hardtop Sedan, Sovereign Sedan and finally the Sovereign 2-door. This new Personal luxury car was made to sit below the Margrave in the Personal luxury lineup of Silver-York with the Precinct sitting as the entry-level model.

Unlike the early 60s Sovereign, the '65 model was a complete lineup of cars growing Silver-Yorks full lineup larger and larger, just like the sales that Silver-York were receiving. Silver-York now had a distinct 3 tier lineup to the brand. With the Forty-Nine series and Margrave sitting as the top tier flagships, the Sovereign series serves as the mid-tier model range and the Precinct series as the entry-level model. 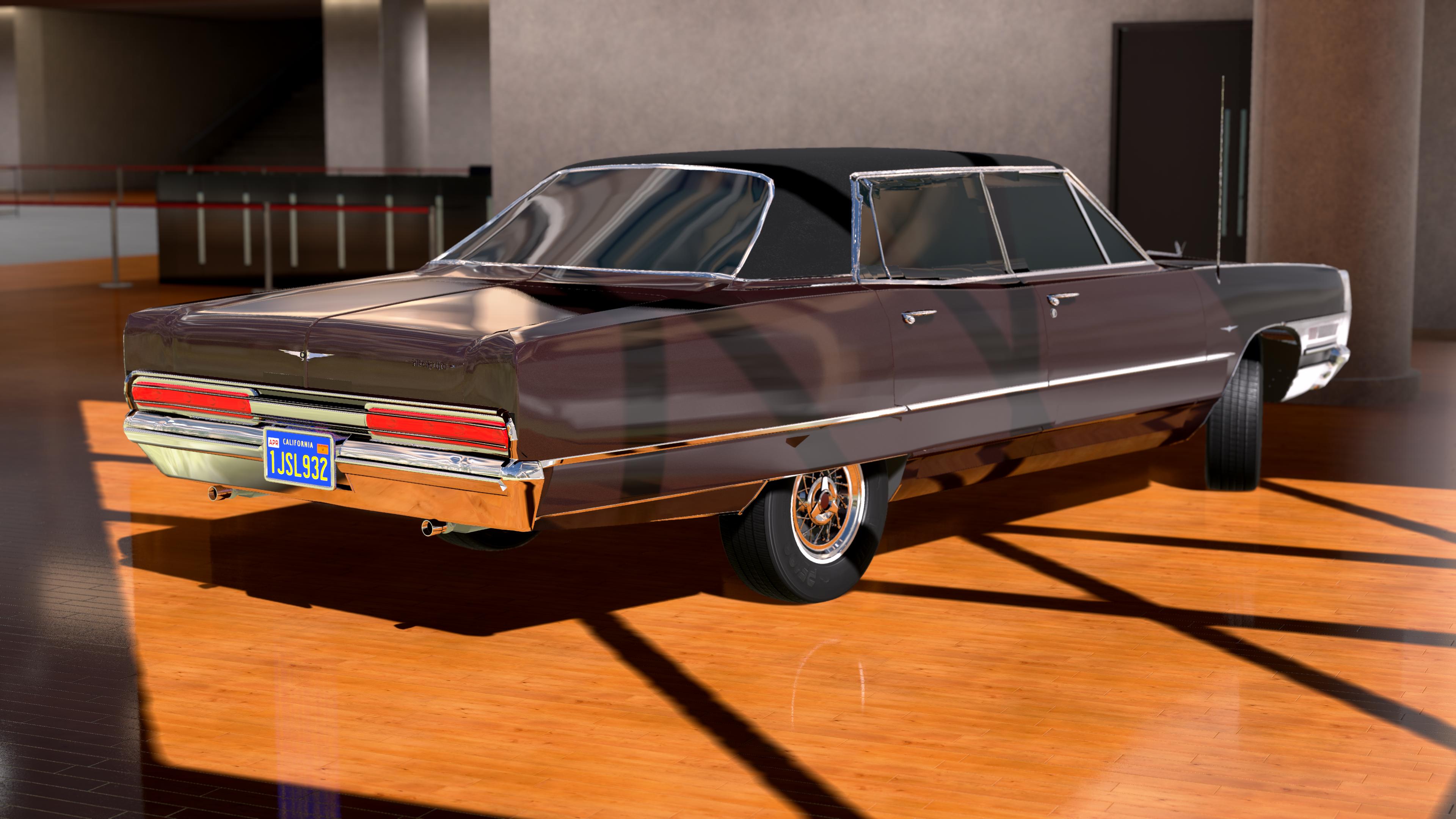 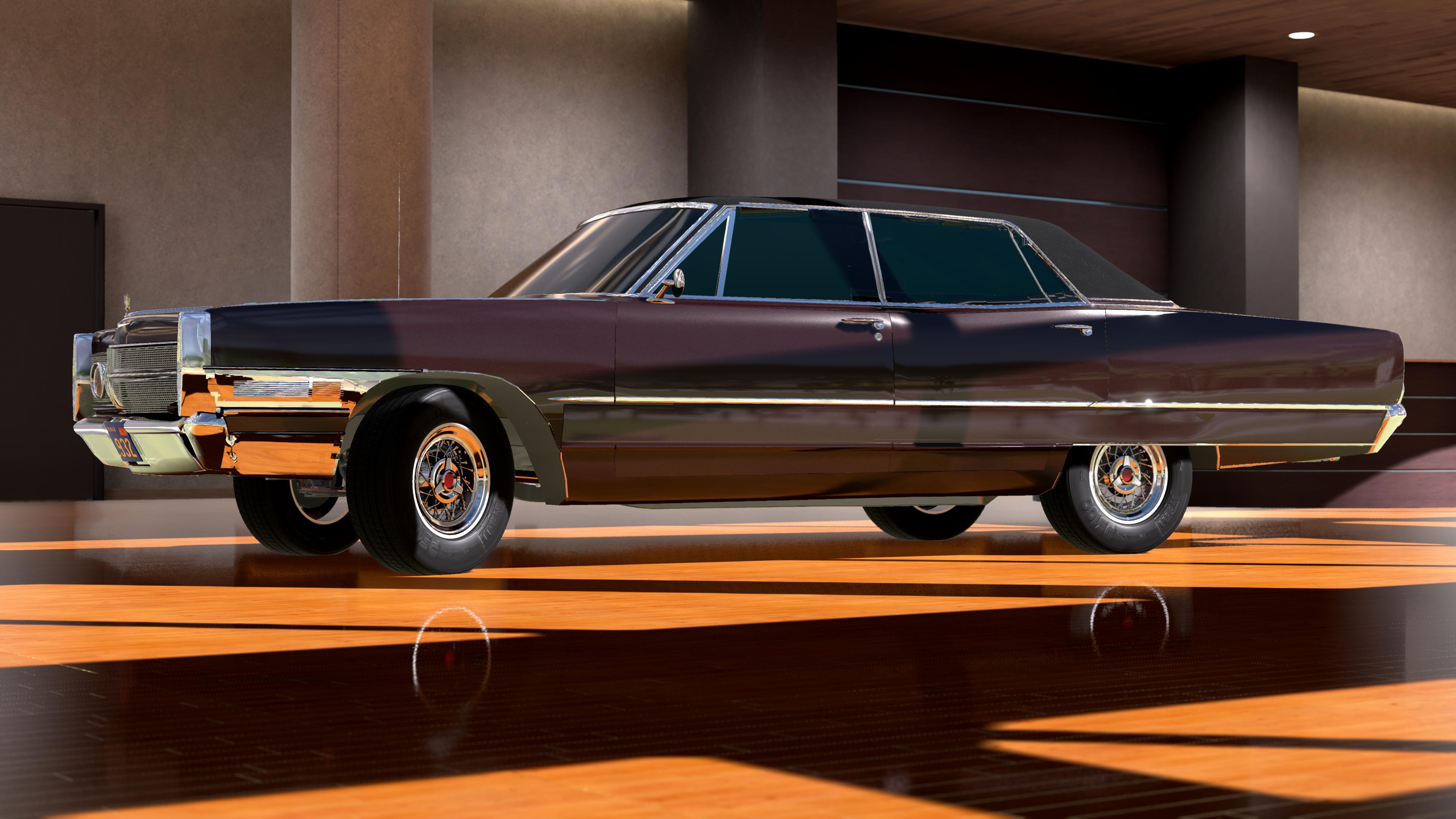 Shown below is the 2Dr model of the Sovereign and above shows off the top trim Silver-York Sovereign Brougham, featuring the optional 470CI V8. 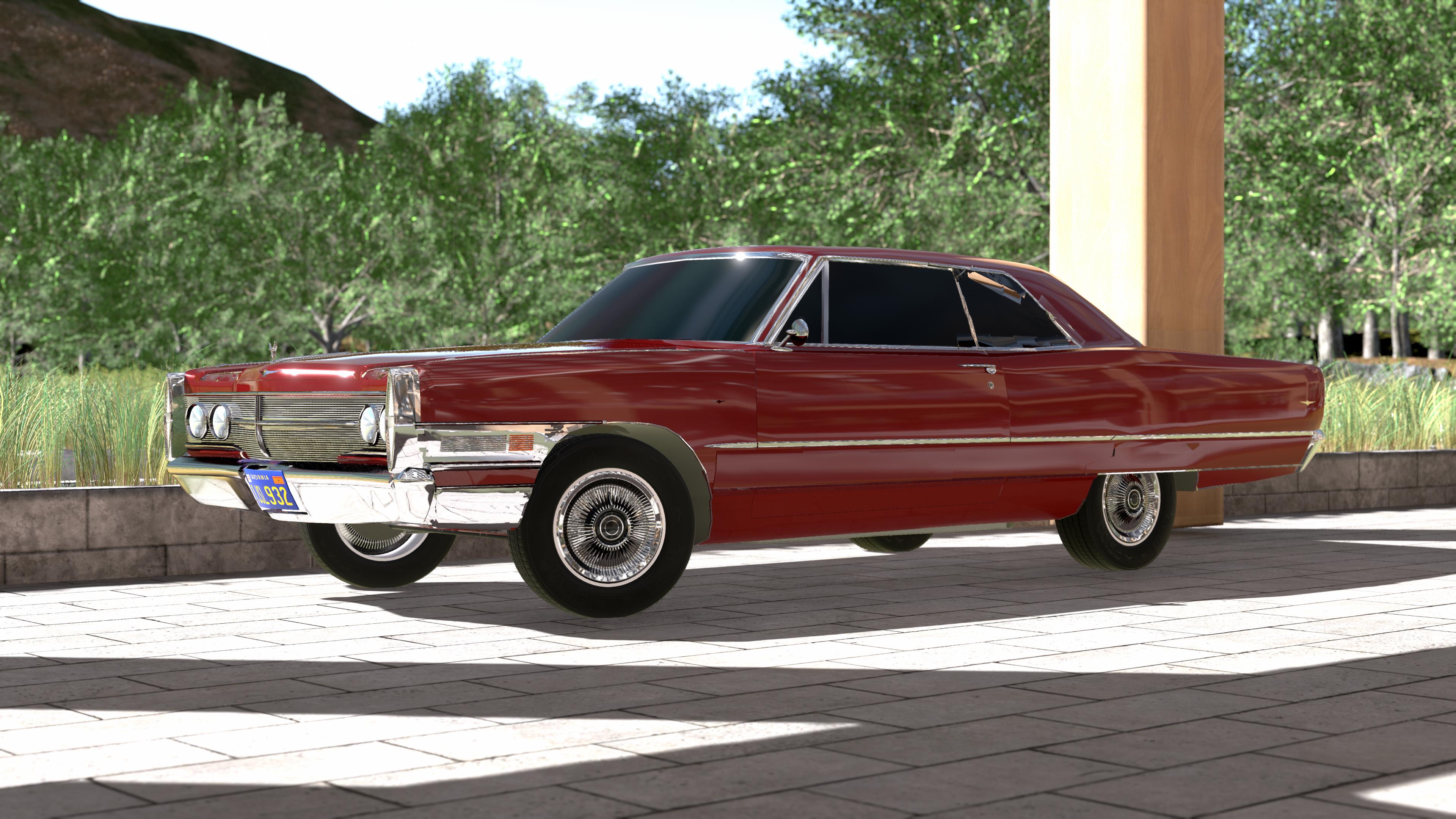 “And here comes the biggest Silver York ever created” 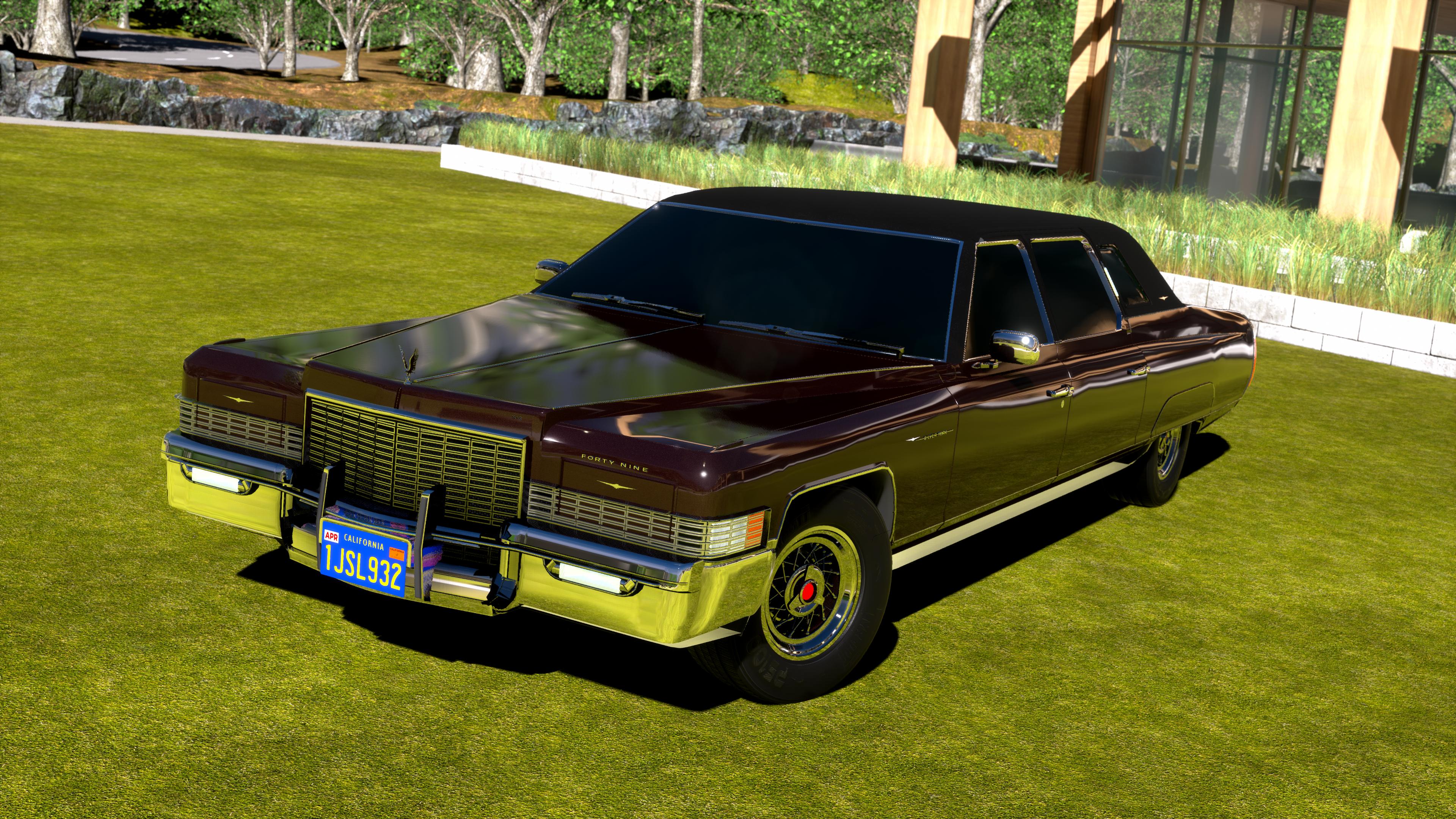 Interupting this daily Sovereign breifing with the 1971 Forty Nine. The Forty Nine (earlier 49S) has been arround since the 40s. Created as Silver-Yorks flagship model it sat at the top ever since. Now that the 70s have rolled over the standards in American luxury have grown. The Forty-Nine is the longest SY ever made. with a 3.7M wheelbase, custom manufactured for the Forty Nine model. Built completely in house its one of America’s longest completely in house built cars. The Forty nine used the same design as the exclusive Sovereign sedan, yet featured a longer wheelbase and the flagship engine. Another unique point to the Forty Nine is it’s completely customizable platform, allowing it to be used for commercial use.

With the evolution of SY full-width grills this comes with a two-tier grill design, as well as the addition of hideaway headlights. the first time the company have used these in many years. Powered by SY’s 513 series engine it provides all the power and smoothness needed in any luxury sedan. Available as a 6 seat sedan or a 9 seat limousine. The Forty Nine has been the standard in flagship luxury for many years, it looks back to the exclusivity of prewar American luxury. 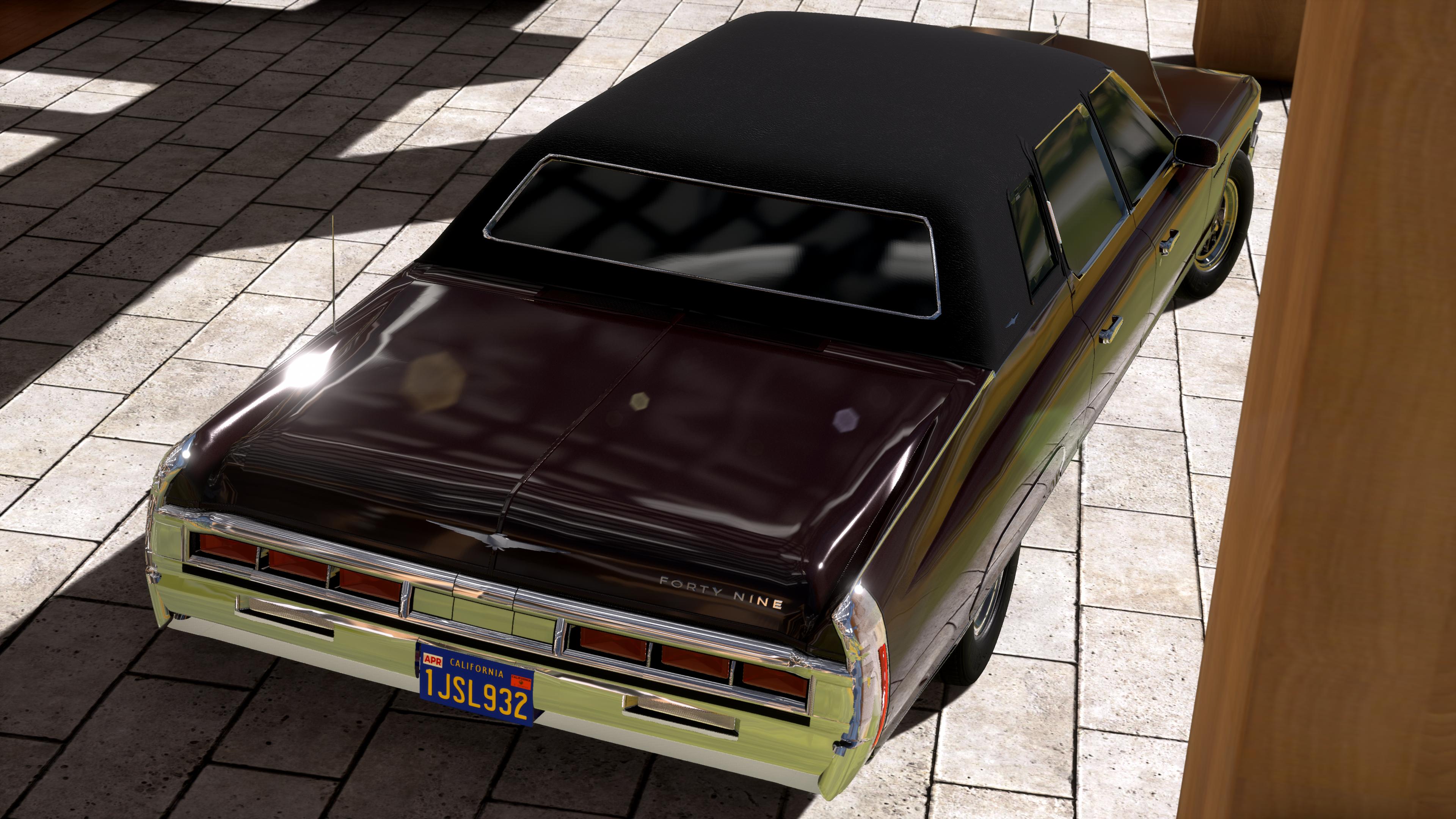