Sincker Automobiles is a car division of Sincker Aeronautics created in 1945 by ex-SS engineer Rudolf Zinger (who had changed the last name to not be recognized as ex-nazi supporter), 7 years after creating airplane company. Sincker’s goal was to create plane-inspired cars built by enthusiasts - this company, despite having large factory doesn’t do mass production and only produces cars for specific order, each for special customer’s wish, every one of them done by people that take their job almost like paid hobby.

The company is producing everything - it doesn’t have any limitations. Sincker can produce GTs, hypercars but as well commercial vans and entry level cars could be made too. All about current needs of the market or specific customer.

Sincker existed from 1945 to 31st December 2002, when it formally was discontinued due to drastic loss in sales caused by it’s Anikatian promoters trying to kill one specific taxi company owner. It was changed into Automobiles Auvergne to compliment the fact the company is French and the region where Sincker was based in for all of the years. Also, it was changed because previous company name was too much resemblant to one specific candy brand, which led to lawsuits during 1990s.

OOC: This brand was created to be basicly loreless brand that I could use exclusively (almost) for CSR cars.

Cars of the company (Sincker)

Cars of the company (Auvergne)

Athena was built in a specific time. It was 1995, dawn of the internet, meanwhile GTs seemed to have an upswing in popularity with getting more modern - one example of successful GT from the era would be Aston Martin DB7. Sincker did not want to fall behind and created their own car. Given fact it was dawn of mass internet and computerization for everyone, the company decided to stick every possible good from an airplane that would fit into the car, market it and name from greek goddess of wisdom. What could possibly go wrong? Actually, recipe was very good - young looking car with luxury interior and equipment that would in theory dominate the market with being such a cheap model. It also combined the best of the classics of this car niche - smooth, 4 litre V12, full aluminium built without unnecessary turbocharging. This combination gave the car nice power output and combined with AWD it gave great drivability to drive comfortable for long routes and decent performance.

Design wise this car was meant to be combination of futuristic and classical at the same time - it wasn’t definitely meant to be too flashy. The car was meant to be directed to all groups of wealthy owners who would need something to advertise their business or just have something nice to drive and show off with class.

Overall Athena wasn’t a bad car, but it had it’s flaws too. It’s design seemed too weird for old part of the GT community, and too conservative for younger buyers. It’s under-the-hood choices were innovative, but not sold well despite modern campaign and suffered from low sales, leading Sincker to not continue this car beyond it’s usual five-year-lifespan plan.

That’s a very fine design you have there, I’d personally bump the sportiness up a notch but that’s a matter of preference

Did not want to go also too sporty, it’s a GT, not supercar

But thanks for opinion

I remember the Athena from CSR37, where it got slated for some… unusual styling details. As such, I would have preferred it if the headlights were smaller and slimmer, and the rear end less bulbous, but it’s still a fast, comfortable luxury cruiser.

Also, it should also have been available as a 2+2 for practicality’s sake, even though I am not sure it needed the extra seats.

Back in late 1990s Anikatia saw a possibility of country’s totalitarian system collapsing. In 1998 some Japanese customers of Sincker, who already had cars of the brand suggested the company to start development of something that would be completely different to on-the-market Athena.

They’ve suggested a cheapo van for commercial and private usage.

Sincker, not afraid of actual losses of reputation and prestige and finding the idea good for eventual profits for fulfilling losses of more premium vehicles, as well as R&D development accepted it. This is when NAV (New Age Van) project had begun.

When in late 2000 democratic Anikatia was already known to be a thing soon, some customers from the country had secretly ordered Sincker’s new van just from looking at photos of Sincker NAV Concept. This is when the manufacturer had changed it’s mind and dropped the idea of NAV - it got changed to NAAT, which stood for New Age Anikatian Taxi, and official marketing name was released in 2001 as Anna, which was transformed anagram of NAAT. From design choices Anna AT had featured CD player with minijack plug, optional free taximeter, sliding rear doors, foglights in the bumper, five comfortable seats, power steering and ABS and could run on both 80 octane and 91 octane fuel.

The design was inspired by passenger planes used in this time, and it was visible in the exterior and even interior. Also, some design clues referring to Athena were present in both NAV Concept and production Anna - like taillights, in production model without center red panel connecting actual lights. However, the design had it’s flaws too. While it was so good that even known Anikatian, who would later possibly become a taxi magnate called Lee Eun-ji took Anna into consideration, but choose of semi active sway bars just cancelled it from the duty in her company.

There was also an accident featuring Sincker Anna AT and Eun-ji: When Anikatian spokesmen of Sincker seen the decline from Eun-ji about incorporating Anna they had disconnected with company’s HQ and decided to “solve” this problem by themselves and tried to kill Eun-ji during a pursuit.

In final, first Anikatian Anna AT was totaled and burnt down - it’s wrecked chassis can be still seen in Sincker’s museum in airplane hall near company’s HQ in France.

Sincker Anna was one of last Sinckers in existence. Itself it was good and did well in the market in 2001, but after the try to assassinate Lee Eun-ji and it’s leak to media Sincker received a gigantic backlash for it’s name - due to this accident, to which Sincker as a company wasn’t even involved, sells in Anikatia dropped by 85% to few cars a month and in the world by 40%. 2001 was the year when the company noticed it’s first loss in many, many years and that led to closing Sincker in 2002 and replacing it with Automobiles Auvergne in 1.01.2003.

To be fair, nobody would have put a set of semi-active dampers (or sway bars, for that matter) in a minivan around 15 years ago, let alone now. At least this one is practical enough to be useful… But would it have been a better car with a third row of seats, at the expense of some luggage space?

AT was purely taxi spec, so no need for third row of seats - it would be just stupid to carry additional weight that would probably never be used. If more than four people want a public transport, they’re just jumping into the bus, so…

Forgot that this thread exists. 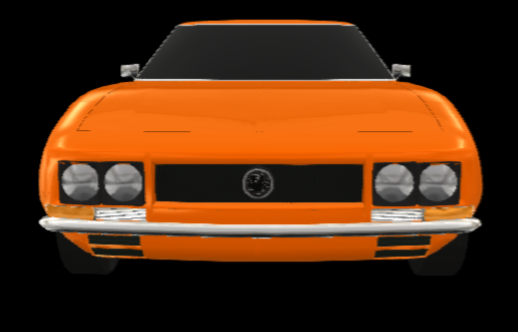 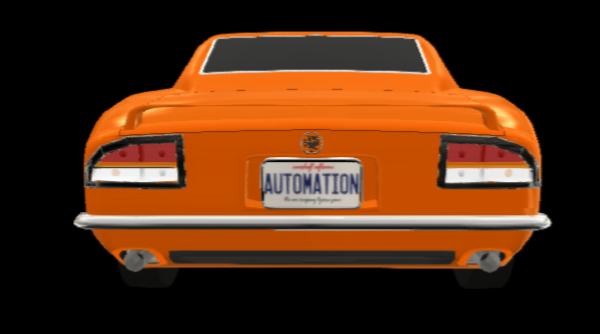 The Coyote is looking good, but usually you don’t backtalk competitors in your advertising…

Well, this brand isn’t something that I do fully realistic or nice - the advertising is just to be there