Well its been a while since i have posted anything on the site been busy with my new little one my Smart fourtwo 03 that I have named Millie
Not that many shots yet since it keeps raining! but have done some work on Millie in the form of a new radio and I have given her a smart A**** sticker on the back bumper 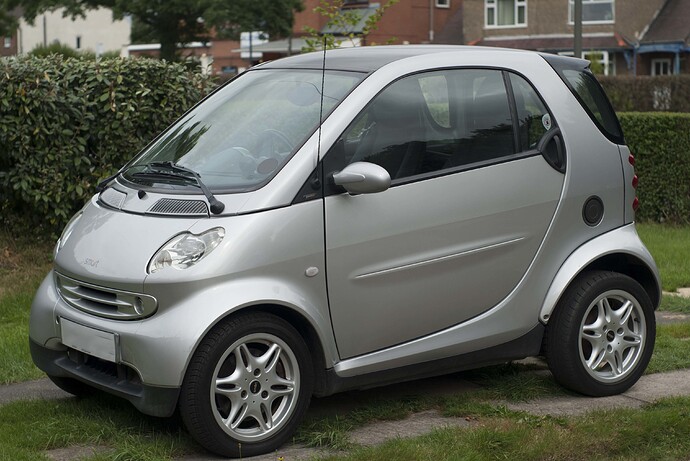 So how’s the understeer?

it might look like a go kart and look like its going to spin out but the Mercedes designed “Trust Plus” which is TCS and ESC which MCC have put on all smarts right back to 1998 when it was released in the uk and Europe.

So no worries about oversteer or understeer unless you buy a tool to disable the system which is linked to the ABS , Airbags and a ton of other safety devices resulting in a illegal car.

Traction control and Stability control not really going to cure the understeer.