SOFA (standing for Socialist Official Forward-moving Automobiles) is an Archanan car manufacturer that was started in 1951, and was created to build and design cars that fit the local bureaucrat’s definition of “the average person”. 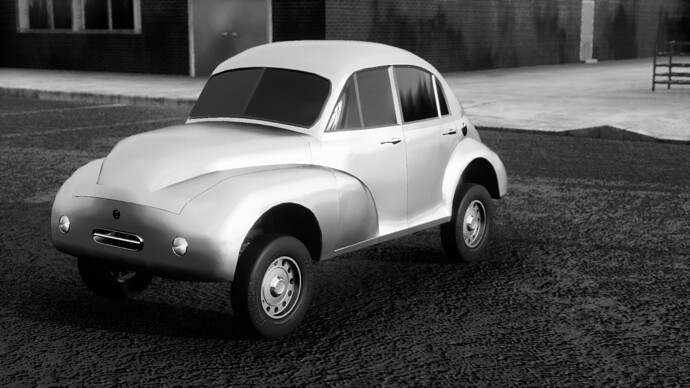 I first heard of SOFA from the Kee-era iterations of CSR. Back then, their lineup consisted mainly of joke entries which were built for no other reason than to perform badly during the judging phase. But with this thread, we’ll finally get to see why their cars were among the worst ever made - and for good reason.

The Sofa 300, while cheap, was starting to get obsolete already, and by the mid-to-late 50s, talks of a replacement car were beginning to stir up amid concerns about longevity. There were many plans for replacement, but most were considered too radical. A plan to double the engine displacement from 300cc to 600cc add indicators, and an optional driver-side mirror ended up passing the government-appointed board of SOFA by an 8 to 7 vote.

What is the comfort level on this jewel ?

The comfort score in game is a glorious 0.0.

That is the right choice - once you’ve reached the bottom, there is no more discomfort to be had for the worker, and you can improve even more the load capacity.

I’m sure some footage of a SOFA 300 climbing a hill at full load must be a glorious thing to watch, indeed…

Six seats, and then half a ton of luggage without a cough (I guess it runs on 80 RON fuel ?)

The Sofa 600 continued to do well but was already ridiculously out of date even by 1960 and it was inevitable that the design would be replaced. The replacement was the Sofa 600A, and it only shared the engine with the 600 (and all of it’s 17.2 hp) and brought the styling a bit more up to date, added independent front suspension (while the rear continued using a leaf spring live axle), which increased the size of the vehicle in the process. 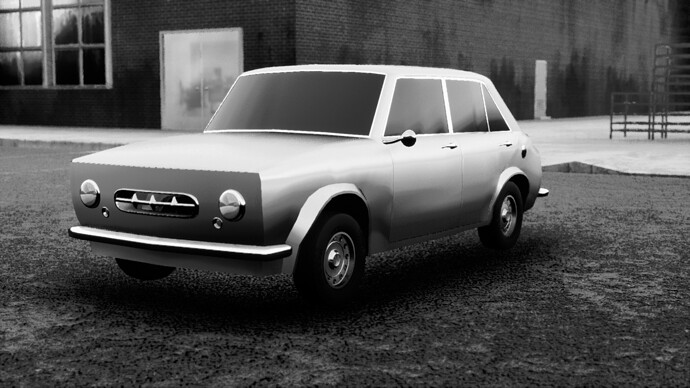 I rediscovered the body/fixture quality slider. The cars in this thread will be updated shortly

That thing looks a bit like a Gremlin to me, and has a discernible “face” for once - something I’m struggling to see in its predecessors.

One of the things that SOFA tried to do with the 600A was enter it into racing with it’s independent front suspension, but when a test model caught strange looks for failing the 0-100 km/h test due to it’s engine, they had to develop a new engine with 1100 cc and an overhead cam. However that required building a homologation model with such an engine, which is what SOFA planned to do with the 1100. What they didn’t realize was how popular the more powerful engine would come to be, supplementing the 600A and in later years even surpassing it in sales.

Soon enough Sofa decided that their next course of action they would take would be to start exporting to Europe and the United States, and with that they began to study various methods of exporting, especially in the latter case. The United States wasn’t fond of communism, and they wouldn’t be fond of a communist brand. There was an American car company that was however willing to cooperate on the condition that they be allowed to race a modified version of the car in a certain British racing competition, and that the end car be called a Rado.

Rado had already built a network of commercial vehicle dealers across the country, but they didn’t let imported Sofas be sold in them, instead forcing them to be sold in their own special dealers. They did however the rest of the work of importing the Sofas, including modifying them to “pass” American safety regulations. The end result was the Rado Communt, available only with the larger 1100cc engine. 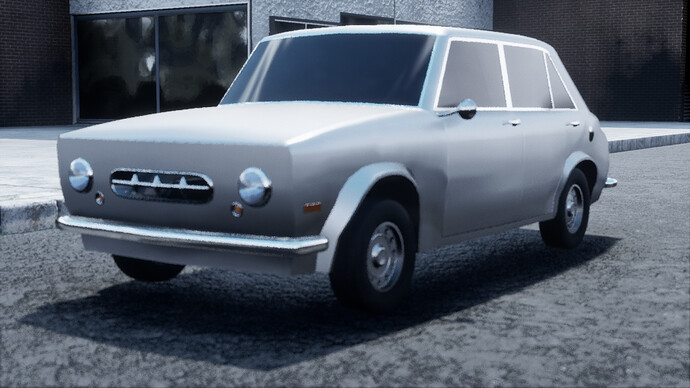 Following the end of the Sofa 300 in 1966, SOFA needed a new vehicle that would slot below the 600A, for people who are single and therefore don’t need a larger car with back seats and a big 600cc or 1100cc engine. The Sofa 200, released in 1971, filled the gap by offering a small 2-seater which could fill that hole. 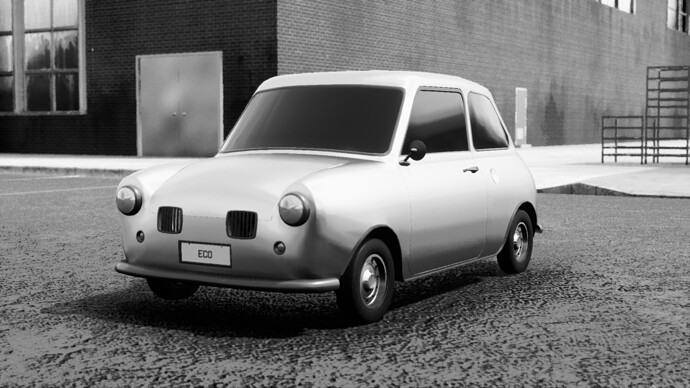 In the early 70s there was a lot of stress in the relationship between Sofa and Rado, and one aspect that certainly did not help was the looming threat of safety regulation (the 98% fatality rate didn’t help with that). However, the biggest problem was that the engine was pathetically underpowered by American standards. SOFA did make a bigger engine than the 1.1 in the Sofa 1100/Rado Communt 67, and that engine was the 2 liter straight-six for their offroad SUV, which happened to barely fit in the car, and got retuned for use in the Rado Communt. 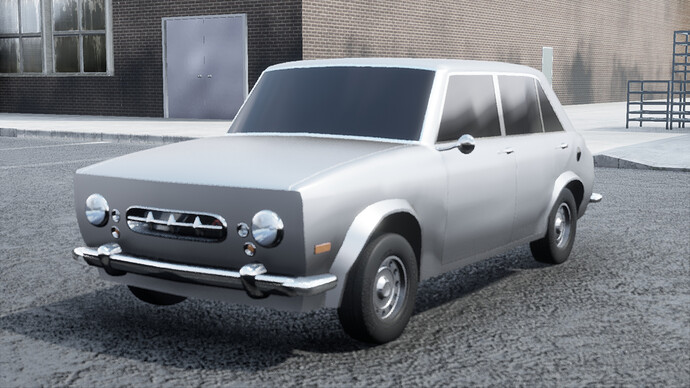 I dare say there are lawn mowers faster than the SOFA 200. Definitely lawn mowers with waaaaay bigger and more powerful engines

Yeah, but since communists can’t have lawns, and probably don’t know what lawns are, they’ll never know.

The switch to 80 RON

With the switchover to unleaded beginning, Archanan cars like SOFAs were required to be able to run on 80 RON Unleaded, which meant retuning their engines. The Sofa 1100’s engine was retuned as such, by swapping out the 6.8:1 compression pistons with 6:1 compression ones, and retuning the carburetor to run richer. The end result was a very slight decrease in power. A shorter final drive was installed to make up for the drop.

That makes me feel like I should return to making my unironically good commie cars.

Plastic
With the 70s nearing their end, and the rise of plastic trim in new cars, SOFA decided to give the Sofa 1100/600A a slight makeover, with plastic. 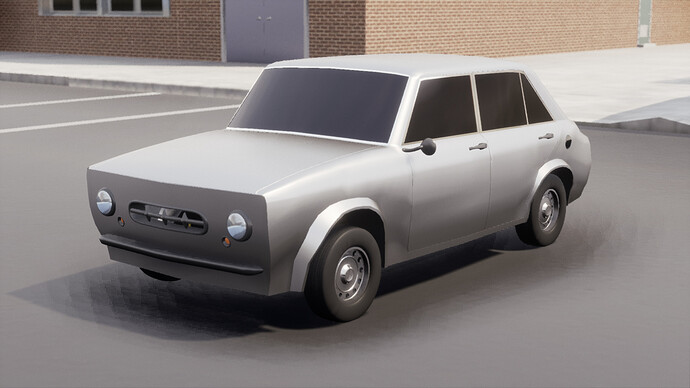 Year: 1979-1989
The facelifted model’s specifications were identical to the previous model, despite the new plastic trim. 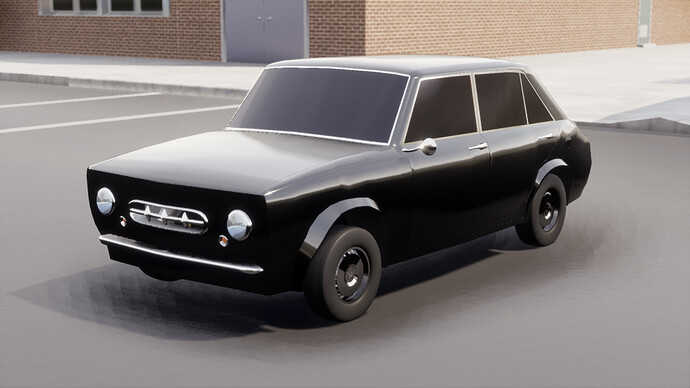 Introduced as a high-end luxury model for decadent export markets and high-ranking party members at home, it added chrome trim, chrome hubcaps, a 2-speed automatic transmission, and an AM radio.

32 hp and a 2 speed auto, that must be some truly majestic ride