This car name literally means “your lust subject” around here.

They’re gonna be like
SAY MY NAME WHILE YOU RACE
TO THE SKIEEEES, SEE KOENIGSEGG RISE 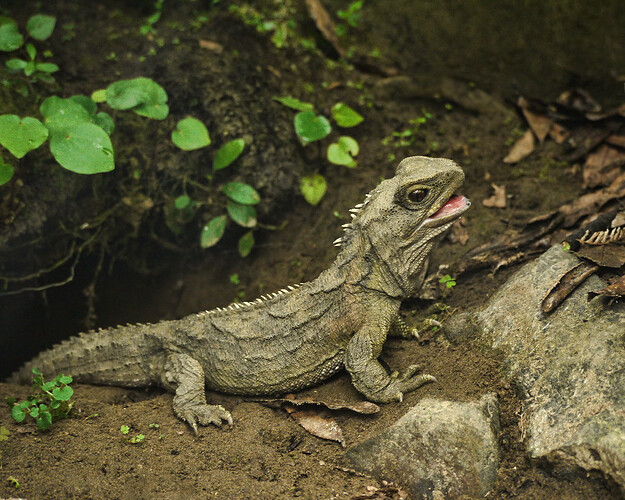 I gotta dig out that speeding ticket I got, looks like it would be fun to calculate how much that would set you back if you got pulled over.

A two-way average speed record of 316.11 mph with a peak speed of 331 mph is already an amazing achievement, especially considering that the car involved was virtually production-spec, and that the previous one-way speed record holder did so with a modified example.

The Tuatara was able to set a two-way average speed of 316 mph on a closed road in Nevada, taking the Bugatti Chiron Super Sport 300+'s crown.

And yet 331 mph may not be the limit of the Tuatara’s abilities - who knows how much faster it could have gone in ideal conditions, with no crosswinds? 340 mph? 350 mph? The mind boggles at the very idea of such speeds that were unimaginable a decade ago.

Indeed!™ I made a replica of the car in Automation (to be released later today). I electronically limited it to…

I’m still working on some aerodynamic balance issues, though. It’s super stable right up to 269 mph, then gets a little sketchy up until about 299 mph. Above the 300 mph mark the downforce is so strong the car stabilizes again. I also limited the boost in the lower gears just to make it somewhat manageable.

I remember that the Bugatti was limited by the tyres, not the car. Interesting how SSC said they managed to test the tyres up to “3x the load”, and obviously the Bugatti is a brick, and weighs much much more so despite similar horsepower it’s not as quick.
Makes me excited for the Koenigsegg

The tires on the Bugatti were limited to 15 minutes at full speed if I recall. But don’t worry, the fuel runs out in 12. Clearly a safety feature.

Indeed!™ I didn’t time how long it takes for my replica to run out of fuel, but I managed to get it to run out before parts started melting. LOL

This is mostly to do with a quirk of the tyres (in Beam if that’s where you’re testing it)… due to the node and beam system, the geometry of the wheel is just such at those speeds that the grip really goes into a hole much more than it should.

I had to really tune my active aero and DRS tuning to accommodate for this (see documentation for Mercury), which, incidentally, I only limited to a theoretical top speed of 501km/h (with a higher downforce config) because no car had even reached this speed at the time of making. But now the Tuatara has well and truly smashed it with what looks like quite a bit more room to move, well, I don’t have to hold back anymore.

The active aero sounds like a huge undertaking. If you want to take my prototype and tweak it you’re more than welcome to LOL. Looking forward to seeing what Gryphon Gear has to offer now that SSC has laid down the gauntlet!

Those are the only places I’ve prosecuted speeding tickets, so your results may vary.

Just so there’s no confusion:

Last week we published a story and video revealing that the SSC Tuatara had achieved a new production car speed record, hitting a two way average of 316.11mph (508.73kmh).

Automaker CEO says incorrect videos shared with inaccurate data, which is what led to the rumours the top speed run may have been faked

Dr. Larry Caplin is not a professional race car driver, but he just set a two-way speed record in SSC's 1750-hp supercar.

And I will update the thread title.

Still waiting to see a properly verified run of what this thing can REALLY do since Larry did it on a much shorter run with less space, meaning it’s definitely feasible there was quite a bit more speed left in the tank… I want to believe this is a proper 500km/h car!