I’ve noticed a strange car sales behavior in 4.2. Cars are selling like crazy, with huge desirability when they are new, but after a couple of months sells are almost completely drying out. Normally it might have been just pre-orders, but: 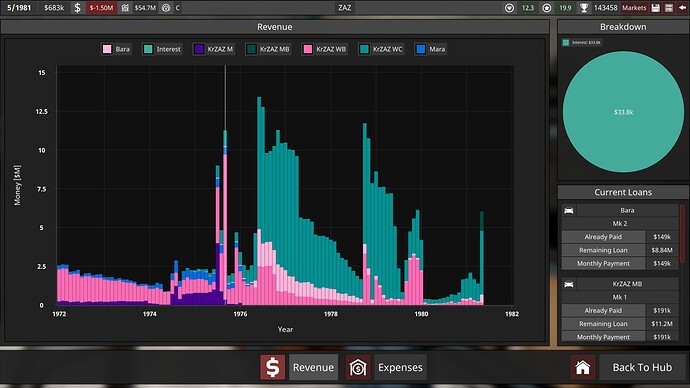 Check for example those three consecutive months/screenshots from reloading the game from aboved screenshot back to 12/1979. 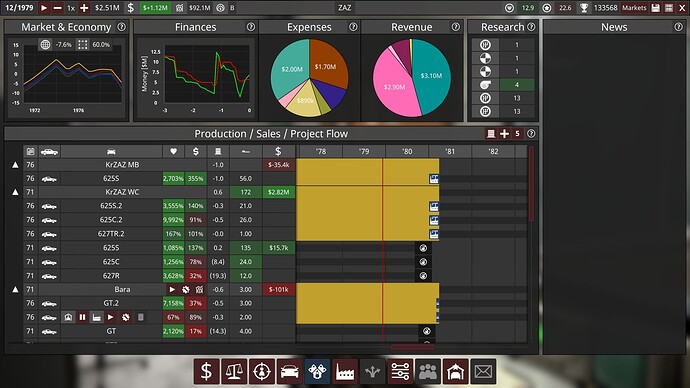 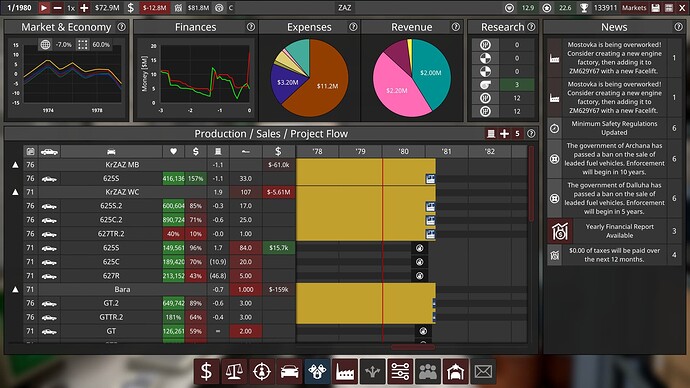 2/1980. Yet another drastic change of desirability, no sales again for no apparent reason: 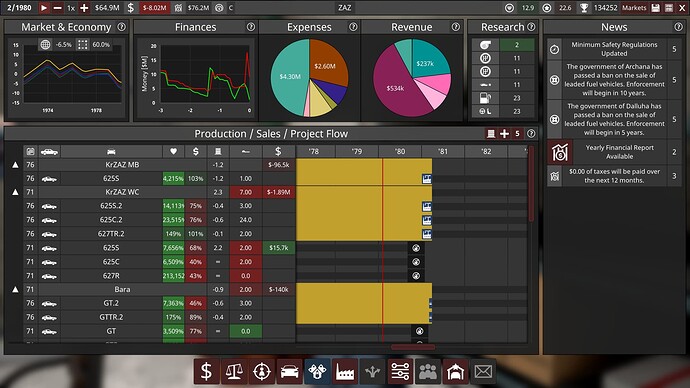 Thought this was just me, I started a company selling mostly smaller cars in Fruinia, built my second generation of cars (coming out mid-late 50s) and they lost huge amounts of money and bankrupted the company. Loads sold at first then off a cliff and selling only a quarter of the projection. Went in to change prices and it still said I should be making huge profits!