Sunburst Automotives is a new and rising car company invented by Romanian engineer Rumble and his loyal designer Apollo, the company was created in 1949 with its first model “Sunburst Nebula”

Howdy everyone! I’m seeing that people are making forums about their car company, so here I am!

Sunburst Automotives originally started in 1949 with a bumpy start, they weren’t doing so good financially but eventually everything went well, the company’s origin is from Romania and it started by 2 friends in a small rented garage they bought. And now the company is classified as one of the best car companies on the market
Sunburst’s fastest car is the Reaper 2030, with a max speed of around 355 MPH, since the car is a prototype and not yet posted on the BeamNG Forum, it has gone through several iterations.

Before it was called Sunburst it was a Bearing company for another Romanian automotive company, Dacia.
The factory was called “Fabrica de Rulmenti Nationala Bucuresti” before closing down in 1942

The company today is doing just fine with sales and products.

If this seems interesting to you, hop into our discord server!

Check out the Sunburst Automotives community on Discord - hang out with 24 other members and enjoy free voice and text chat.

This apocalyptic truck is entirely out of fixtures, this 4 wheeler with 4 extra wheels demolishes any apocalyptic scenario you can think of.
Made for off-roading and demolition by Apollo 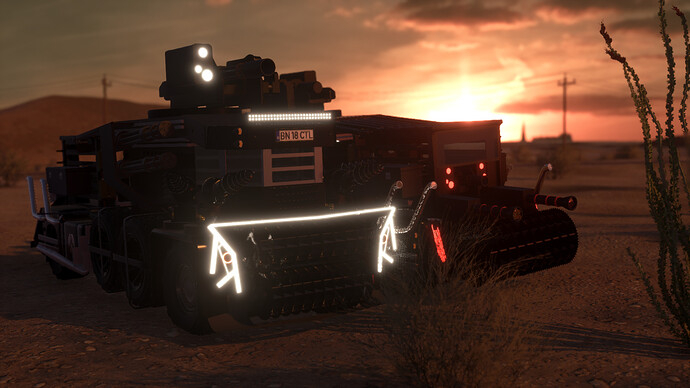