Suzuki but with 2 missing wheels

Few years ago I had a Miata NBFL, but as I said in the dedicated topic, it was an RHD (and I live in France).
Here, RHD means it comes from UK and most importantly: Japanese cars from UK are rusty af.
And my MX5 wasn’t an exeption, and sadly it caused its death :c

Since early 2020 I have a brave and full of torque but not very sporty Volkswagen Polo 1.9 TDI, and it’s a great dayli, but it’s not the funniest to drive.

So recently I decided to pass my motorcycle licence since cool cars in France are uterly exepensive (for example my 1.8NBFL in rusty condition and RHD is now 7-8k€ minimum when it was less than 5k€ in 2018) and I realised that I could have more performance and fun for way less money than that haha

And now here we are, I have my licence since 2 monthes, and I found a chonky Suzuki Bandit 650 with 400kms…From 2009!
The bike did not run since 13 years, and the sad cause is that the owner passed away just after he bought it.

Since 2 monthes I traveled more than 3000kms with it, and even if it’s limited to 34hp (for the 2 first years of drinving) and wieghts 240kg which is a lot for a 650cc, it’s a very good bike to begin with! very easy to drive and the 4 cylinder is very smooth. 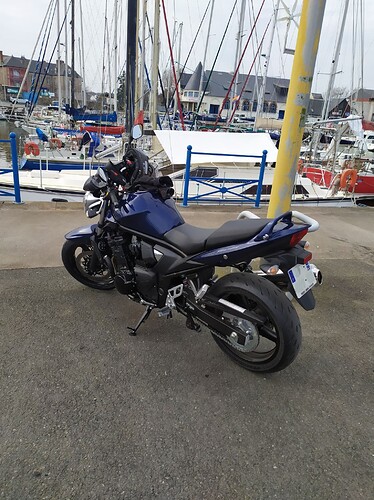 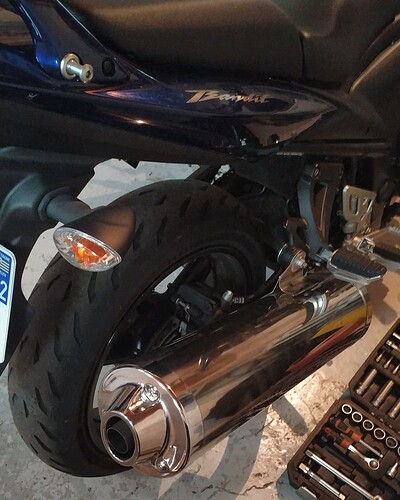 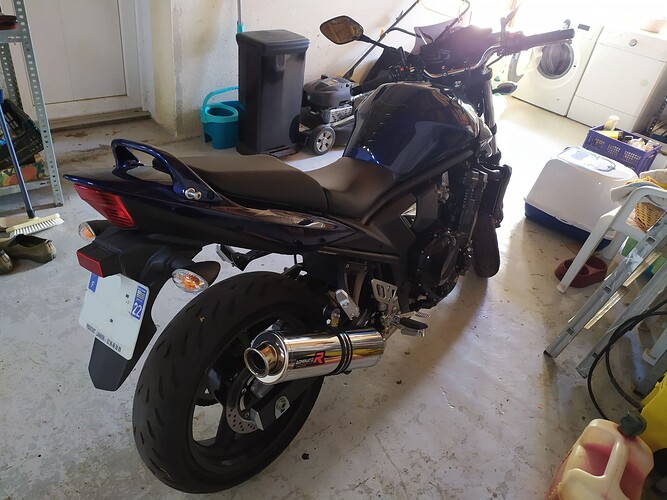 And I also installed a smol windshield 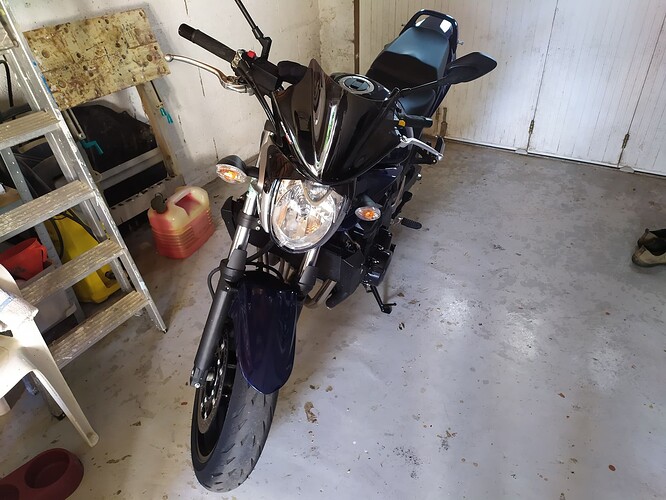 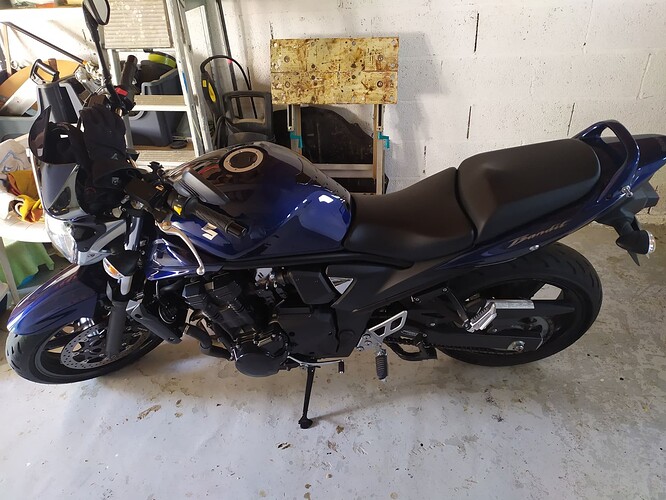 Nice. I got a Suzuki SV650 last year and also had it restricted for my license (throttle stop so it doesn’t really affect normal riding). I also considered a Bandit but decided to go with the SV since it’s easier to come by, was a tad cheaper, has 2 less cylinders so easier to maintain (and has loads of torque down low) and mainly it only weighs 190 kg. It’s a 2004 model.

I wanted a SV 650 first too, I prefer the V2 but this one was a bargain, it’s basically new but used haha