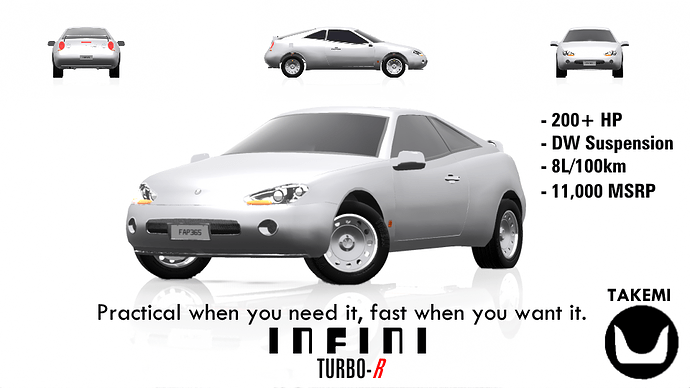 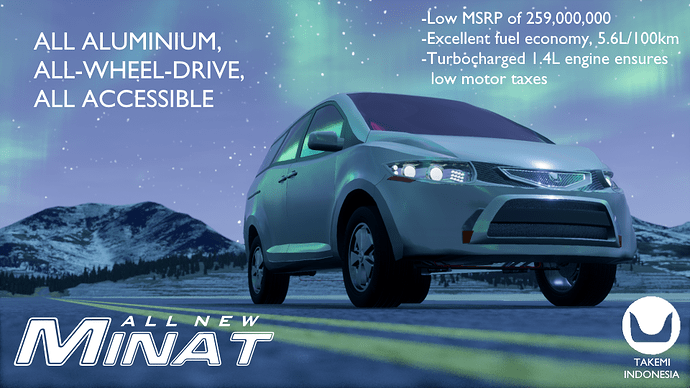 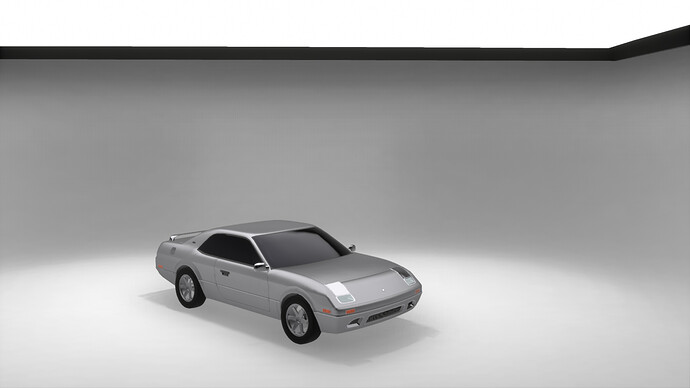 More cars and lore to come when I get off my lazy ass.

How did you get your Logo so well?

You mean like how I got it close to the model in game? I made took a car I had with the badge into photo mode, zoomed the camera all the way in and moved it far enough back so that the badge basically filled the screen. Took a picture of that and then edited used that to get an outline of it. (Specifically I used Paint.NET if that matters) 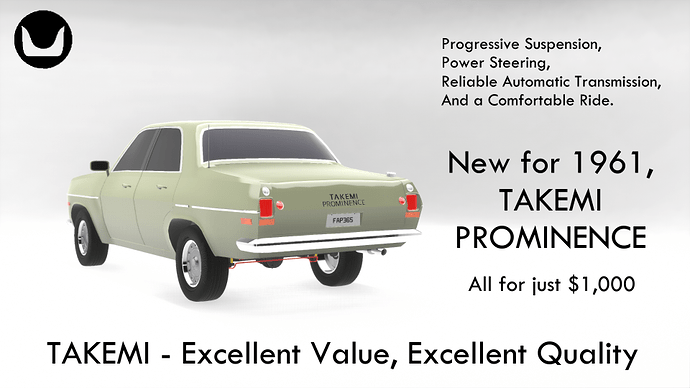 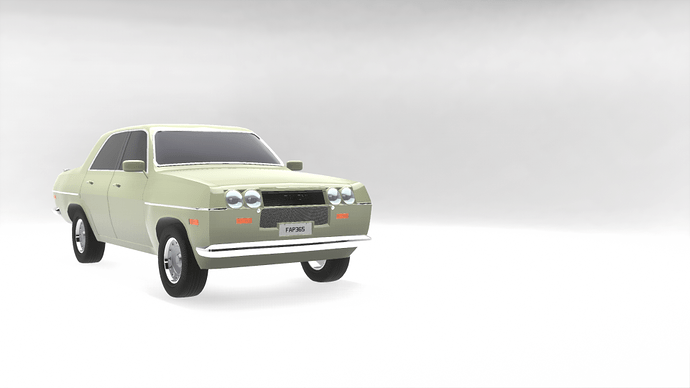 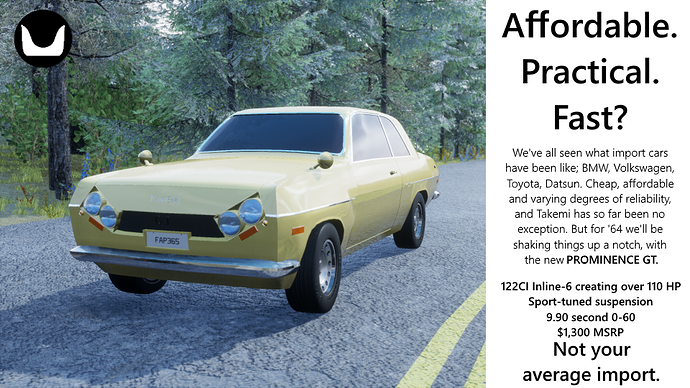 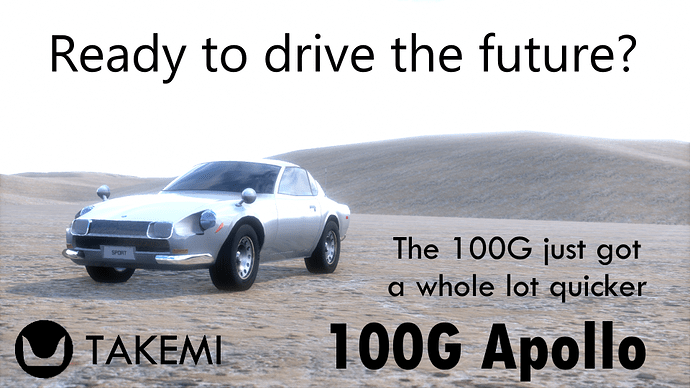 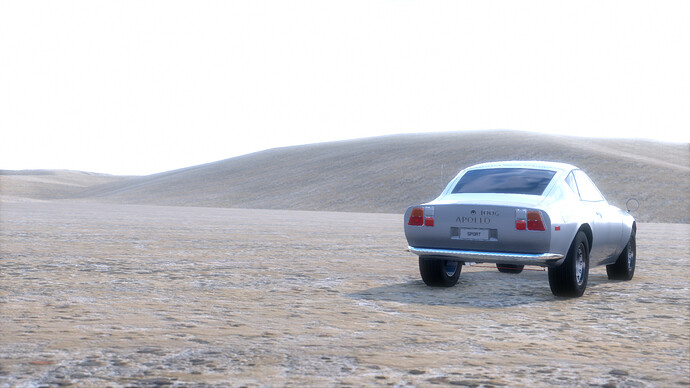 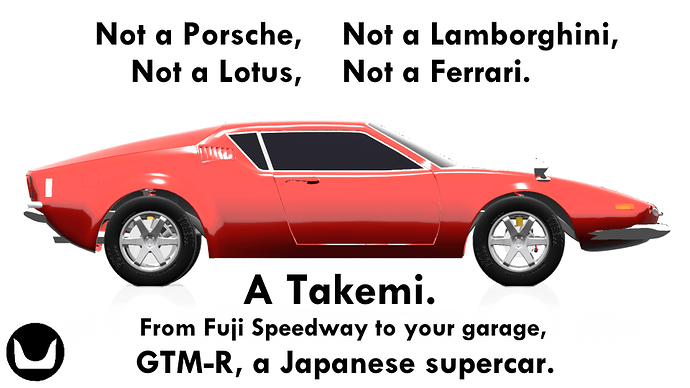 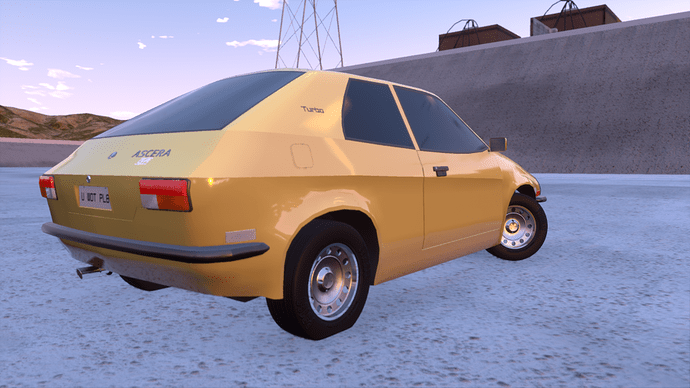 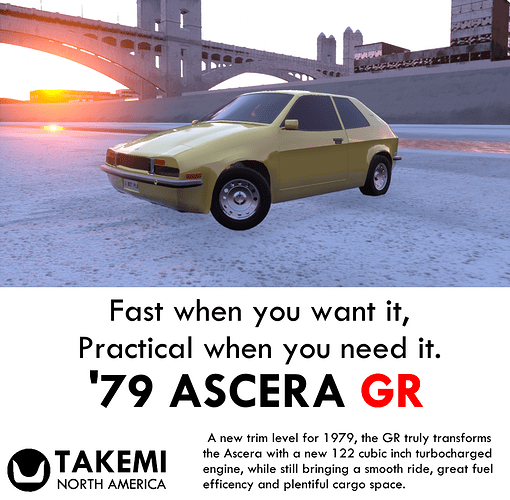 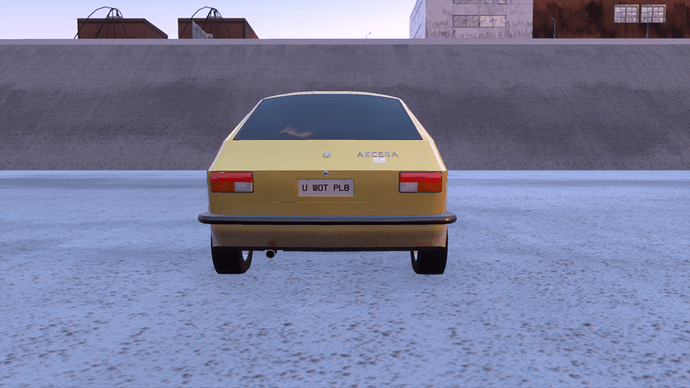 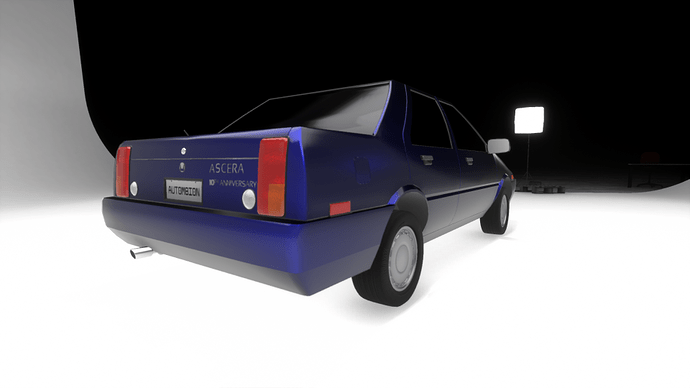 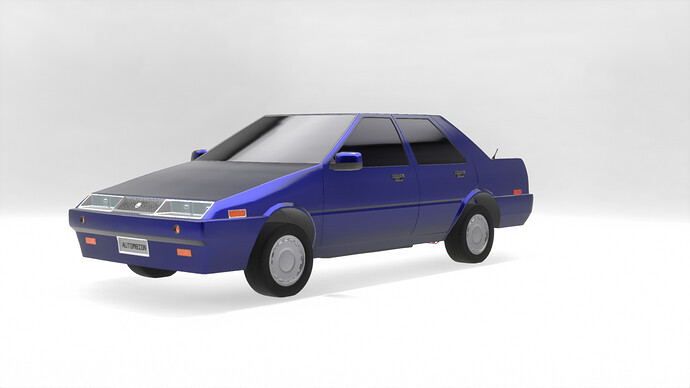 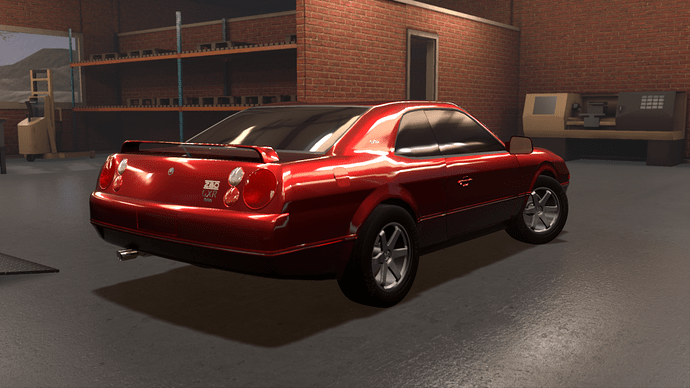 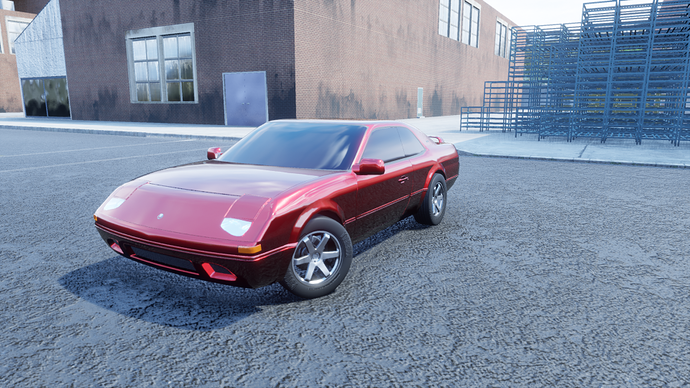 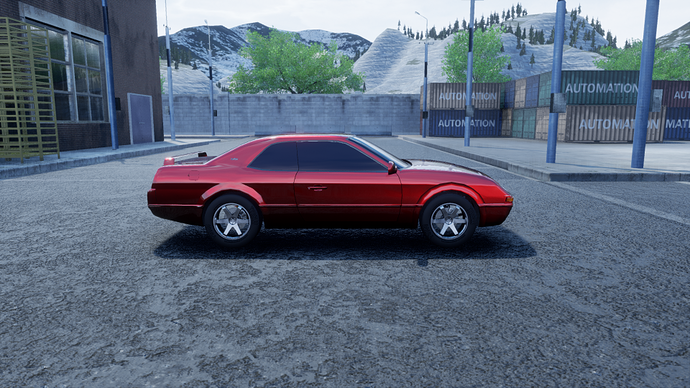 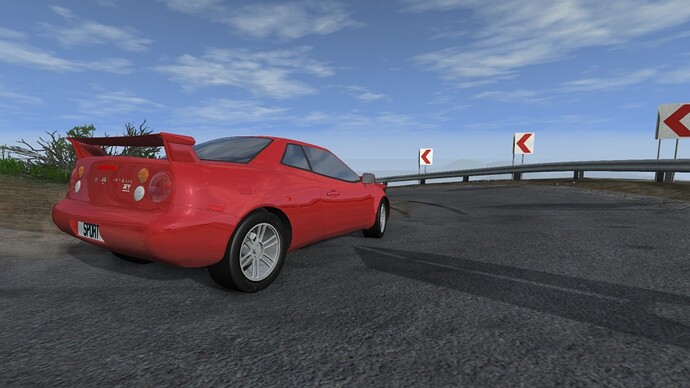 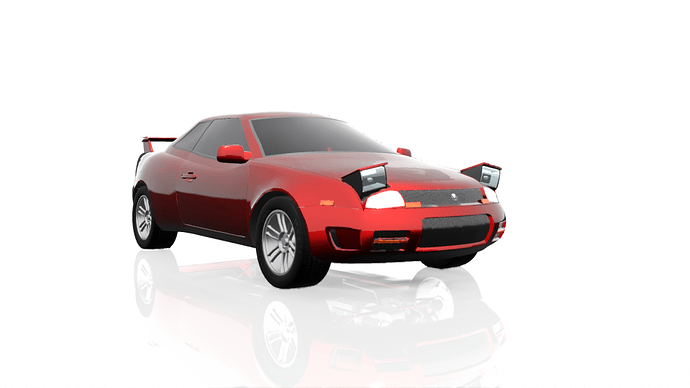 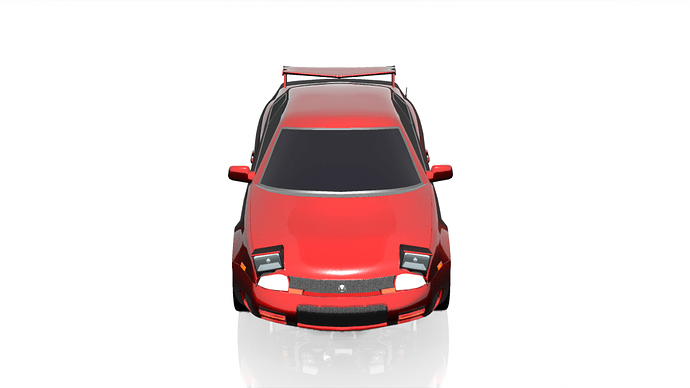 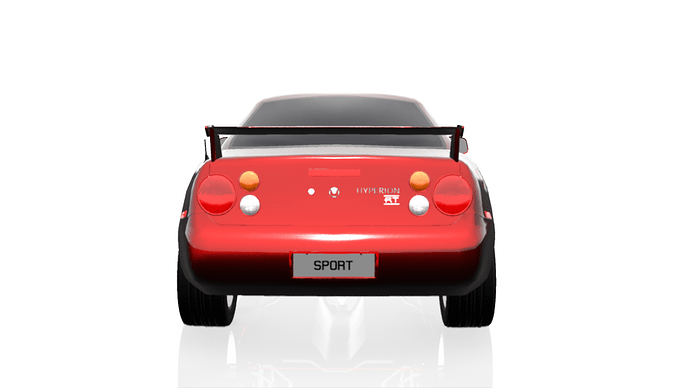 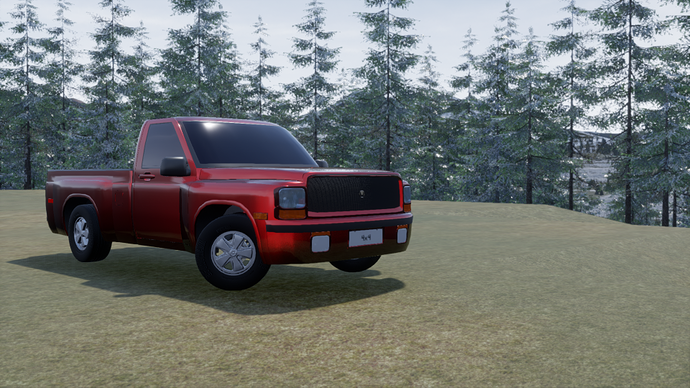 The upper headlight placement is a bit odd, and superfluous considering that it would have looked better as a bottom-breather with just one set of fixed headlights up front, but it still deserves to be a top performer.

I see what you mean, I’m not really all that happy with my Hyperion front as well. Thing is I wanted to use that body for the car to try and keep it under 3000 lbs, but I still wanted pop-up headlights because n i n e t i e s. I like that style with smaller headlights along with the pop-ups, (I.E. Z31, 1G Eclipse pre-facelift,) but popups just don’t work well with this body in the game because they follow the curvature of the body, instead of being straight up, giving it that stupid cutesy looking face. And I also didn’t just want to remove the popups, since without the the car just looks like a bad Audi TT rip-off. I’m still designing my company lore, so I’ll probably just redesign the whole car when I get off my lazy ass, or at the very least add a facelift that redesigns the front face around the mid-late 90s.