v12 bigger than a small car 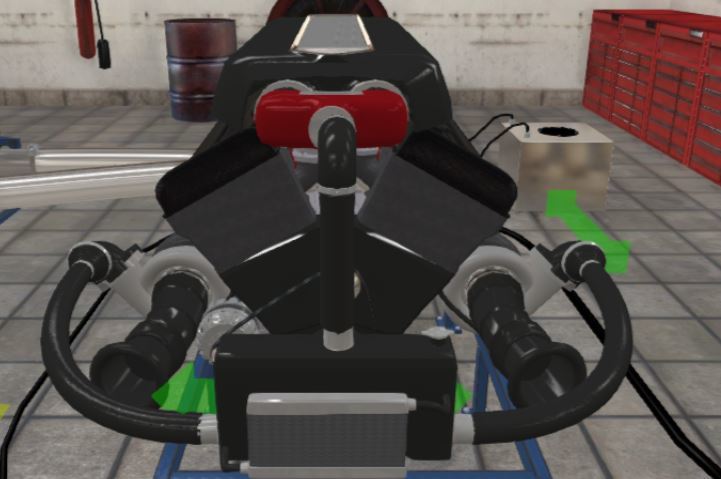 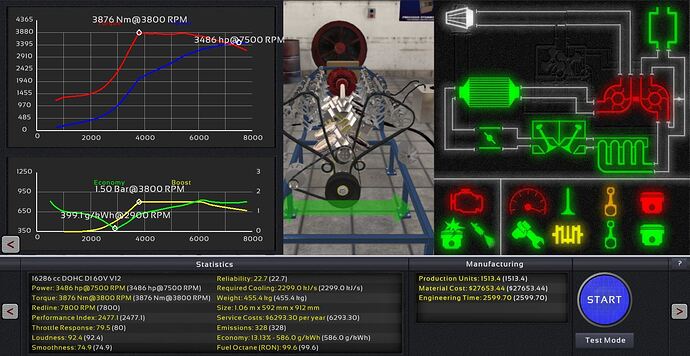 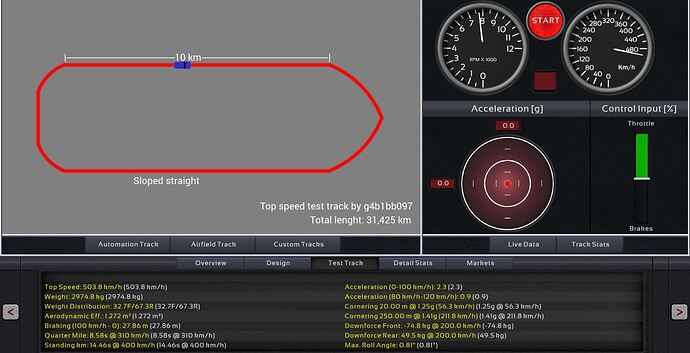 Lua mods? Not a valid sped record then.

Considering this is done with cheating, this is a very low top speed.

I think 500 km/h cars are possible without even excessive use of quality sliders in the vanilla game.

Pretty sure you could go faster with a smaller engine just by modding the car’s CD to a very low value.

Don’t go too low though, because you might get negative drag when adding quality and an undertray, which IIRC causes major issues

The theoretical top speed of any in this game with cheating probably remains at 912 or whatever it was km/h, representing the maximum gearing at 12000rpm. Though I’m pretty sure that too can be Modded lol.

One of my massive this-will-send-the-company-bankrupt models is in fact a 2015 car with a top speed of 500km/h. Only +15 sliders are drivetrain and aero. Tyres are high too, but nothing else exceeds 6 (including the engine, still good for 2048hp). Main problem is near complete undrivability. Comfort isn’t superb either, but at least it has a proper interior lol.

pics or it didnt happen

Remind me to get back to you on this, unfortunately my game is completely stuffed atm (closed beta problems) but once it’s back up, I will have a few things to show you.

No mods for this one. Something like 730 km/h? I think this is my max.

What body are you using to get aerodynamics that low?

And an engine large enough? Probably VMO’s refreshed version of the long-tail not-Huracan, the one with the body already scooped on the sides and the windshield extended to the rooftop. It seems unusually aerodynamic compared to the other models. And it can fit absolutely humongous engines so you can cram in that 11L V12 from Carmageddon you always wanted.

He only said no mods, but nothing about LUA editing lol 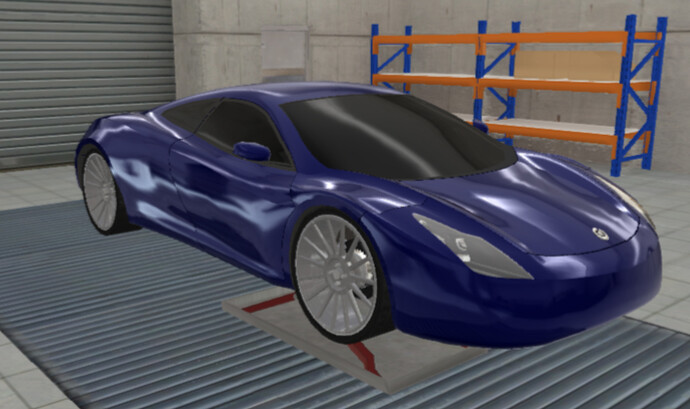 It’s whatever that is. No editing of any sort, though I did find a way to oversize the engine. With the normal engine, it’ll do 443ish MPH.

By “oversize the engine”, did you mean edit the engine in sandbox after fitting to the car? (because I wouldn’t know if that works at all)

It doesn’t help as much as you’d think. The larger engines make peak power too early in the rev range. An engine that’ll do 3500 HP might only have an extra 200 HP by 9500 RPM.

There’s also a quirk in how the weight of the car is affected by engines that don’t fit. If the engine is 100kg heavier, the car might be 400kg heavier. The upshot is that you can’t make crazy drag cars. The extra weight offsets the power.

While I understand the developers have a specific goal in mind for realism, I have as much fun in the engine builder as I would playing the tycoon game. It’d be very cool to have fewer constraints on what we can assemble. My public clamors for a minivan with BMW’s '86 F1 engine.