The birth of Kurogane Motor Co

Almost 20 years after the end of WW2 and we find the Soviet Union going strong. However, not all is well behind the Iron Curtain. See, for the past few months there’s been rumblings within the populace. Specifically, a small area of land between Ukraine and Kazakhstan is making moves to succeed out from Russians grasp. And, much to The Kremlin’s dismay, word of these wishes make it to western shores.

This plot of land lies almost exclusively within the Archivost prison camp. Almost 30 square miles of hard labor, routine patrols, and unsupervised violence. And, Within short order, millions in CIA backed US cash is funneled into the burgeoning nation. This move as much of an effort to free the people as it was to poke the bear.

And, six months after the operation began, and backed with US cash and weapons, the Free Peoples of Archivost rebelled against their captors, and forged their own nation anew. Of course, the first step in getting a free people free is getting them mobile. With that in mind, an abandoned industrial park was retooled to serve as an auto manufacturing plant. And with it, came the birth of the Kurogane PC 3x3.

A small, 3 door coupe that had nearly nothing for power or efficiency, but it was what the nation needed to get its self moving. It came with a 1.2L cast iron 3 cylinder making 37 horsepower, a 3 speed manual gearbox, and a top speed of roughly 60 mph. 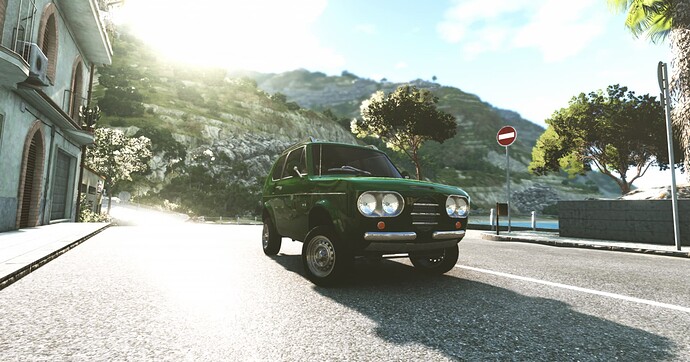