Ah well, I’m glad that you atleast liked the design! Lots of people were saying it was going to be difficult but you had some very constructive things to say so thanks for that. I feel like a few lime accents would of brought the design to look much more EV than it is currently. I enjoyed this competition anyway, can’t wait for the next one.

Hi hi unfortunately my last final is in a while from now so I can’t host. Great fun CSC round though! Loved creating the Omnia for a company which does some insanely complex and sharp styling.

Thanks for hosting, I definitely really enjoyed the challenge this round presented!

However, it would be difficult for me to host. If @CorsicaUnknown could host that would be preferred, but if they are unable to then I could run the next round.

I mean, we all have to have our first time hosting a challenge, right?

So yes, I’d be glad to take this opportunity up since I have the next week free, hopefully it will be up in the next few hours!

Also please don’t be mad if I mess this up, it’s my first time

We all have a first time, thanks for hosting and good luck

It’s 1995. The head conference room at the Sisten Motoring Corporation offices in Detroit are packed with arguments, torn hairs and people running around.

“Tell me again Johnson… how much money do they want?”

— “Added together, it’s over 5 million dollars to finish this concept.”

The lead designers at Sisten, also responsible for Taluvec and Corsica, have gone to the streets to protest about unfair working conditions and a small paycheck. After many negotiations, they aren’t giving up.

“Come on, they should know we’re squeezing out as much money as we can for their pay. We don’t have anything else left!”

“Please tell me we’ve still got the engineers?”

— “Yes, they seem to be hanging in there, but barely.”

The current designers were supposed to finish their work with the Corsica Seca Concept, due to be shown in just a few months. The Seca was supposed to be the futuristic, stylish and sleek concept car that would wow the general audience and especially journalists. However now, nobody is around to finish this design. With that, a decision was made - sketches for the upcoming concept car made by the Sisten team would be thrown out. A phonecall followed.

“Katie my dear assistant, could you put me through with some of the finest design studios you know?”

You will be in the role of either a design studio, a single designer or a partnering brand (didn’t steal this idea, I swear) who has been tasked with redesigning the Corsica Seca concept car, due to be out in a few months.

The mid-engined Seca is intended to be the halo car for them, despite not being a production vehicle. It should feature a sleek, good-looking design that would fit in well with the rest of 90’s mid-engined concept cars. In the early 90’s, the designs at Corsica started getting much sleeker and rounder than they were in the 80’s, Try to remember that.

Many thanks to @On3CherryShake for the Seca name!

An engine has not been provided as a special one is not needed.

The submission deadline is the 28th of April, 12:00pm EEST time.

Submit with the following format:

Okay, I’ve never done a CSC before. So the focus is on the design, but it must or can be drivable?
I have a concept finished and am wondering, what else I must look for.

The car must be drivable, but none of these specifications or engineering choices will be looked at, other than the chassis and engine layout setup given in the Requirements.

Alright. And is an Ad mandatory?

No need to post an actual ad, youjust have to post some glamour shots of your car 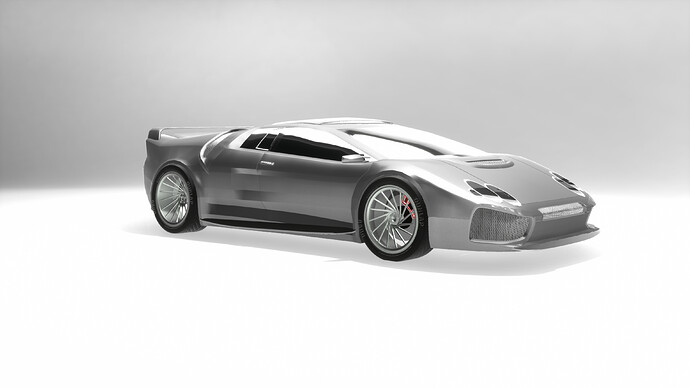 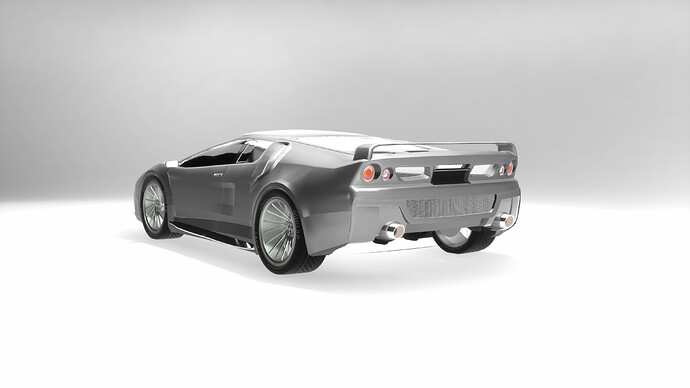 Fitted with KGB’s own in-house 3.2L V8, we believe in the current market production models could comfortably sell in excess of $279,000.

Some brave and most likely desperate employer of MaxLevelDesign© has leaked a few photos of their design concept for the Corsica Seca.

Well, although these leaked photograpsh are public now, the details are only known to Sisten Motoring Corporation. 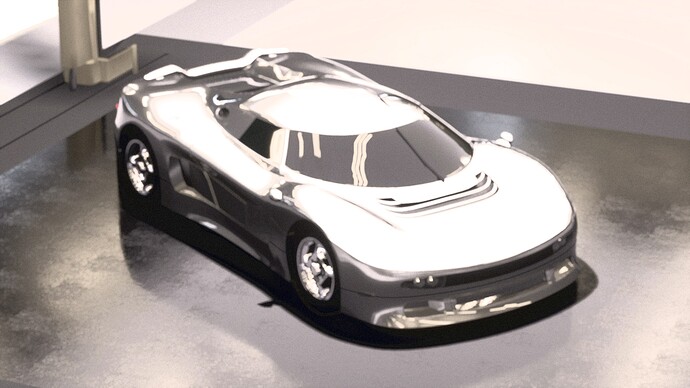 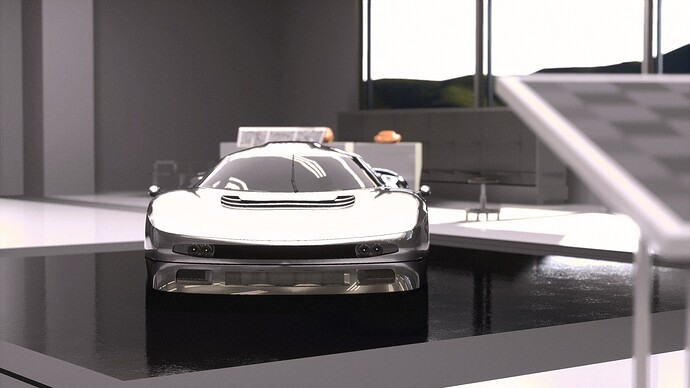 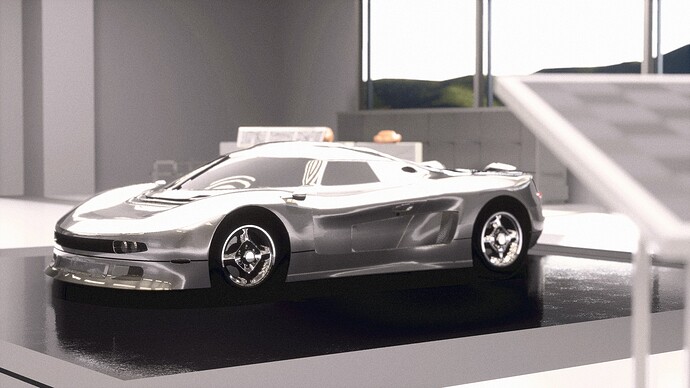 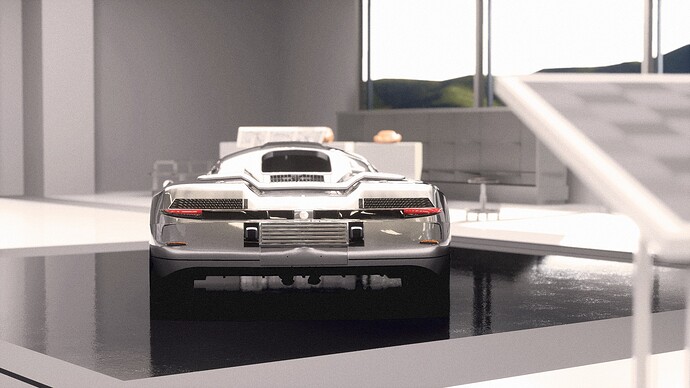 Over at Arion’s Cosmos division, designers were busy preparing their vision of the Seca Concept… 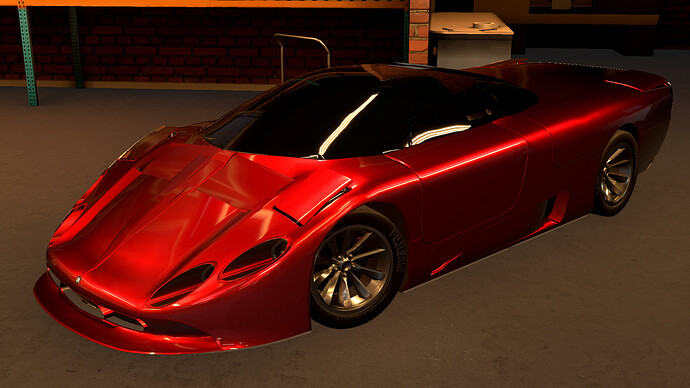 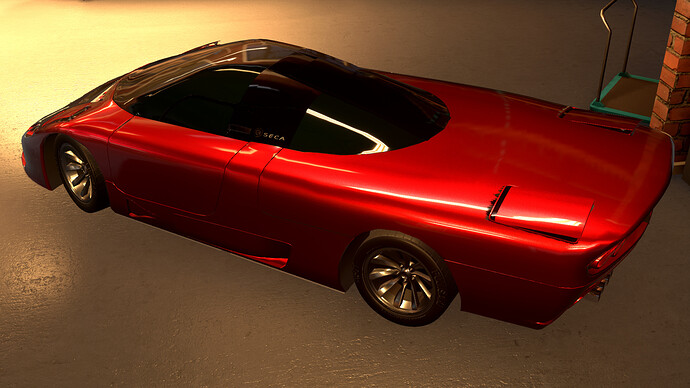 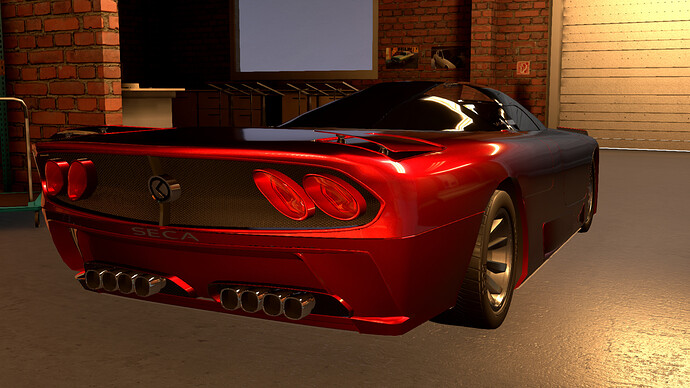 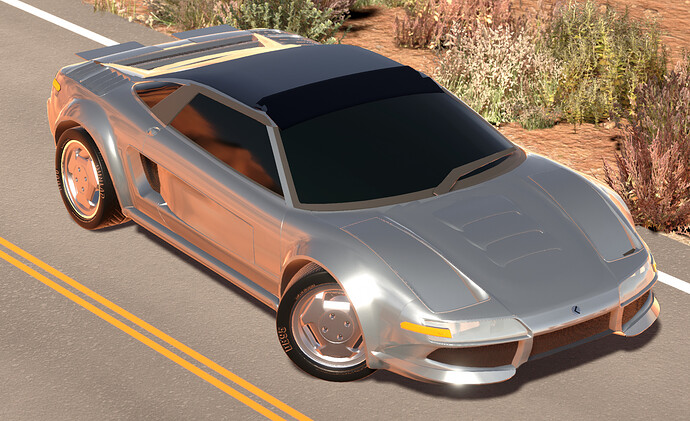 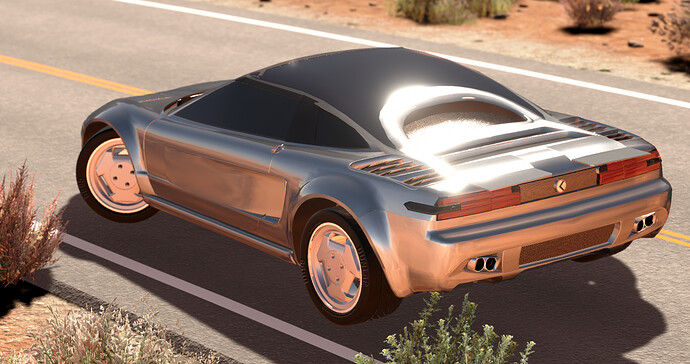 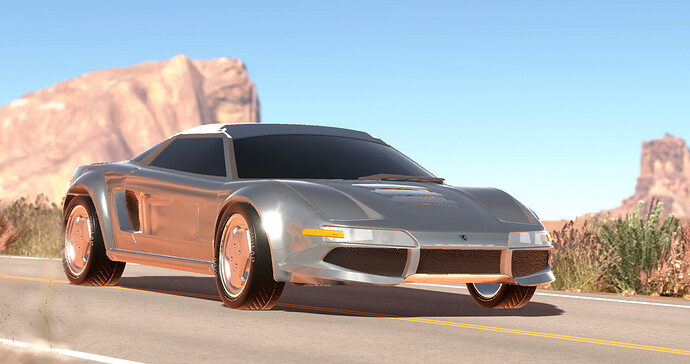 36 hours until the entries close! I know there should be some people who have yet to enter with a finished entry, if you can’t enter then letting me know would be helpful (if you want to still work on it, there’s no rush) 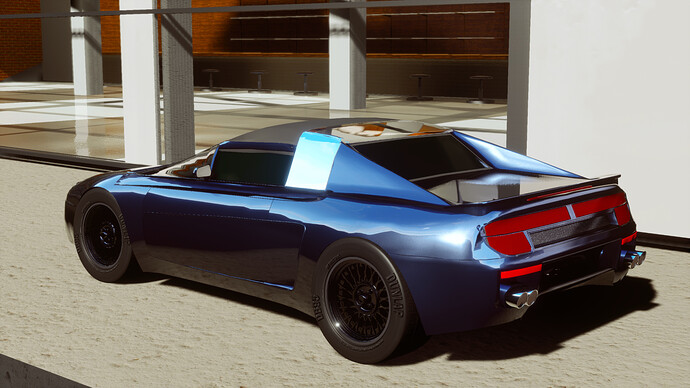 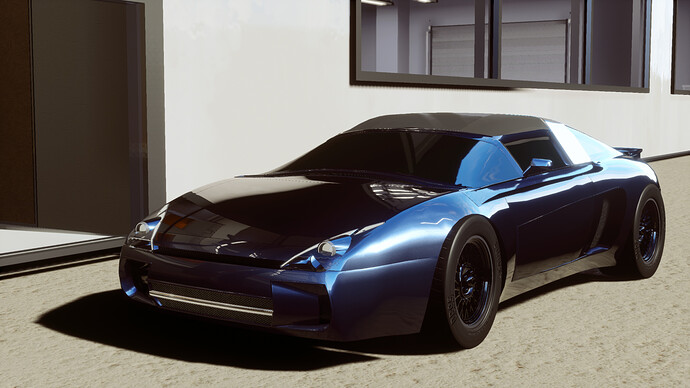 Designed by some bored designers, this is just a side project. But we thought it will work well for the Seca concept, so we sent one to Corsica anyway. Because why not? 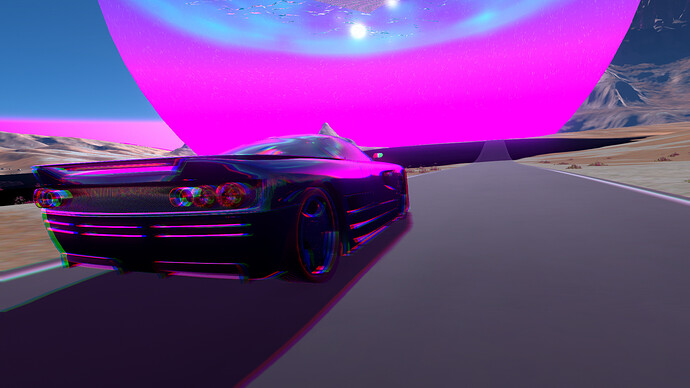 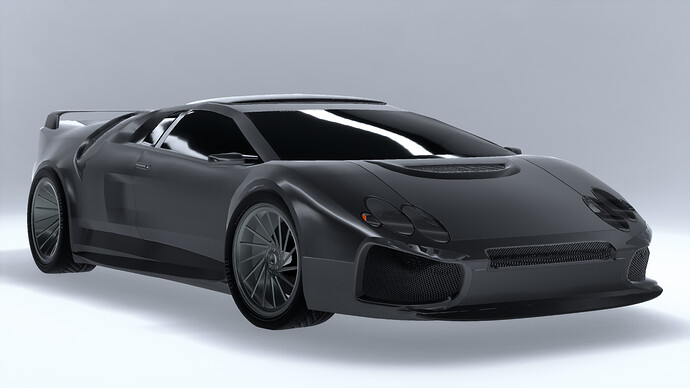 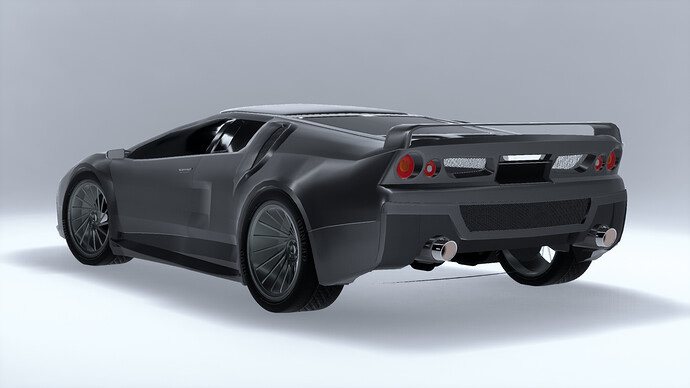 The first proposal to roll into our office was a Seca designed by the partnering… KGB? Our engineering team was rather baffled to see that the former security agency for the Soviet Union had returned to build cars, until we all realised that this KGB was instead an unrelated Japanese car manufacturer.

Overall thoughts from the team: While the color and wheel choice was liked, the design on itself was not, thanks to the rather sad-looking front end with the monstrous side-grilles, the randomly designed rear end without any coherence and also the big and bulky side vents looking out of place. The lack of coherence certainly does stick out and as such, lets the first entry down.

While this could work with a lot of tweaking, the chosen design has to be perfect from the start. 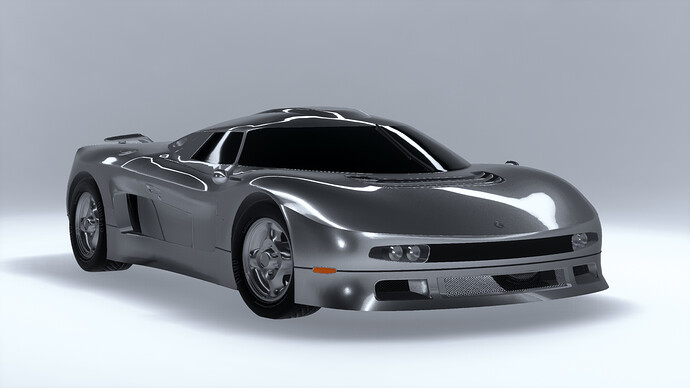 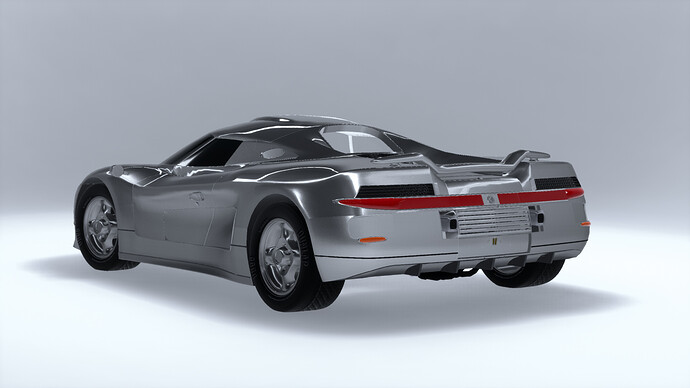 The second proposal, from MaxLevelDesign was delivered into the office quite quickly after the first, confusing some as they were expecting something bigger based on the photos they were given beforehand.

Overall thoughts from the team: the aesthetic and design were liked, especially the daring low front-end and the full-width tail lights. The sleek aspect of the design has definitely been nailed down, they really appreciated the rear exhaust location and design. Most team members however agreed that this concept would need a bit more refinement with some of the design choices, such as the frontal lower grille and the vents above the tail lights. Alongside this, the team agreed that it is also too production ready, thanks to details such as the multiple keyholes placed throughout and the indicators separated from the main light-units. Some elements would need to be re-designed, a fact that the engineering team shouldn’t be too good at.

It shows plenty of promise and delivers much of it, being a very good design. Sadly it does fall short in a few aspects. 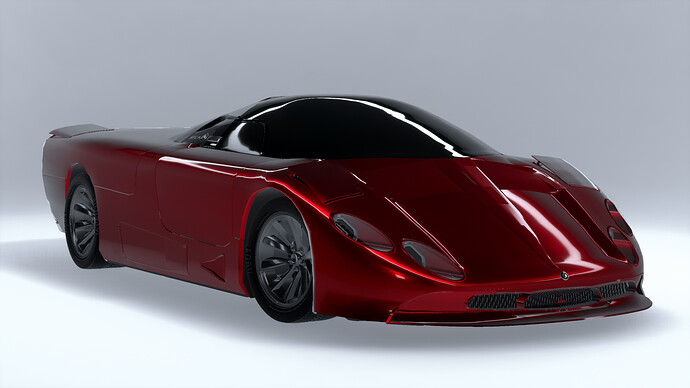 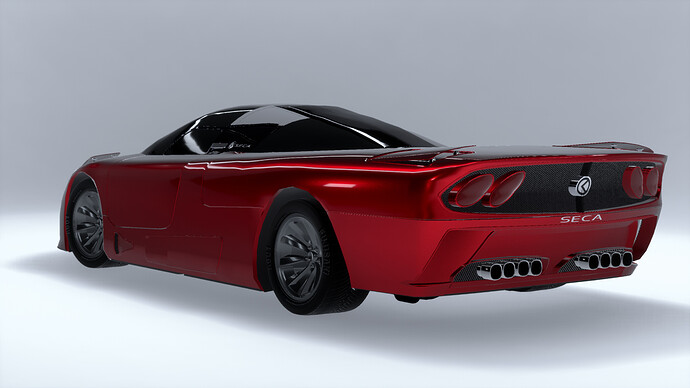 The office was buzzing when the third entry came to the warehouse, the Seca by Arion’s Cosmos division - a brand that was already familiar to Corsica thanks to their earlier collaborations.

Overall thoughts from the team: The team immediately liked the proposal thanks to its big and powerful stance which would certainly stand out at an autoshow. The bug-eyed front was well received, as was the full glass dome above. An audible squeak was heard from the entire team as they moved onto the rear with the eight exhausts, making their eight-year old senses escape for a moment. Not everyone was a fan of the rear lights with their sad look, most let it slide however since the shape and location match the front.

It was agreed on that the paint would look better without the pink pearl effect and that the active aero panels in the front could have been removed to make it look sleeker. The rear aero panels on their own gained much praise.

Overall, a strong contender which has its own good quirks. 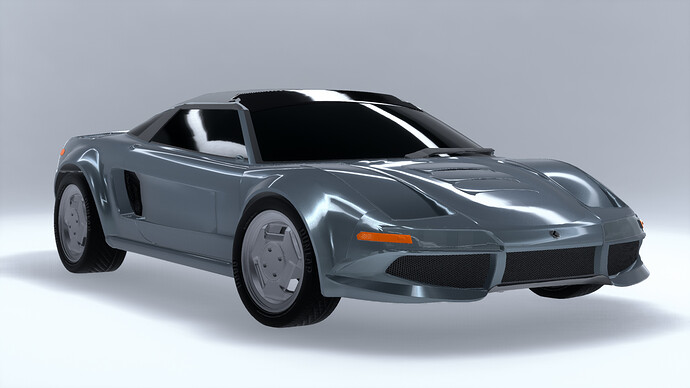 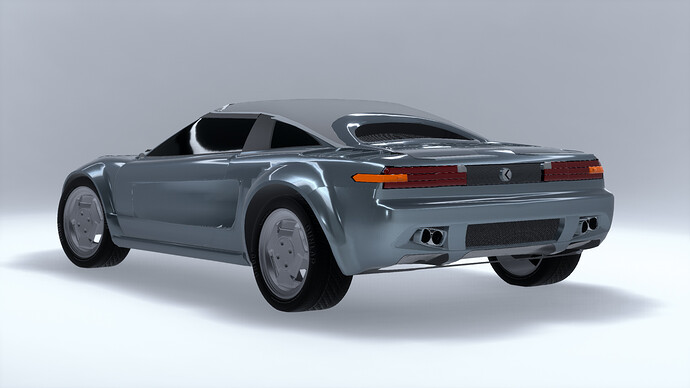 The next vehicle to arrive was by the designers at Propeller. This turned out to be a notable proposal for the fact that the Propeller team had added AktiveStrom to the end of Seca’s name. While it could have been considered a daring choice, our engineers liked the addition as it definitely sounds ‘cool’.

Overall thoughts from the team: The AktiveStrom has very definitely been designed with care and attention. The team loved the indicator design and the wonderful roof design which fades into the rear end very nicely. Unlike the KGB design, the grilles and vents compliment each other well and flow together with the rest of the design elements. Another element which was liked was the unique split rear-spoiler. One thing that wasn’t liked as much was the wheel choice.

Many considered it a bit “boxy” when compared to the other proposals. This however did not let the design down by much, as it was agreed upon to be futuristic, good looking and different.

A wonderful design let down just slightly by a boxy appearance. 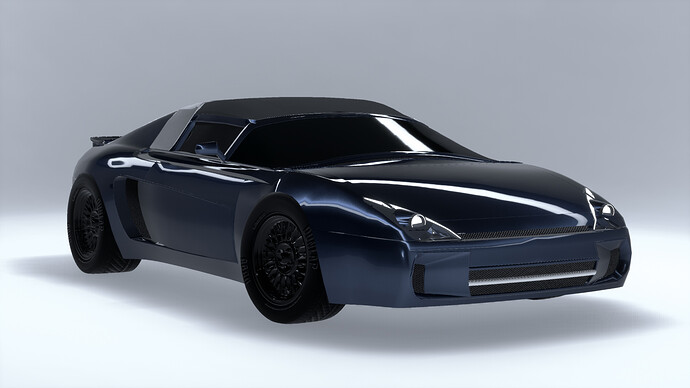 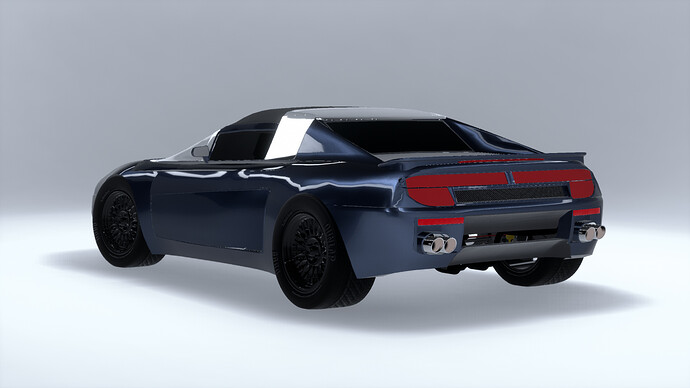 Zetra Design sure did design something distinctive, felt the team as the Seca by Zetra came into the warehouse. Unlike all the others, this concept featured a targa top.

Overall thoughts from the team: The windscreen design reminded them of the FREEDOM mobiles from the 50’s, which could be considered a bad thing since this is supposed to be modern. Despite that, many of the engineers liked it. What everyone liked was the targa top. It gave the concept a more youthful and cooler appearance and would definitely stand out from the crowd. If the same could also be said about the rest however - the rest of the car simply does not look good enough, with many grilles and vents making up for detailing. Some parts of it are coherent, others aren’t. One example would be the rear tail light setup, with the square grille being right next to the flow-y lights. The engineers appreciated the rear spoiler however.

It is a concept with good ideas that haven’t been executed as well as they could have been. 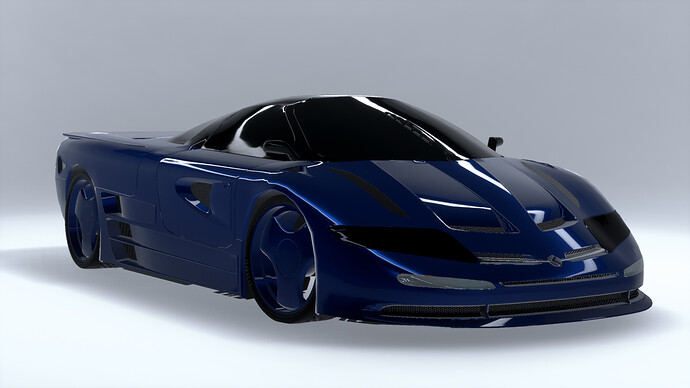 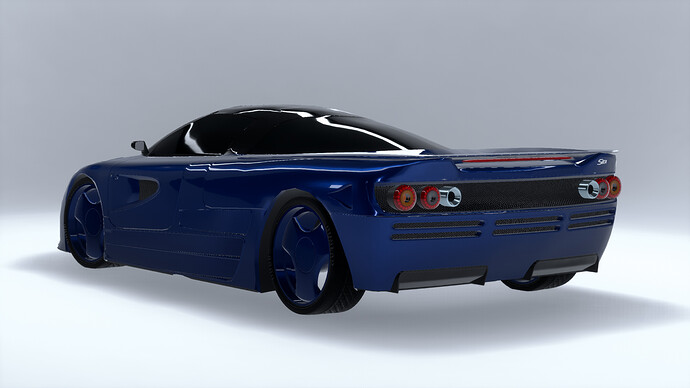 The final vehicle to come under review was the Seca TX-SR by Himejima Bored Employee Design Team. If they were bored while designing this, hopefully we won’t be bored when reviewing it.

Overall thoughts from the team: Positive. First, the black front headlights were liked and the same goes for the taillight setup with the exhausts being next to it. The full glass dome looked great and so did the massive rear spoiler. The lack of any real visible door handles adds to the concept car feel. What held the “TX-SR” back was the color choice - the team felt like a less aggressive blue would have fit better, the wheels which would have worked better having not been so massive and the general lack of fine detailing. Despite these setbacks, the team did like it.

Definitely fits the concept car look and looks good, but has its setbacks.

After a few days of thinking and arguments, the final decision was made. 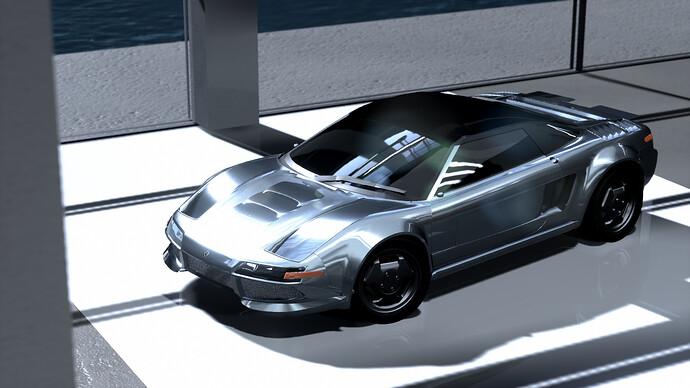 Great detailing and a fantastic overall design put the Seca “AktiveStrom” Concept proposal from Propeller Design a step above the rest and we’re glad to say we’ve chosen it as the winning design. Thank you to everyone for submitting, and congrats to the winner!

Just six competitors all told? Why the lack of interest considering the compelling theme? I was expecting more than this, and had an entry ready, but lacked the confidence to submit it. Oh well.

Edit: I actually did put some effort into my design, but was still too unsure about the potential reaction to it.

I will gladly take my turn. Let me just get a theme ready