The end of car manufacturing in Australia

After 69 years and over 7.6 million vehicles, Holden’s long run as a car manufacturer has come to an end. Here is their last car, a red VFII Commodore SS-V Redline manual:

More than any other Aussie car, the Commodore VF represented the spirit and ambition of the Australian motoring industry and embodied its global ambitions. I will miss it dearly more than any other Australian-made car, and its demise leaves behind a void that, IMO, can’t be filled by any imported models. So how do you feel about this? I, for one, am absolutely gutted, because the VF should have been in production for more than just four years. Feel free to share your thoughts on this tragic end of a long-standing tradition.

Yeah it’s sad indeed, even for an american. I was hoping that they’d bring over a ute model at some time to revive the El Camino (and they seriously almost did it in 2010) but now that production is over, there’s no chance

Also some bad news for you guys, I heard the replacements will now be chinese made Buicks that will just receive a Holden badge. with that strategy, I imagine GM will start losing money in Australia sometime in the future

Ok… so… WHY did this happen? I thought Holden was profitable. I mean I understand why Mitsu axed off the evo, nobody bought the damn thing and it’s only job was to be drooled over by kid car fans who never buy it. But Holden? Did Auzzies not buy it?

if I remember correctly, GM just saw it as a way to save more money, they don’t seem to be seeing Australia as a main market anymore

Well, when you have a ~25M people rich market vs a ~1B people average market… I guess the second is far more profitable and important.

Manufacturing costs, international competition, and a two-party Federal Government system that’s more interested in keeping it’s own job than making sure the commoners have one. But they did promise the spare parts industry would flourish, because people need to buy parts for cars they dont… build… anymore…

Without going into too much detail, we hav…had the lowest level of government assistance offered by any of the 15 countries around the world. That can produce an entire vehicle, from the concept to the finished product. (That’s right every damn car producing nation subsides their industry in some way.)

Yet, despite only providing modest assistance compared to any other car producing nation. We only really produced vehicles for domestic use with only some exports, mainly Toyota and to a lesser extend Holden.

While our successive governments have struggled to figure out, or fully commit to any meaningful policies to support the industry since slowly rolling back the protective measure in the 1970s.

The mining boom from the 2000s and subsequent global financial crisis both had a terrible effect on our economy. Inflating our currency and wages making exports untenable. When the industry asked for government assistance to get through that period, our former PM dared them to leave…so they did.

Another issue was, while the Commodore was and remains the best selling large car in Australia. The market has fragmented with a rise of SUVs, Crossovers, Small cars and Truck-based utes. In fact, we have one of the most competitive car markets in the world. So the failure to adapt and reflect these changes didn’t help at all.

Not to mention, all of the production was controlled by foreign companies. Whose main focus is always for their own domestic markets. (Just think of the ‘One Ford’ policy that pretty much signalled the death of the Falcon).

So yeah, it’s a range of factors that sadly culminated in this sorry mess. It’s a bloody shame and I’m absolutely gutted about the whole thing.

I feel your pain but you deserve to be corrected: the next Commodore, codenamed ZB, will be a reworked Opel/Vauxhall Insignia. It will be made in Germany under PSA Peugeot/Citroen ownership - GM sold Opel and Vauxhall to the French giants a few months ago. Here it is: 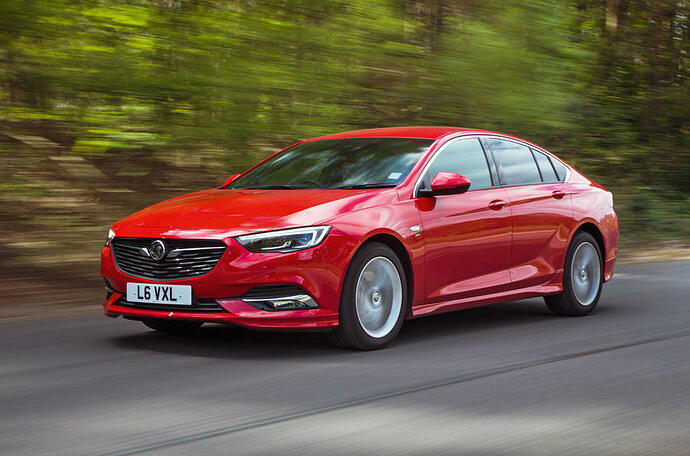 Unlike the current car, it will be offered with four- and six-cylinder engines, but a V8 will be out of the question. It will also ditch its predecessor’s rear-drive layout for a choice of front- or all-wheel drive.

This makes it a totally different proposition to the VF, and hence I feel that it should not be called a Commodore - or a Holden for that matter. In fact, it ought to be sold as a Vauxhall instead (which it already is in the UK), and the Insignia nameplate retained for the Australian market.

That is also being sold here stateside as a Buick, And I do know that there will obviously be more than just all Chinese made Buicks, but in general that’s their plan with Holden moving forward

the next Commodore, codenamed ZB, will be a reworked Opel/Vauxhall Insignia

I know that’s sad, but also so stupid idea that I coughed from laugh reading this

I fully agree with your last paragraph.

And I don’t know nearly anything about Australian cars, but I will miss an I6 in a classic big RWD sedan (Falcon, especially since the last gen looked really good). I6s are so great, yet they seem to be a dying breed, even more than bigger engines.

The I6 and V6 are dead because of turbo I4s. We probably won’t ever see them again

I6s are so great, yet they seem to be a dying breed, even more than bigger engines.

I wouldn’t say ‘dying’, but they have settled into a niche: car manufacturers that produce mostly FR designs (e.g. German luxury brands like BMW and Mercedes-Benz, the latter of which has recently reintroduced I6 after flirting with V6 for a while). They don’t need to make a V6 for transverse and mid-engine applications, so an I6 with a snail is a cheap way to make a smooth replacement for an NA V8.

Umm… Yeah, Merc might get back to making them, but AFAIK they don’t make I6s right now. But Volvo? Nissan? Lexus/Toyota? Jaguar (though their V6 is the best sounding ever)? AFAIK the only manufacturer of I6s for passenger cars right now is BMW - only one, and for them I6s are a matter of company’s DNA, nearly unchangeable. Considering that I6 is nearly as dead as I5 - also used by just one manufacturer, but at a smaller scale.

@Sillyducky I doubt that V6s will die before the combustion engine itself dies in mainstream Western-market cars (as some Indian, Chinese or whatever shit on wheels will probably use ICE longer), because luxury cars need to be powered by something… And I think that premium/luxury manufacturers will sooner switch to electric motors than put a 2.0 I4 in a Rolls-Royce, S63, or sth like that. Or ok, V6s will live as long as ICE will be the main source of power in premium cars. In the end you can exchange a V6 for a turbo 4, but also exchange a V8 for a turbo V6, just like Lexus did…

The niche is small because very few manufacturers don’t have a need for a small package six cylinder (because of transverse FF mostly), but it exists. Mercedes’ specific rationale for moving back to I6 is not quite as simple as I perhaps implied, but it makes engineering and business sense (barely anyone who buys a Merc cares what configuration the cylinders are in, so they didn’t change for ‘emotive’ reasons).

Other consequences of the demise of the Australian car manufacturing industry:

No utes based on sedan platforms - the only ones left are effectively small pickup trucks.

No relevance to road cars in what is now called the Supercars Championship - next year, the cars will either be out of production or have a drivetrain layout and/or engine not available in the equivalent road car (or in the case of the Nissan Altima, no longer on sale in Australia at all).

And, worst of all, no more affordable Aussie muscle, ever - that leaves the Ford Mustang and Kia Stinger GT as the only affordable RWD alternatives for the foreseeable future, in a category once dominated by Falcodores.

the only ones left are effectively small pickup trucks

And not just small ones either, most of the new ones I’m seeing now are those god damn Ford Rangers that are all jacked up and block your view and just generally don’t fit on the road.

Are they all orange in Australia as well?

That just means the roads are too small.

Nah they’re all blue! An orange car in Australia is a rare sight, unless it’s a 2016 Ford Falcon (looks quite nice in its metallic sheen), or a 2010 Ford Focus XR5 Turbo, which is hilariously obnoxious.

@stm316 go back to the bush ya bitumen terrorist