Born in 1940, Ernie Zast was an Italian-British Breed,From a british Father and an Italian mother.He had no other interest but the insides of mechanical objects.Going to school at age 7,he had been a hard working chap with good grades from school.In the 50’s,the growth of cars in number had sparked the interest of Ernie so much,that he set himself a goal to get a degree of engineering.

After getting a Bachelor’s Degree 3 years later,he decided to study the mechanics of the car.Buying a scrap car,he then started there.After months of research and studies,he had enough knowledge of what works in a car.The father,named Herman Zast,after realizing that his son had an interest of cars decided to bond with him by building a prototype.Ernie was glad that his father realized his intentions and then the two of them started making the prototype for 4 months and did some testing.

Ernie and Herman was proud of the final product.It looked beautiful wherever it went,From the French Riveria to the German Autobahn.With Standard AM radio and well-developed suspension,it gave comfort and was also capable of cornering.They then put it up for sale.They realized that they can earn money from doing this,so they hired enough people to support a small production group and then start a company named Zast Automobile,Zast meaning “Built”.
It was a huge success for them because it was sold cheap for $8010 and had great appeal thanks to its ride and looks. 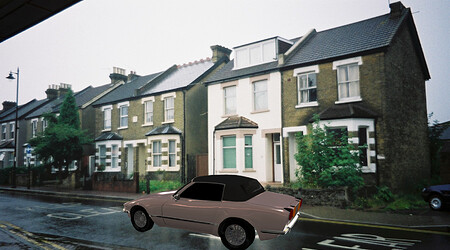 After the success of the Zast,a new group of roadsters that are cheap and cheerful in Britain have arrive to start a roadster craze.Ernie and Herman decided to hop in the new market with their next car.They hired a Kendrick Stewart, A British person, to consult them in the design.Kendrick said that most roadsters are either released in Inline-4/6 or V8,but a V6 is unheard but technically in between.To make workload organized and faster,Ernie and Kendrick design the body and Herman and the rest of the group made the drivetrain.In the Design group,Kendrick suggested a name system to not only makeit sound cool,but to help identify the cars,namely N for new,R for roadster and 6 for the number of cylinder or NR6.

N R 6
I I I
New/ type of no.of
old vehicle cylinders

The final product was finished

The NR6 was born,ready to take on the British market
With its swooping side-vent and sideways door handle complementing the car.
Satisfied,feeling confident that it would sell well,They agreed on a price of $9215,not too far away from price of the original Zast.

##1972 - The “To be forgotten” Sports car
In the lates 60’s and the early 70’s were the era of mechanical progress.cars converted to race cars,modified street-legal cars to the small cheap-and-cheerful roadsters,restricted comfortable cars.Ernie and Herman had the guts to announce to make a project,something that would get out of hand.Everyone in the company was ready to take on the project,not knowing what would happen.Herman noticed that they have lacked the R&D Team.He had then hired group of people who specialize on those kind of things.Without R&D,the project would have been a stillborn.But the project now became costly.
They researched on a sample test car of the same category for months,Then they went to the engine.They had to build a new one because the one on the NR6 was not powerful enough.They built a 3L V6 which would become the staple sports car engine for Zast.For the interior however was not a new feat.Everything was basic,including safety equipment.

Still though,the Body and Engine team had been in full swing to finally see what the project was meant to be.

When testing came however,they found it was just decent all-rounder,a jack of trades.Fuel economy was pretty bad for lightweight car which was 16 mpg (uk).It was more sporty than the last two models but drivability was a new low and the reliability was much worse.They thought if they abandon the project now,they would lose money from the research and production cost.The company came to agree to make it a limited production run,only a batch of 255 cars.

When the car hit to the public roads,people said it to be a looker,but criticized to be under performing.People bought them as a weekend car or as a collection.In the end,Zast Automobile had learned about the sports car market.If they make a wrong move,it could end the company in bankruptcy and loss of reputation.But forever will they engrave the memories of such a car that looked good,a classic case of form over substance 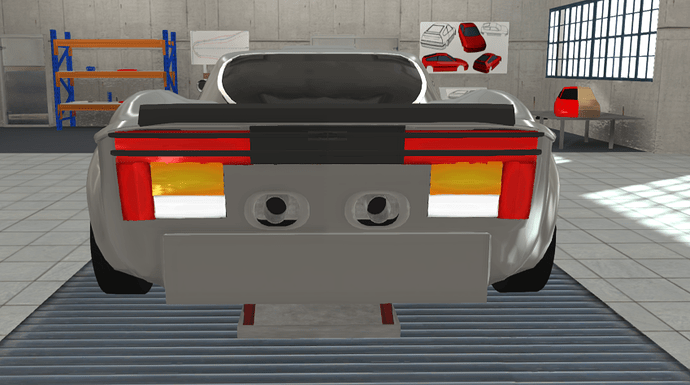 The discontinuity of the Zast

After ten years of production,they had to let it go because they have felt it had served a long time with them and so for the sake of progess,they will stop production.

1974-The Italian export to crisis-ridden America.

in 1973,Ernie and Herman had planned to take on the american market,specifically at a certain market where they are certainly good at,the convertible budget car where those in California or Miami who arent rich to afford Ferraris and Lamborghinis.

But America was struck with the fuel crisis,and while the body was complete,trim and engine wasnt optimized for this sudden turn of tables.They knew that their V6 staple would not work there because of its mediocre efficiency.So they have to build an all new Inline 4.This took half a month so it ended up in 1974.The engine had to sacrifice power with fuel efficiency.The finally result came in as an 1.5L I4 engine that produced a measly 67hp.The people in Zast criticized it to be weak.But Herman and Ernie said it had a spirit of 60’s-70’s British roadsters.It was also the first car to have front wheel drive,which many in Zast to be an “interesting” plan since it would decrease handling,But Ernie and Herman wanted it to be a cruiser.

When the car was released in America,many criticized it for being “powerless”,but they also recognized its fuel-sipping economy (30.1mpg).It has been equipped with high-quality 8-track entertainment and standard safety.Zast has been said to export 500 cars per year to help make it desirable.It was the perfect car for crusing in the crisis-ridden America.

The NR4 is the best-looking car you have made so far. Shame about its crude chassis and weak engine…

Dont worry,somewhere in the timeline will be an in-house company so probably it will see a power increase