If I did offend anyone, including the people behind said brands, I’d like to apologize; I’d hate to seem full of myself, and I was only going for realism.

I had nothing against it myself, in fact it was inmersive

I think the claim that Hokuto is the 4th largest Japanese manufacturer makes a lot of sense, considering the age of the brand and the size of the lineup.

Should I put the excerpt back in?

I personally, would say something like “one of the largest Japanese conpanies,”

That’s what I put

Heya, just noticed that you had a car called Axia, this is awkward, haha

Oh don’t tell me you have an Axia too… I’m sorry, I didn’t know! I can think of a different name if you want

Haha that’s fine! While I don’t mind if you have a car of the same name, it might be best to change the name to prevent confusion from other people!

Makes sense! I’ll do some thinking over it and try to come up with a new name. I’m thinking ‘Aria’ but is that too similar still?

Sounds good to me 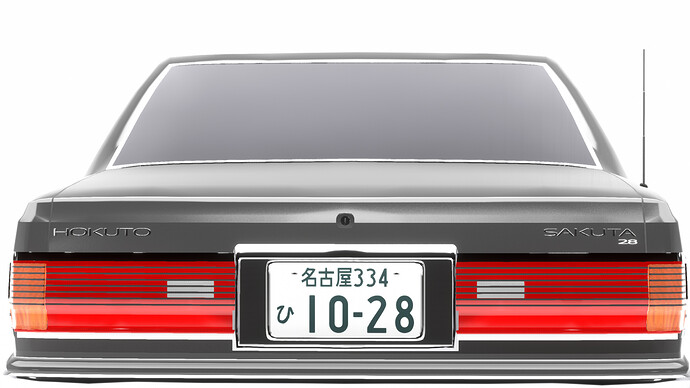 The Sakuta has been the same formula since it was released in 1978. Front engine, RWD, premium sedan. It was ‘premium’ before that term was coined for most of the modern market.

Available in both coupe or sedan form, it sat on the road with Struts in the front and a, for its time, advanced double-wishbone rear suspension. It also used four corner disc brakes with dual piston calipers. Suspension was adjusted a little stiffer than most would like, but the result was a relatively nimble car. It only weighed in at 2800 lbs. 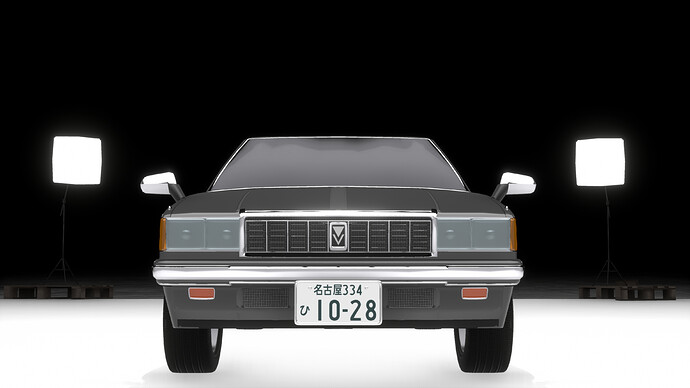 Moving the Sakuta is the Hokuto M powerplant, a 2788cc cast iron straight-6 with aluminum heads and mechanical fuel injection. It made 125 hp @5100 RPM and 200NM @3500 RPM and scored lower than 16.7 L/100km. It was paired to either a 3-speed automatic or 4-speed manual transmission. And it was pretty quick for its day: a manual coupe could pull to 100 km/h in under 10 seconds. 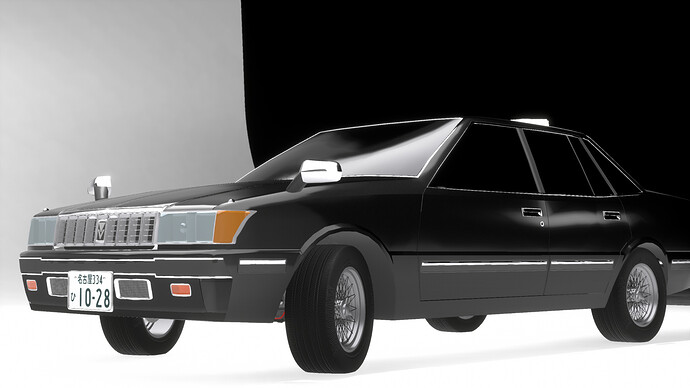 I hope y’all think this thing is as gorgeous as I do… one of my favorite designs to date!

Beautiful ‘70s big sedan - and very Japanese. I’m lovin’ it. At first I thought the first picture is an actual photos of a real world car. Amazing job.

A 70s Far Eastern luxury car which looks like it can compete head-on with Euro equivalents on specs? Now that could well be something to celebrate…

I love the design but I am curious how such a reasonable engine with MPEFI is getting such bad fuel economy. I have a '79 car on my company thread that’s built on the G body and getting better fuel economy with a throttle body 3.2L V6. That same V6 is also making more power and granted, it has 300cc on yours but with throttle body injection I would still expect it to be worse.

I must reemphasize the quality of the styling though. Its go that perfect Japanese copycat look that is equal parts US and European.

EDIT @On3CherryShake I would be happy to take a closer look. Send me .car at your leisure

Thanks for the kind words! It may be because the engine family is based in 1965 to stress realism. It’s based off of the Toyota M straight six and it too was that old. I could send you a .car file if you’d like to tinker with it! 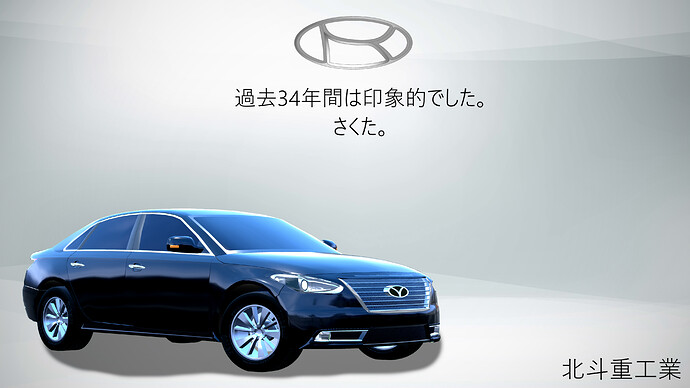 I have an itty-bitty crush on kei cars now. But I don’t know how to make them.

I gave it a shot though.

If anyone can help me with that, I’d appreciate it haha.

But look at how cute it is! 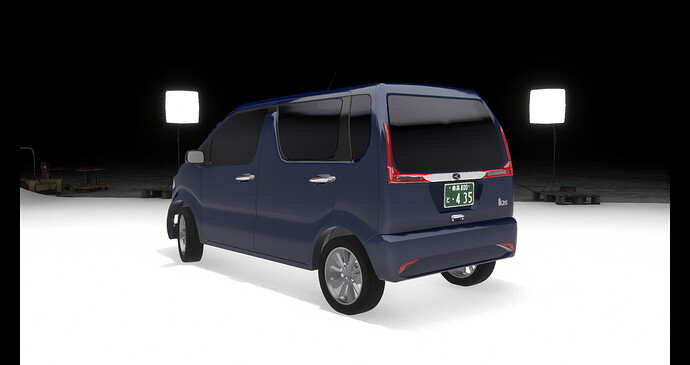 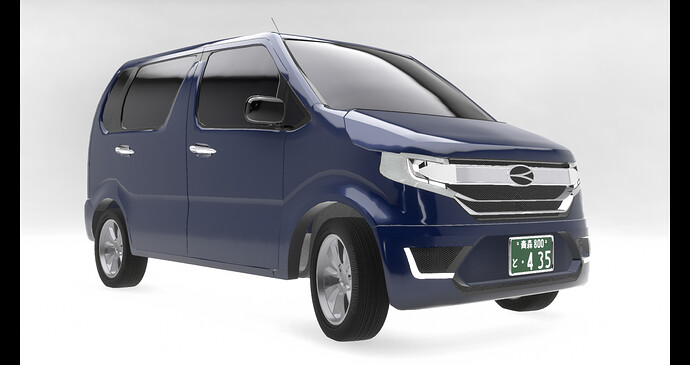 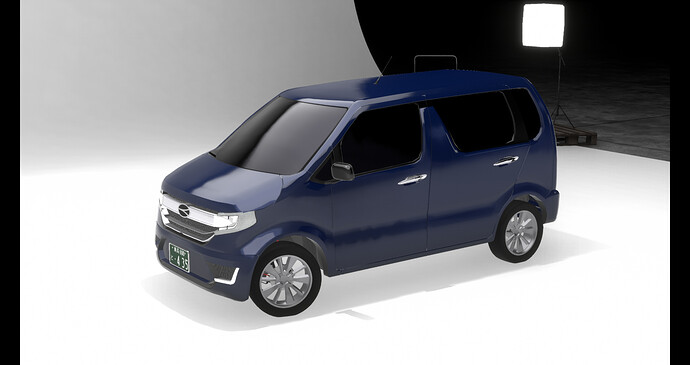 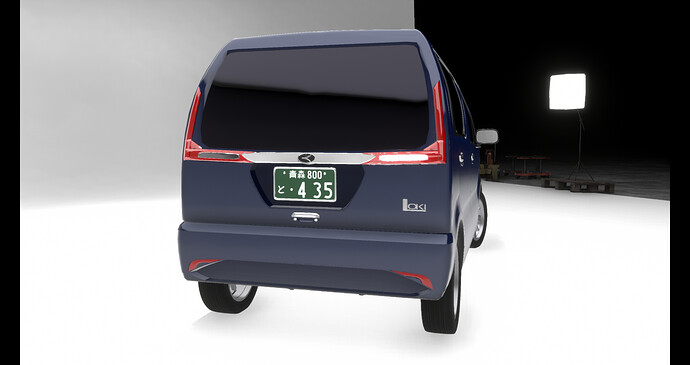 How could such a small car share its name with a Norse god? Anyway, it should be a highly competitive Kei car, and it looks decent inside and out.