This specific car keeps exporting to BeamNG without an engine

Earlier today I was re-tuning a car In order to export it back to Beam. I had already done it several times and it was fine everytime. However, from now on, everytime I export it, it seems to have no engine.

I can select it and it loads just fine, but the rev counter doesn’t appear and the car doesn’t move. I tried resetting the car, restarting both games, restarting the computer, cloning the car and exporting it under a different name - nothing seems to be working. By the way, I have no mods installed.

This issue is exclusive to this specific car, and it does not happen in any other car I export. I’m a new user so I can’t attach neither the .car file or a screenshot, but when I go to the car setings, where you can see all of its parts, there’s no category for the engine.

What can I do about this?

What is the car body called? eg: BodyEditor_00sSupercarLarge_Preview

Thank you. I’ll take a look now, see if I can replicate your issue.

I used the body that you have had a problem with, but I have not been able to replicate the issue. 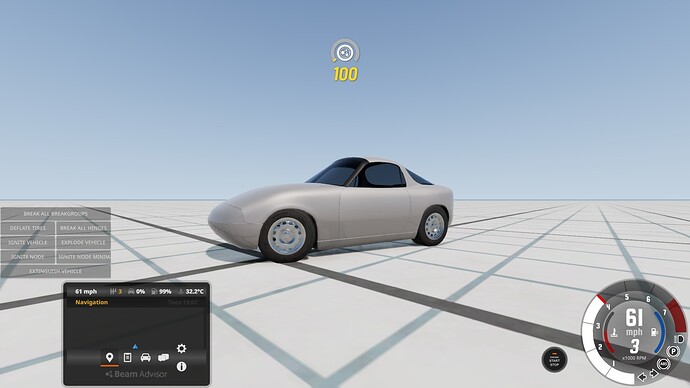 I suspected that. I was also able to export the car at first, but after multiple re-exports, whenever I tuned it, eventually it just broke. This car is completely normal in Automation. Every other car is also fine in Beam. I’m puzzled.

Probably something very rare, then. It’s never happened to me before. I guess it’s some sort of glitch that only happens under incredibly specific circumstances. Sorry I couldn’t help you fix it.

I remember cloning the car as a backup to see if I could make it any lighter by swapping the engine, and at one point I had the 1st backup with the original engine and the clone with the new engine at the same time, with the exact same name. As soon as I exported it with the new engine, it stopped working. I got a “LUA” error message, but it didn’t cause any trouble on the Automation side of things, so I dismissed it and ignored it at first.

The sad part is that it no longer works now, no matter the name or engine I put in it. It’s dead

Apreciate your time and effort, though! Maybe somebody else can help out on the technical side of things, as it might’ve been a specific sequence of events triggering this.

Maybe post the car here, and someone can open it in Auto. That way whoever helps you might be able to get a better idea of what went wrong.

I’ve redone the car using the same body and engine, and the issue reappeard. It exports without errors, but as soon as I exit the game afterwards, this message quickly flashes on the screen before the game closes:

Error: Lua self does not contain Function Called: Save
BP CallStack
Unable to display Script Callstack. Compile with DO_BLUEPRINT_GUARD=1----------- 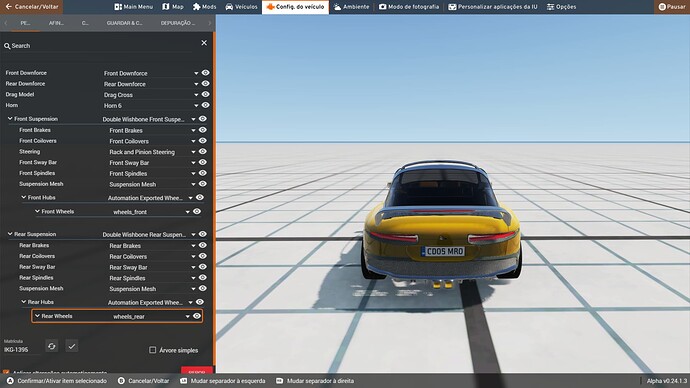 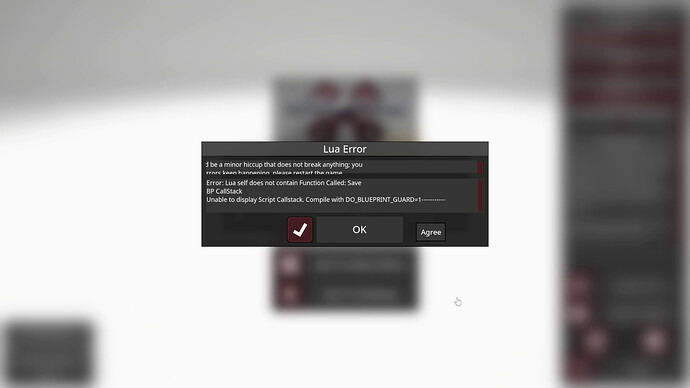 I can now post attachments! This is the car - As I’ve said before, I’ve replicated the car and the issue reappeard, so it must be something to do with its specific settings. Anyone capable of pinpointing exactly what went wrong?