THIS VS THAT: A Unique Review Collection

Brought to you by Rival Motorspot

WELCOME TO THIS VS THAT

What the hell is this?

This is a One vs One, Best of Three drag race “review” pitting two different but equivalent cars against each other to find which one is better. This is very straight forward, I dunno what else I need to say.

What the hell are you looking for?

Anything. Stock, Tuned, All-Out Race car. I don’t care, as long as it is interesting, doesn’t threaten to kill the drivers, and actually works. When you drop a car to me, I want the details, the story, and the quirks. I’m not looking for a single car file in my DMs, you’ll probably be outright ignored. You need to make the car interesting to me. I want to know the story of this model.

Was it a special version? is it just uncommon? was it built by a tuning garage for a purpose? Is it just a fucking race car? You need to sell the car to me before I decide to race it

What the hell do you need?

The reviews are likely to be walls of text with maybe quick video clips of runs, or other quirks. The Format I’m gonna use is the West Coast USA Drag Strip, 1 run in each car (with the AI driving the other car), then a final run (if needed) in the car I like the most.

You’re free to ask questions in the thread, and react to reviews. Not sure how often reviews will come, all dependent on cars I get, and if I can form logical match-ups.

SEND ENTRIES TO THIS FORM 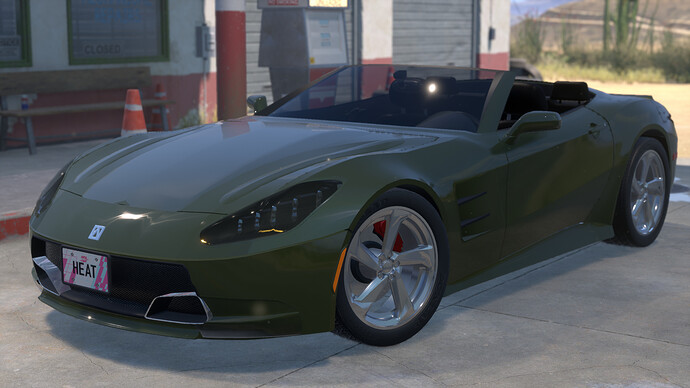 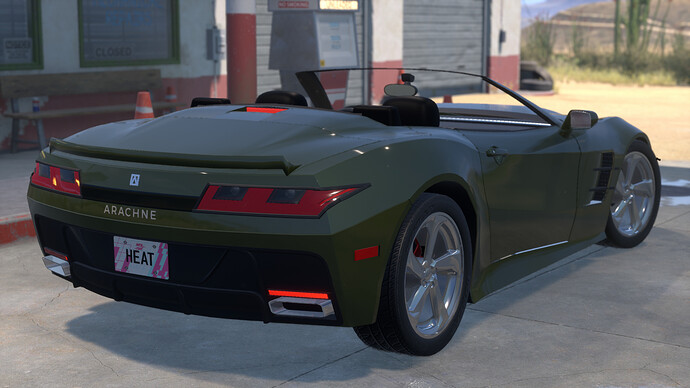 This car has pretty interesting lore or story behind it. 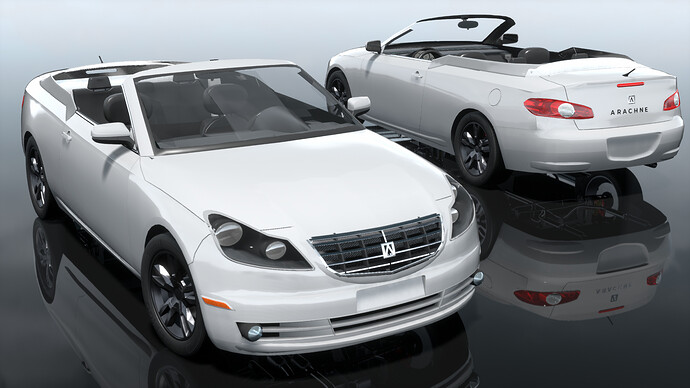 As you can see here, it just looks like grandma’s favourite convertible and it performs terrible too! It’s FWD and powered by sluggish 3.8L V6, 210hp through 4-speed automatic like a true American car at that time.

People was complaining that this car is just bad and such like cheap plastic interior and the afore mentioned sluggish V6 and transmission. 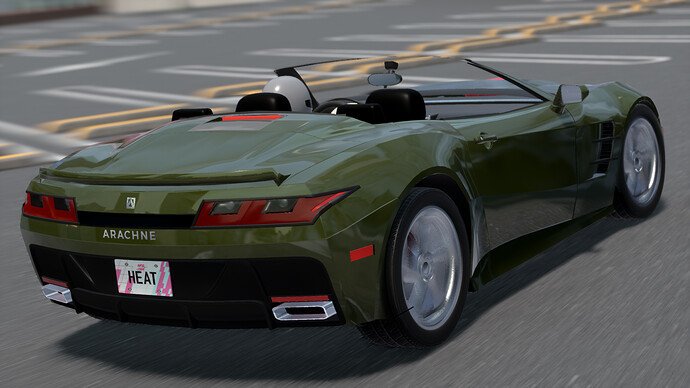 But with the coming of next gen Arachne which is the 2016 model, Denver has changed the formula. It became a convertible sports car with 5.7L V8, 400hp.

But we’re not talking the stock one, this particular green Arachne built by Harriot’s Garage located in Las Vegas and this one has upgraded engine. blueprint 5.5L turbocharged V8 powering up to 715hp, 818nm of torque while keeping the stock look. 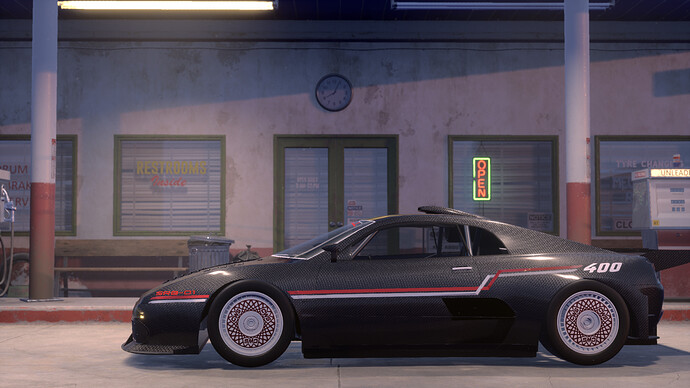 SPECS
2.0L Turbo I4
a 0-60 of 7.7 Seconds
The first car from them to use the Hakumai Racing nameplate on a retail model. We have also downsized it to a more fuel-efficent 2.0L I4 producing 255HP, and a 0-60 of 7.7 Seconds, thats sure to beat the competition, It was about to be a JDM-Only offering, but it was eventually scrapped so the rest of the world could also enjoy the car. We partnered up with FOOL to have high quality audio speakers (a play on Bose) 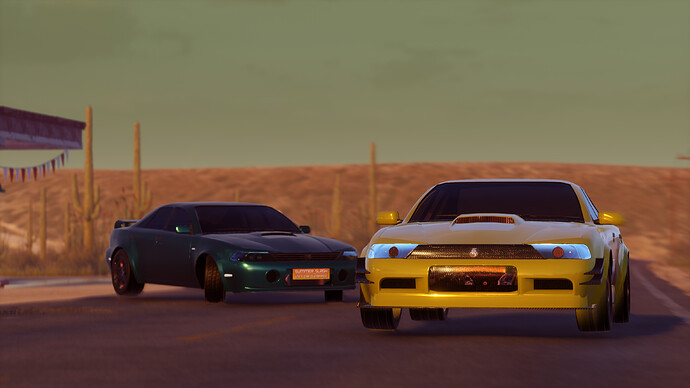 I Will be competing with the DTM Variant aswell. Specs of the engine are a regular DTM V8, It has been raced during the 2000 DTM World Championship, they did not win for sure

A THIS VS THAT UPDATE

Anyone who has sent me a car thusfar, I would be very grateful if you would send through a response to the form. 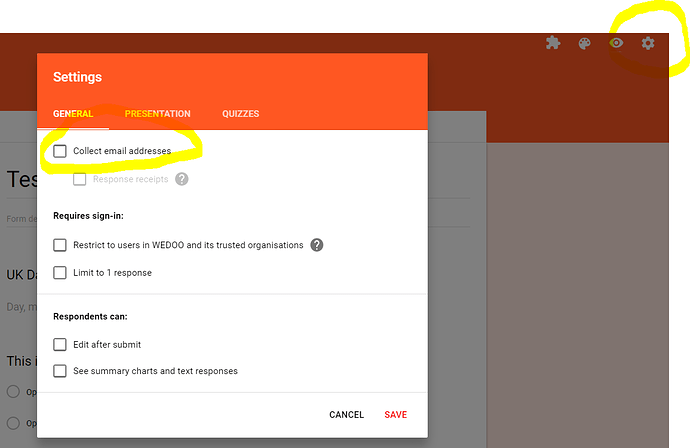 No way around the file upload thing, and I am pretty sure I disabled collection of emails, this is for my ease of reccording because it would take far too long to hand compile the information for comparison.

You can’t deal with the reccording of information that I’m not even going to be looking at, you won’t have your car considered for review.

Submitted. Please note you will have to export the car yourself as i dont have a beamng car file right now. and the 0-60 is missing and automaiton quarter mile as i havent tested those things either.

This experimental vehicle variant of a 2002-2009 GP9 Hakaru Cren was designed as a basis for all future electric cars made by Hakaru. 150 were produced, with 76 on the SE trim Cren cars, 56 on the SE-G (SE Gold) trim Cren cars, and it is rumoured that 18 were produced on the GT-S Cren cars as specially designed race cars, but never saw the light of day as the 2008 FR Challenge, a promotional race revolving around the release of Autoturismo 4. 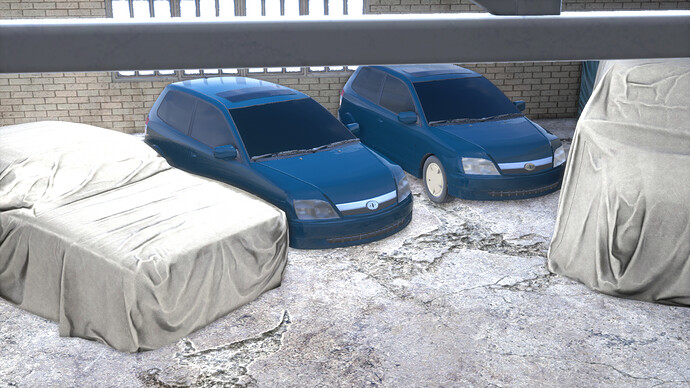 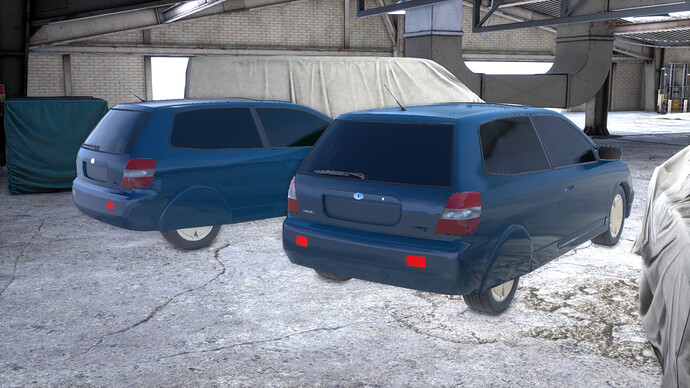 This car is the third generation of Tuono, a lineup that first debuted in 2003, due to a need in the market for a big, safe, fast and luxurious coupe, for the adventurous parents. You can fit your 3 kids inside for a roadtrip, but also burn some rubber on the track if you want. 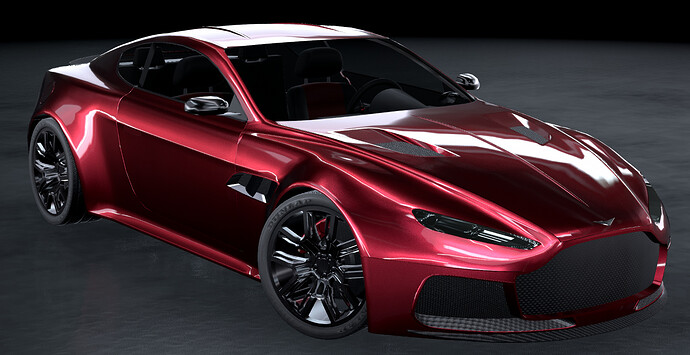 Fully custom tubeframe chassis, with a heavily modified body of a VW Brasilia on top, made in 2020 by Bogliq and MV Design to homage the later’s lead designer’s favorite daily driver. It received the engine from the Bogliq Buccanneer SPV supecar, co-developed by both in the early '80s, in a renewed, fuel injected trim. 3 units were hand crafted, an brown one that was given to the homaged designer, an yellow one that stays at Bogliq USA’s headquarters and this pearl one that stays at MV Design’s Brazil headquarter’s and was lended to you. Please try to not destroy it. 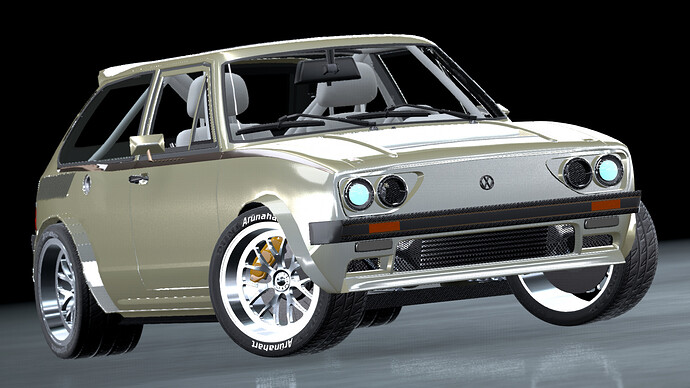 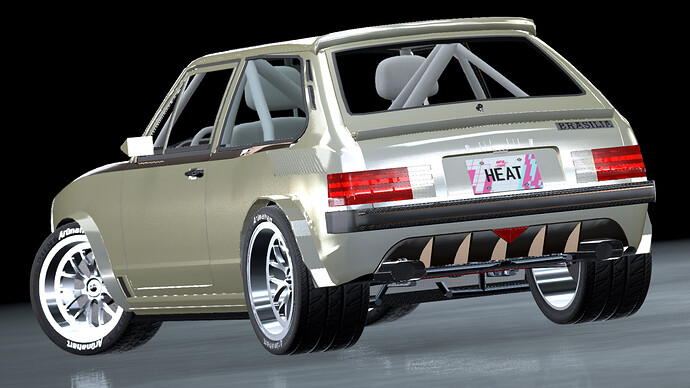 The original car if by some miracle, you haven’t seen it yet. 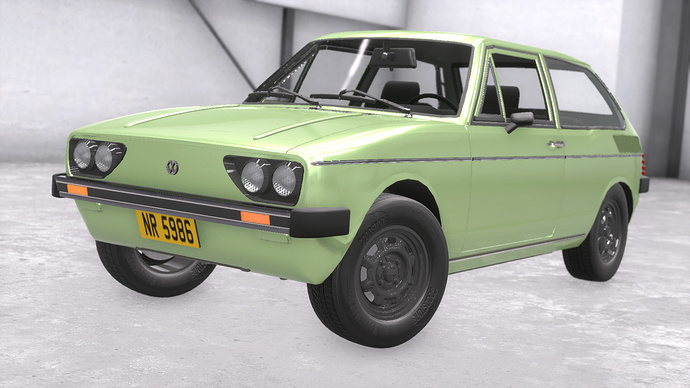 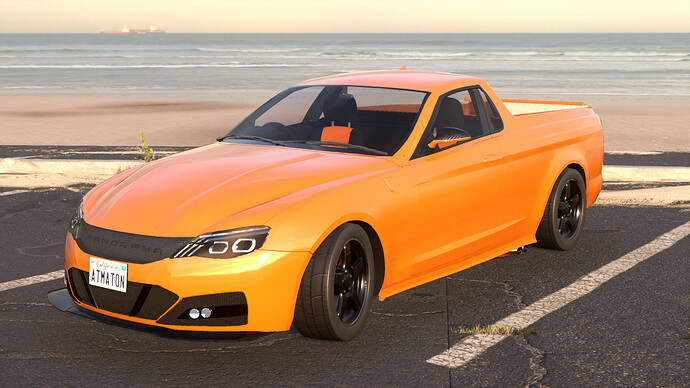 Once native to the land down under, this Sydney Redback Panorama Edition immigrated to the US (semi-illegally) in 2018 and you can find it now tearing up Southern Californian drag strips. Powered by a modified 5.6L OHV V8 making 460hp, revving to 7600RPM, and riding on semi-slick tires, it has the power and grip to keep up with the red white and-blue-est american muscle you can find. 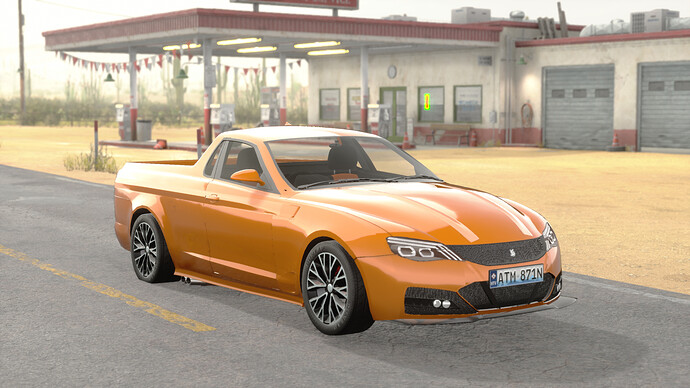 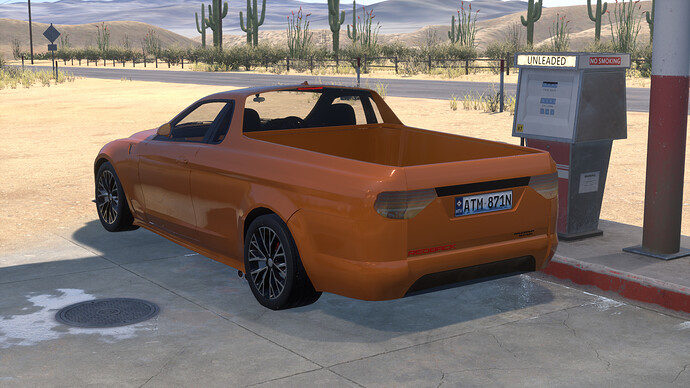 The Redback brings to mind a VF Commodore ute, especially from the front end. 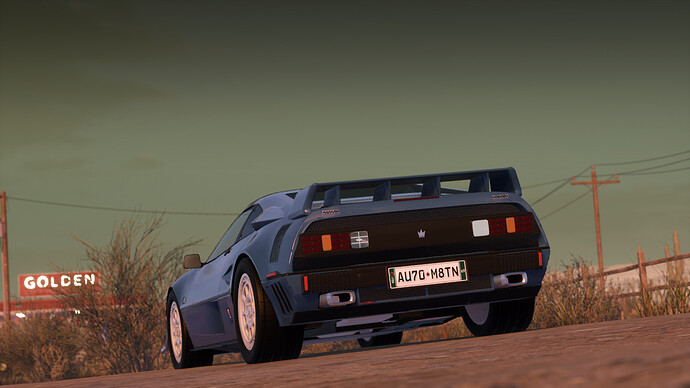 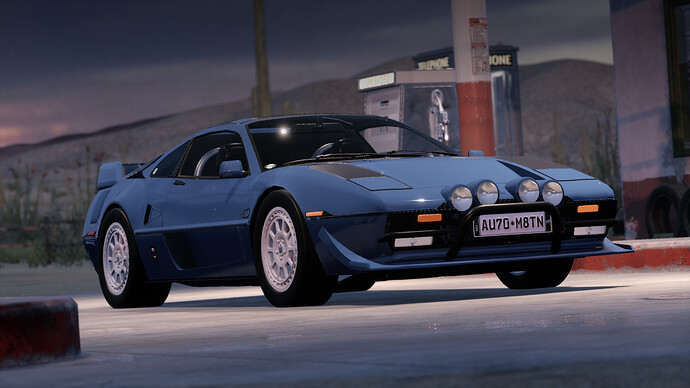 478hp from a 3.0L V8TT, ditching the heavier 3.5L V12 N/A from the original car, and only weighing in at 999kgs if you can shift the gears then you can seriously move.

After creating a great platform for a racing car with the original car, launched in 1982, Zephorus decided to create a prototype from it for the highly regarded Group B catagory for 1985. The car never saw action in Gr. B due to the indecisivness of the company to enter such a dangerous championship, not wanting to have wasted the prototype the car was later modified to run in IMSA races, but thats for another time. 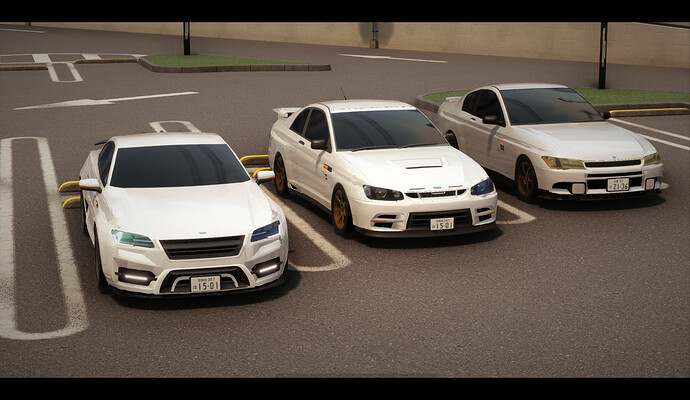 Bringing the legendary Suisei JDM Classics to the TvT! 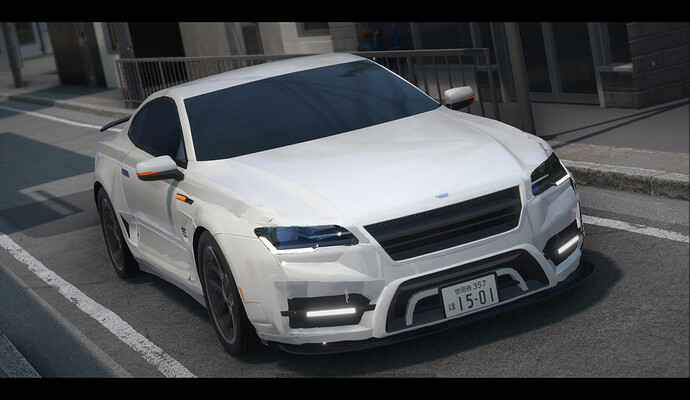 The continuation of the legendary Tengai Fuji, with this being linked to the linage of the dragon’s rival, the Skyline series. Running the very same setup of a F-AWD, I6 turbo layout. The 2015 Fuji retains the original use of the I6 rather than Nissan’s approach of the V6. It comes hot with 570~hp and a refined suspensions setup making it into a refined touge machine. It saw many modified variants in Super GT, seeing large success to a degree, retaining its tradition of supercar slaying. 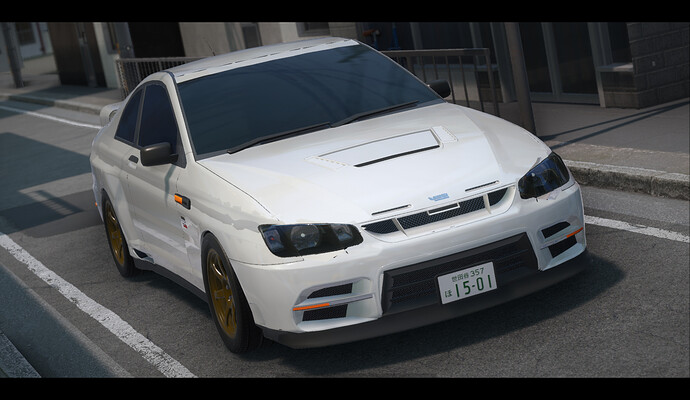 A facelifted version of the 90s Tengai Fuji, running a further boosted engine, it runs more power than the 2015 Fuji, a supercar killer at the time. It pairs with its insane acceleration and torque around the RPM band. The limited-edition S-spec, further improves the 90s Fuji, improving its power, handling and added downforce. Its surely a weapon to be feared on the track or on the street roads. This special variant was similarly compared to the skyline’s V-spec, and saw limited numbers still production stopped in 2006. 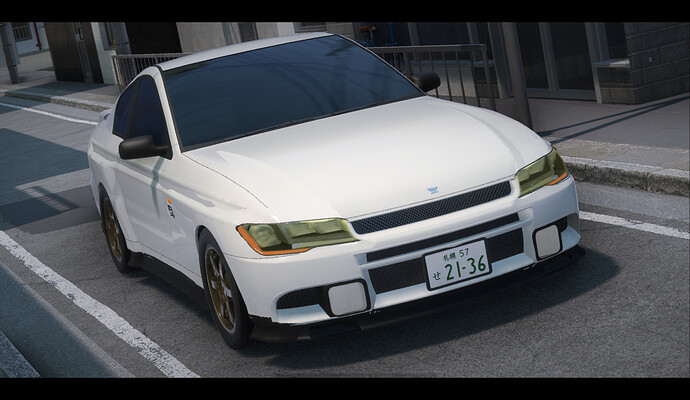 Based on the competitors of the lightweight FR sports coupes, the Yari Ageis R-Spec, is a striped down version of the original 1996 Yari Ageis. It boasts a reworked homologation engine, running over 220hp from a naturally aspirated 2L I4 that revs to astounding 9k rpm, unheard at the time. It proves to be one of the many favourite choices on the touge mountain roads or be that on the racetrack. Though a homologation car for under the 2L Touring car championship, it was mass produced. 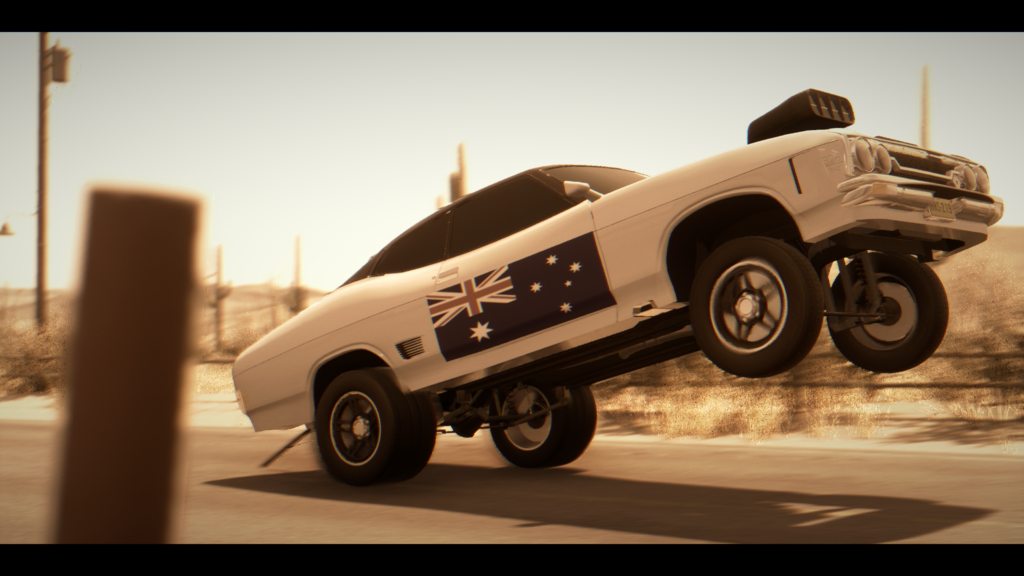 Heavily Blown 328 Small Block Marksman to a Gorg Barner Thift-O-Matic 3 Speed to a 14 Inch Drag Radial Rear tyre.
with a known Clock 0-60 of 2 ish Seconds and a best 1/4 ET of 7.5 not peddling it as a Wheelstanding car…
and a Trap speed of 207 MPH… on the Drag Strip.

In short, Hell from Hell in a quarter. 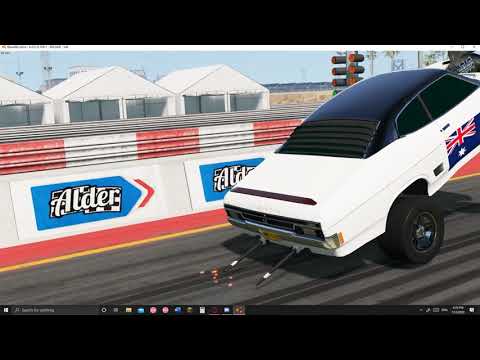 Thanks to @Falling_Comet for assisting by having a useful Computer

imma slot in a boring compact crossover for the lulz 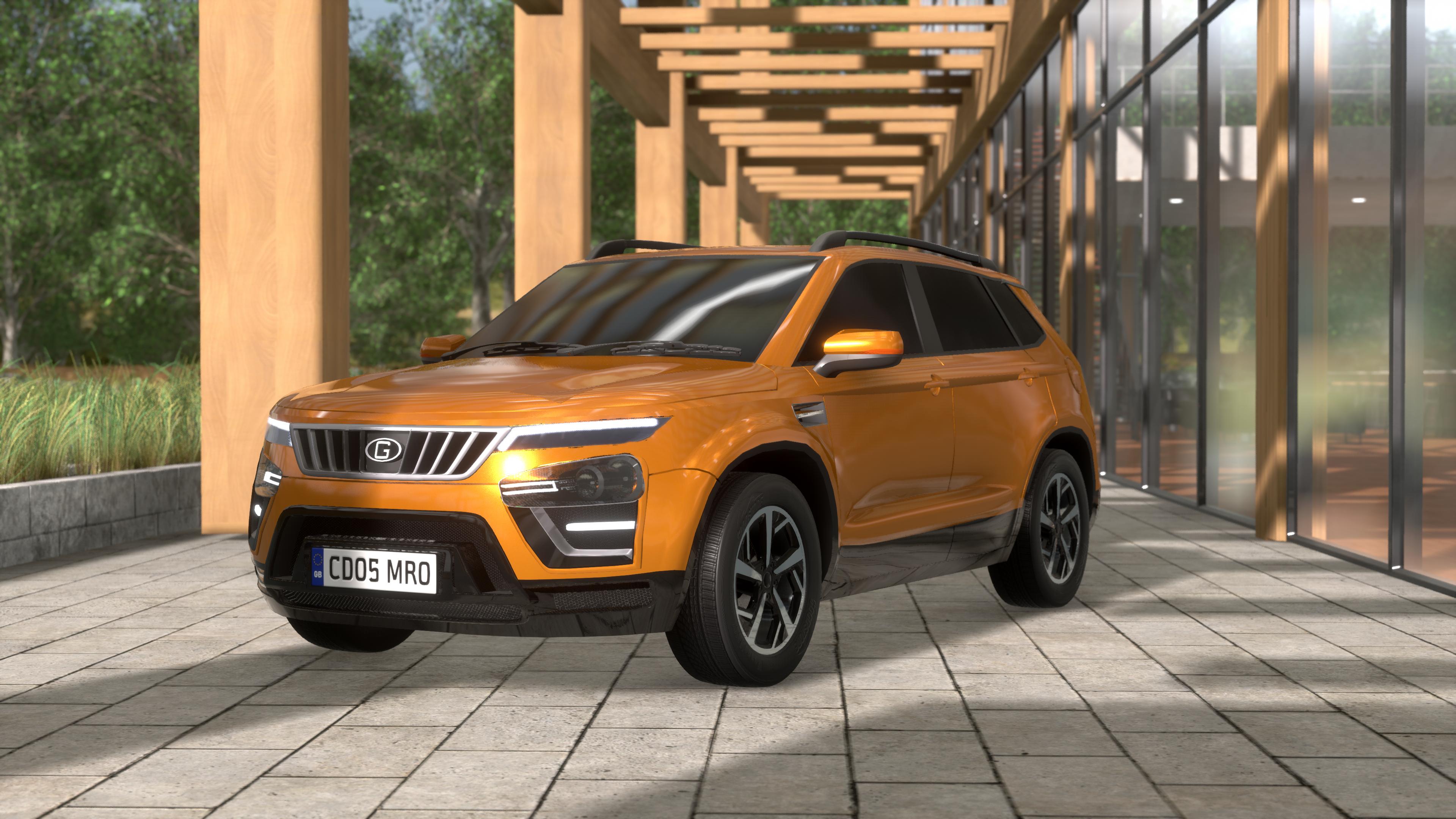 The Gujarat Trinity is Gujarat’s first crossover, launched in 2012 as a part of a plan to expand the company’s lineup after years of sluggish sales in it’s home market, India. The vehicle gained a makeover with the launch of the second gen in 2017, and that model just got a facelift only in May 2020. 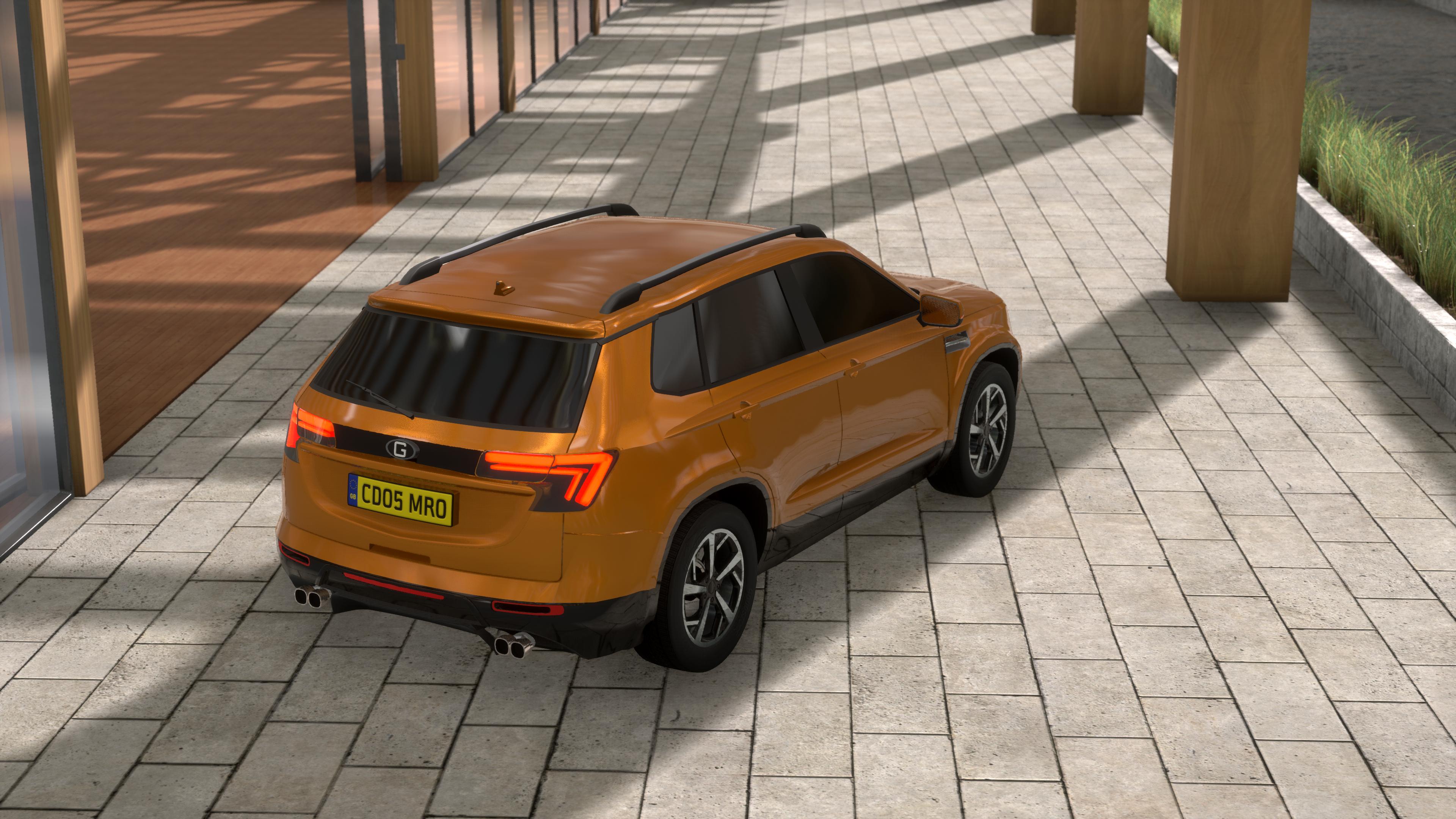 The model shown is a UK-spec mid-range 1.6T Deluxe Plus trim, equipped with a 160 hp 1.6 liter turbo 4-pot and a 9-speed automatic transmission sourced from ZF. 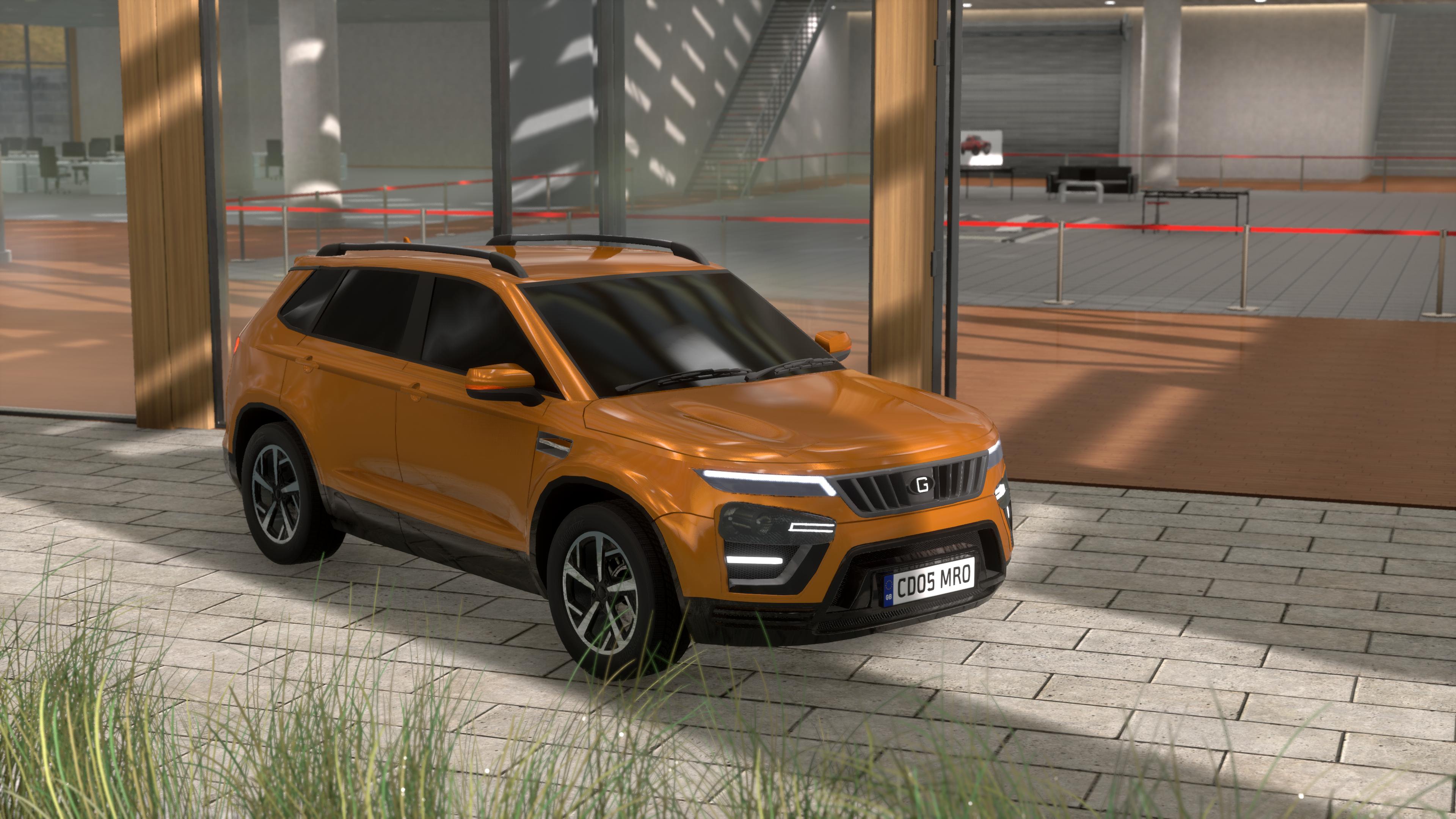 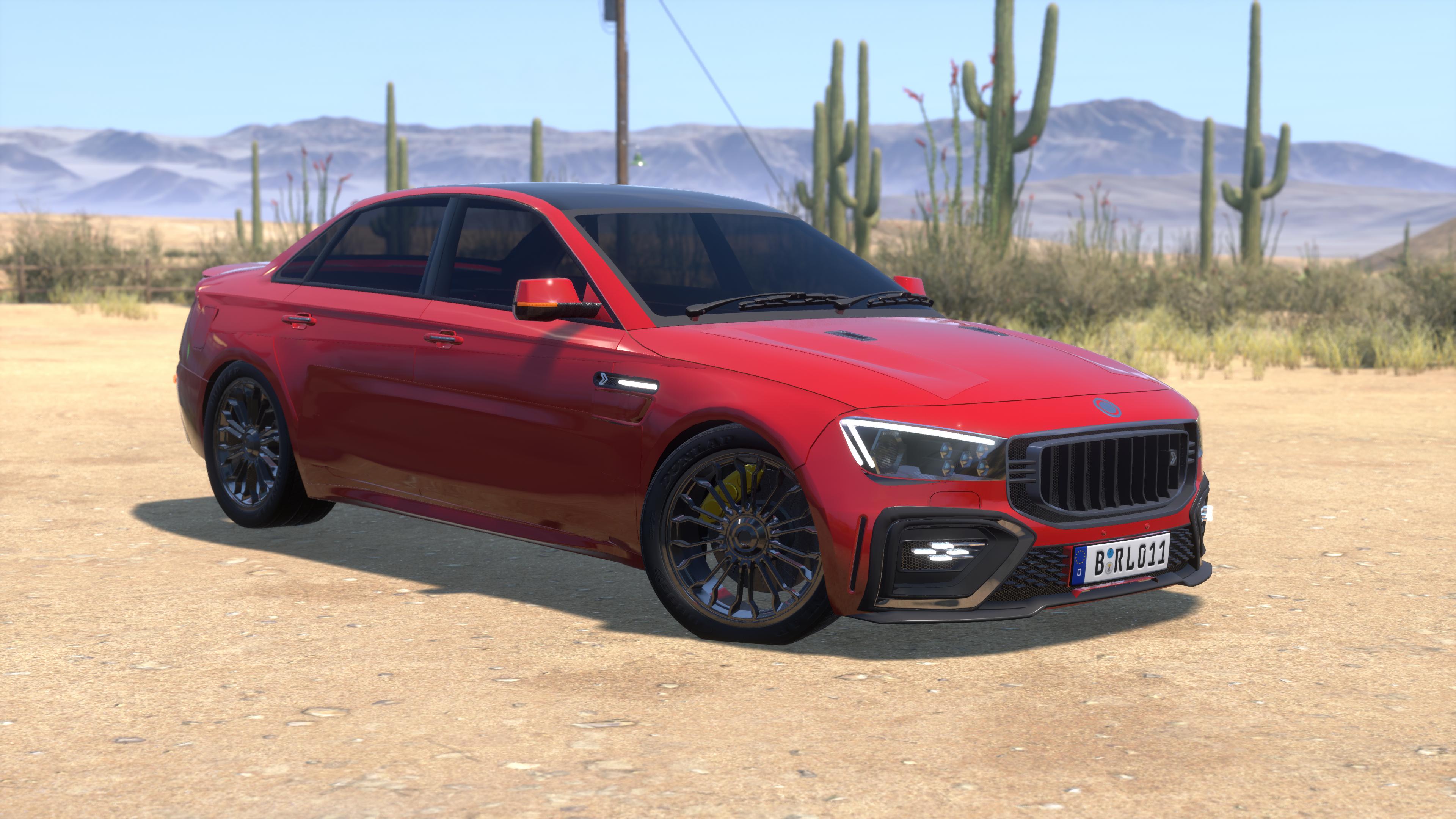 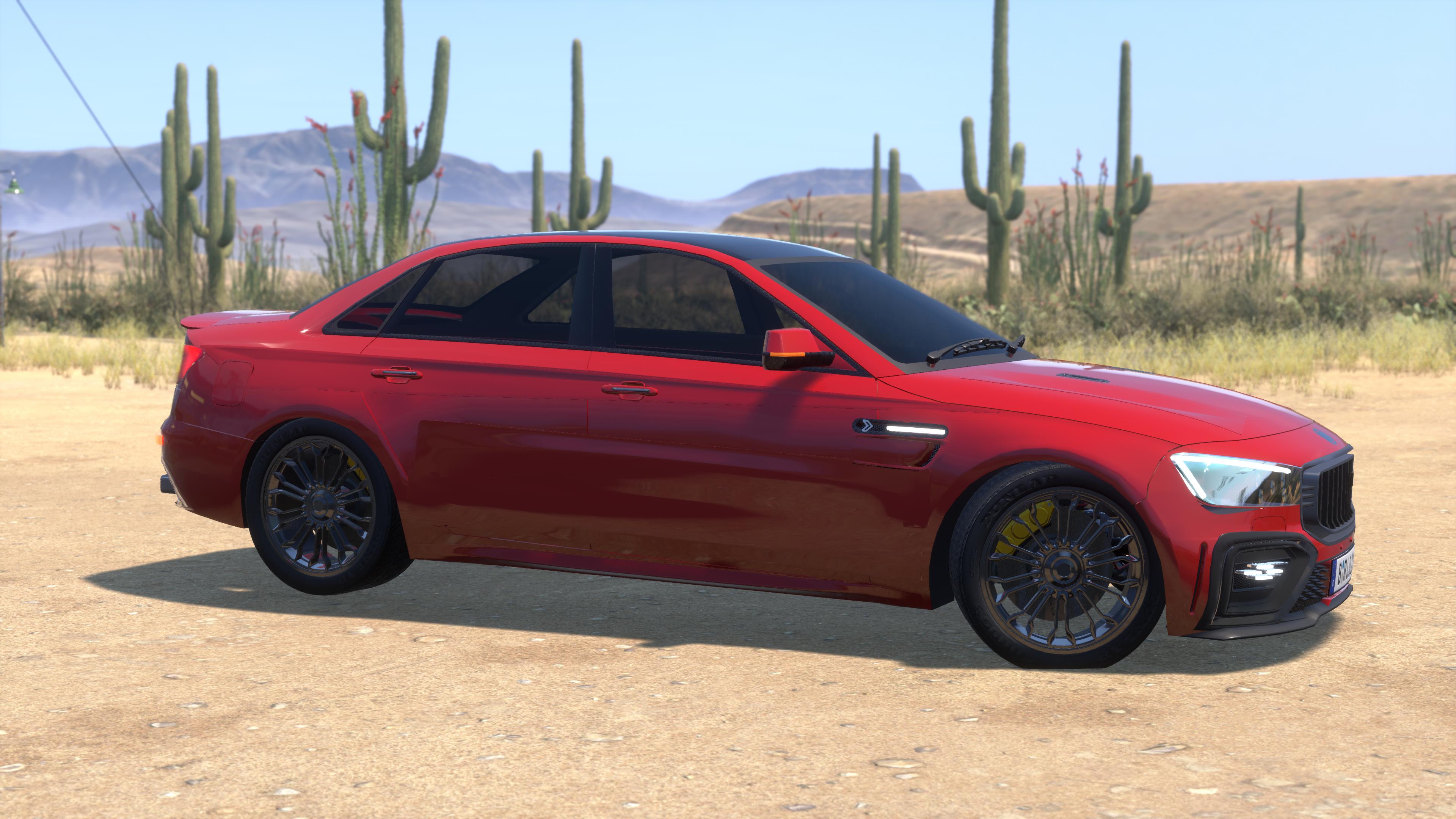 This, is different. This is the RS-R model, the performance flagship of the F5, which is equipped with a 4.0 liter twin-turbo V8, and generates nearly 50 more horsepower if compared to the “standard” 580hp RS-R. A 7-speed dual clutch gearbox powers all of its wheels, and 0-100 times only take up to just 3.4 seconds. 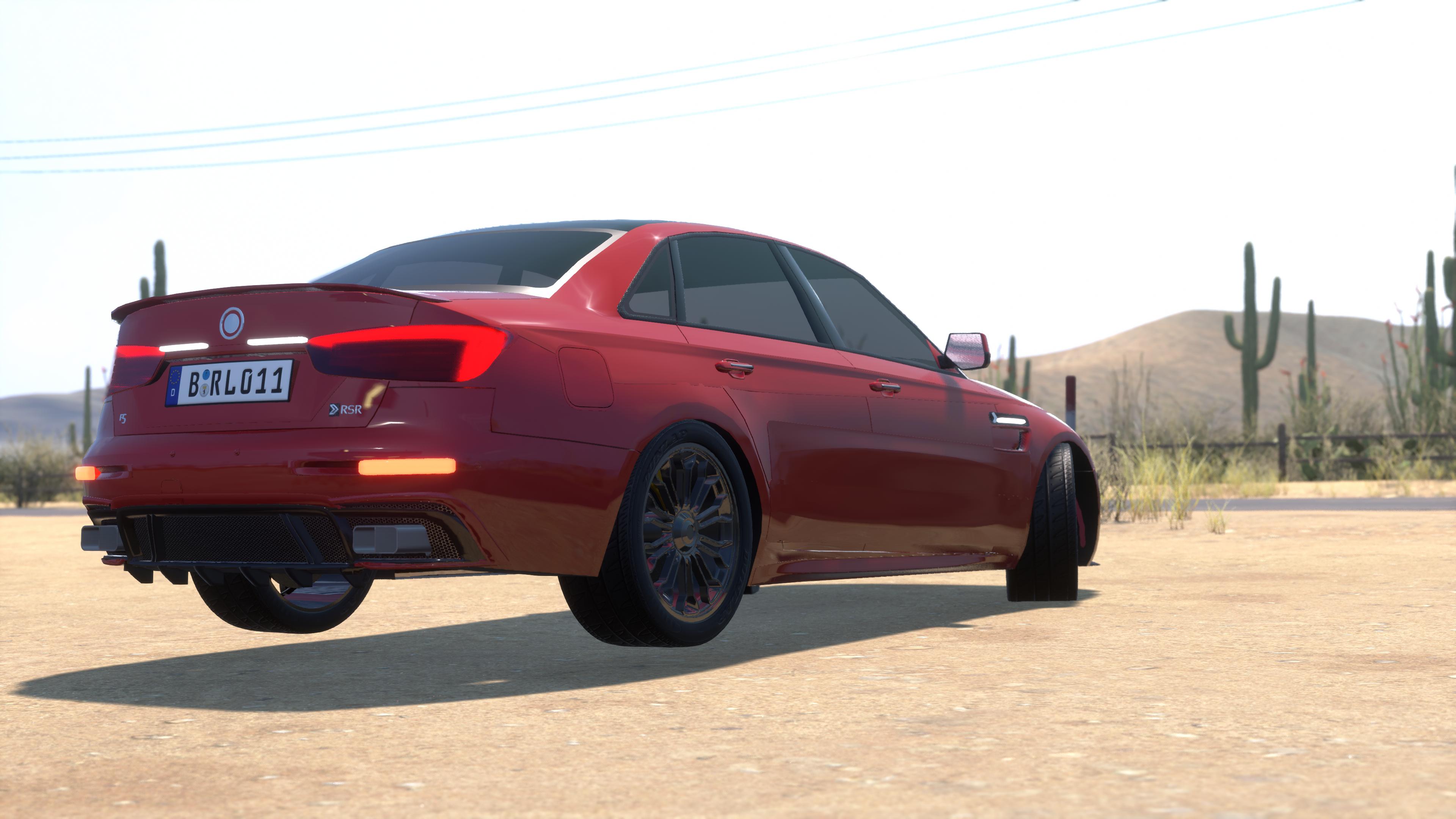 The car shown here, is equipped with the RS-R Performance Pack which gains a sportier suspension, carbon-ceramic brakes, 21 inch sport rims, high performance tires and the limiter moved to 300 km/h.