I want to report two small car bodies (city cars) bodies with an unusual high utility score compared to other cars. In both cases

Under the following settings, those scores can be achieved:

Both cars have a front transversial monocoque of galvanised steel with macpherson in the front and torsion beam in the rear and a partial aluminium body panels. The back end of these cars must be fully extended.

Trim settings
Gearbox: Manual, 4 or 5 gears, open
Wheels: 14 or 15 inch steel or alloy wheels (steel increases utility a bit) with the default settings from the game.
Brakes: 2 piston solid disk 275mm in the front and 275mm drum brakes on the rear axles
Aerodynamics: decent cooling and no wings or lips with no plating or semi-plating
Interior: 4 basic seats, basic entertainment with power steering, abs and electronic stability in 2003. Safety advancd or standard 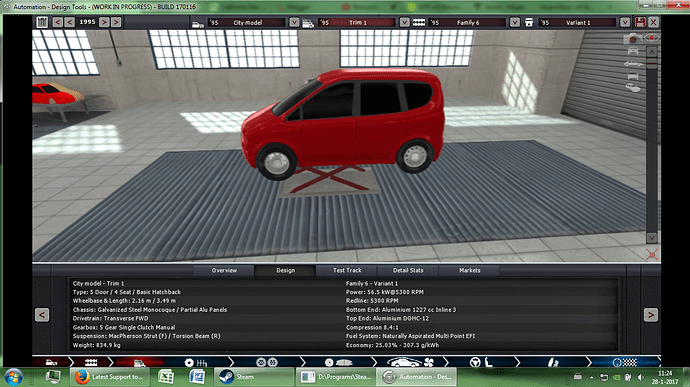 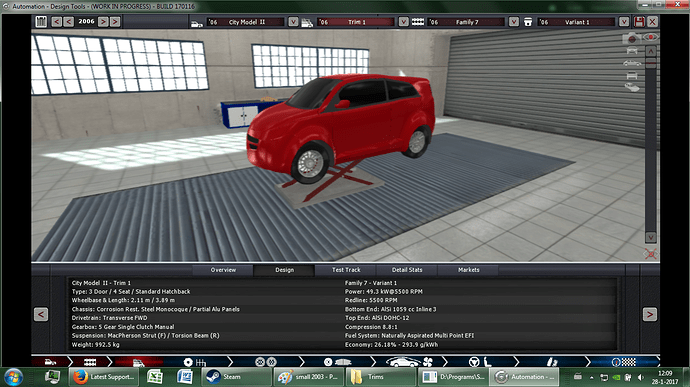 You’re probably right in that the cargo zone is improperly assigned, particularly as compared to the relatively large people mover body from 1985, that only has a cargo volume of 644-1370something L. How many seats do these cars take?

The easiest way to verify this is to go to the detailed stats page and click the utility tab. That’ll give you the full breakdown.

I took some pictures from the cars from the utility tab. Both cars have four seats. I goint to test the 2003 car with a rear engine setup. Going to check if there mayor differences in utility. 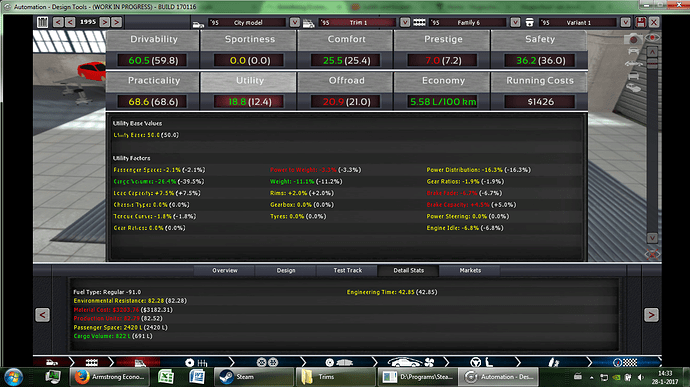 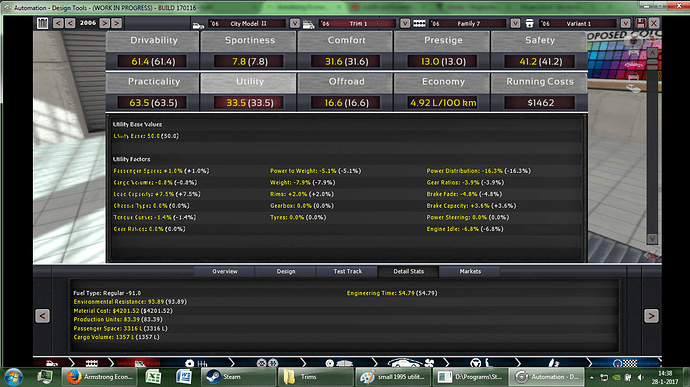 I did have a major impact on utility, as the cargo volume is about 1/3 with a RR setup instead of a FF setup. Also the car has a utility score of just 1.2 now, but still is the cargo volume with 427 liters still quite large, considering that the former engine bay functions as the cargo compartment now. The only thing I had to change was the suspension in the back, which is macpherson in the rear.

Here are the pictures for the rear wheel setup 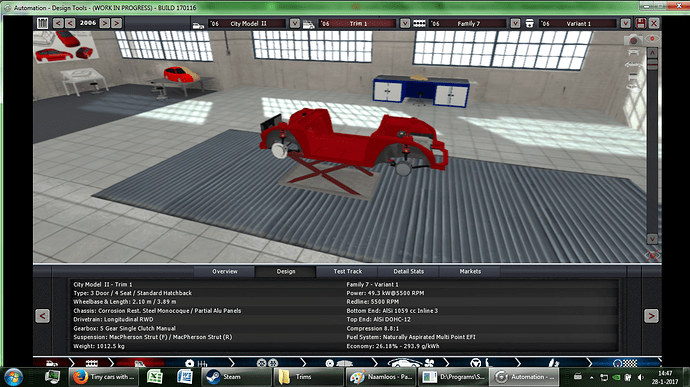 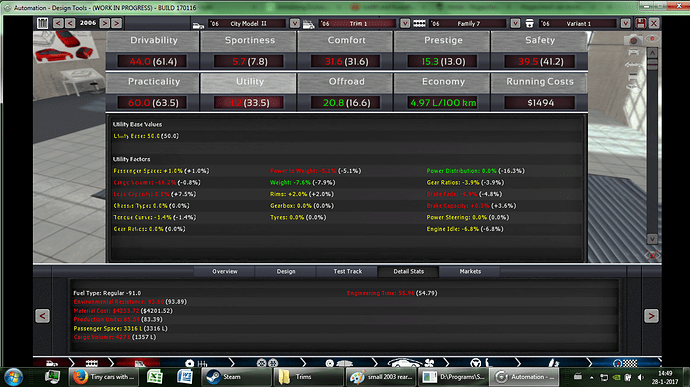 The smaller version of the 1995 body was created by reducing the car’s length to 88%,giving us a cargo box of 58x82x132 and an umorphed volume of appx 624.5 cu litres. It was a “rush job” to simply get a car of that size in place for the lite campaign.

There are two issue that I think need addressing,
1st the smaller car is probably too cramped in back so the cargo space needs to be shortened more than the original reduction.
2nd there is probably too much movement on the cargo box with some of the morph zones so that it increases volume far more than it should.

I will endeavour to resolve these, however it will not be before the UE version.

Thanks maffc for finding out what caused the problem and your willingness to resolve the problem.

That is up to the mods to make, the Dev team alone cannot focus all resources on only making bodies.

Including the Vivaro into the game would certainly help. Scaling down the Vivaro would then cover that market.

Not immediately. The UE port is more focussed on function as the game is now banging into the limits of the current engine.
That is not to say there won’t be any new content when UE arrives.